Like River I generally run with a theme. This week the garden has been going gang-busters.  As have the weeds.  I have been ignoring the weeds and carefully not photographing them either.  Everything else?  My trigger finger was getting sore.  And there are more things out each day.  Which is just as well - the cockatoos (bless their black hearts) have been snapping the tulip flowers off as they open.  Hiss and spit. 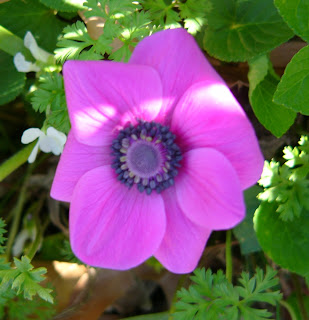 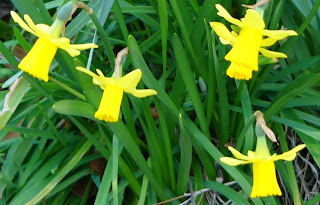 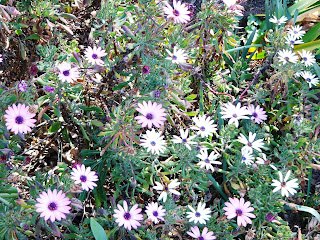 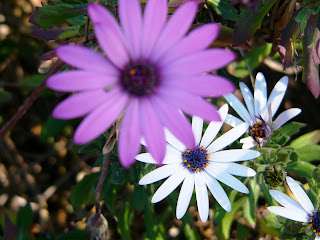 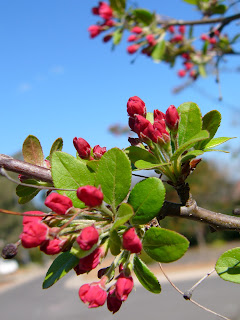 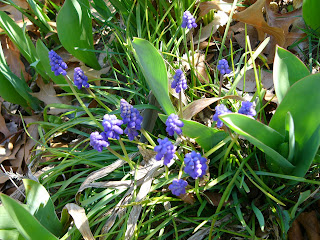 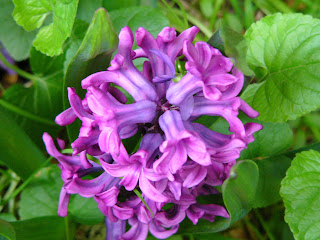 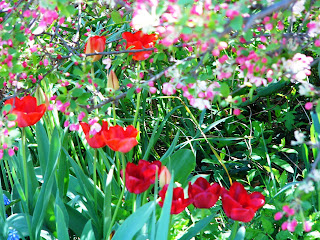 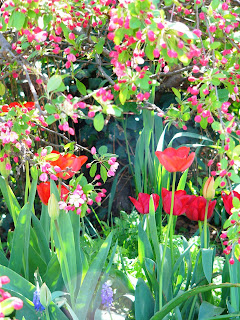 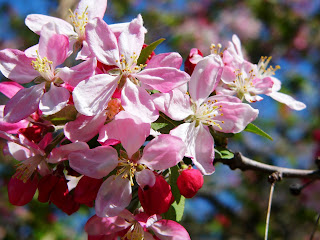 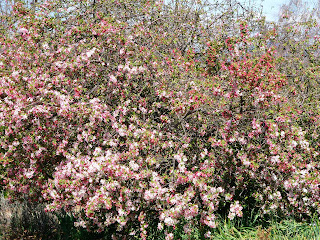 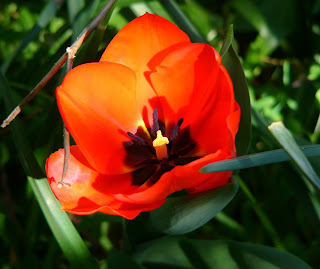 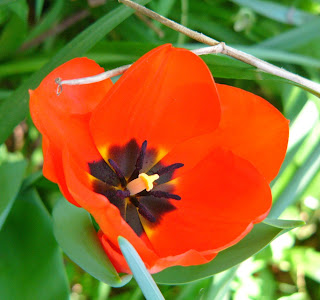 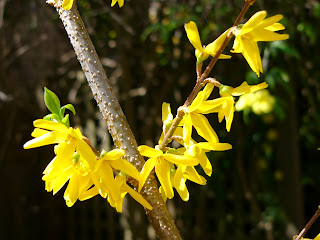 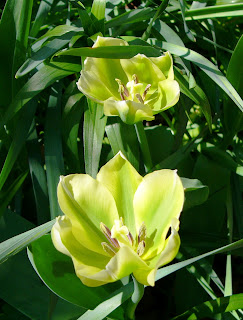 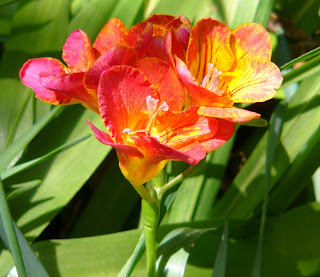 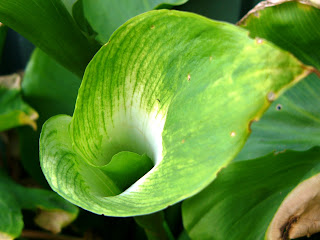 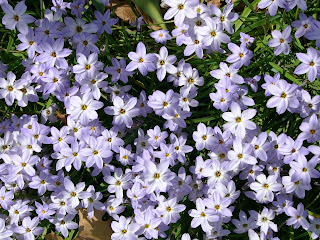 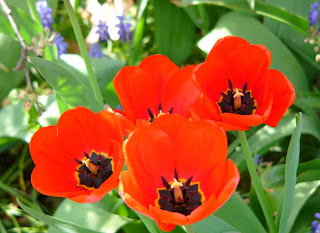 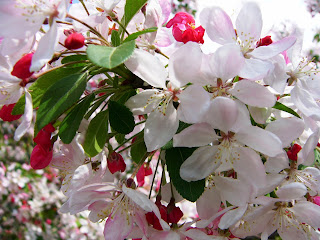 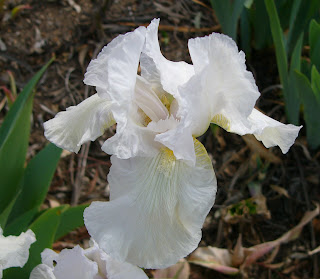 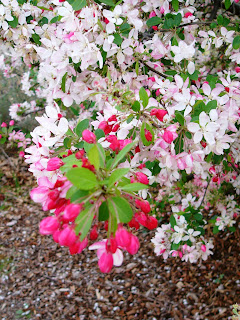 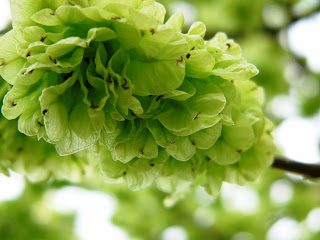 And this is the vase filled with some of the tulips that the cockatoos beheaded.  None of them were left with stems more than two inches long. 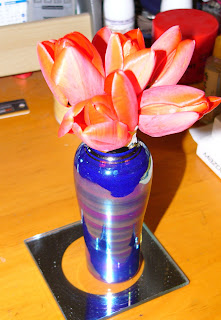