The meme is now continued by River at Drifting through life.  River has been having some trouble adding photos to her posts and may not be with us today, though I really, really hope she is.

Like River I generally run with a theme. Today I am featuring the Christmas or orchid cactus (I have heard it called both).  It is one of the easiest plants I know of to grow.  It doesn't mind heat or frost.  It likes a bit of water - but is happy if it doesn't get it.  It doesn't need any particular type of soil - and will grow quite happily in what can only be described as dirt.  And this very forgiving plant produces blazes of colour (it breeds well too).  What is not to love. 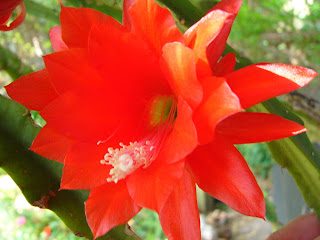 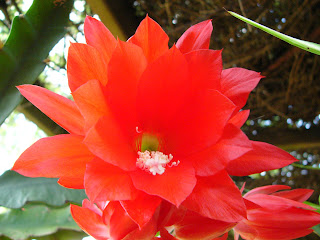 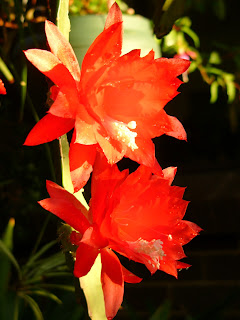 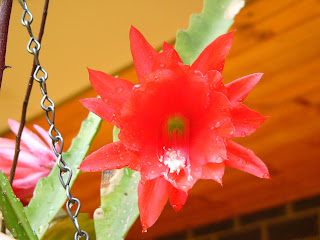 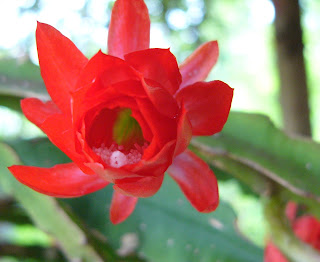 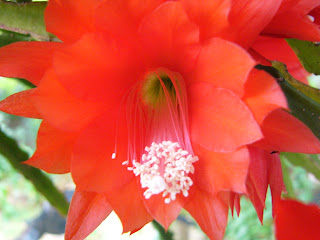 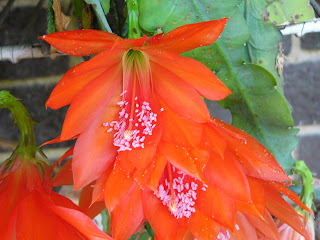 You will notice that some of them have pink stamens and some white.  I assume this means that they are different varieties of the plant, but the stamen colour is the only difference I can see.

Unsurprisingly the cockatoos have been known to pull them apart and scatter the pieces with gay abandon.  I prefer this act of destruction to one of their others which is to uproot my tulip bulbs just as they come into flower.
Posted by Elephant's Child at 06:45