Like River I usually run with a theme.  This week I am returning to my avian obsession.  Birds, birds and more birds. 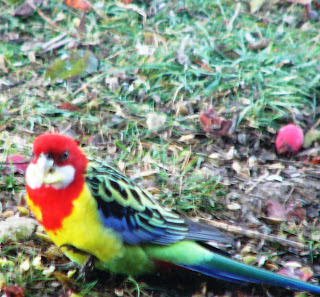 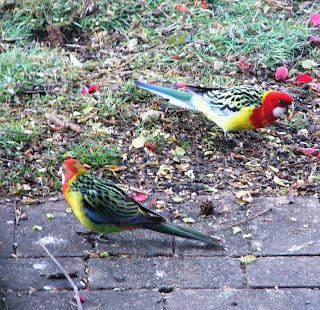 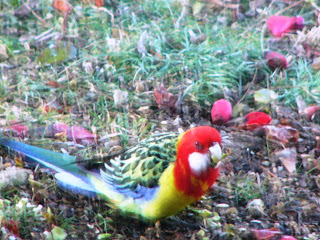 The Eastern rosellas adore apple (which for some reason has to be green).  The cockatoos and corellas also love it - and throw pieces to the ground.  Where they are not wasted.  Never wasted. 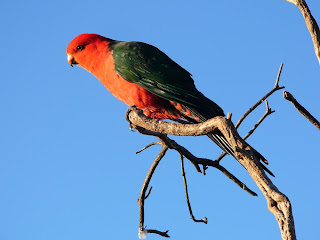 This male King Parrot was making it clear that sustenance was required.  And then his female companion ate from my hand.  Bliss. 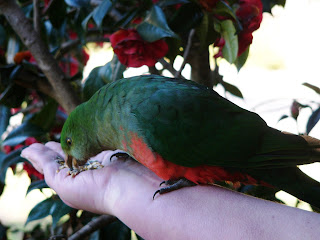 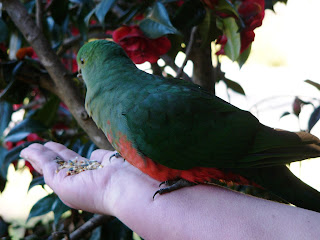 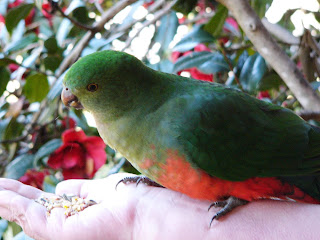 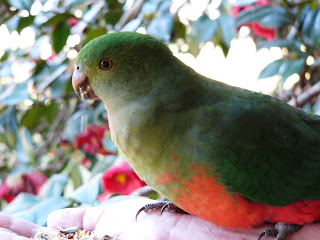 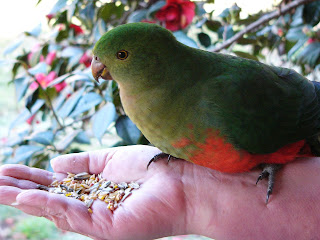 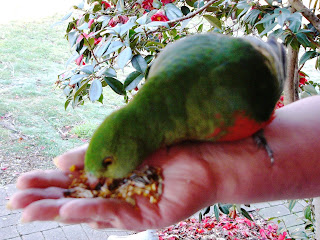 There are some other birds visiting at the moment who are more camera shy:  Bearded Ravens, Wattle Birds and Spotted Pardalotes.  With luck, all of them will feature here soon.
Posted by Elephant's Child at 06:00