Like River I usually run with a theme. This week?  I am cheating a bit.

These aren't my photos.  They are ones from the smaller's portions holiday.  Before he left he purchased a global roaming SIM card.  We tested it.  It worked.  In Iran it doesn't.  He can send and receive texts.  No phone calls.

So far he is enjoying himself immensely.  On his first day in Mashad he was sitting at a 'bench looking at my map to see where I was and met a retired artist and his friend.  Had an interesting chat about Iran, they ended up giving me some nice dates and then showed me where the hotel was.  Typical Iranian hospitality'.

I doubt that a foreigner in Australia could expect such kindness.

The first two photos are from Mashad, 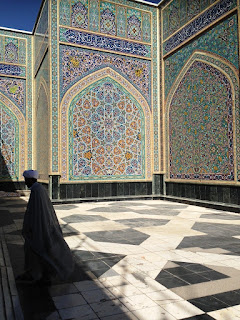 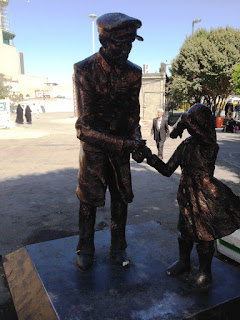 He then moved on to Isfahan. 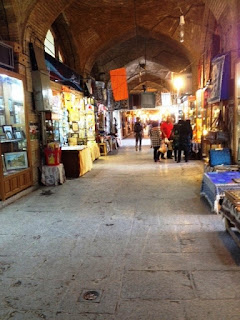 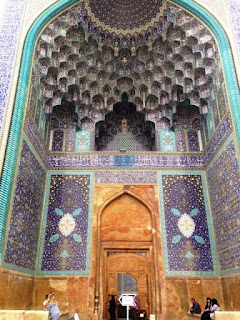 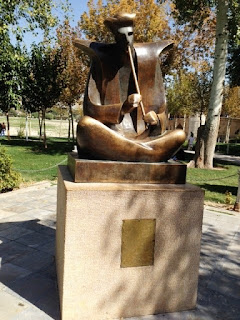 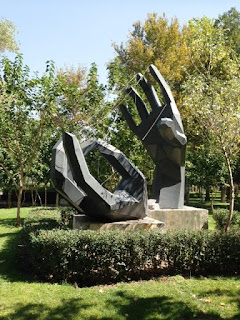 Sorry I can't give you any details.  I am a bit surprised at the statues though - not what I expected at all.

This next one came with the notation:  'The river was dry'.  Very dry. 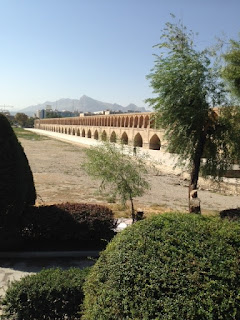 My final photo for the day is completely off topic.  Andrew had a post yesterday where he discussed gooniebags - the bladder from within wine casks.  I mentioned that we have a statue in town which has been given that name, and he asked to see a photo. 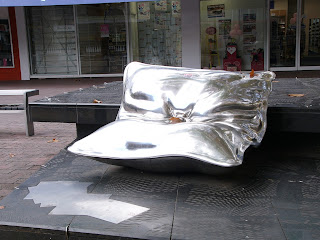 I have seen people blow up the bladder and use them as pillows too.
Posted by Elephant's Child at 05:22