Like River I usually run with a theme.  This week?  I would be very, very remiss if I didn't start by wishing everyone a Very Happy New Year.  A much better year than the last, which was difficult for people the world over.

Starting with our night flowering cactus.  The blooms are huge - six or seven inches across, come out at night and last only one day.  I think the bud looks remarkably phallic - but that may be just me. 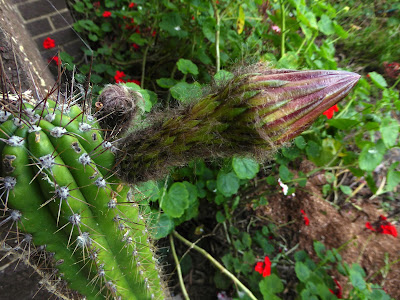 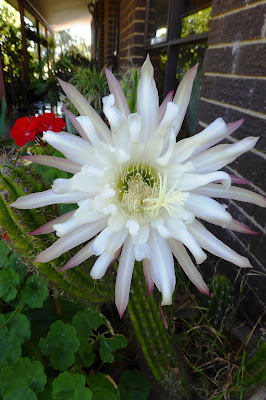 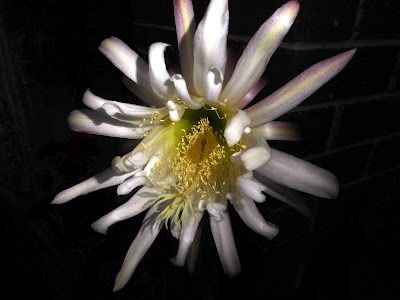 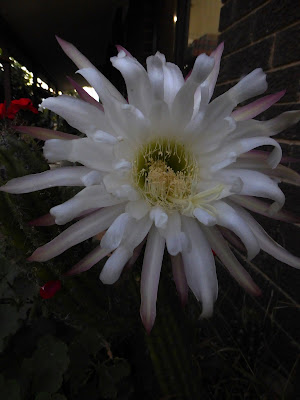 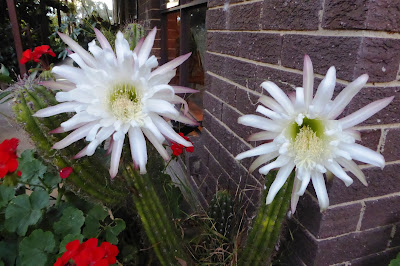 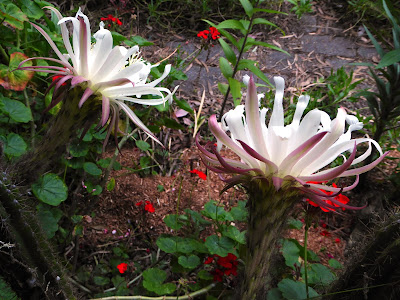 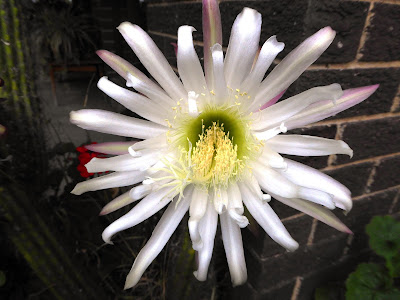 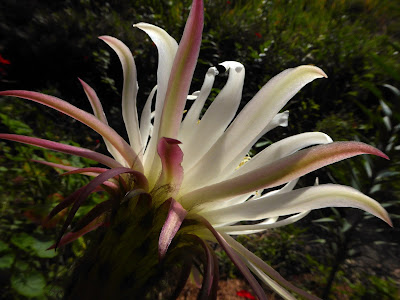 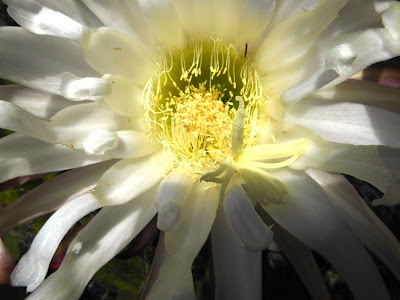 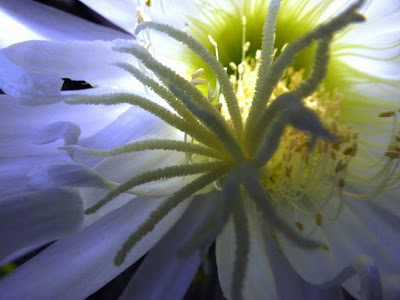 Not only is it a thing of beauty, it has a pleasant scent as well.  Which is at least partial recompense for the number of times I have inadvertently brushed the parent plant and its rotten spines have broken off in my flesh.

Also flowering at the moment is a much smaller cactus.  Unscented, but its flowers are much more prolific and last longer. 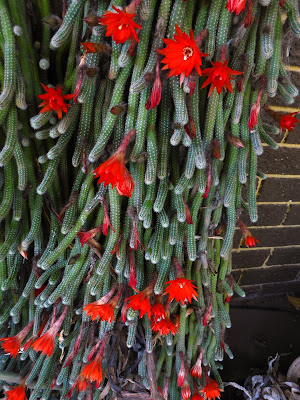 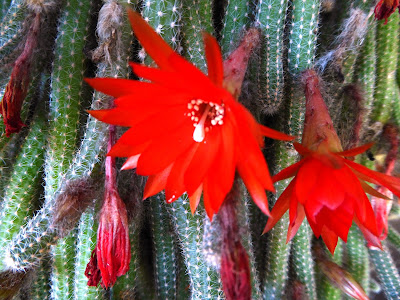 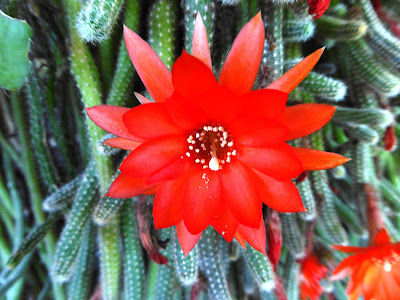 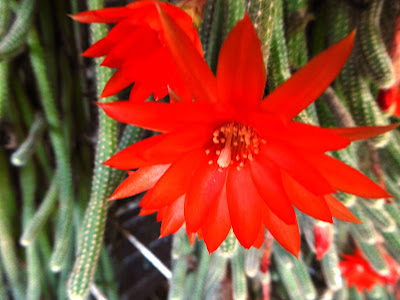 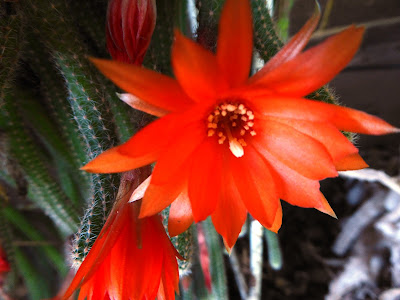 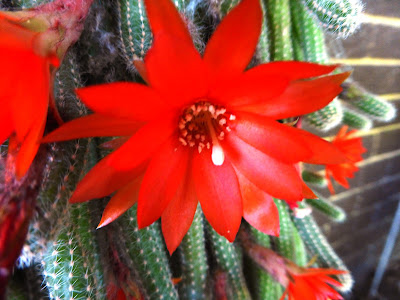 I hope the year(s) to come are full of wonderous things, love and laughter for us all.
Posted by Elephant's Child at 05:31