Like River I usually run with a theme.  This week?  More from the Tommy Tourist Trail, specifically from Telstra Tower and the nearby National Botanic Gardens. 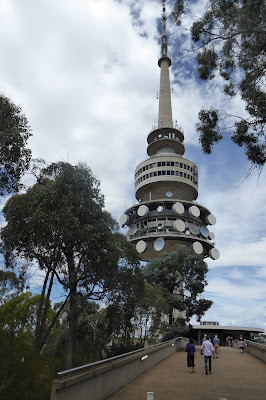 There is (or was) a revolving restaurant in that tower.  I have never been, but I understand the views at night are spectacular (matched by the prices in the restaurant). 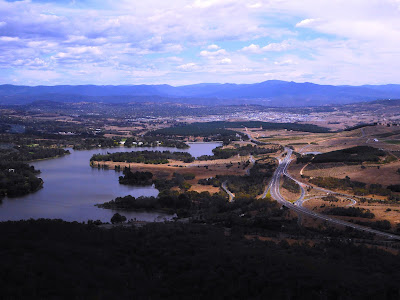 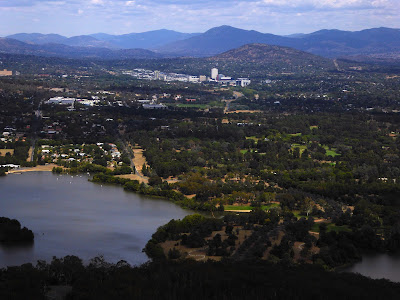 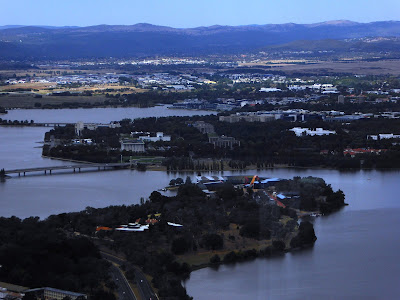 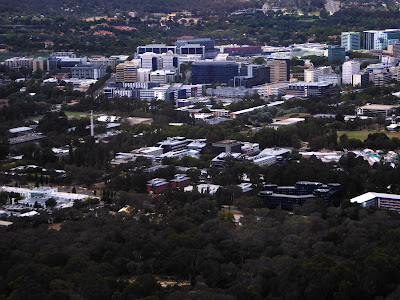 The centre of our city (such as it is).  Despite being the Nation's capital, we are also a large country town.  Which I like and some people loathe. 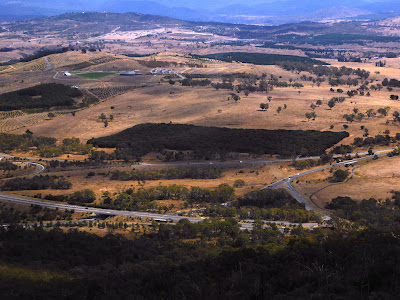 We have had a long hot summer, and the countryside shows it.  Fortunately over the last week or so there has been rain, and I expect those brown fields have at least a tinge of green again. 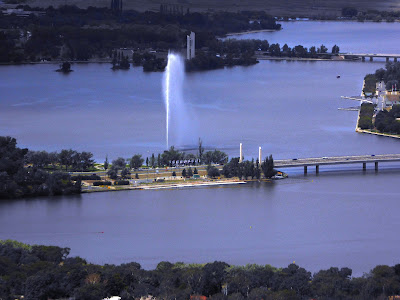 And then to the Botanic Gardens.  Telstra Tower stands on top of Black Mountain and the gardens are on its slopes.  It is an easy walk from the gardens to both the Australian National University and to the city. 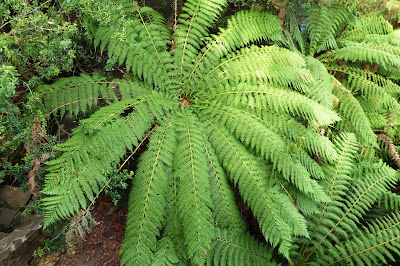 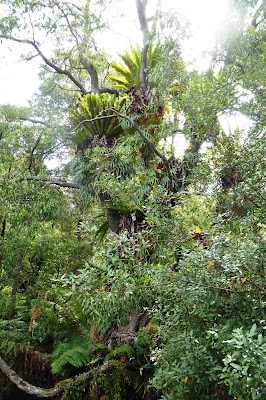 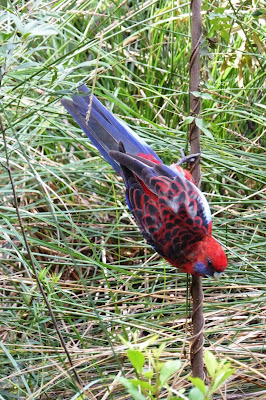 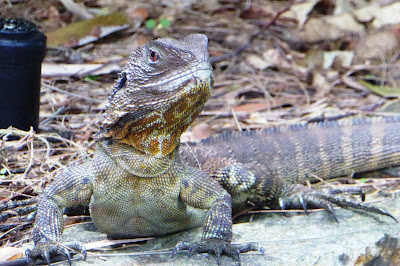 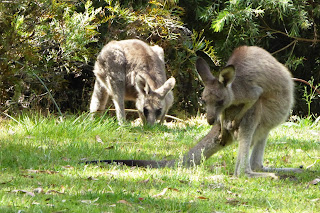 We got a kangaroo fix in the Botanic Gardens as well.  Indeed I think we saw kangaroos every day while himself's sister was with us. 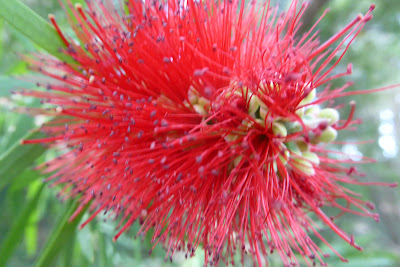 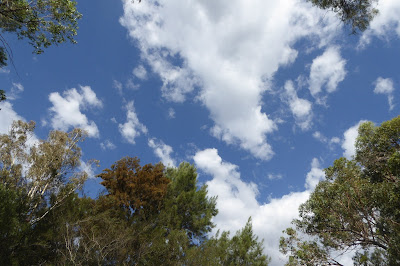 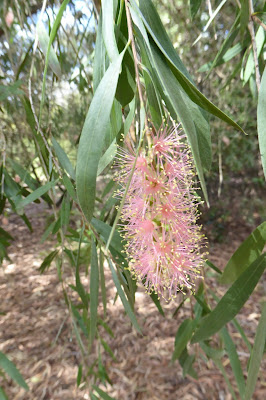 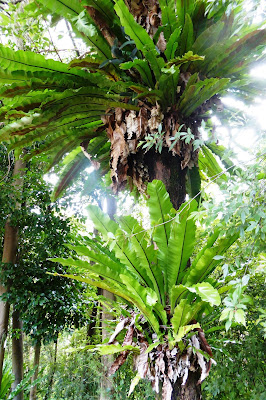 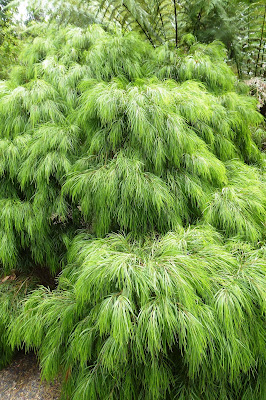 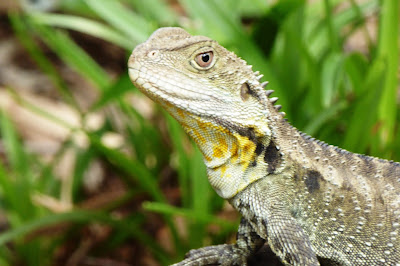 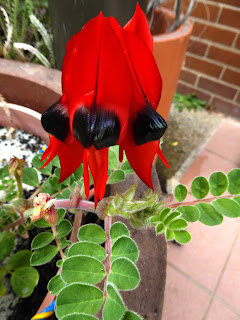 This final flower is Sturt's Desert Pea, South Australia's flora emblem.  It was blooming happily on the other side of the country - and has me considering tracking one down.

I do love the gardens.  A beautiful place, filled with bird song.  A haven for people, for birds, for insects, for animals and for reptiles.  Who seem to co-exist well.
Posted by Elephant's Child at 04:18