I usually run with a theme.  As I mentioned last week we have had himself's sister with us.  Despite the sad reason for the visit we found some beauty (much needed beauty).  Her part of Australia really doesn't get autumn, so we chased around town looking for autumnal colour.  Our very dry summer meant that the autumnal colour was muted and rarer than usual - but it was still there.

Starting at the Arboretum. 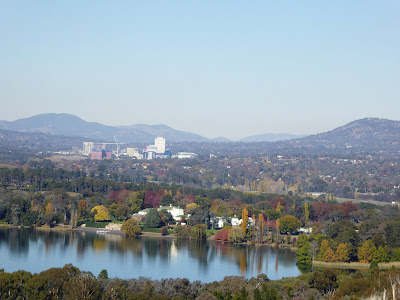 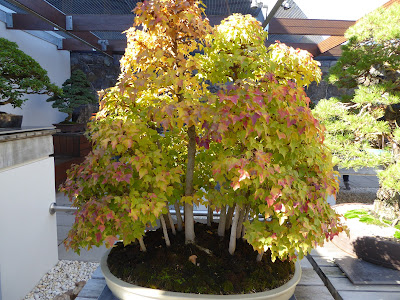 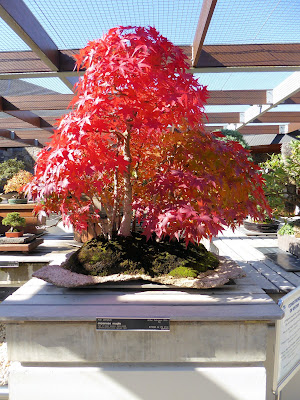 Even the bonsai were wearing autumnal robes 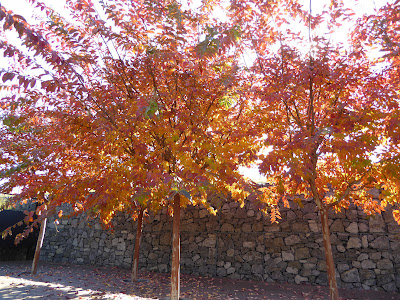 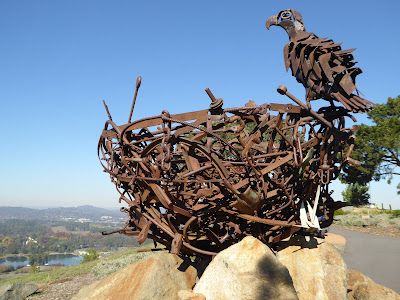 I adore Richard Moffat's Nest, and we visit it each time we go to the Arboretum. 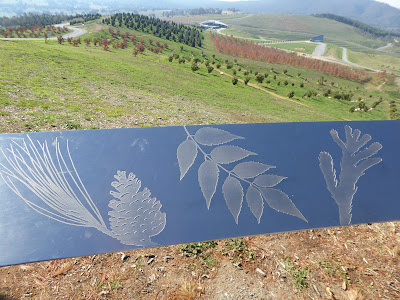 The detail on the railing around the nearby lookout is special too.

After the Arboretum we headed down to the lake for some more colour (and a kangaroo fix). 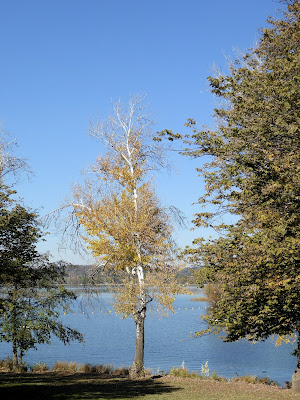 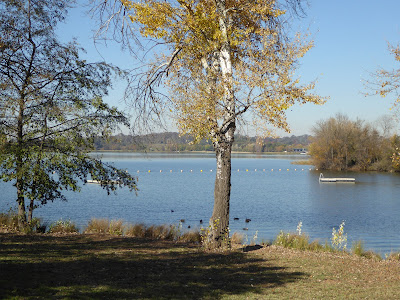 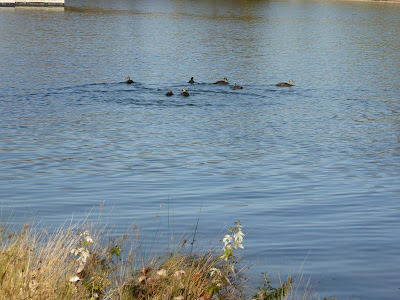 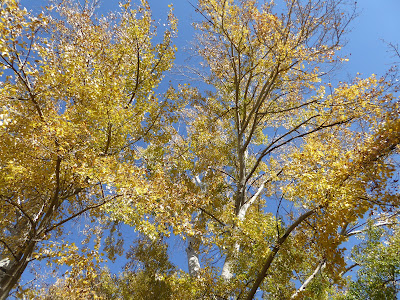 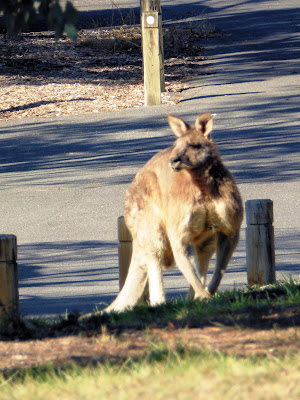 That is one very muscular roo. 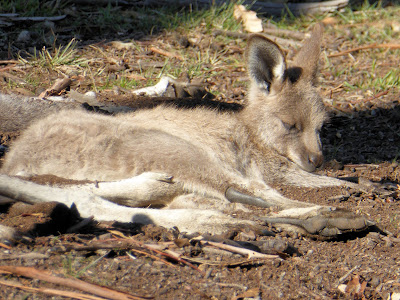 And that is one very tired (and cute) joey.

There is colour at home too.  Despite a couple of light frosts the tree dahlias are hanging in.  The tuberous begonias are on their last legs, but still lovely. 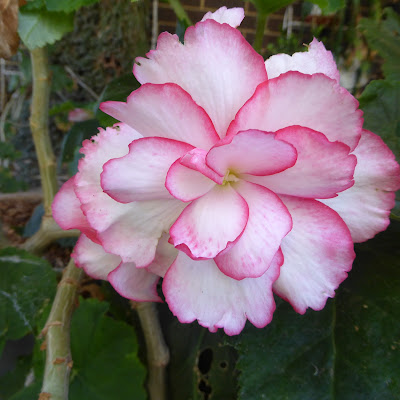 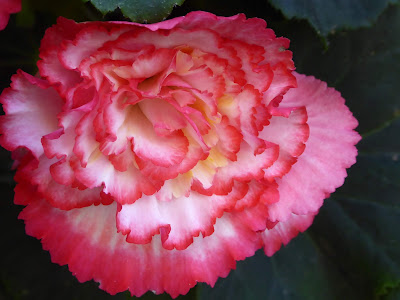 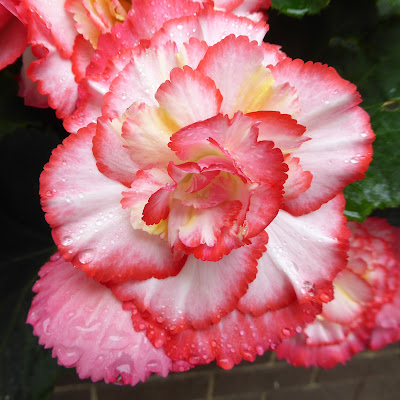 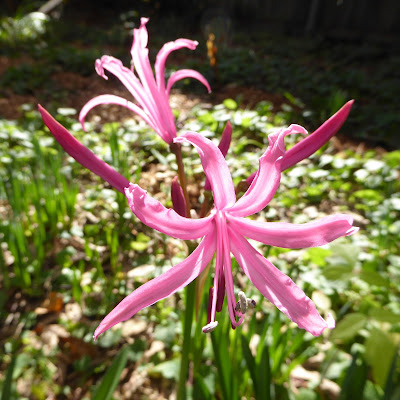 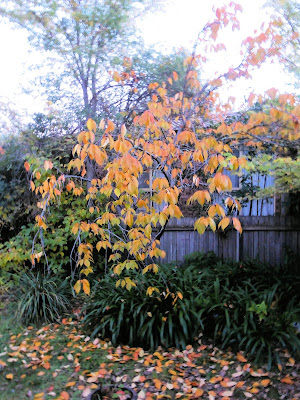 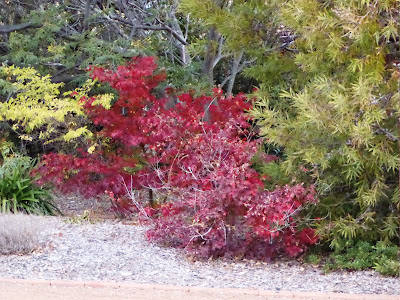 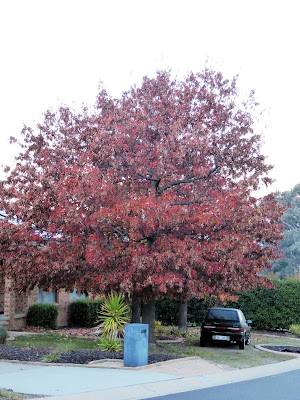 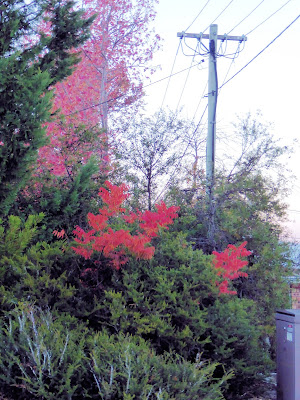 The trip to the funeral and back again was, as expected, draining.  Perhaps appropriately there was heavy fog for well over the first two hours of the drive in the morning.

The celebrant said something which I have been thinking about.  He said that grief is an expression of love we can no longer demonstrate.  What do you think?  I see his point, but have reservations.
Posted by Elephant's Child at 05:14