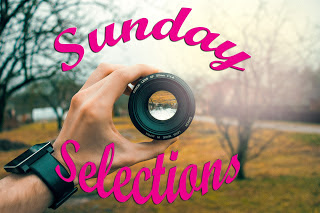 Huge thanks to Cie who gave me this wonderful Sunday Selections image.

I usually run with a theme.  I am again focussing on snippets from the preceding week.
The fire nearest to us continues to burn out of control.  It has spawned other fires which are also out of control.  We can still often see fires from our veranda.  Shots of the sun are beautiful and horrific. 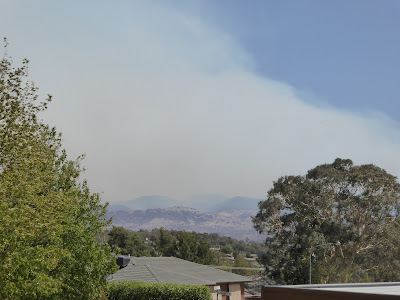 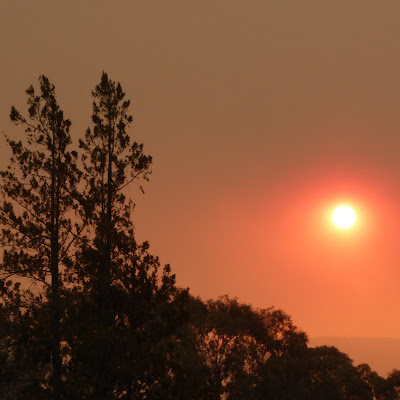 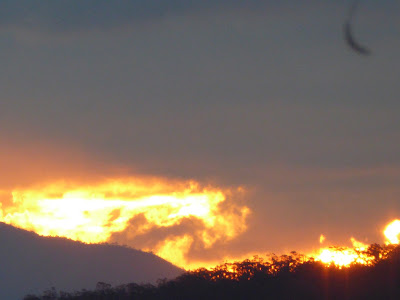 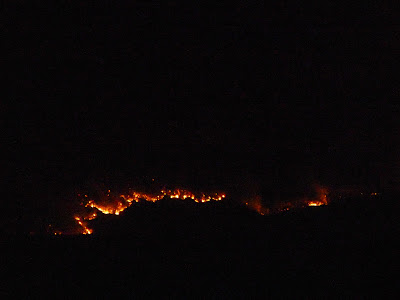 Some parts of Australia have had buckets of rain.  We have had insignificant dribbles.  We had 2.8 mm yesterday (0.10 of an inch).  More is predicted and my fingers and toes are tightly crossed in the hopes that the forecast is truthful.  I am also aware that some parts of New South Wales are expecting dangerous amounts of rain and wind.  This really hasn't been a gentle season for anyone.

We have however had less smoke (most days) and some lovely hopeful dawns. 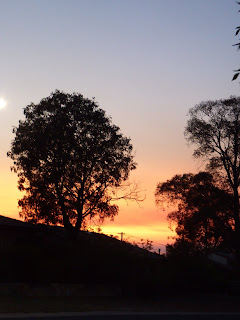 I continue to revel in the birds at home.  Corellas this time (for Susan Kane). 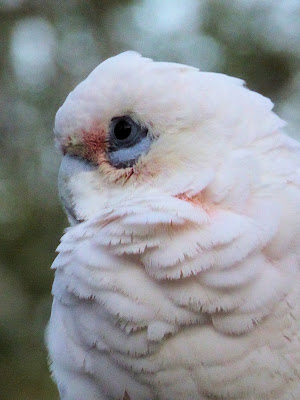 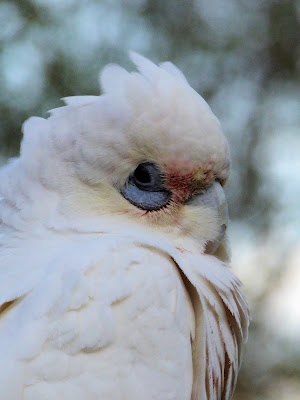 Of course we have been down the lake again. 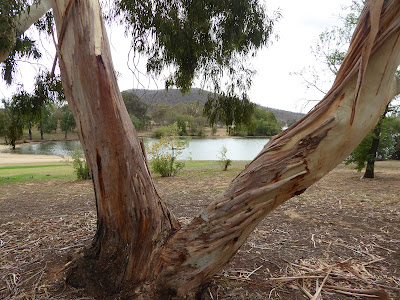 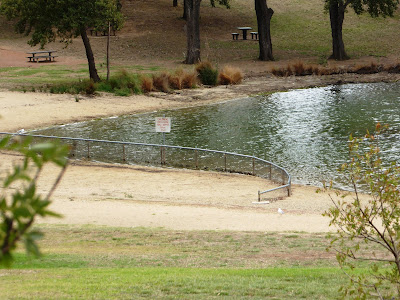 That curved fence above shows just how dry we have been, and for how long.  Ordinarily that curve is the outside edge of children's swimming area!!!   While the firefighter's have probably been loading the water bombers from the lake I can never remember seeing the level diminished so far.  Our Captain Cook Memorial jet has had to be turned off because the lake cannot sustain it. 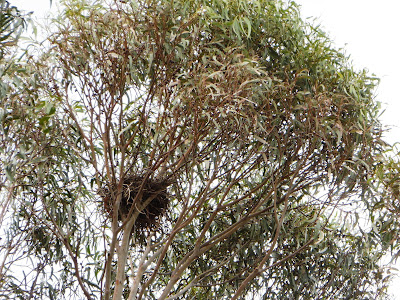 That is one big bird's nest. 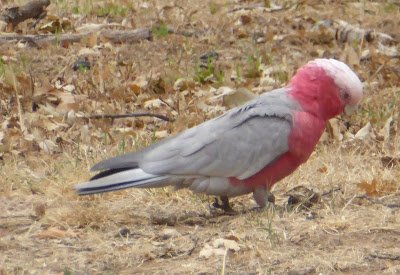 I do love our galahs. 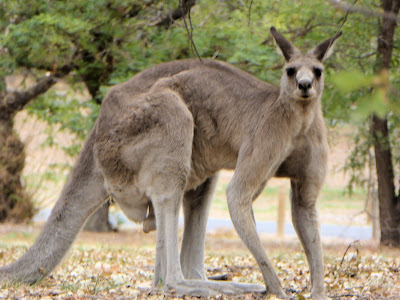 This old man roo could do with rather more feed too.

Lifeline had a bookfair this weekend.  And of course I felt 'obligated' to go and spend up big to support it. 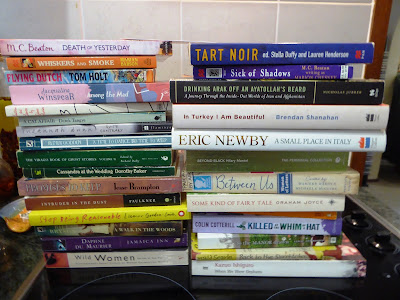 Mostly non-fiction but with some lighter reads thrown in. 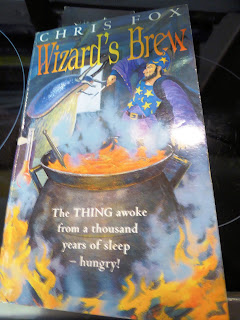 And speaking of books, this one landed in my letter box with no attribution this week.

If any of you sent it to me, many, many thanks.  Wizards (some decidedly second rate) exploding artificial green dragons and carnivorous giant slugs are a welcome distraction from reality at the moment.