I usually run with a theme. Years ago reading an essay the author said that the ambiance of her home was 'cluttered and dusty'.  I winced in rueful recognition.  The same could be said of our home (and my head).

It is decidedly cooler here, so I broke out the winter doona (duvet) cover of stylised frogs which I made years ago.  Yes, it needs (and didn't get) ironing but I hope you can see the frogs. 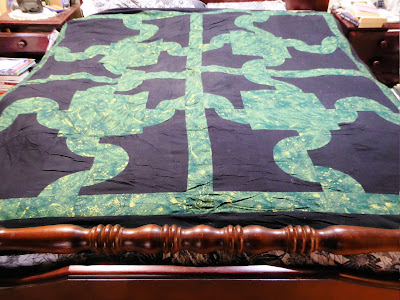 It occurred to me as I put the cover on (and those curves were a beast to sew) that despite firmly categorising myself as not creative there are other things in the house which I have made.  Here are some of them. 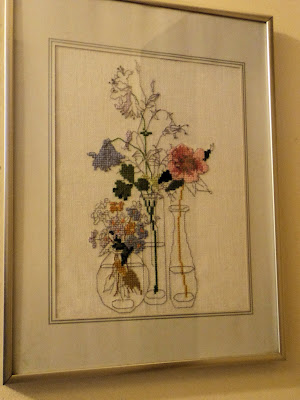 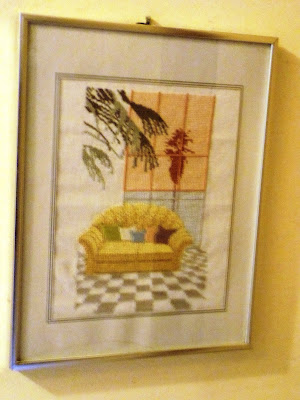 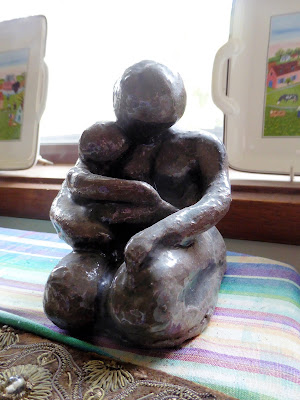 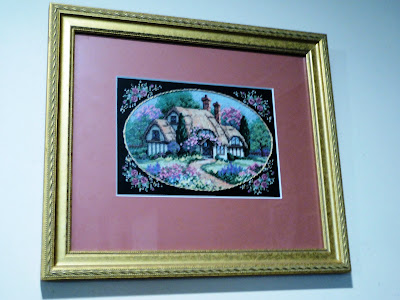 I made this for himself's mother.  When she was forced to move to a nursing home it was one of the items she insisted on taking with her, which was a huge compliment.  After her death it came back to us, and I think of her with affection when I see it. 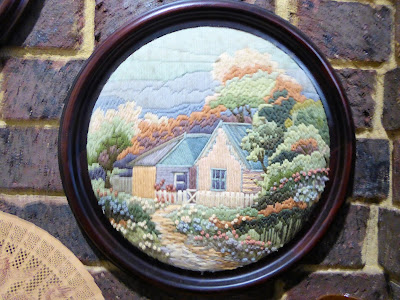 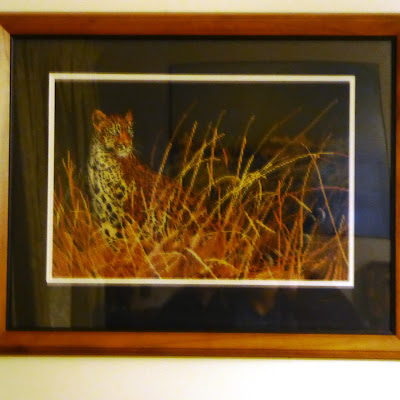 How I wish I had spent the extra money and got non reflective glass when I got these framed... 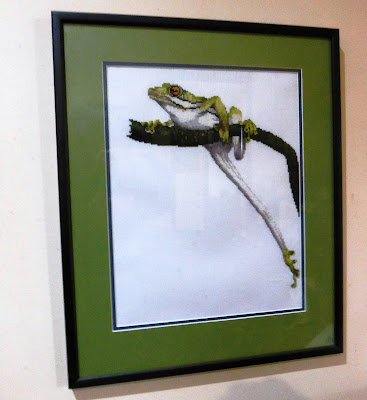 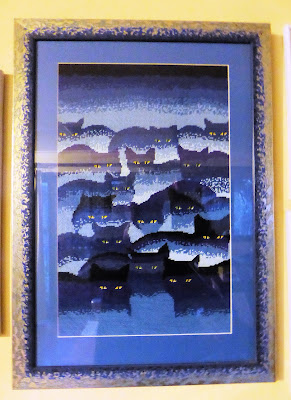 This one makes me think of a cat we had, the late and much lamented Medlyn.  I had completed about three quarters of the tapestry when he, resenting the attention I was paying to it and not him, piddled on it.  I sponged it down but was afraid that if I washed it I would lose the pattern.  Completing the tapestry was smelly and not fun.  I was very glad to put the last stitch in and give it a good wash.

And now I am going to return to a more usual Sunday Selections theme for me.  The king parrots have started returning from the hills in which they breed.  We are getting small flocks of them visiting most days.  I assume that the adults are returning visitors, and they bring the young ones with them which is lovely.  The adult males have the red heads and the females the green but it is harder to tell what sex the young ones are.  The males have an red beak and over the next few months their plumage will change too.  They look quite bizarre in the process and I will try and capture some photos as they transition to adult plumage. 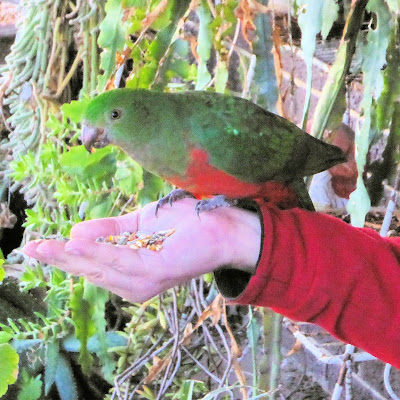 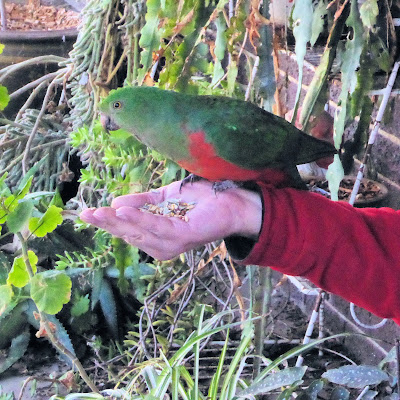 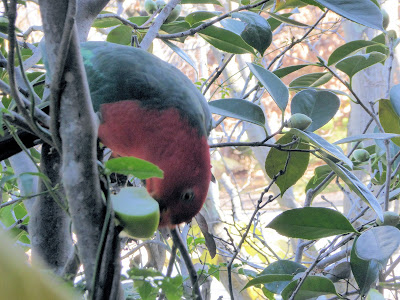 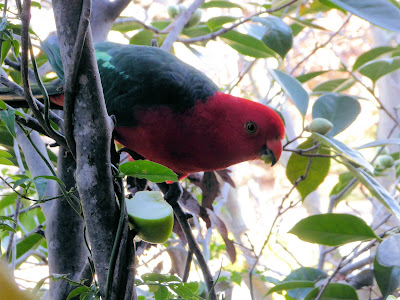 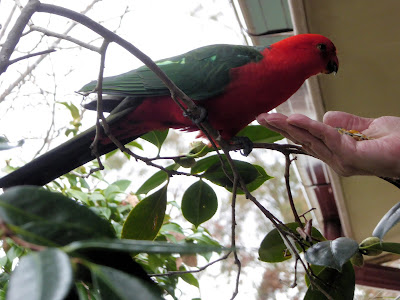 I hope your week is healthy, happy, colourful (and even creative).