I usually run with a theme. Wednesday of the week just gone was chilly.  Bright, clear and chilly.  So filled with anticipation I headed out just after first light to try to freeze bubbles.  And had some success.  Settle back with a beverage of your choice.  In my usual minimalist fashion there are lots of photos to come. 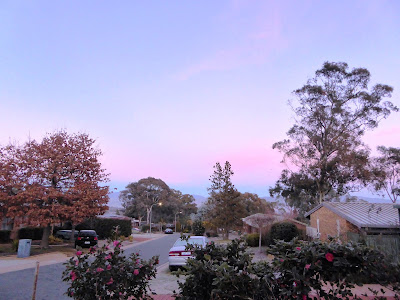 Dawn brought a soft blush to the sky. 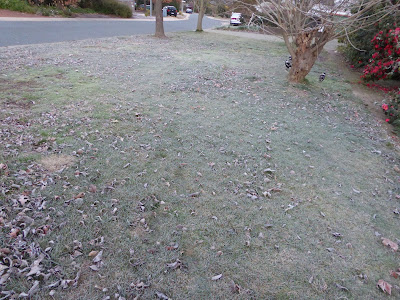 The ground was frosty - though it didn't seem to bother the magpies who were searching through the leaf litter for tasty treats. 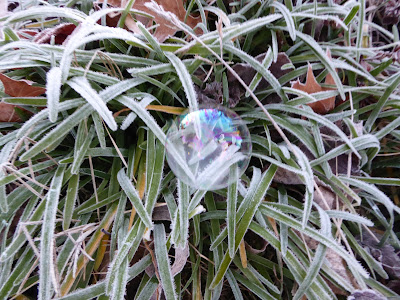 When the bubbles first land they are transparent with a beautiful iridescence. 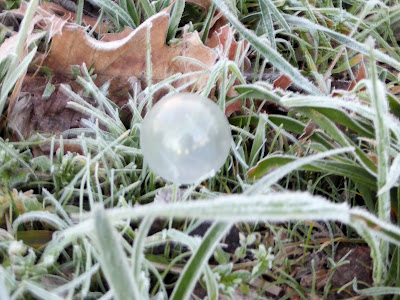 As they freeze they become opaque and the iridescence disappears. 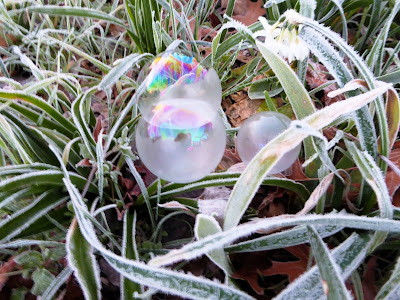 Remember this double bubble.  I will come back to it later. 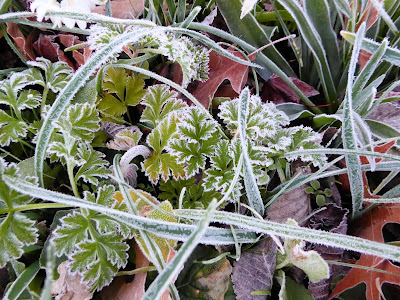 I adore the edging of frost around the anemone leaves.  I think of them as frost flowers. 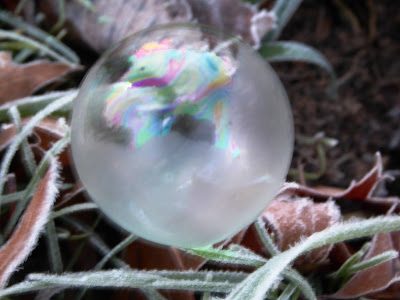 You can see that this bubble has started to freeze and the iridescence is limited to the very top. 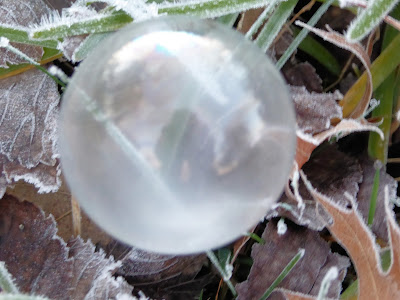 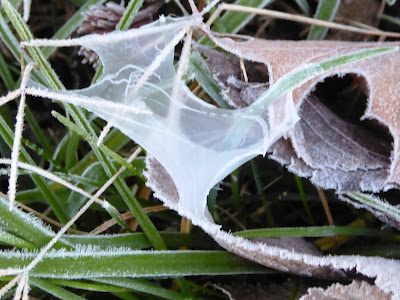 The bubbles fascinate me when they pop too.  Who knew that a frozen bubble would leave a shell behind it. 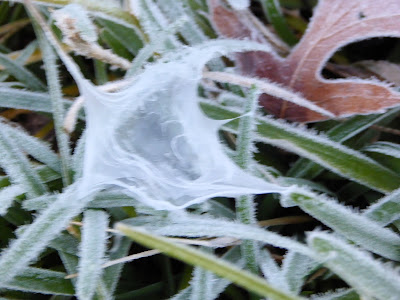 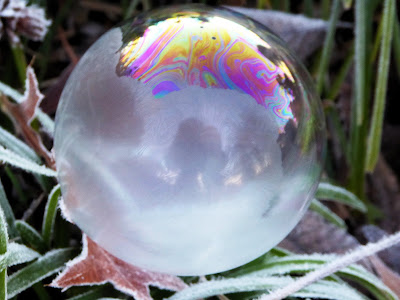 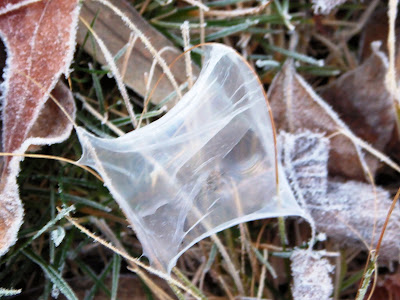 Or that a popped bubble could look like stretched chewing gum. 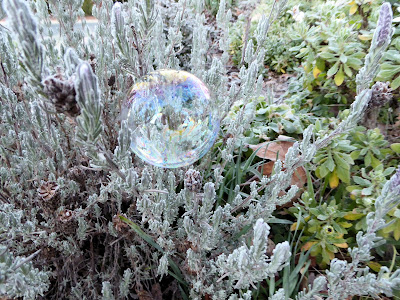 I liked the bubble which landed in the lavender.  Sadly it didn't last. 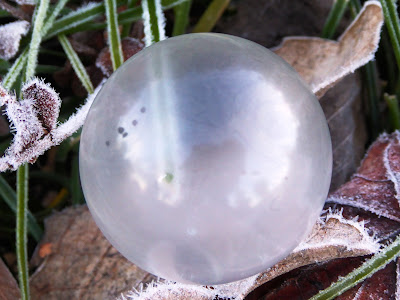 A close look at this bubble will show you that it has holes in it - but retains its shape. 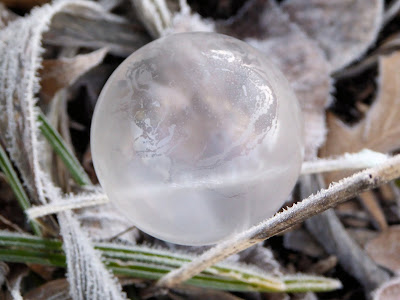 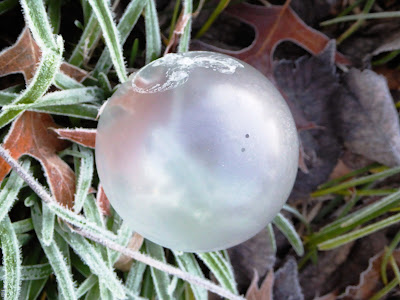 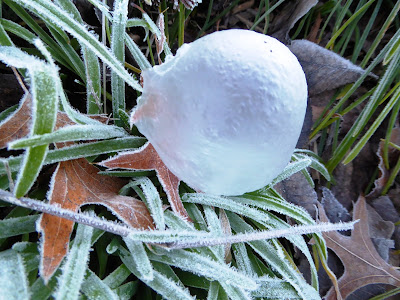 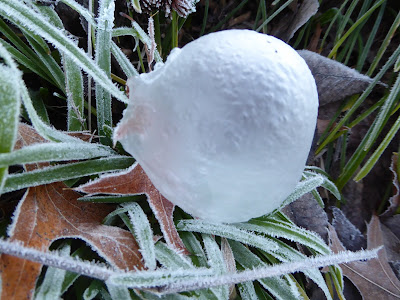 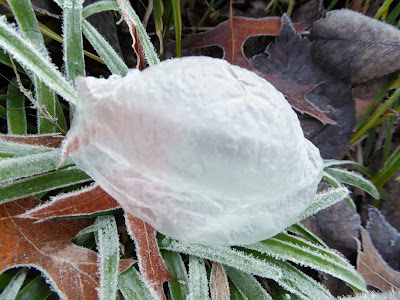 The series of photos above blows me away.  A soap bubble with a slow leak collapsing in on itself.

Just a few more photos now.  Ok I lied, several more photos.  I am returning to the bubbles I first blew and photographed.  They froze beautifully, and the frost was just starting to settle on those frozen bubbles when I came inside.  The double bubble (remember it) had lost its top bubble but the shell remained and it didn't pop its twin. 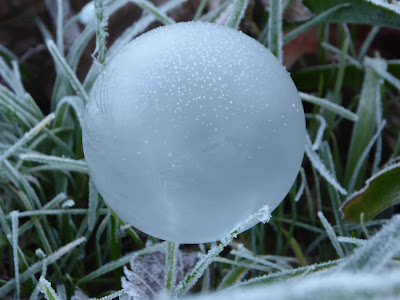 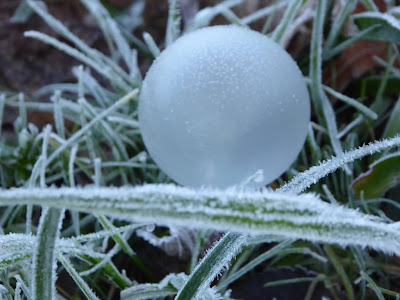 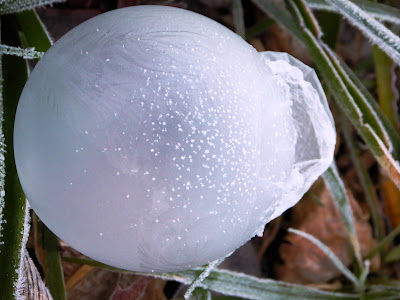 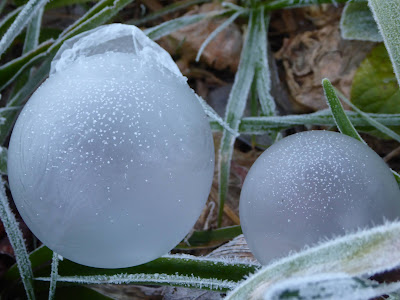 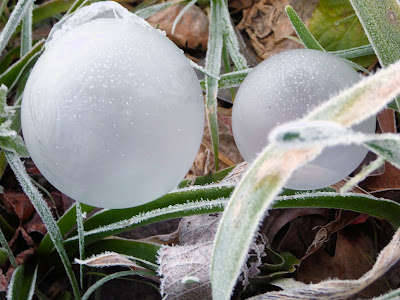 I was outside for a little over an hour and had a wonderful time.  It wasn't 'quite' cold enough.  I didn't succeed in decorating the lawn with a plethora of bubbles but was still smiling when I came in.  In an extra bonus, my ongoing nausea was at low levels and I could reward myself with a cup of tea.

I hope that you (and your inner children) also find fun in the week to come.