For the next few weeks I will post photos of a bird species a week in Sunday Selections. This week, for dinahmow, I am putting up some photos of wattle birds - which I finally managed to capture while they were not moving.  Wattle birds are another bird with attitude.  They are the first to wake in the morning - considerably before sparrow fart.  They swoop Jazz, more rarely Jewel and occasionally me if they think I am encroaching on their territory (which covers the entire yard, front and back).  They are also not averse to challenging the cockatoos, who are much, much bigger than they are.  When I finally managed to capture them not moving they were investigating the raspberry canes and scoffing unripe mulberries.  Grr.

If you can think of another bird you would like to see featured and I have the birds in one of my folders I would be very open to requests.

As usual, clicking on any of the photos will enlarge them. 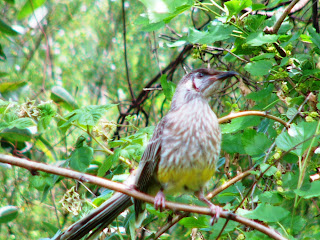 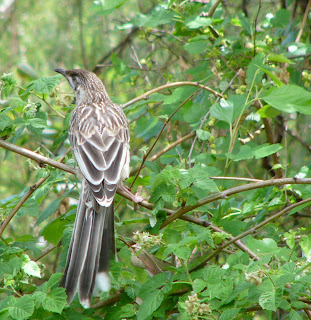 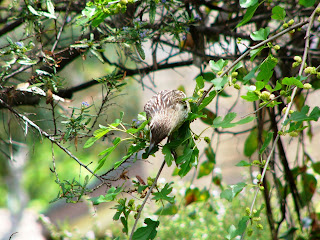 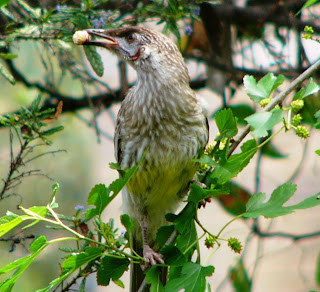 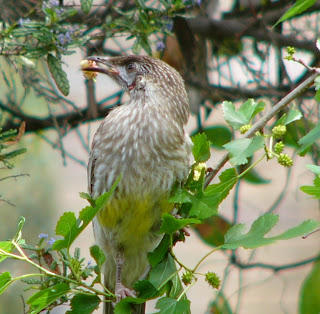 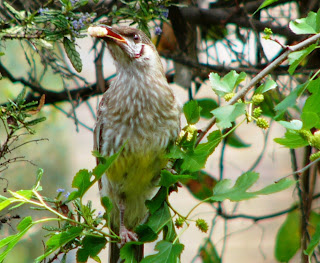 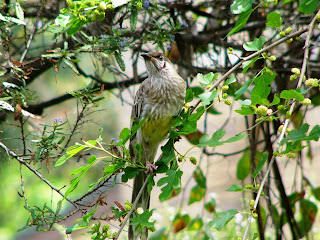 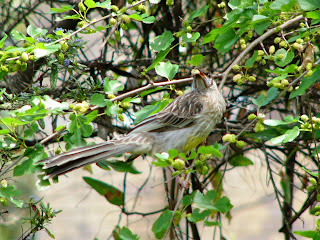