This week it is birds again.  For the last few days we have been watching an adolescent galah with some concern.  He appears to have left the nest too early (or been abandoned) and is more than a little confused.  He is at our place for much of each day.  There is food in plenty for him, but we would feel happier if he learnt more behaviour appropriate to his species.  He is rarely seen with galahs, preferring the company of corellas and wood doves.  He also doesn't know enough to get out of the way of me - I was able to walk within a couple of feet of him before he ambled away.  He also has no fear of the car.   My smaller portion had to stop the car twice while reversing out on Friday. 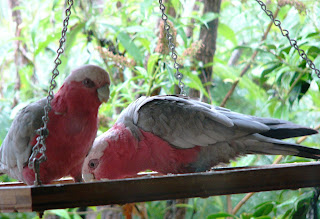 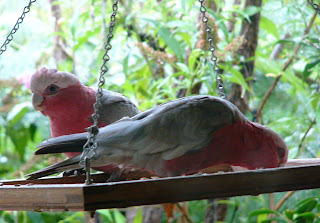 The colours in the fledglings are more muted, and look like the photos below.  The topknot seems to stay largely pink until adulthood. 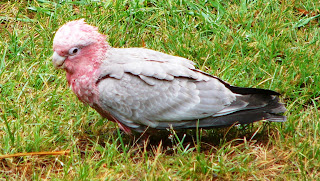 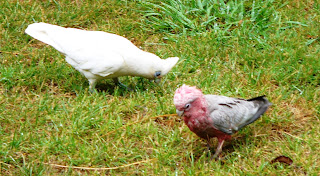 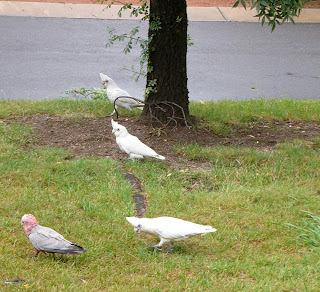 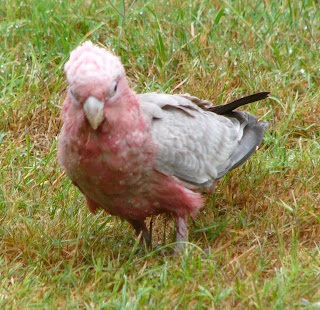 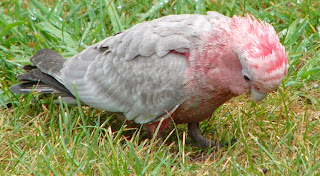 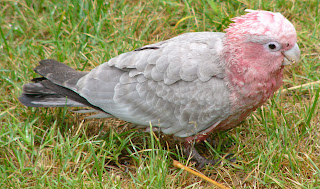 He appears to be male.  The females have a red iris while the males have a brown one.
Posted by Elephant's Child at 11:16