When we went to visit the Smaller Portion yesterday there were many, many cockatoos wheeling through the air.  A significant number had large pieces of bread in their beaks.  Those that didn't were trying to steal from those that did.  So we enjoyed a lovely quarter hour watching their antics - at least some hospital food is appreciated.  As always, clicking on the photos will enlarge them. 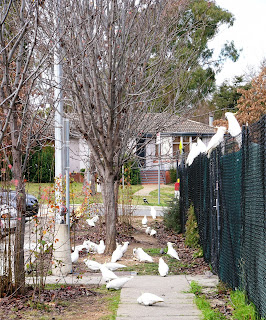 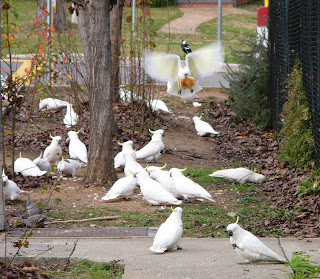 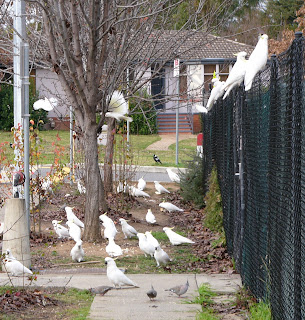 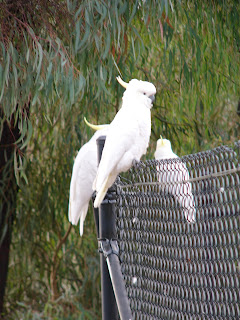 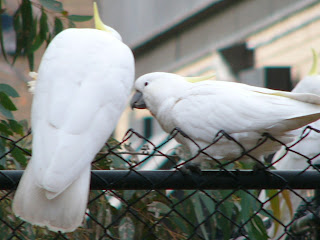 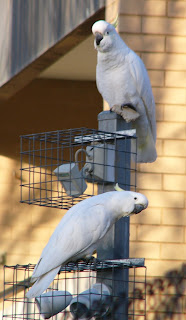 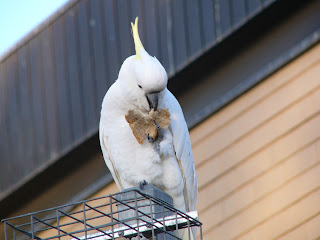 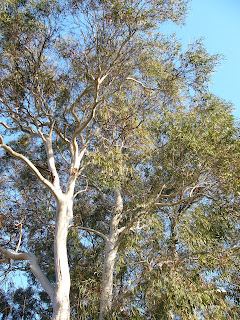 When we got to the ward we were told that the incision was red and inflamed (which it was) and that there was some thought of infection.  The drain hole was not seeping but gushing.  They were monitoring the swelling - and had drawn around it in biro to allow easy assessment.  There was talk of re-installing the IV line to feed him antibiotics.

This morning bright and early the phone rang.  It was himself.  He had the all clear to come home today!!!  Hiss and spit were perhaps the nicest and most repeatable things his sister and I said.

He is now at home.  As instructed I have taken photos of the incision and the drain hole for him to take to his doctor next week when he has the staples removed so she can also monitor the site.  WTF?  Sigh.
Posted by Elephant's Child at 20:17