More steps in the right direction

The Smaller Portion (currently known as the Skinny Portion) is home.  He came home late last Thursday and so far all appears to be going well.  He is even eating without the assistance of the looming penguin.

The hospital professed themselves concerned about the amount of weight he lost while in their care.  Huh?  With the exception of three and a half days he was in hospital from June 19th to July 19th.  For the vast majority of that time he was on nil by mouth.  He had three general anesthetics and two operations.  Of course he lost weight.  Lots of it.  His shoulder blades could be used as a knife at the moment.  He was told that he was discharged with support from a dietician in the community.  So far this support has been conspicuous by its absence despite two phone calls from us.

His sister is still with us, and there has been no date set for her return to her family.  Last time she set a date she had asked her brother if she should go and he, lying like a pig in mud, had told her he was fine.  The next day I woke her at around six to get her to take us to hospital.  I suspect she is going to be a great deal more cautious this time.

I have had the medical appointments this week.  Two of them.  Sigh.  My thyroid medication has had to be increased and will probably be increased again.  And, (joy and bliss) the specialist told me that since I now have MS and a hypothyroid I could expect to add other auto-immune disorders to the pile.  The next appointment was with my neurologist.   He wants me to get the thyroid medication right and then go back to him.

While I was seeing him the skinny one and his sister went down to the lake.  They saw very few kangaroos - perhaps because tourists were chasing the ones they did see, but were rewarded with lots of black swans, a moorhen or two, a bearded raven and the obligatory seagull.  I would be very surprised if many of our seagulls have ever seen or will ever see the ocean. 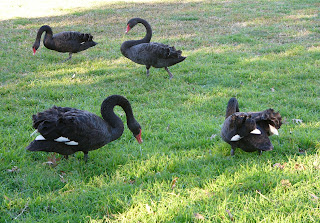 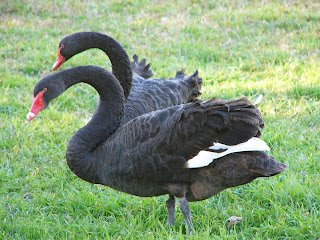 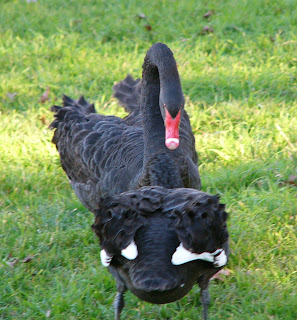 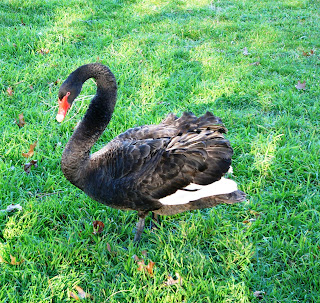 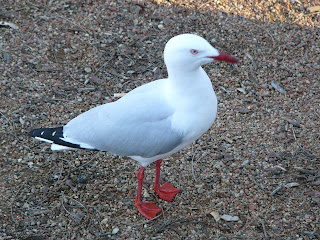 Some of the swans were being a tad pugnacious.  I was told that the tail pulling continued for a surprising distance. 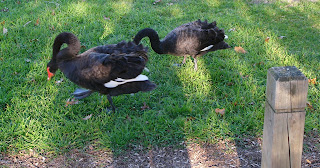 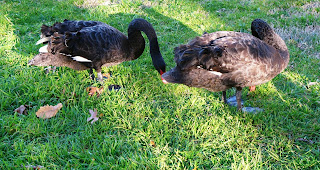 For sheer aggression the seagull won the prize of the day.


We have been told that the Smaller Portion will need at least one and more probably two operation to get him to the desired bagless state.

So it is building up time.  And hopefully some resumption of normality before we launch ourselves into hospital mode again.