Sunday Selections was originally brought to us by Kim, of Frogpondsrock,  as an ongoing theme where participants could post previously unused photos languishing in their files.

Like River I generally run with a theme.  Last Sunday the skinny portion and I were given a treat and went on a small adventure.

We travelled by a restored steam train (it is 108 years old) from Canberra to the nearby town of Bungendore.

It was a lovely day, and a lovely trip, but goodness they are filthy things.  Every so often we would be at the right angle to see the smoke - black and filthy.  It was also incredibly hungry, using close to 4 tons of coal for a round trip journey of around 40 miles. 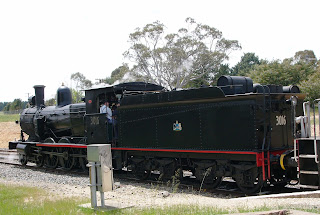 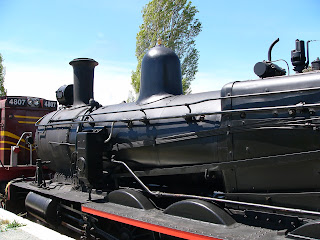 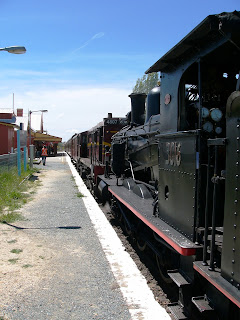 It has been lovingly restored - largely by volunteers from the Australian Capital Territory Division of the Australian Railway Historical Society (goodness, what a mouthful that is).  As a special treat we were invited into the drivers compartment (sorry, I know this area has a particular name, but it has been escaping me for a week).  It was not easy getting up to this area, and it was not easy getting down, but I was glad I did. 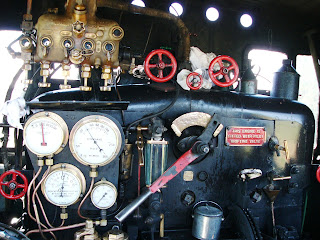 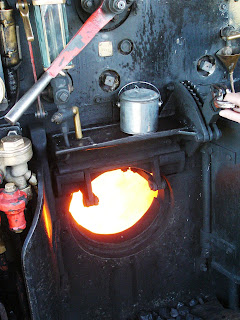 All that coal had to be shovelled by hand.


Inside the cabins there were old railway posters. 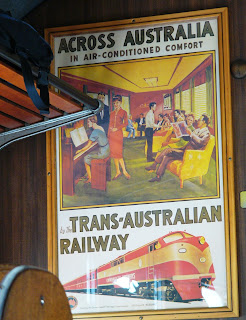 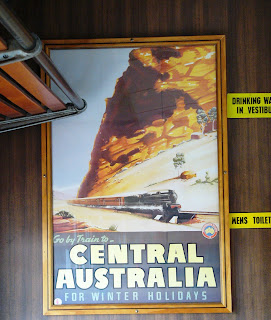 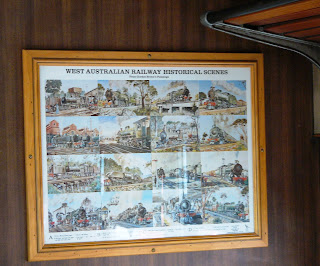 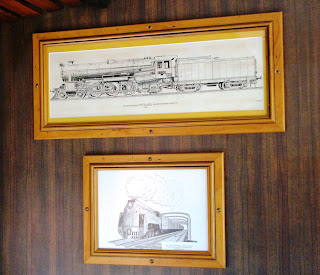 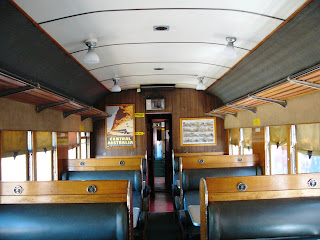 We travelled through some quintessential Australian countryside complete with kangaroos (that I was too slow to photograph), sheep who ran away as fast as their fat woolly legs would take them, and the odd cow or two. 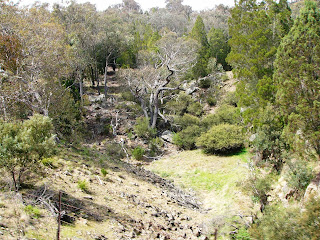 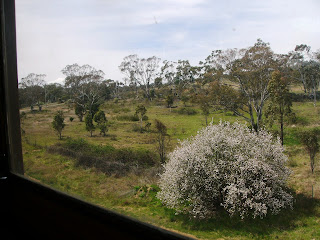 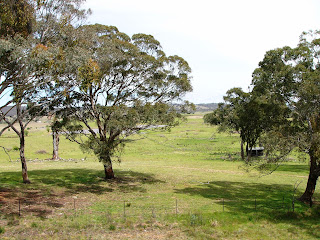 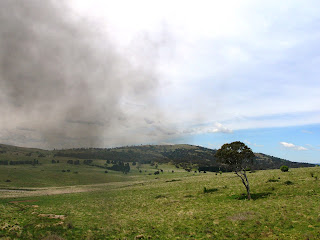 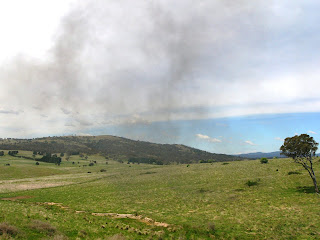 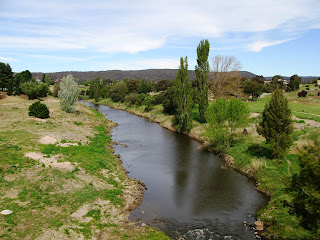 There is something truly magical about a train's whistle.  One of our homes had a railway running through the bottom paddock.  Until we took this little jaunt into the past I had forgotten both how much I love the sound of old trains and how remarkably soothing I find the noises they make.
Posted by Elephant's Child at 07:13