In March of this year my city, Canberra, turned 100.  I realise that by international standards we are babies, but it is still a significant anniversary.  We have had a year long celebration.  Which is marvellous.  There has been, and will be, something to please everyone.

Canberra is known for being full of politicians.  True, it was established as the seat of government.   And public servants.  Also true.  It is also widely criticised for being dull, dull, dull and boring to boot.  Arguable.

One of the presents that we gave ourselves is Skywhale who featured in yesterday's Sunday Selections.  She is a true innovation.  An internationally renowned artist Patricia Piccanini (herself brought up in Canberra) was commissioned to design a balloon  (we love our balloons).  She agreed stipulating that she would not (could not?) develop a balloon which is either caricature or kitsch, and the Skywhale was born.


This quote by the artist from the link above says it all for me.

'For me, the Skywhale is a work that celebrates the wonder of nature. This might seem weird given that the Skywhale doesn't actually exist in nature, however for me she captures the qualities of nature that I find most amazing. The thing about nature is its extraordinary capacity to find ways to adapt to any environment. There is no place on Earth without life, and that life will be perfectly adapted to that place. There is no creature that I might think of that will be as extraordinary or unlikely as a real one living somewhere.
The Skywhale may appear fantastic but think about the blue whale – an air breathing mammal that lives in the ocean – and it doesn't seem so far-fetched. I think that when we look up at the Skywhale and wonder what it is 'for', it might remind us that nature is not necessarily 'for us'. It just 'is' and we're just lucky enough to be around to see it.'

However, yesterday in the early morning when Skywhale was finally inflated the crowd burst into spontaneous applause - followed by three cheers.  And today some very, very lucky people were able to go for tethered rides in her.  My eyes turned emerald green when I read about that.  I have been on balloon flights.  I have loved them.  I thought my diminished mobility meant that this was something I can no longer do.  And if I had been there today when the public was invited to play, I would have done my damnedest to get in that basket.

Yes she is different.  Yes she is quirky.  And the overwhelming feeling I get from her is one of benevolence.  She reminds me at least as much of a turtle from some angles as she does a whale.  She is a lot of things, but gentle is high on the list for me.  I don't think she is beautiful.  She doesn't have to be - but I do think she is a joy and a delight.   My only reservation?  We don't own her.  She is owned by the company who built her.

Rather a lot of photos follow.  I swear that she is wearing lipstick, and I like her eyes.  She is very, very large and takes a long time to inflate. 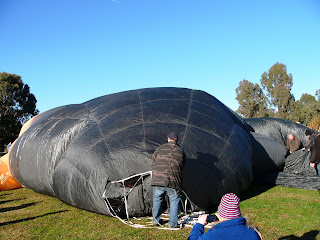 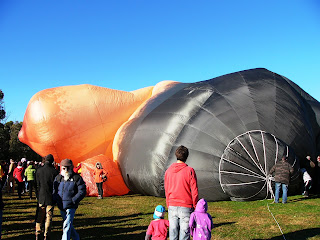 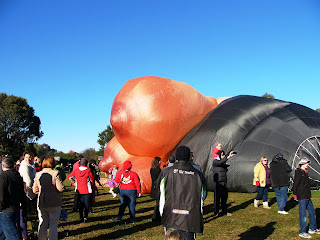 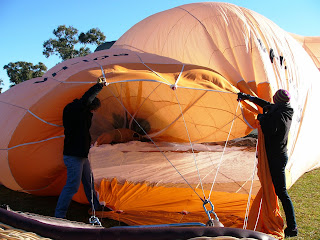 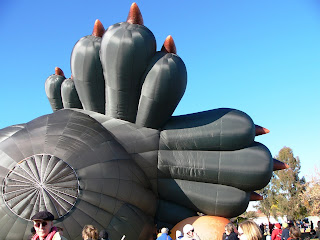 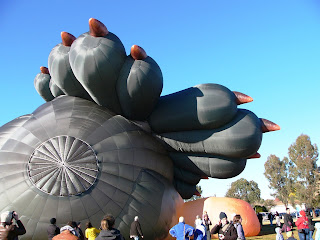 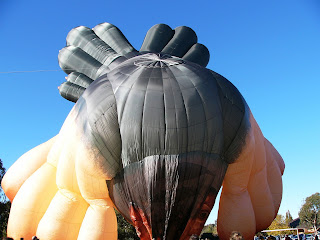 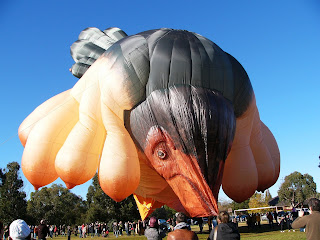 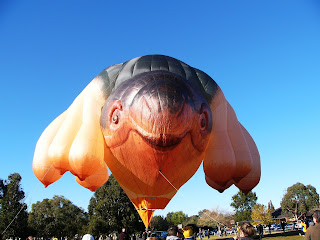 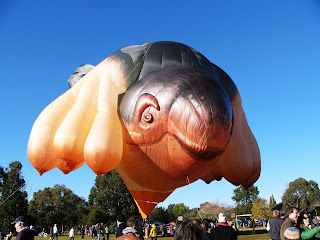 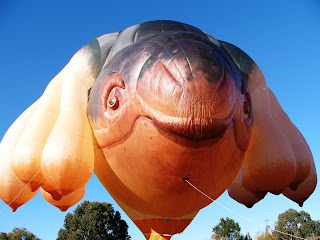 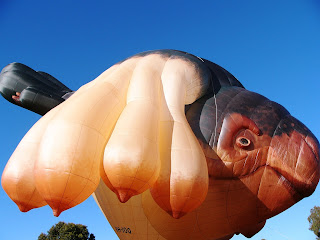 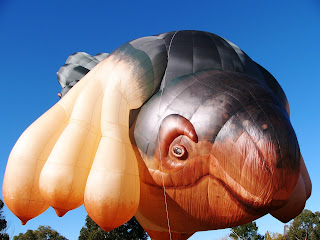 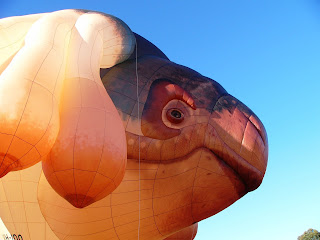 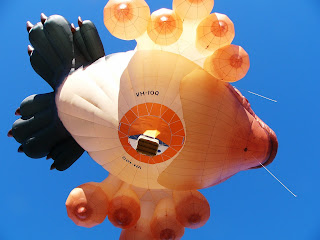 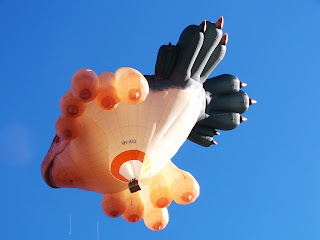 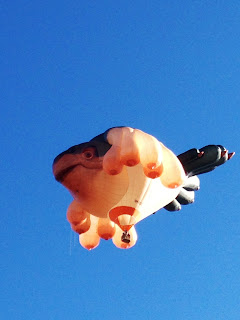