Like River I generally run with a theme. And this week it is a doozy.

Canberra turned 100 in March this year.  We have been celebrating ALL year.  One of the presents we gave ourselves was a balloon.  And what a balloon.

On Monday I got up very early and checked on line.  Yes, it was going to fly.  So I woke the smaller portion up (and remember this is someone who springs out of bed at the crack of noon).  He, reluctantly, headed into the shower, and I went back on line to see where the balloon was flying from.  Oops.  Cancelled due to impending rain.  Not a happy chappy.

Yesterday morning we tried again.  First we headed off to where we were told the balloon would (probably) be inflated. 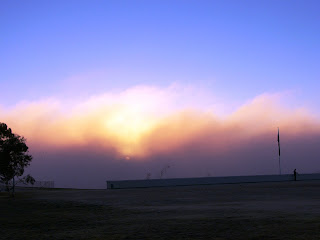 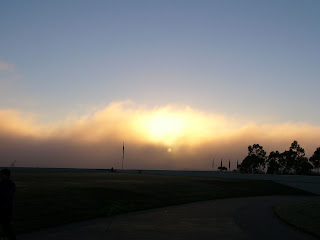 It was very pretty (albeit chilly) but there were no balloons.  We waited.  I took a photo of a squid which was lurking on top of our interactive science museum Questacon, and waited some more. 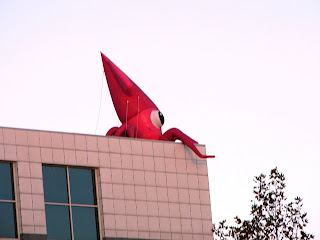 Eventually we  were told that the balloon was on the other side of town and might be flying.  So off we went.

And it wasn't there either.  So we turned on the radio and got further clues.  Not very good ones.  Finally we found the spot where the action, if there was any, was going to happen.

And shortly afterwards things did start to move... 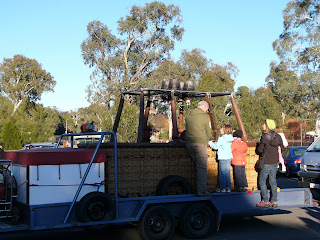 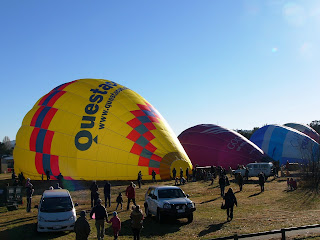 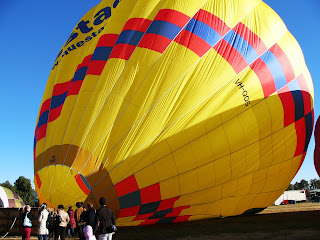 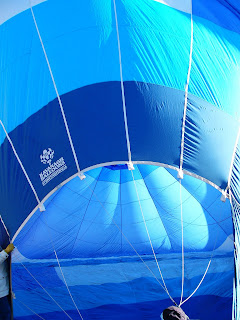 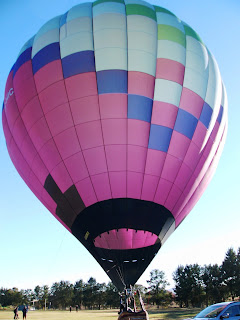 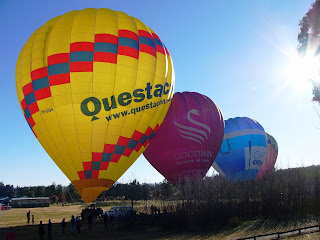 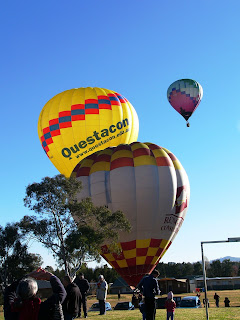 These balloons are lovely but they are NOT our birthday balloon.  Our birthday balloon is called Skywhale, is huge (more than twice as big as other balloons) and is the subject of rather a lot of controversy.  And criticism.

The next two photos are of the lady herself - and in the next few days I will devote a whole post and many more photos to her.  Stay tuned (please). 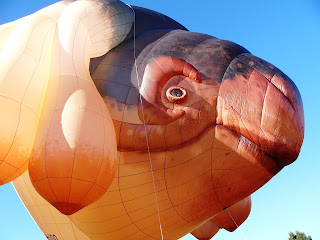 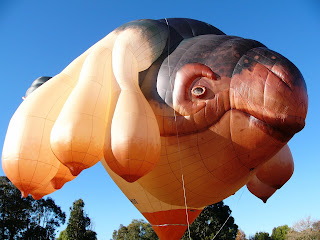