Like River I usually run with a theme. We had more blessed rain on Thursday, and clouds (but no rain) on Friday.  And both sunsets were spectacular. 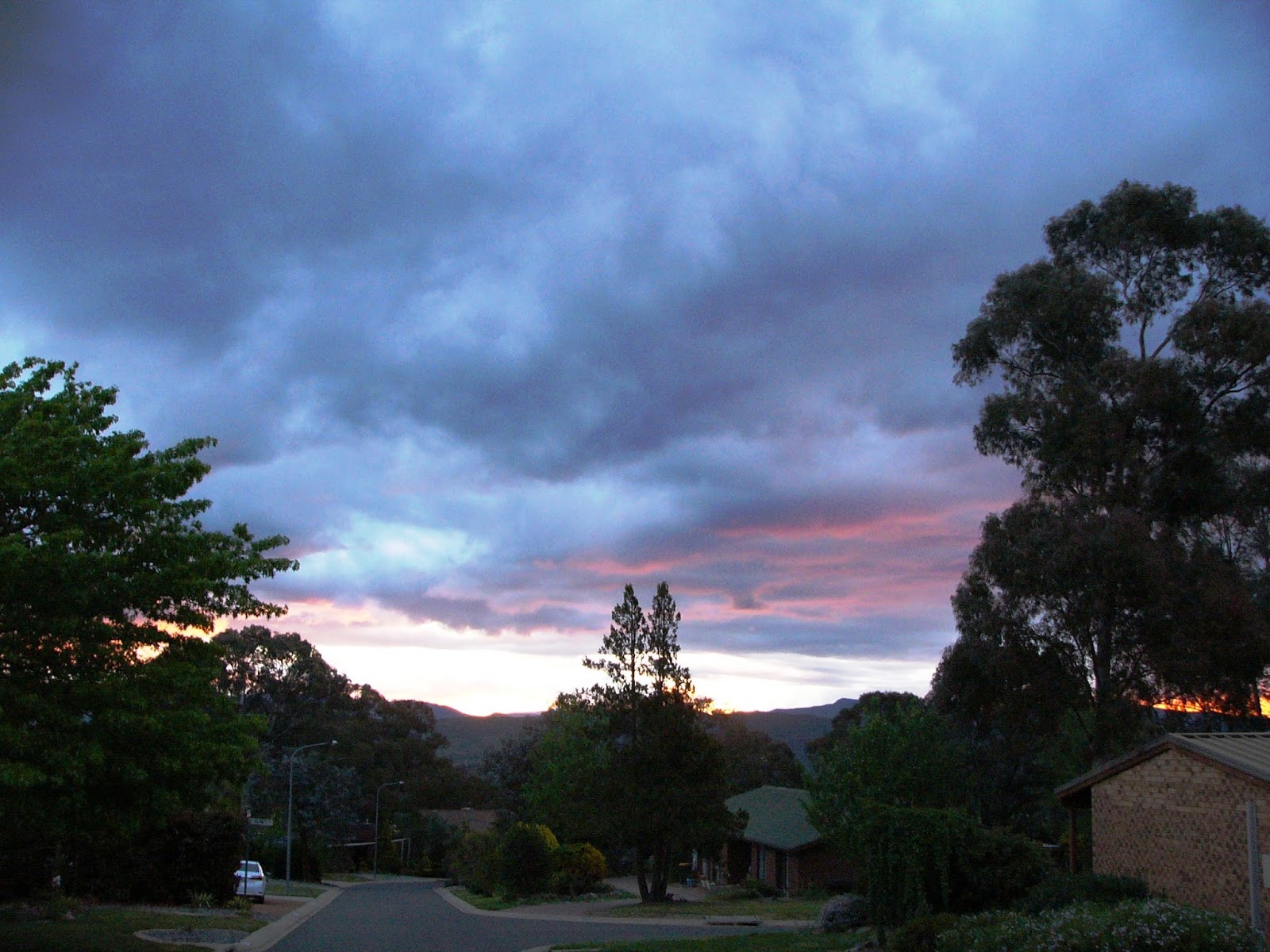 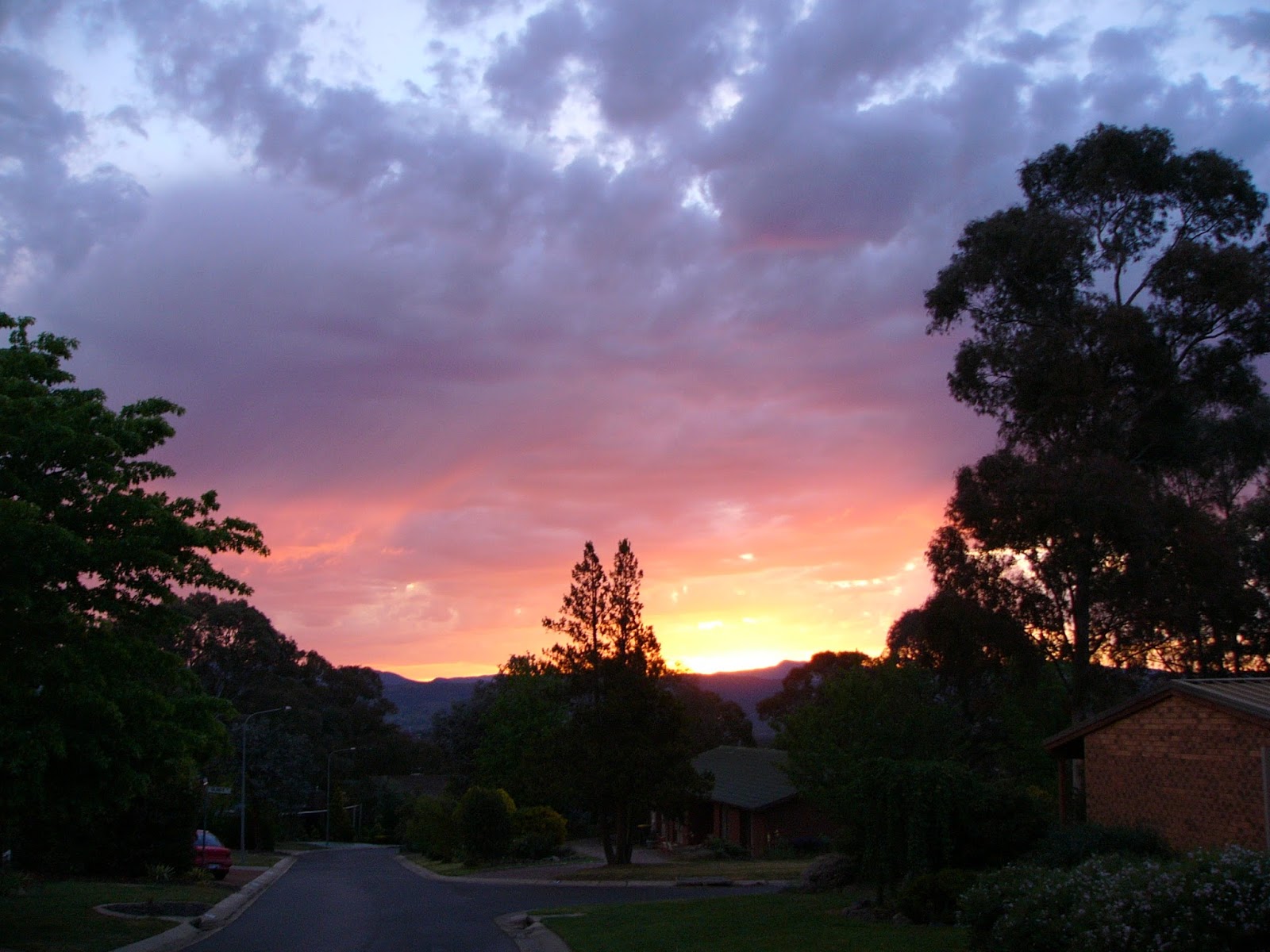 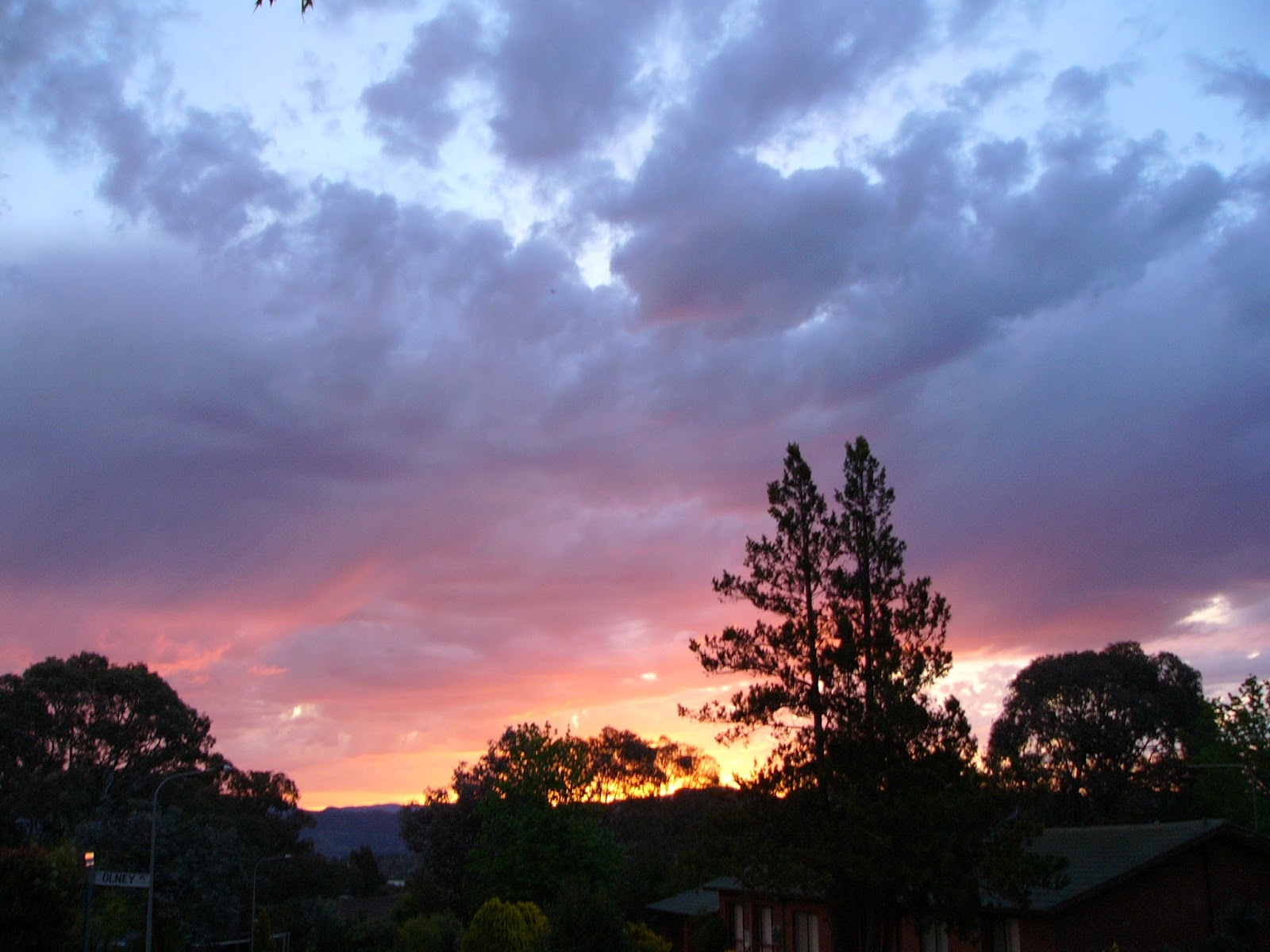 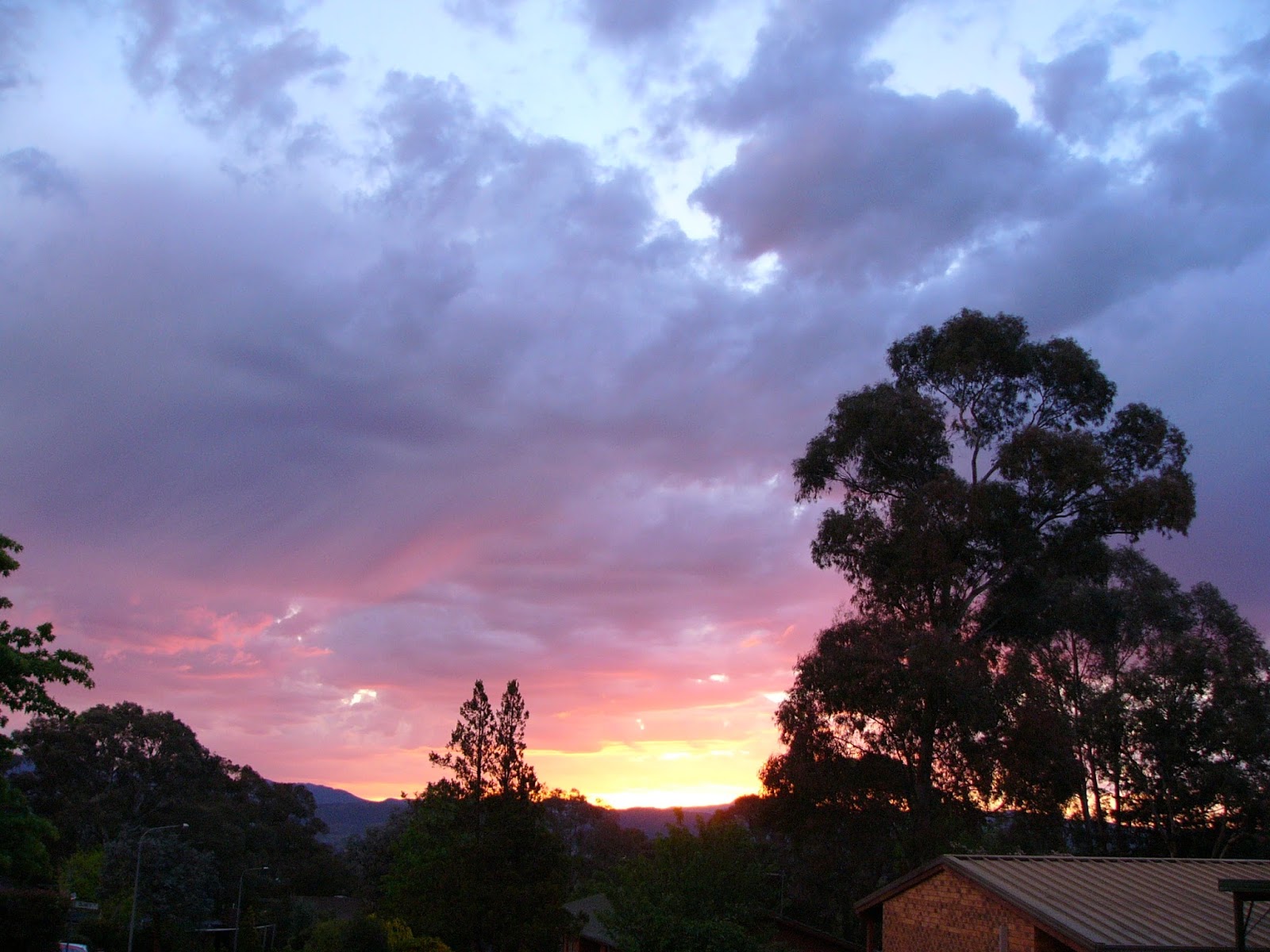 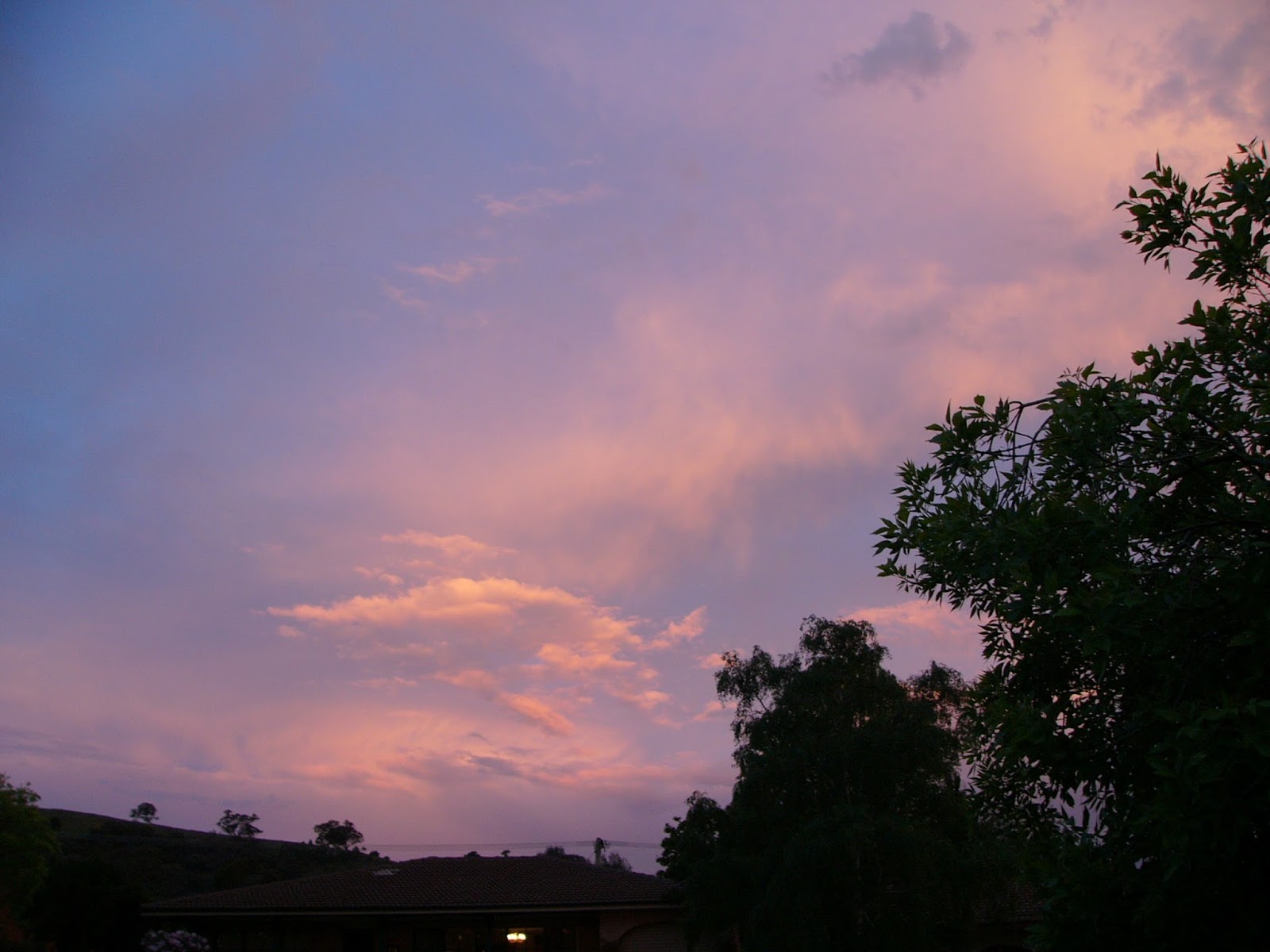 By Friday evening I was seriously knackered.  I couldn't get words out, and was literally running into things and falling over.  So I decided that I was going to bed.  Shortly after seven.  When I wandered into the bedroom and looked out the french doors I delayed my early bed time and rushed out to do a wobbly mad woman with camera dance.  His high and skinniness stuck his head out of doors too - and came out to revel in the spectacle.  In my usual restrained fashion rather a lot of photos follow. 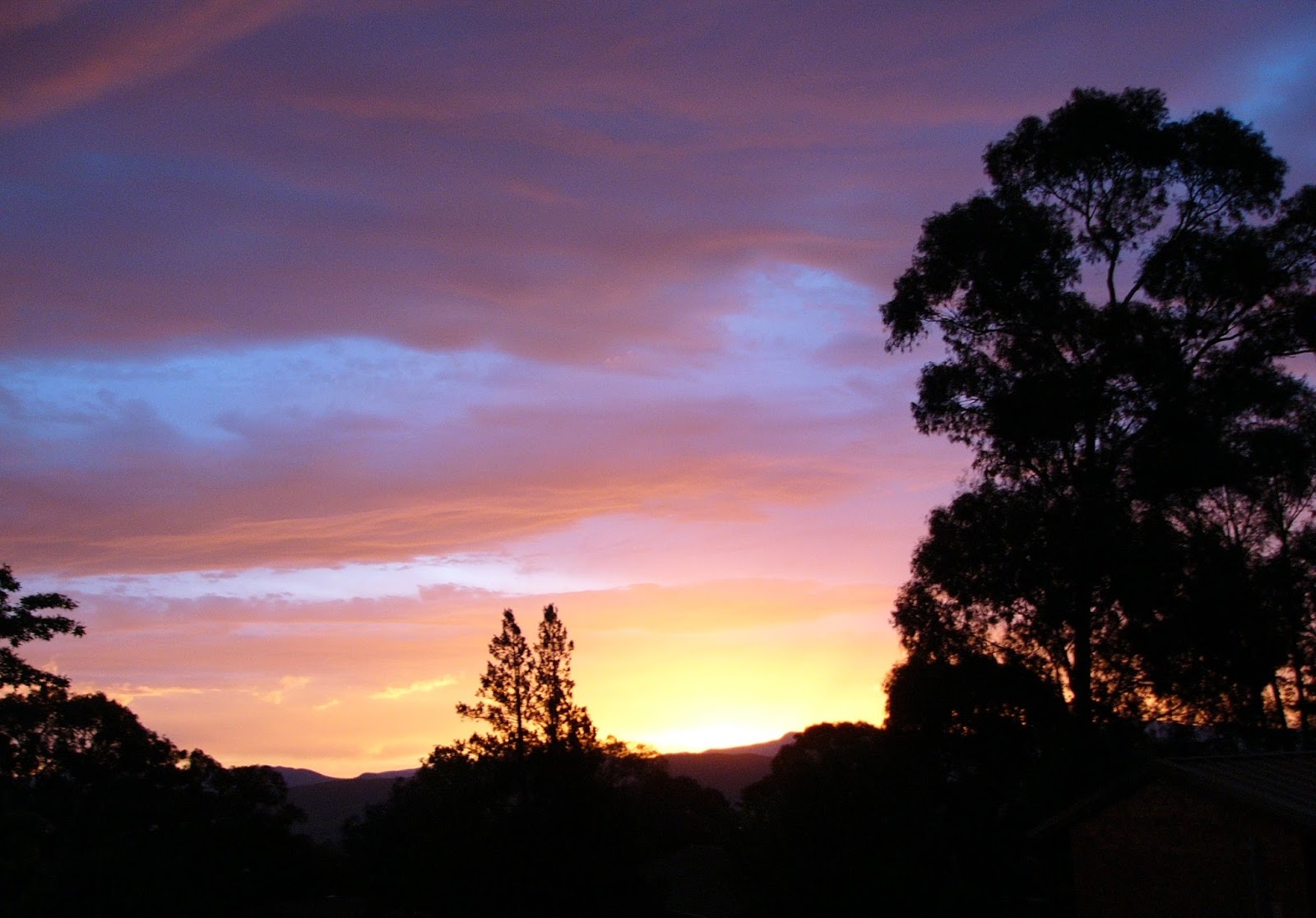 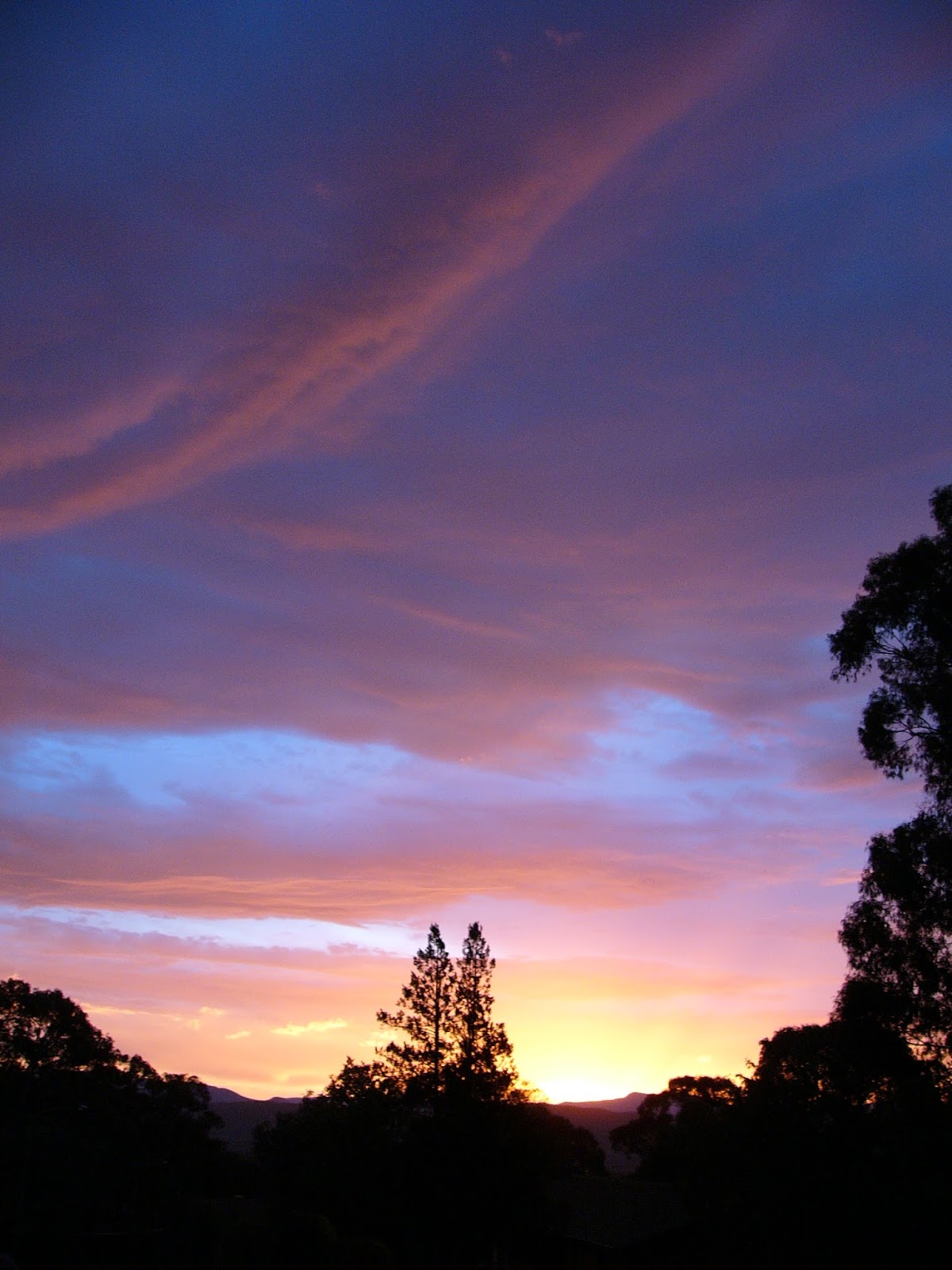 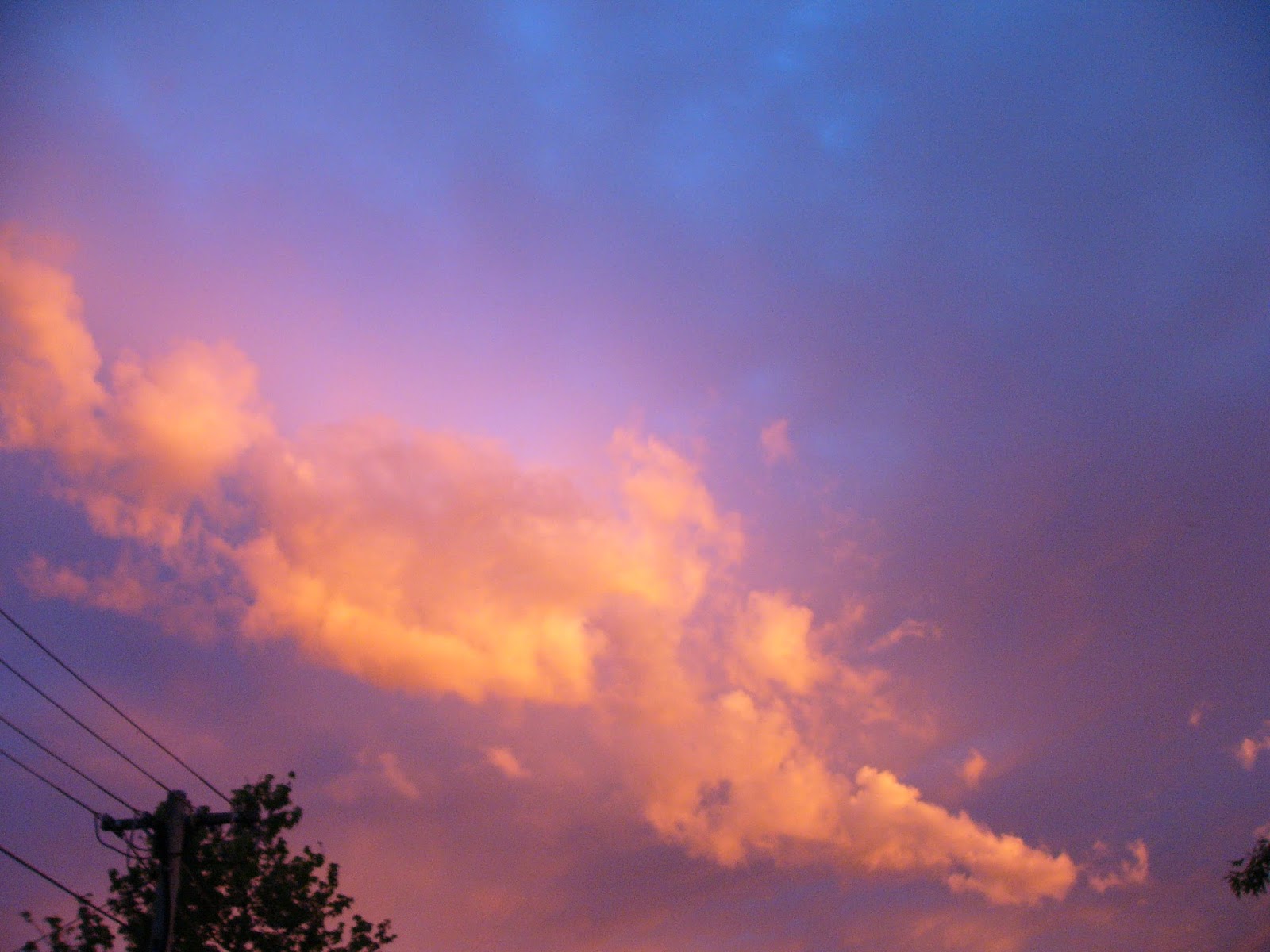 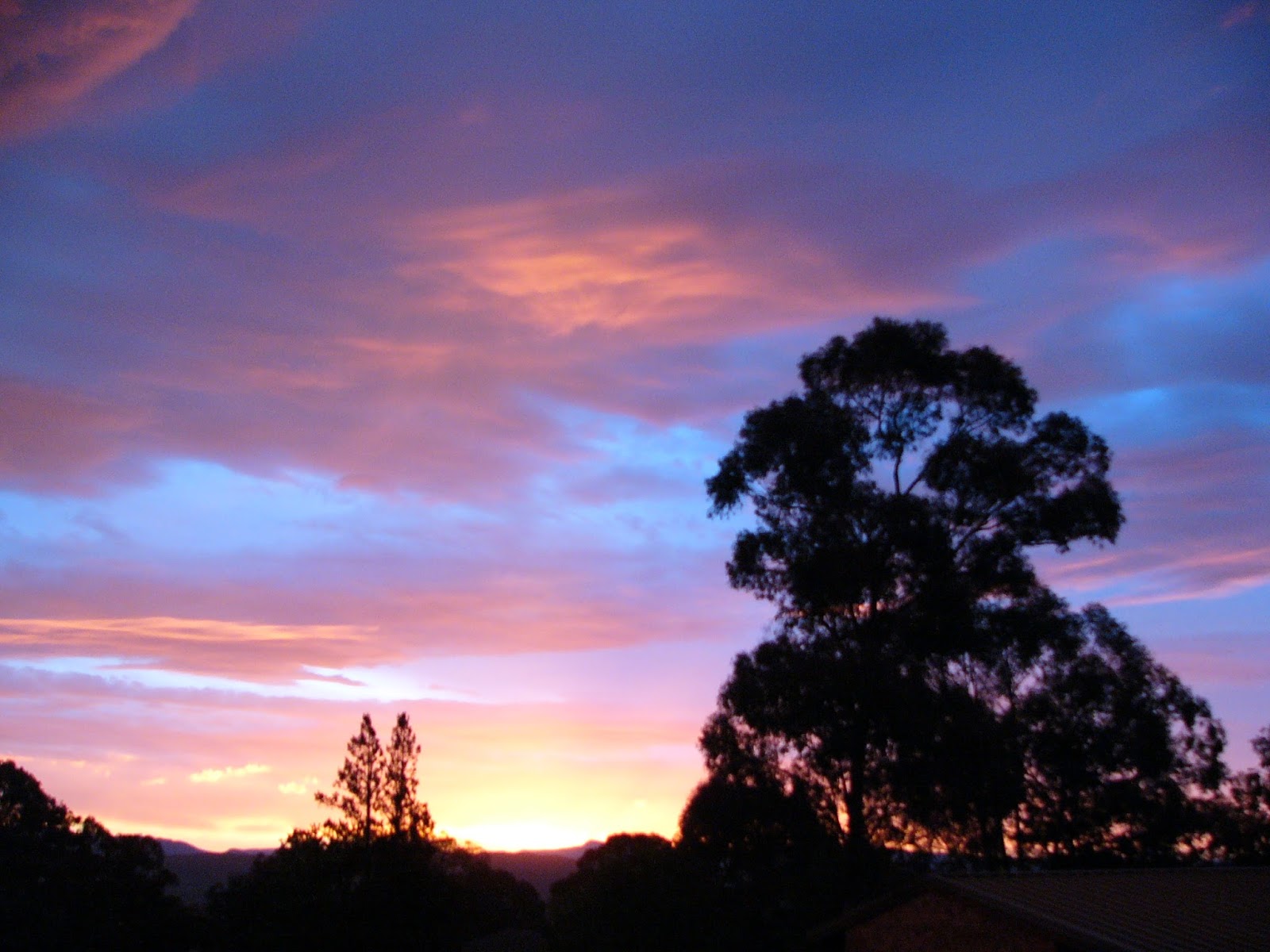 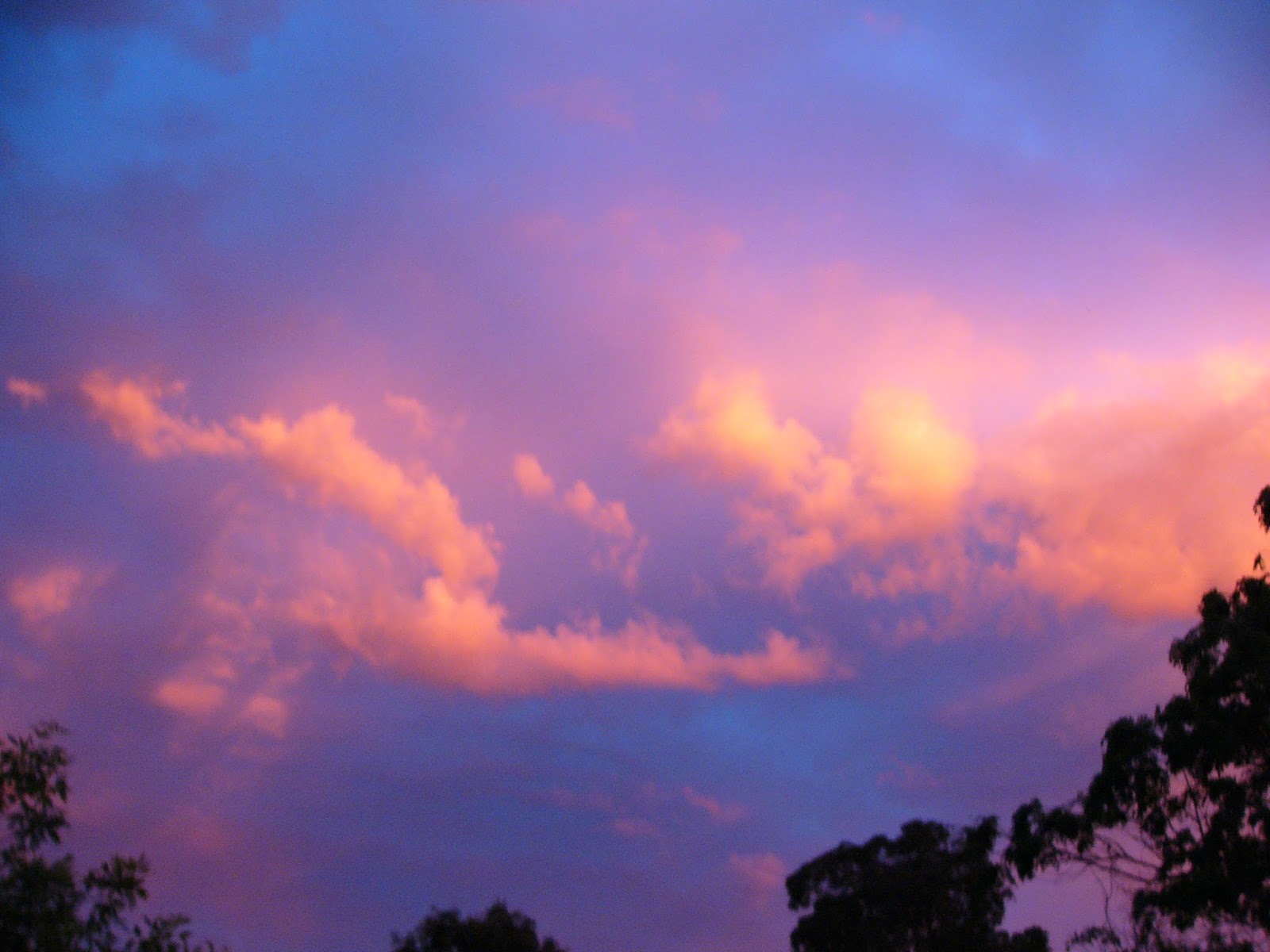 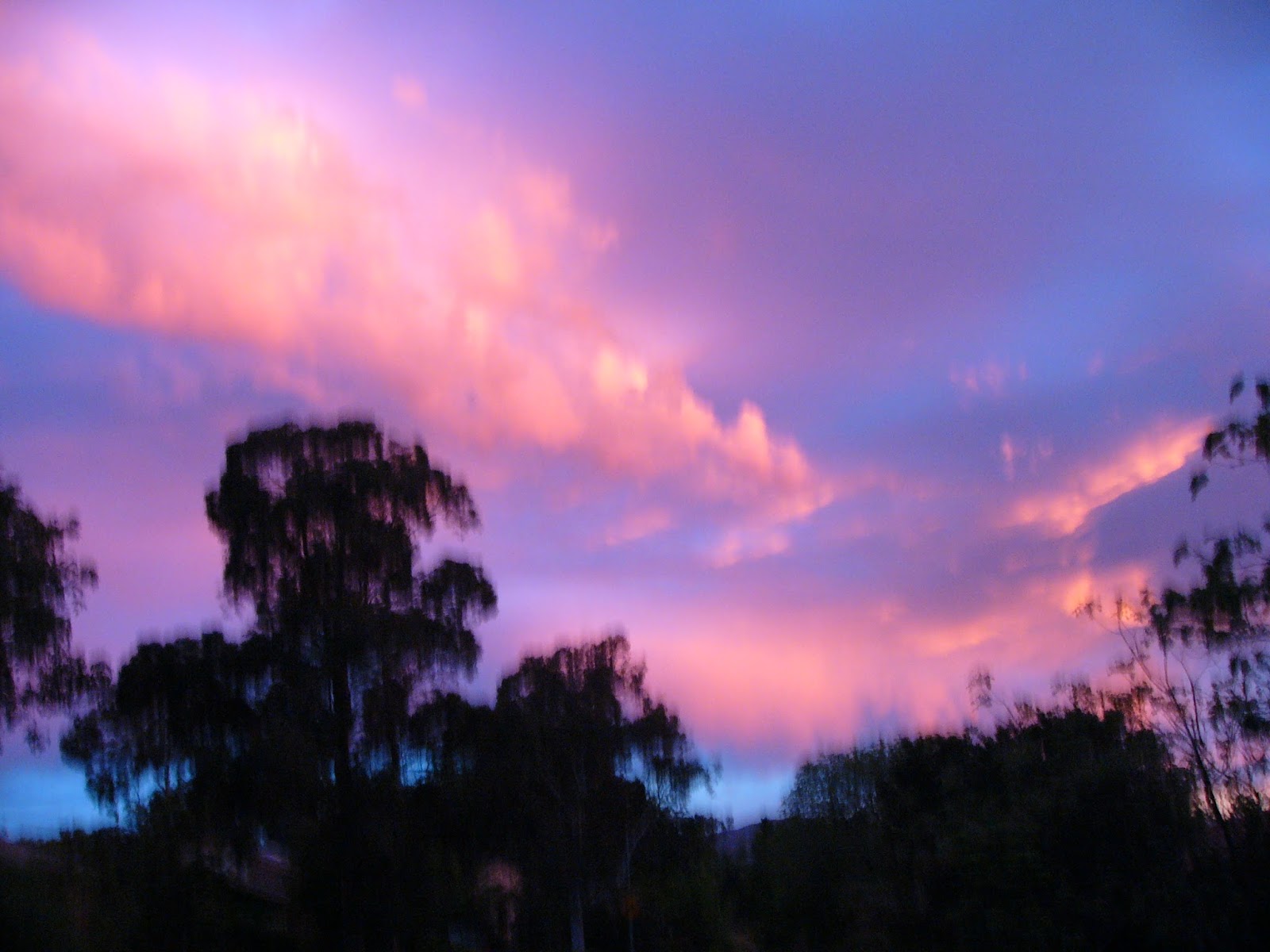 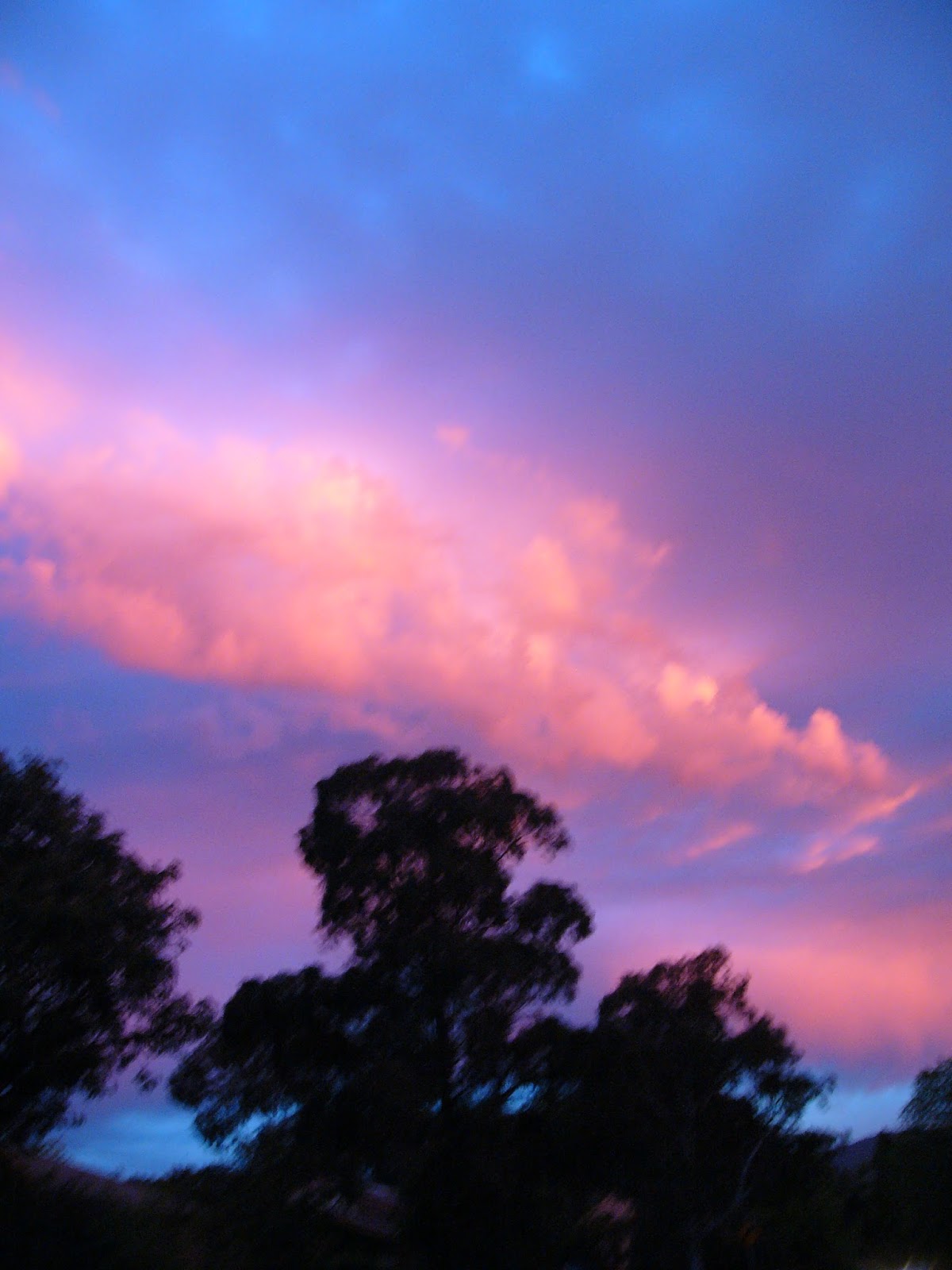 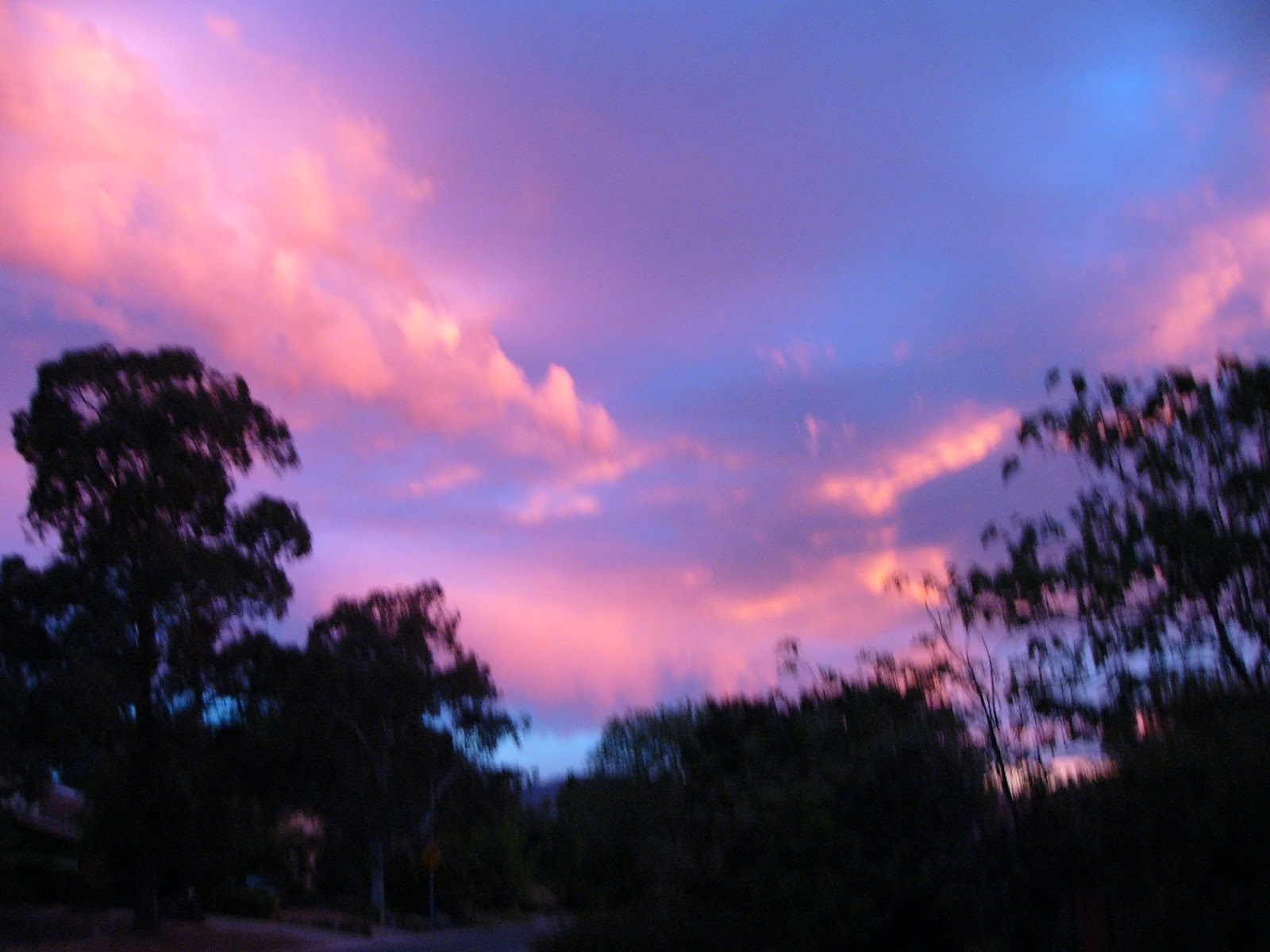 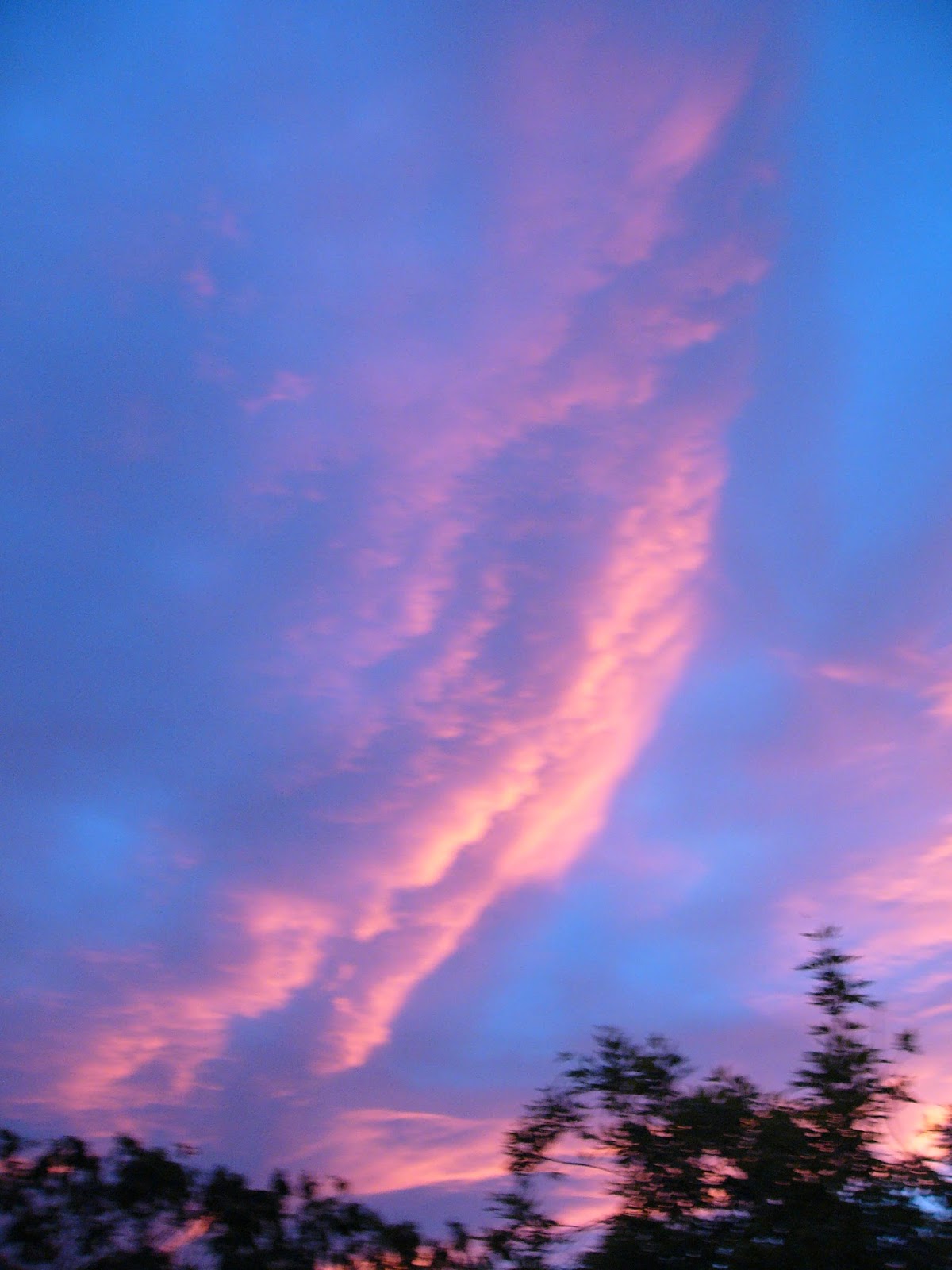 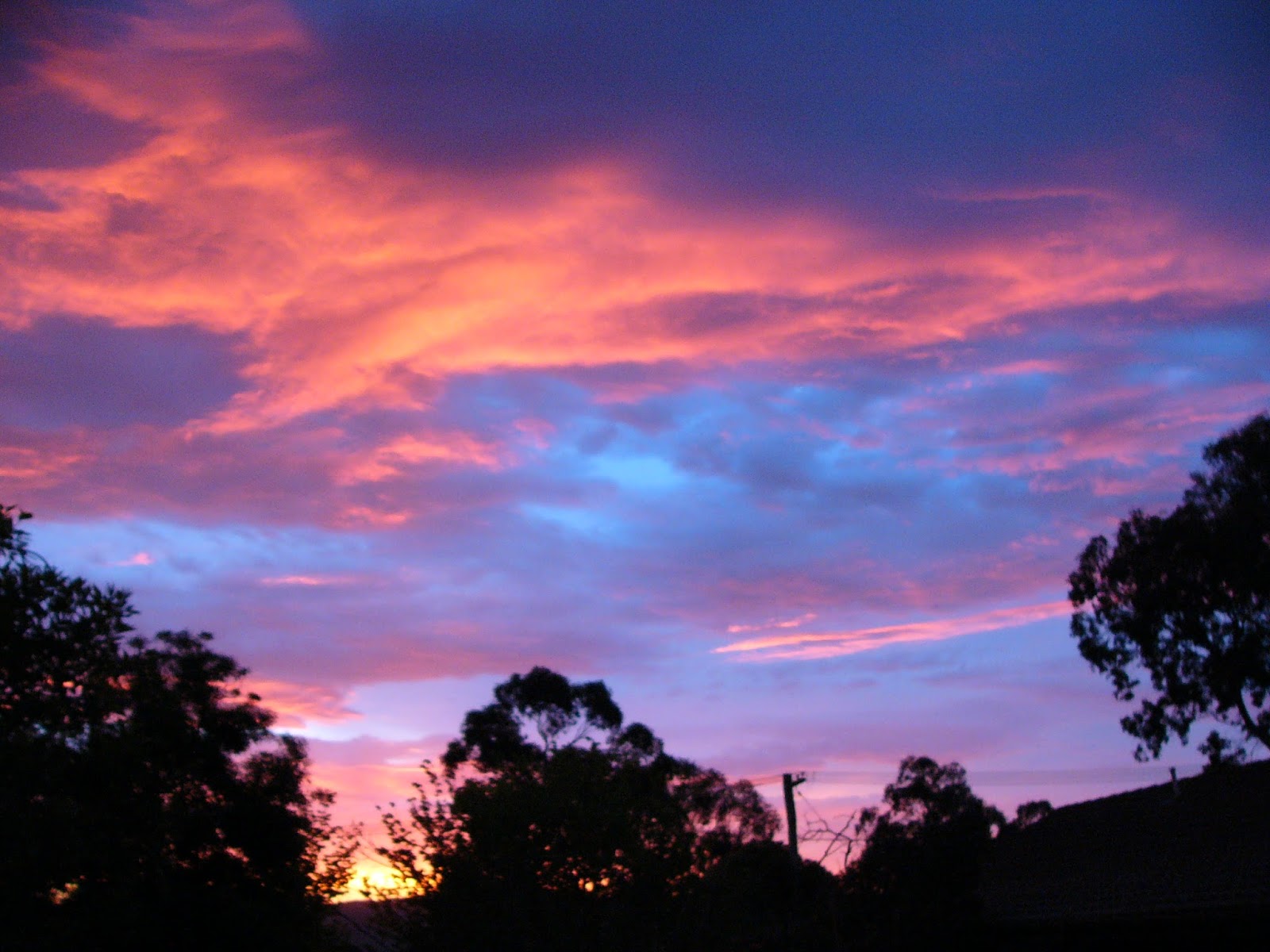 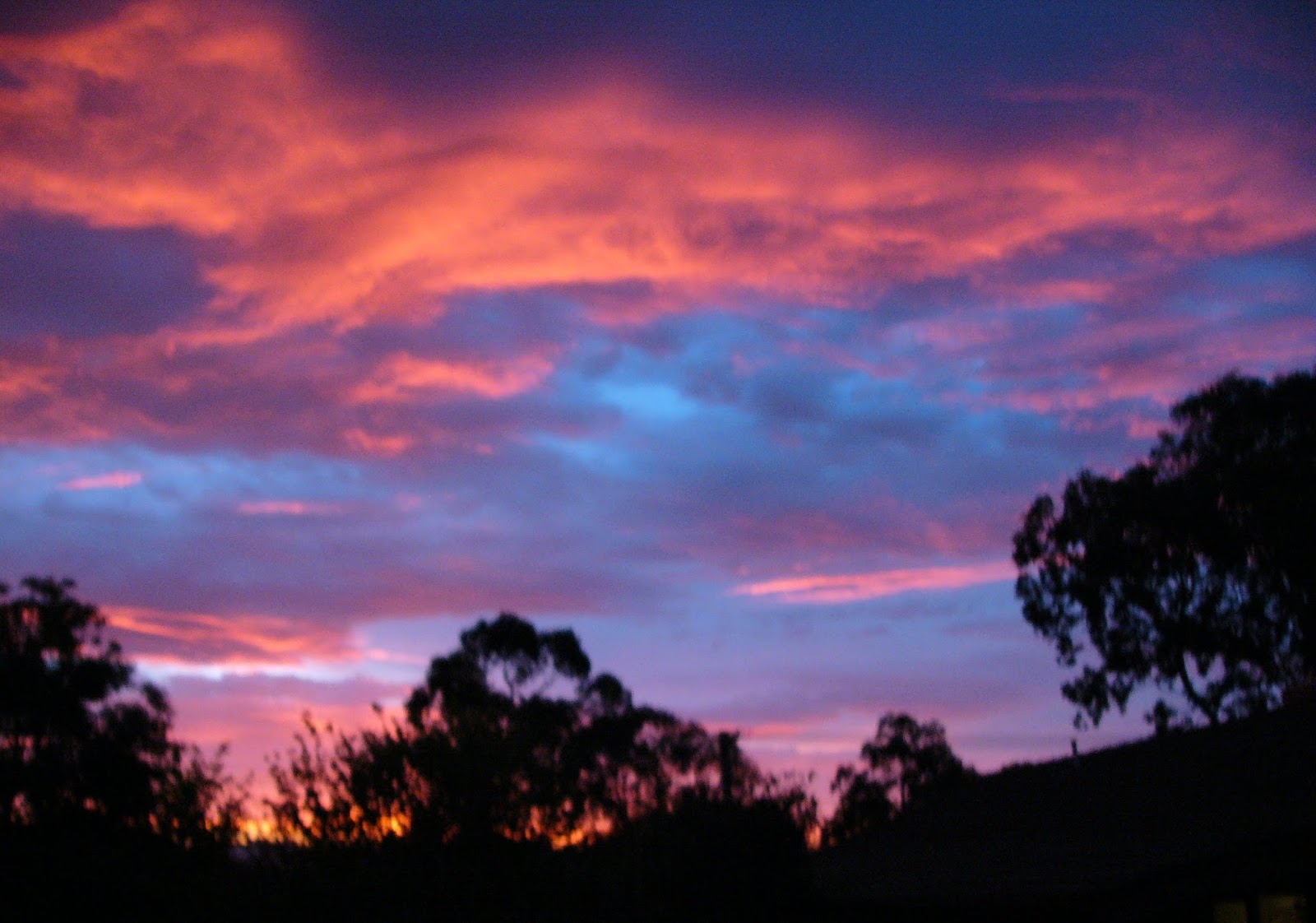 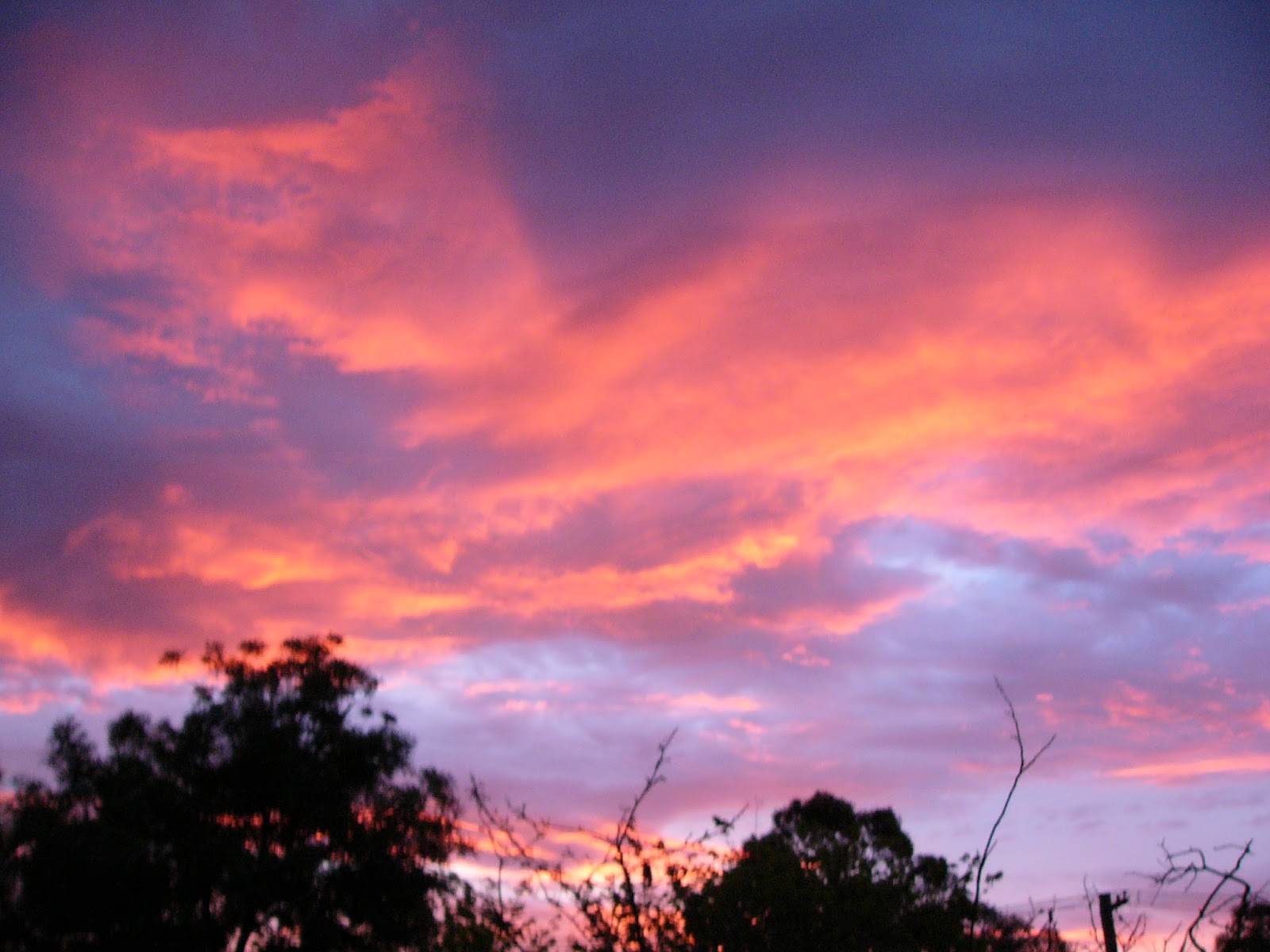 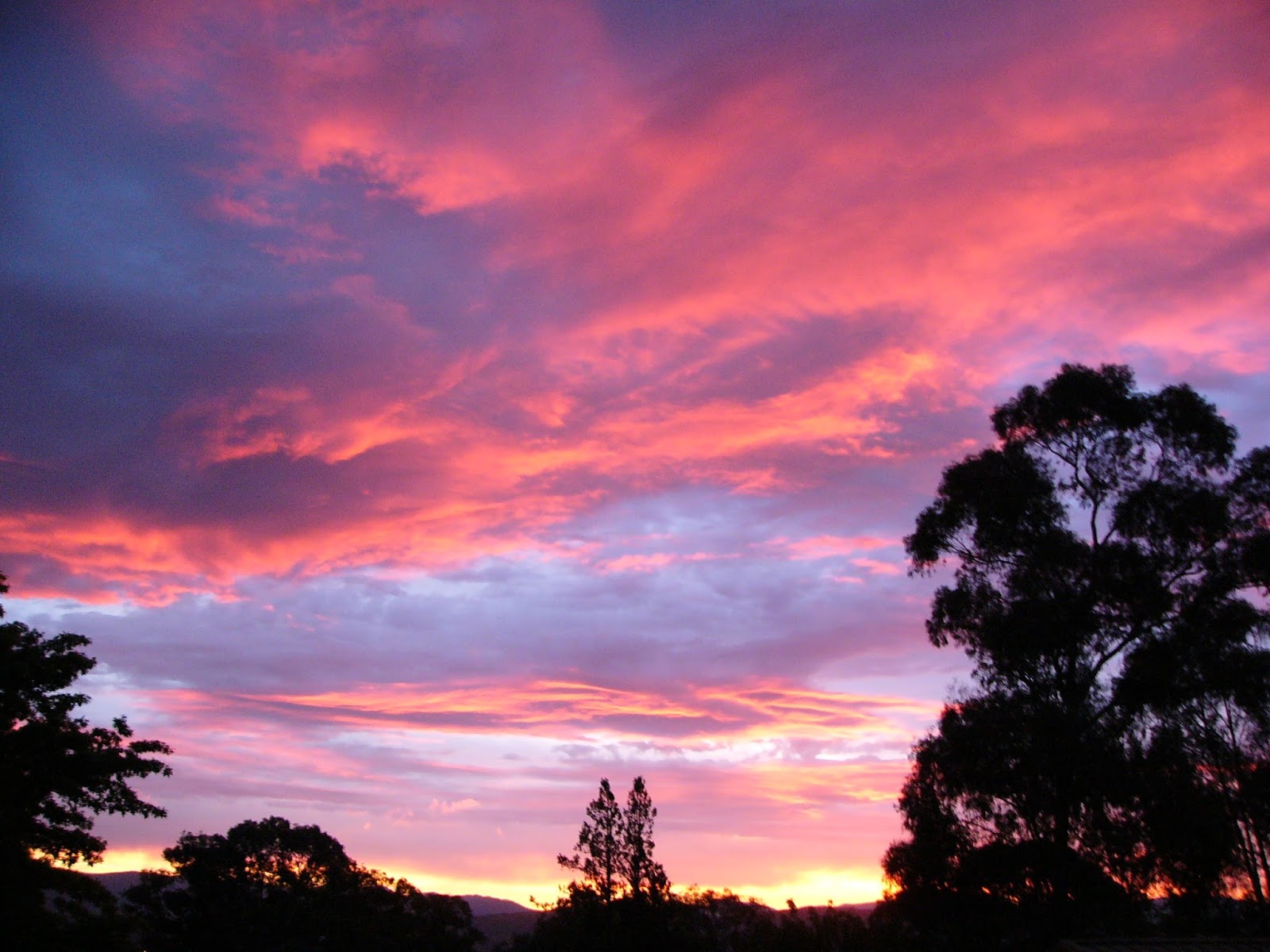 The bathroom is still not usable, but some positive progress has been made.  Perhaps by Tuesday we will be free of builders, electricians, painters, plumbers and their ilk...