Like River I usually run with a theme.  This week I am focussing on a grey day - which was saved by splashes of colour.

We had some rain overnight, and the day dawned grey.  Uniformly grey.  Dismally grey with a slow dribble of chilly drops falling from the sky.  I had to go into town early (Lifeline) so started out the door.  I saw a splash of colour in the garden and came in for my camera. 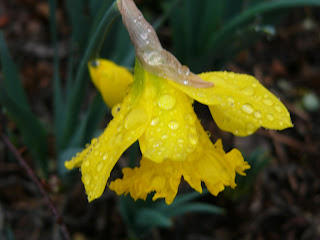 A neigbour's wattle is out too... 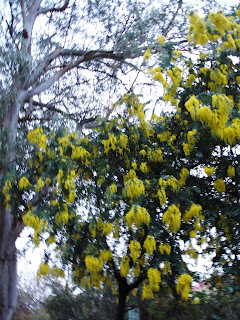 And then I remembered some colour in the city, so I kept my camera and headed into town.

It was still grey, and drizzling when I got into town but there was colour there too.  One of the streets in the centre of the city has been converted to 'shareware'.  The road is now shared by pedestrians, cyclists and cars.  The speed limit is 20 kilometres an hour (just under 12.5 mph), and cars have to give way to pedestrians (though thinking of my friend in hospital I won't argue that point).  To make the changed focus of the area clear it has both signs and decorations. 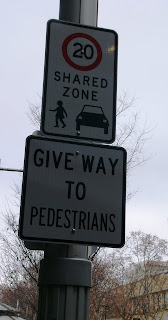 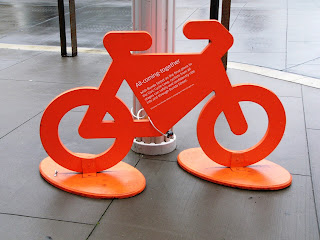 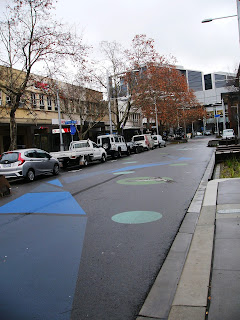 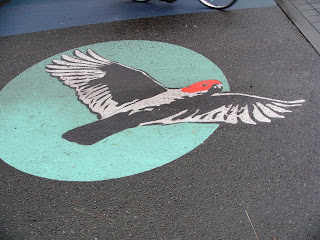 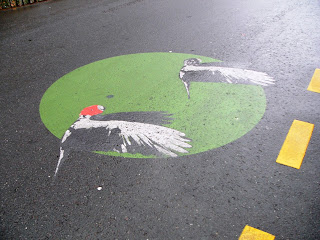 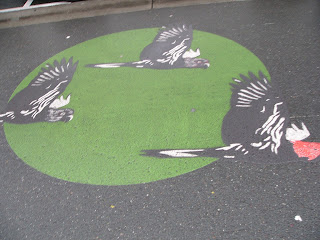 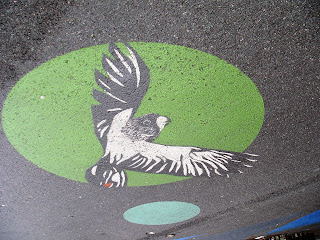 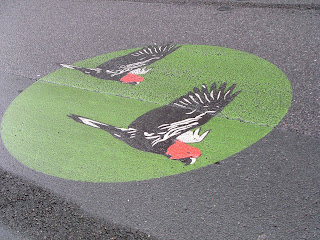 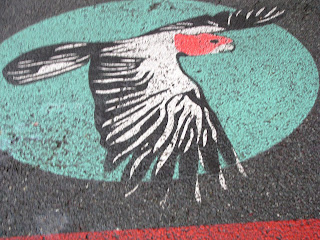 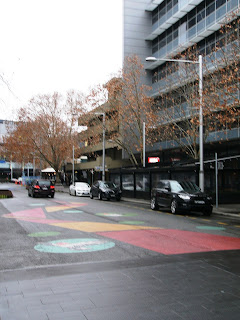 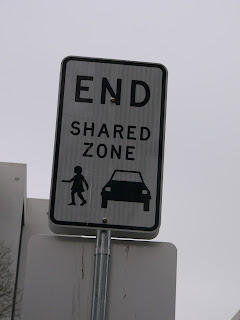 The birds are stylised gang-gang cockatoos, the emblem of my city.  That said, while I hear them pass over (they have a call remarkably like a rusty gate creaking in the wind) I have never seen them in my suburb.  Or indeed in the suburb in which I grew up.  This link will take you to a picture and some information.

The next building is after the share way - but I enjoy the reflections in the windows no matter what time of day or year I see it. 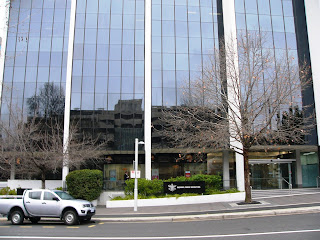