Like River I usually run with a theme. Spring has sprung here.  Each year in early Spring my city has a flower festival, Floriade.  It runs for a month in a park in the centre of town.  Glorious displays of colour and scent, and usually more than a little whimsy as well.

This year the organisers decided to go 'up market'.  There was much less quirkiness which was replaced by 'art installations'.  Several of which are for sale when Floriade finishes. 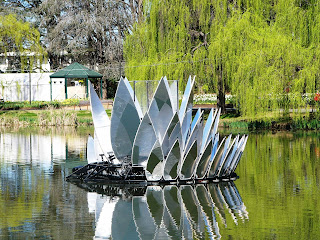 I assume this 'water lily' lights up at night, and would look very effective. 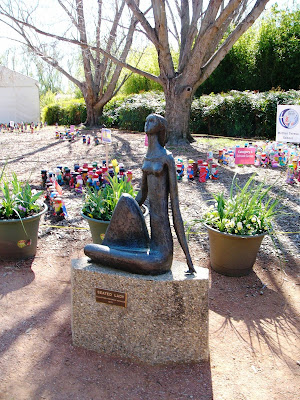 And yes, those are decorated garden gnomes behind her.  It is a long-standing Floriade tradition and schools and individuals enter a competition. 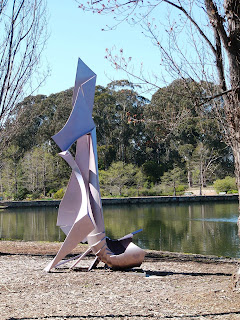 Not certain what this one is:  Stylised lobster? 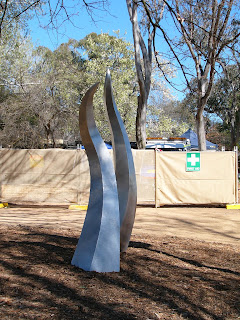 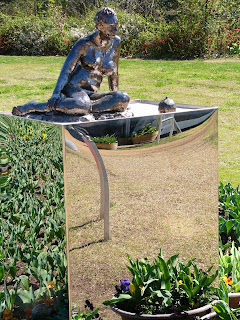 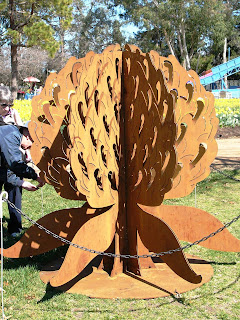 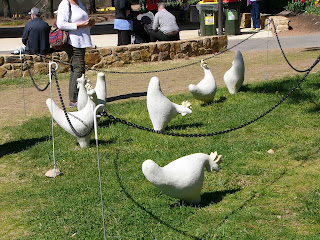 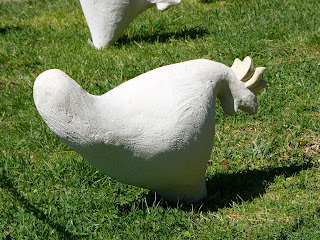 The quirky chooks didn't appear to be for sale.  I thought they were fun though. 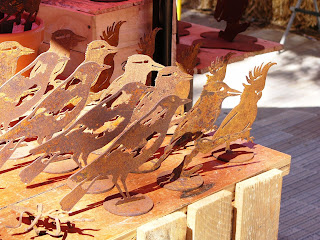 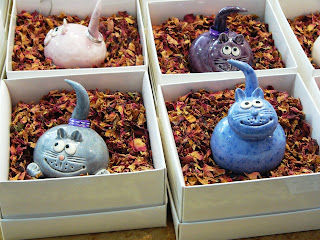 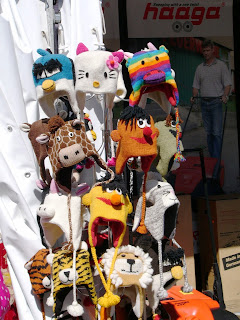 There are a lot of shops at Floriade and these are some of the items for sale, along with chocolate, soap, curry sauces, pearls, clothing, garden implements and rather a lot more. 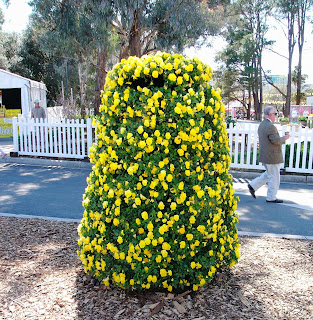 Is it just me, or does this look like a Dalek in camoflague? 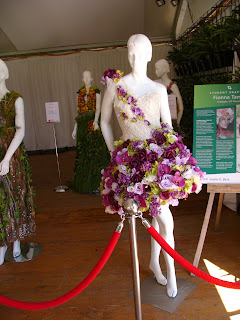 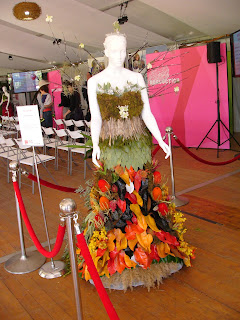 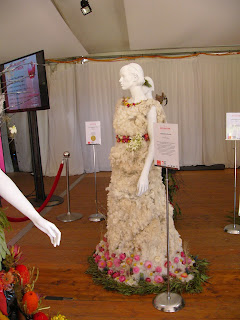 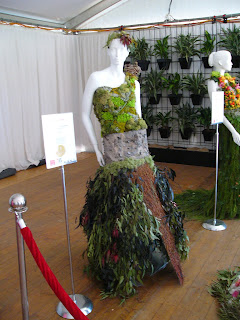 Local horticulture students made some fairly spectacular (but probably not wearable) dresses. 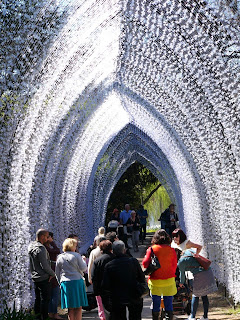 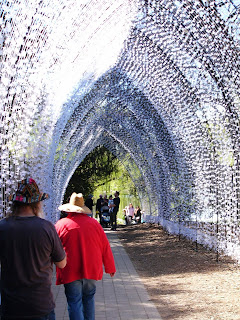 I really liked this archway of lights.  Even in daylight it looked amazing and when the individual flowers which made up the sprays of lights go on it would look incredible. 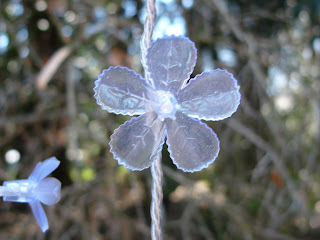 Lots of the flowers are not yet out, but I took many, many, many photos.  A full Floriade post will follow next week some time.

And because I can't do a post about Floriade without at least one flower shot. 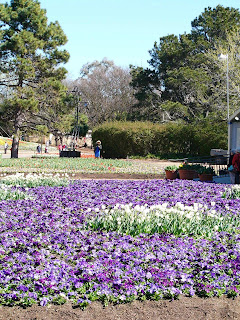 And from our garden. 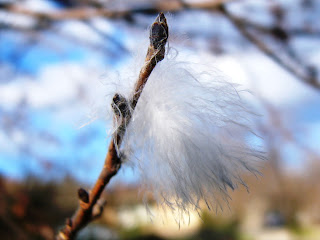 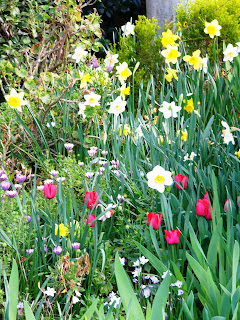