Like River I usually run with a theme. I have been working in the garden and have been dealing (not always happily) with tradesmen this week so I am (for a change) returning to the birds who visit.  Walking down to the bus stop on my way to Lifeline I noticed a large birds nest which had obviously fallen from a tree.  I have no idea who built the nest but was intrigued to notice that they incorporated some wire into the rim.  If you embiggen you may notice it towards the 'top' of the nest. 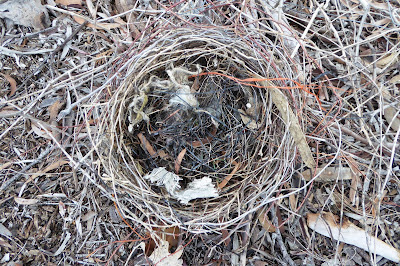 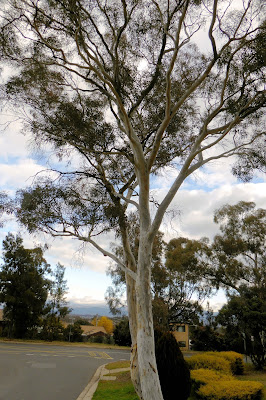 It had fallen from one of these trees.


A pair of  king parrots continue to circumvent the crowds on the feeder by demanding individual attention. 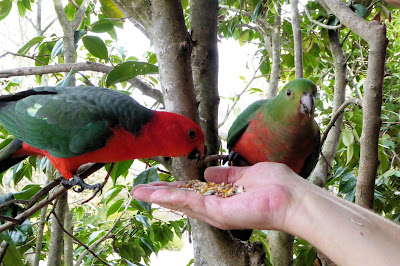 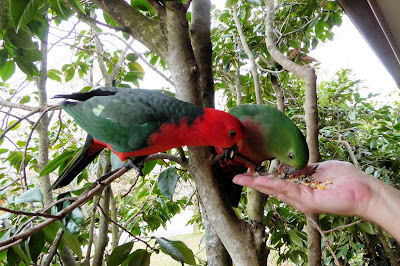 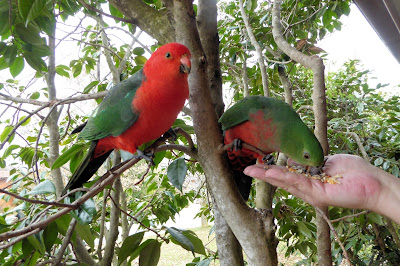 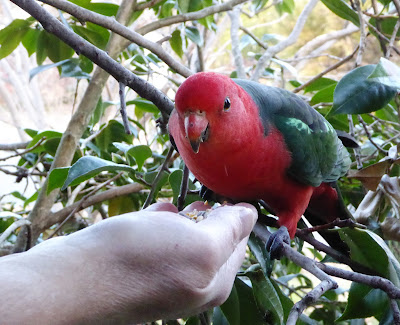 They are still very partial to green apple. 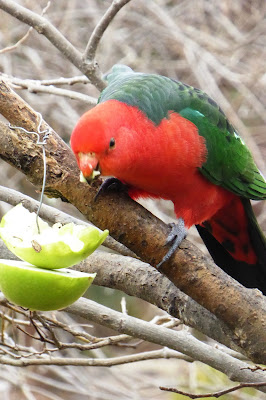 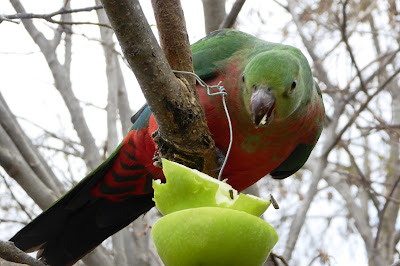 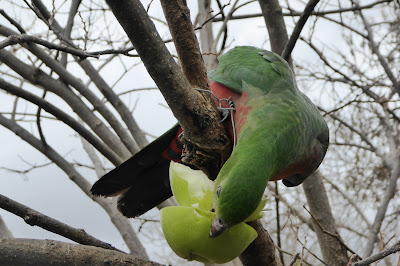 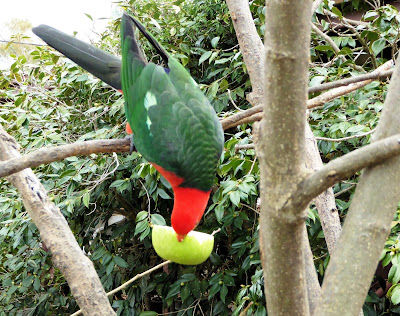 The cockatoos are regular visitors too.  It hasn't been a cold winter, but the birds don't agree with me and are fluffed into their winter woolies. 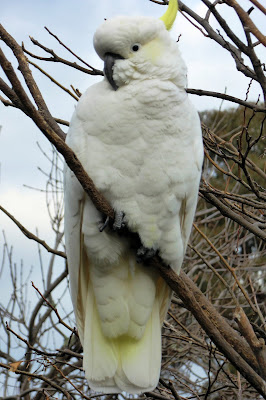 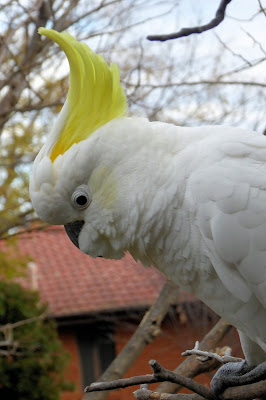 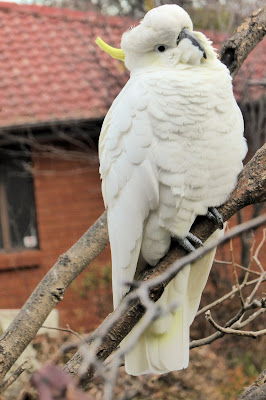 The corellas (drat them) are less happy to have their photos taken. 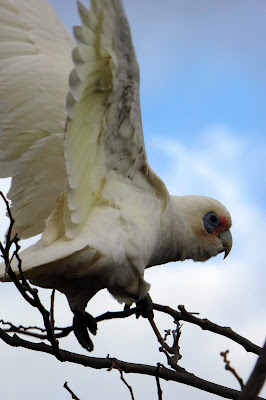 They are also fluffed up against the cold though... 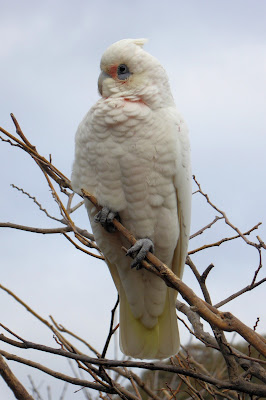