The meme is now continued by River at Drifting through life.  The rules are so simple as to be almost non-existent.  Post some photos under the title Sunday Selections and link back to River.  Clicking on any of the photos will make them embiggen.
Like River I usually run with a theme.  This week? Not so much a theme as snippets from our week. 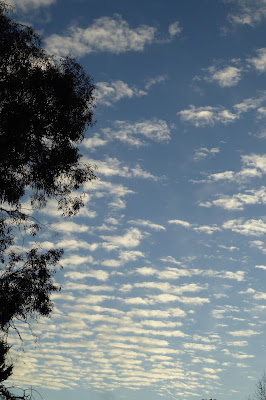 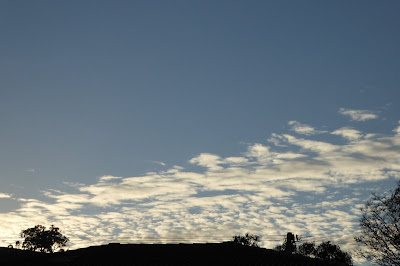 Then to the National Arboretum on a chilly, but lovely day.  The visit will probably get a post of its own when I get off my lazy behind... 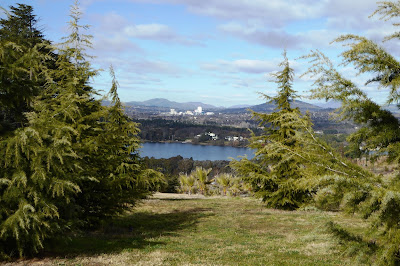 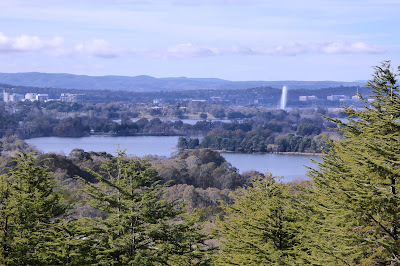 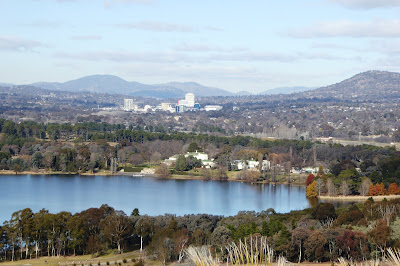 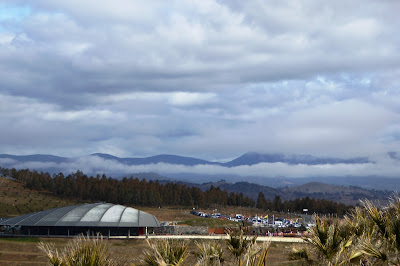 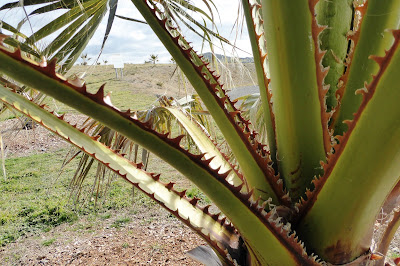 This is a Californian Fan Palm - and those hooks were vicious. 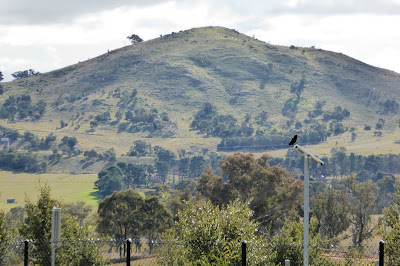 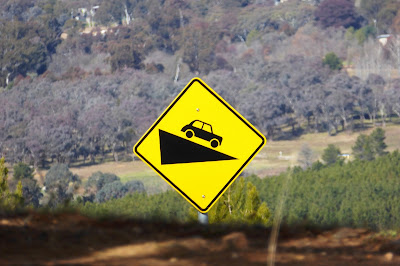 The sign was correct.  It was definitely a steep descent. 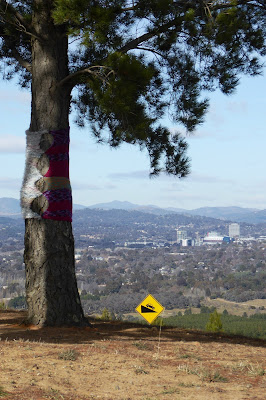 And reverting to type I am going to finish with birds.  A currawong and the kings who visit most days. 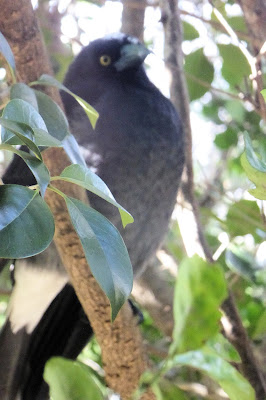 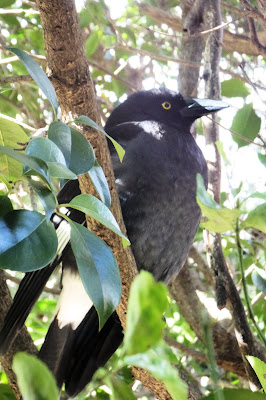 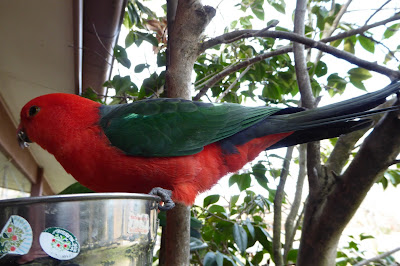 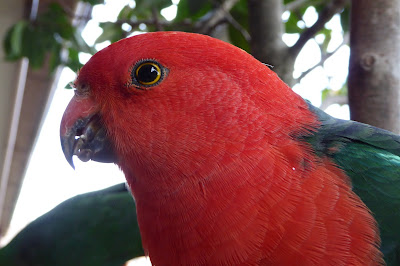 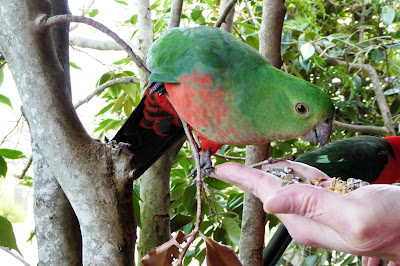 I do like my city.  Perhaps because it is quite possible to forget that it is one...
Posted by Elephant's Child at 04:50