Like River I usually run with a theme.   This week I am returning to the art and whimsy at Floriade using photos we took on our first visit for the year.  We haven't yet been back again, but we will. 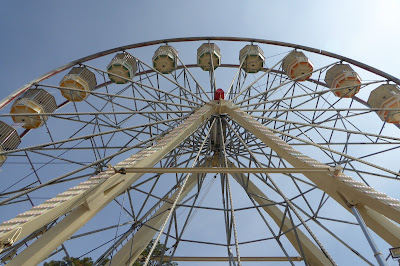 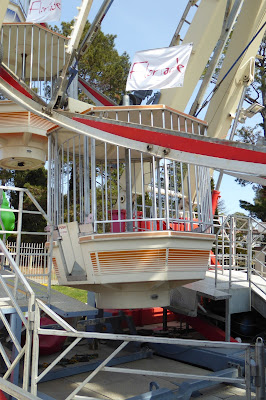 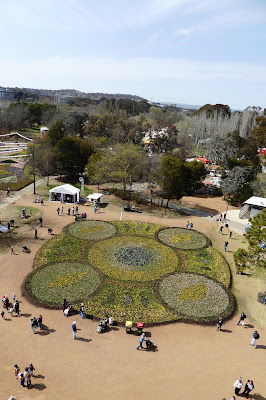 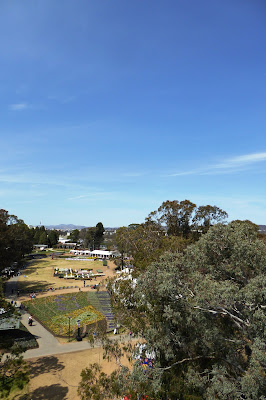 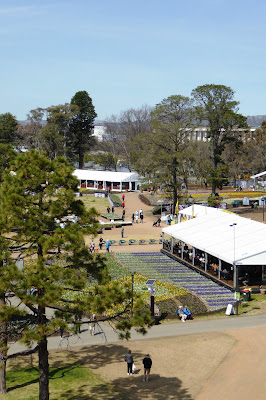 Of course we went up on the Ferris Wheel so we could see the patterns in the beds below.  They will look much more vivid as more things come into bloom. 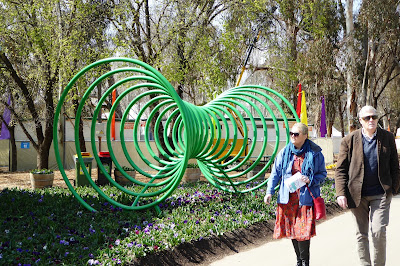 Not certain about this one.  Coiled hose pipe anyone? 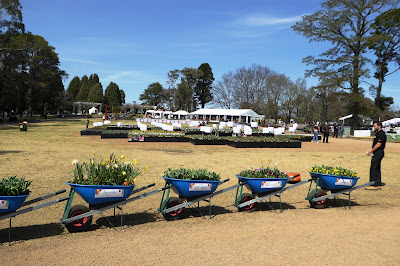 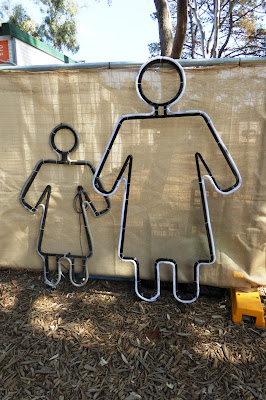 I am pretty certain that these are also illuminate. 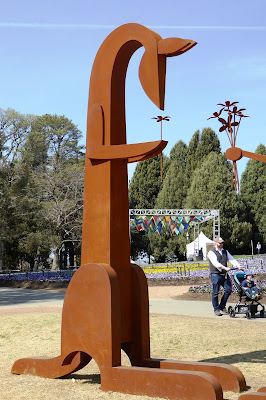 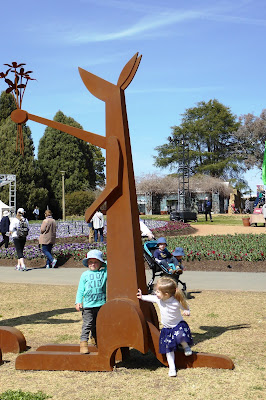 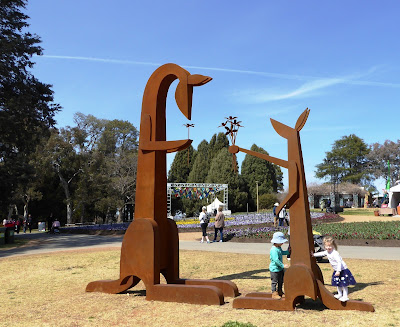 I wasn't the only one to enjoy kanga and roo.
It is by Jimmy Rix - and is titled 'Stopping to Enjoy the flowers'. 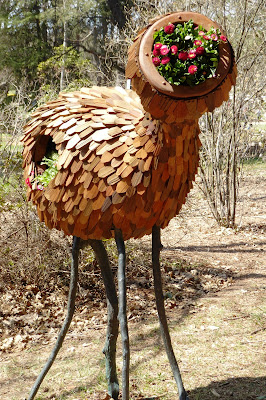 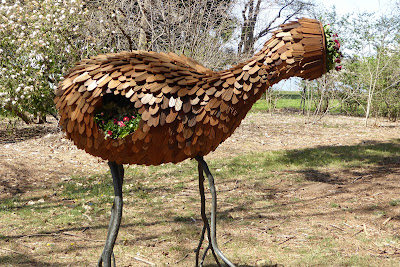 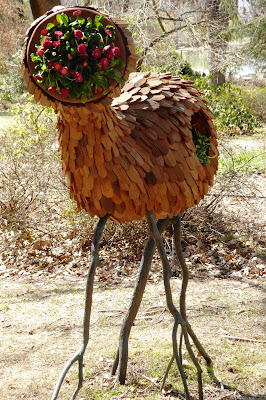 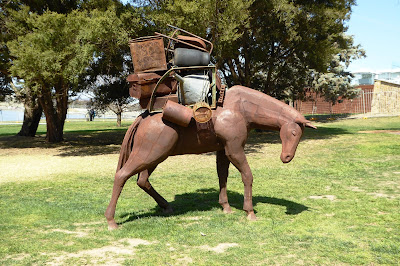 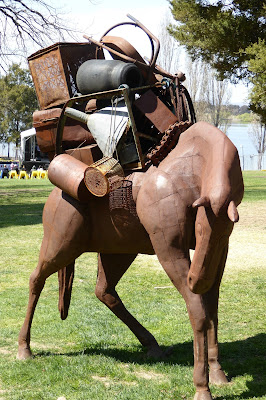 This sculpture by Andrew Townsend and Suzie Bleach was very aptly titled 'A Burden'.  If I was going to quibble I might say rather a lot of burdens... 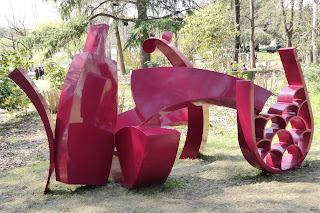 Colour me confused on this one:  Tete a tete by Phil Spelman. 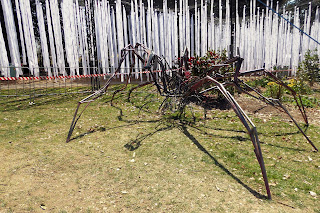 No title (that I could see for the spidery one.  Behind it were yet more things which are undoubtedly lit up at night. 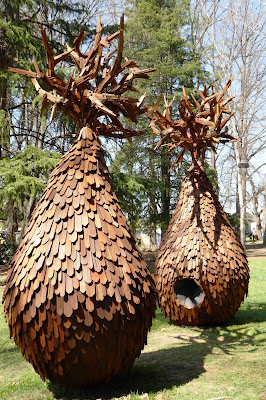 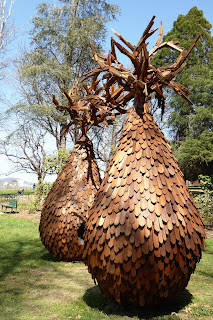 These, and (I think) the similar ones I featured early are by Margarita Sampson and called The Grove. 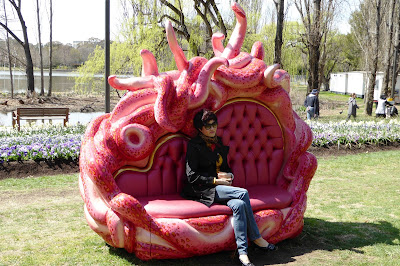 Another without a title... 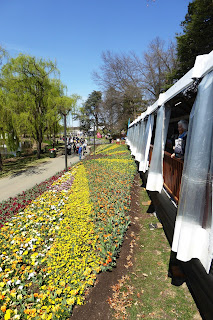 This is not a sculpture as such - but from this angle made me think of a train chugging through the displays. 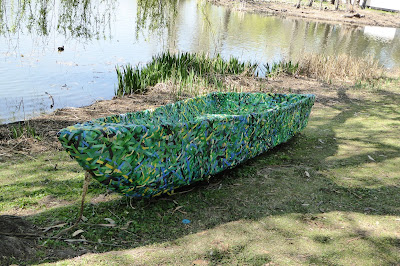 Ann McMahon's Ship of Fools was woven from plastic strapping.

Do you see why, even when the flowers weren't at their peak we had a thoroughly enjoyable time?  And it gives us the perfect excuse/reason to go back.
Posted by Elephant's Child at 05:27