For a lot of the year, early risers in my city can often see a balloon or two drifting across the sky.  I welcome them each time I see them.

However, in March for about ten days the city goes a bit balloon mad.  Each year we have a Balloon Spectacular (which starts as Enlighten finishes) and up to fifty balloons are launched each day.  Bliss.  There is always at least one 'feature' balloon.  This year?  There were three.  A Hummingbird from California which was HUGE and lovely and a Kermie Frog from New York, and a heart balloon from our own Hunter Valley.  The Hummingbird was a featured balloon last year too, but since it only flew twice they came back again.

Weather permitting they take off from the lawns of Old Parliament House shortly after dawn, and as well as the fortunate riders, it has become a tradition for people to come along and watch them inflate and take off (another free treat).  Some mornings there are hundreds of spectators.  Breakfast is available, and the crowd is happy.  The weather was kinder this year and the balloons launched most days.

My youngest brother is, like me, a balloon tragic.   Sadly this year, like last year, he missed out.  Commitments kept him away until the last two days.  And the balloons were grounded both days.  He mourned, and I feel for him.

I said when I posted Sunday Selections that I had  LOTS of photos of balloons to share.  So please, settle down with your beverage of choice, and smile with me (or at my balloon obsessed self).

Oops.  As an aside, the first time I ran through my photos I chose 47 to include in this post.  I have cut them down, but there are still a lot of photos. 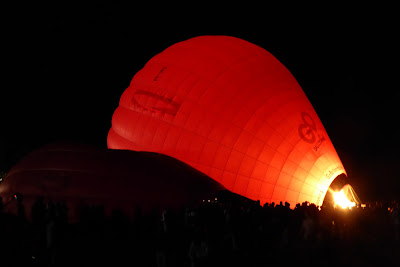 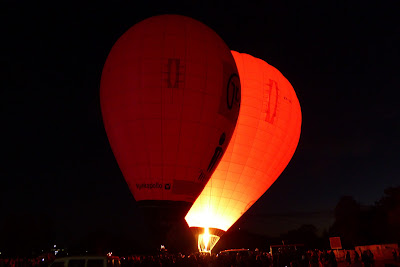 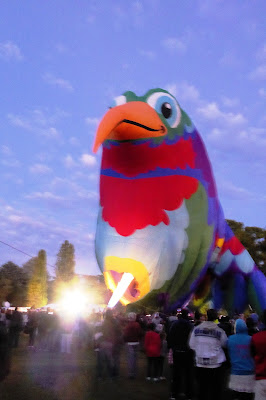 The Hummingbird inflated, but for some reason didn't take to the air the day we were there.  It did photo-bomb rather a lot of shots though. 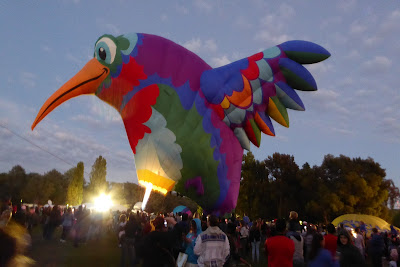 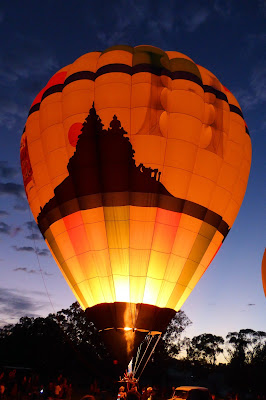 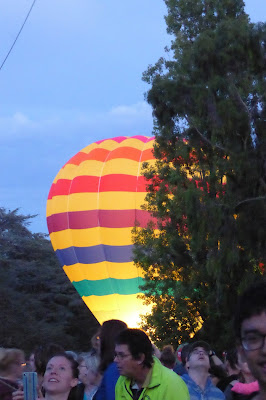 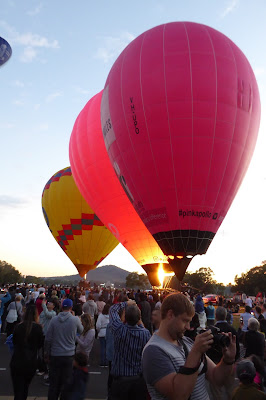 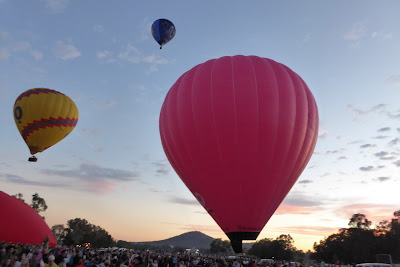 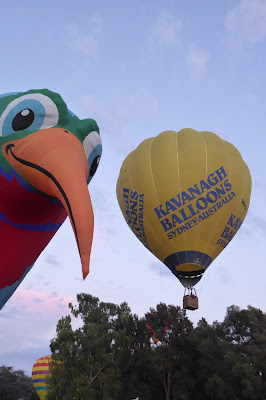 See what I mean about photo-bombing? 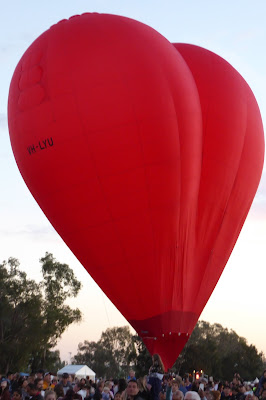 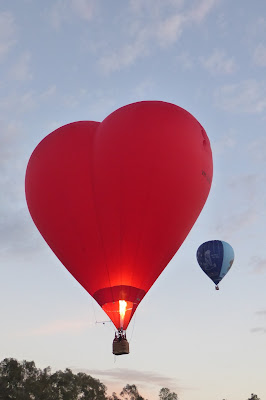 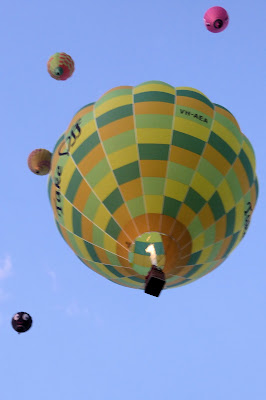 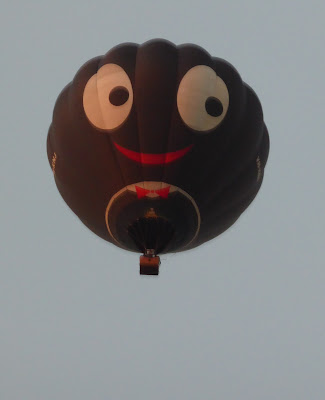 The smiling face above appears every year. 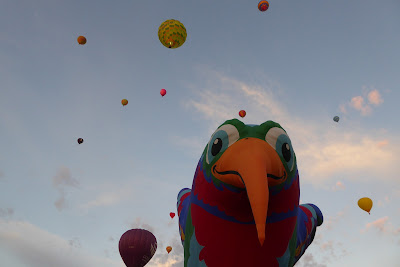 Lots and lots of balloons. 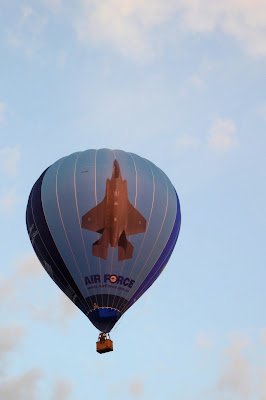 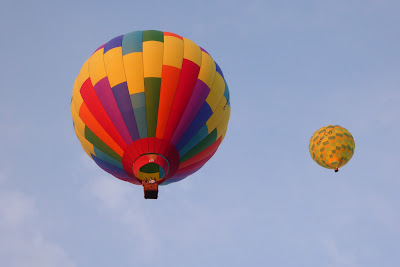 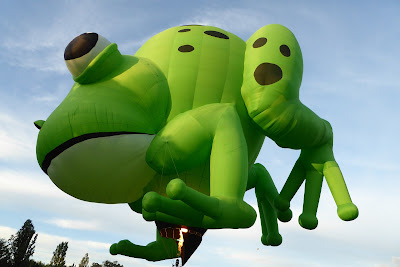 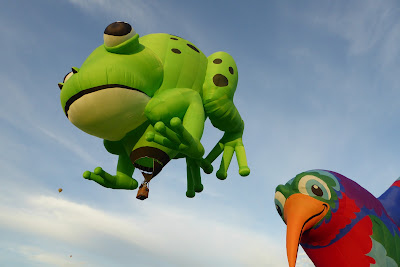 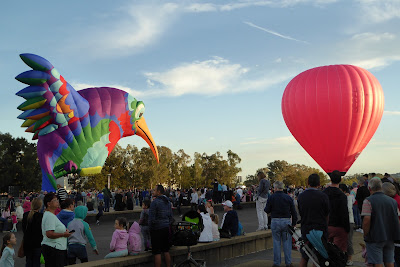 Neither of these balloons ever lifted off.  I wonder why?  So, we headed home, smiling and happy.  And, on our way home discovered that we were tailing Kermie the frog.  So we stopped in beside the lake. 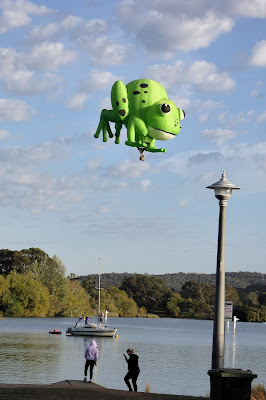 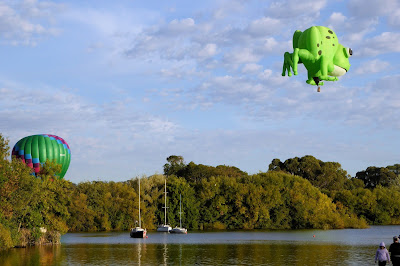 We learned that some skilled balloonists landed on the lake - and towed kayakers.  I would love to see that.  Next year.  Perhaps.

Email ThisBlogThis!Share to TwitterShare to FacebookShare to Pinterest
Labels: an excusion by a balloon tragic - and her partner., Balloon Spectacular 2018