I usually run with a theme. Last week I took you to our Enlighten festival (which finishes today).  I am taking you back to see more this week. 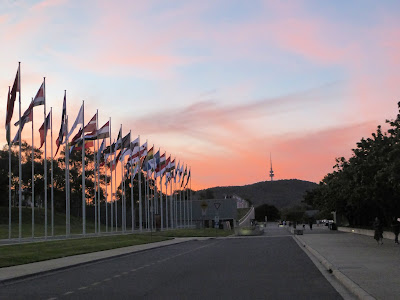 There is a flag for each nation who has a diplomatic presence in our country - including those countries where diplomacy is sometimes strained. 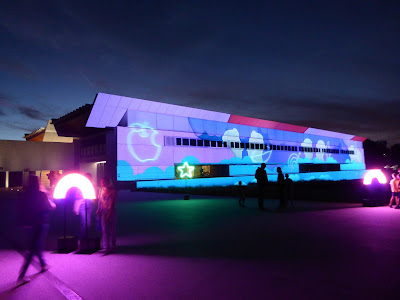 These next photos are of the illuminations on our National Portrait Gallery.  I enjoyed them but think that there have been better displays in other years. 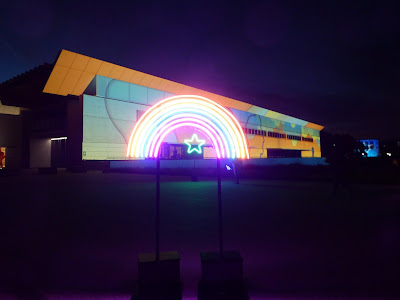 You will see a rainbow and a star in front of the Gallery - they seem to have been a bit of a theme this year and popped up in a number of places. 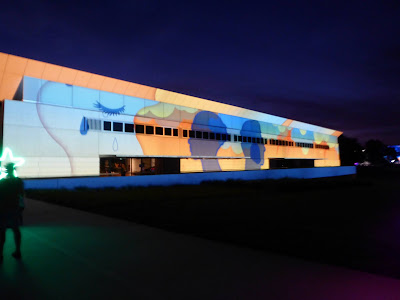 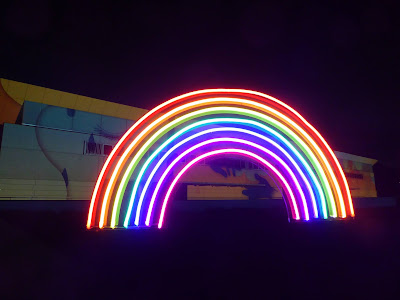 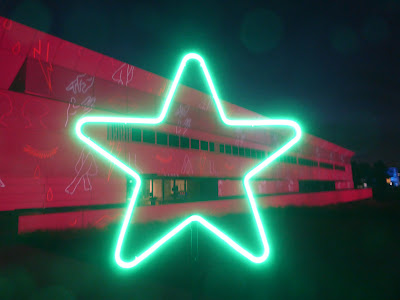 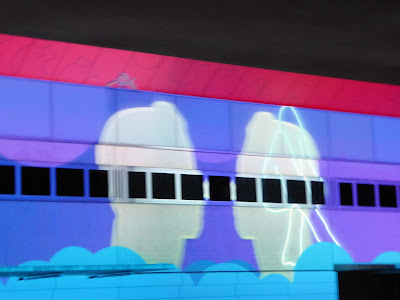 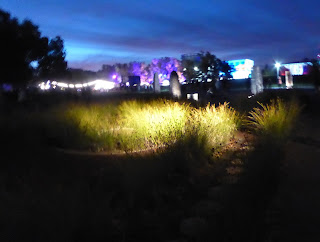 I enjoyed the illuminated native grasses too. 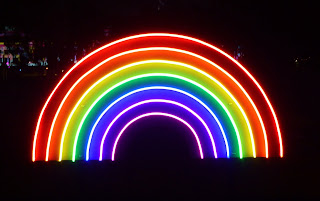 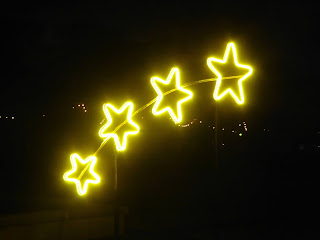 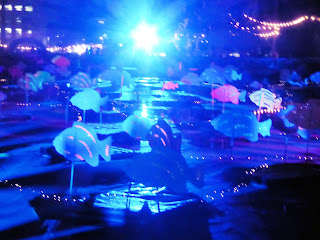 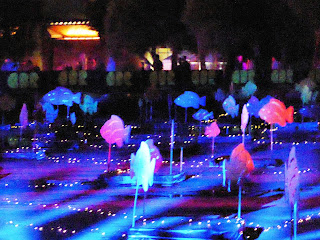 The fishes swam in a water feature which is currently without water and waiting for repair.  It looks decidedly better with the fishes than it does in the light of day. 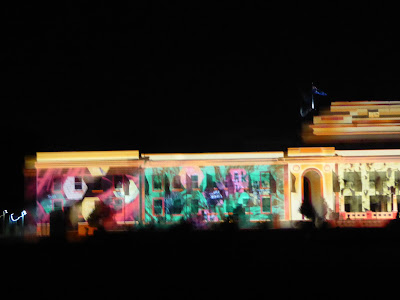 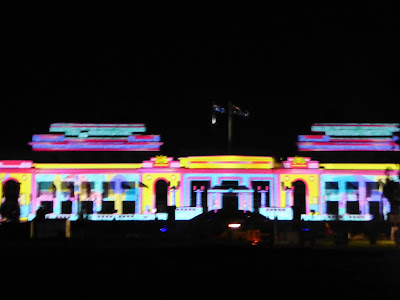 Old Parliament House - which while brightly coloured was less political and informative than it has been in other years. 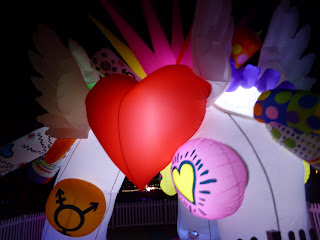 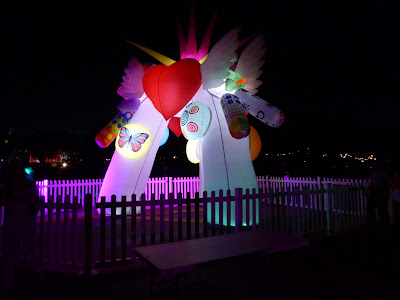 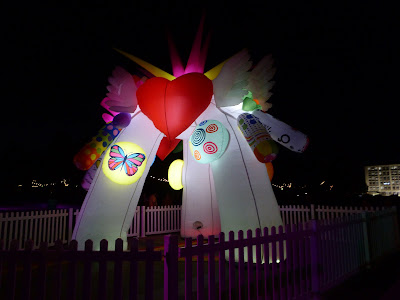 These shots are of a 'blow-up' feature.  It was cordoned off this year because of corvid.  In other years we were encouraged to wander through similar features. 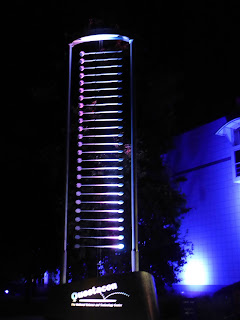 Next week (unless I show the Balloon Spectacular instead) I will show you the illuminations on Questacon, on the National Library and some other quirky fun.

I hope your week is packed with colour and joy.