I usually run with a theme.  I am taking you back to Enlighten this week, with a jaunt into the city to marvel at the Illuminating Mini Beasts.

Starting with Enlighten, and at the display on the walls of Questacon our interactive Science and Technology Centre. 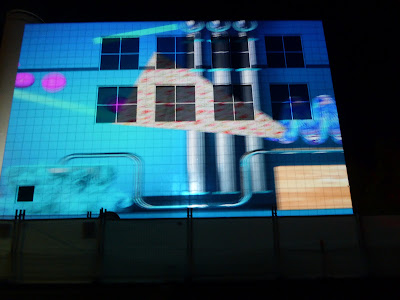 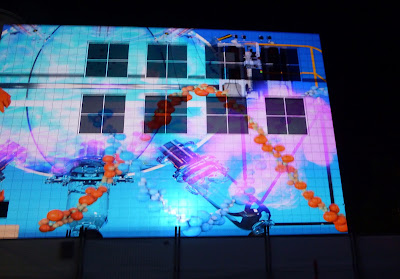 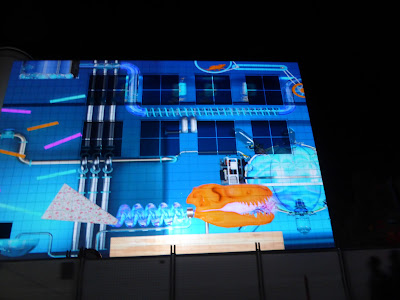 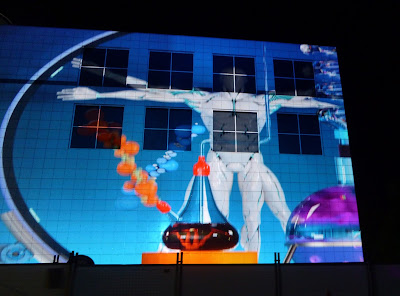 Wandering down towards the National Library we were delighted to find a flock of illuminated birds.  They were decidedly wind swept so I apologise for the blurry photos. 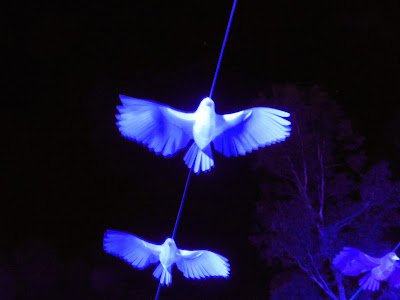 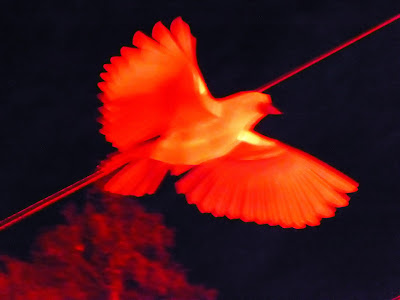 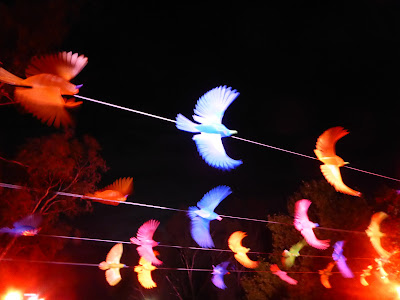 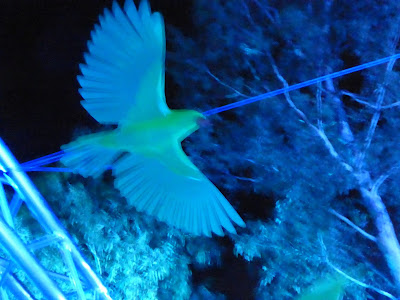 I have no idea how the lighting was done, but the last one looks very like a sulphur-crested vandalcockatoo.

The National Library featured slides about fruit growing/harvesting/processing in early years and was enhanced by voice overs from some of the people involved. 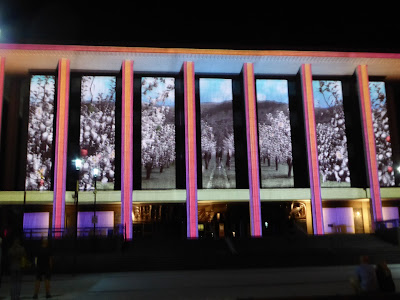 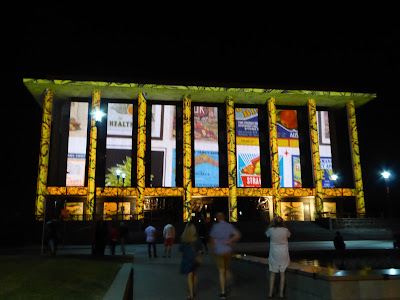 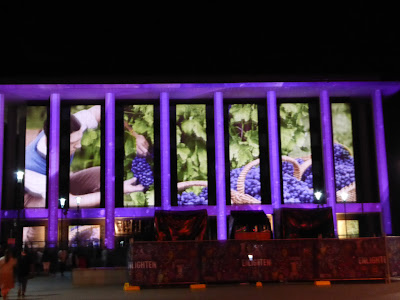 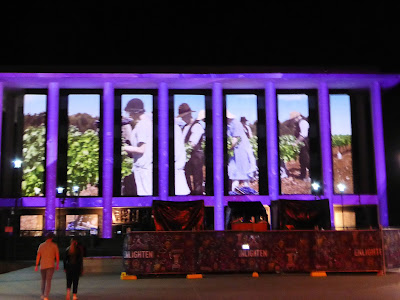 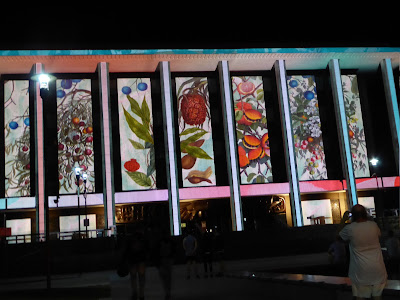 I said earlier in the post that I was going to show photos of the Illuminating Mini Beasts (also part of Enlighten) which brightened our city centre.  I lied.  As is usual I took a heap of photos and I think they deserve a post of their own.  Next week.

As I prepare this post much of Eastern Australia is under flood watch and some areas have been ordered to evacuate.  My heart goes out to them.  Here we have been promised rain which is conspicuous by its absence.

I hope you all have a healthy, happy, brightly coloured and safe week.