I usually run with a theme. We are still in lockdown and will be until this time next month (at least).  My images are a bit same old/same old but are bringing me joy.  I hope you enjoy them too.

Starting with the garden.  Neither of the next two photos are from our/my garden but they can be seen from our veranda. 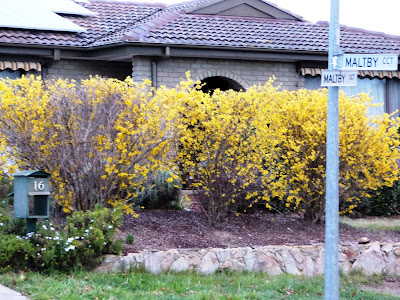 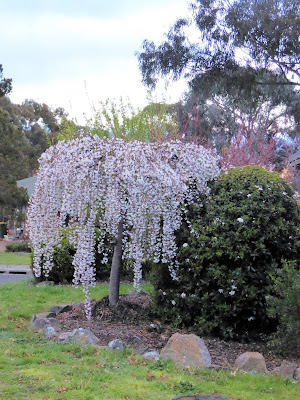 And then yet more from our garden.  More is coming out each and every day (including the weeds).  Floriade (our Spring flower festival) has been cancelled this year, but our own garden is giving me a pale shadow of it. 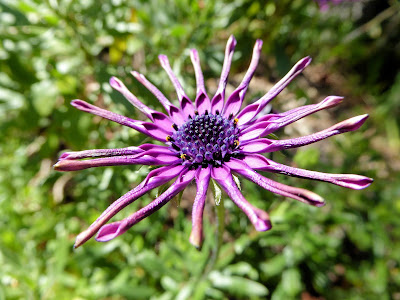 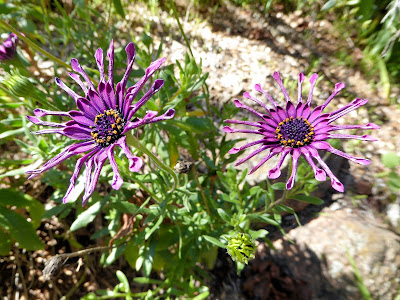 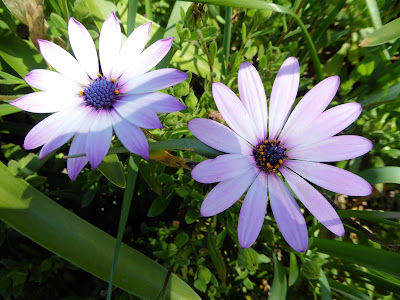 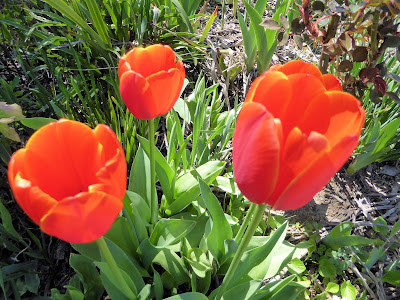 The bees find plenty of sustenance in it too. 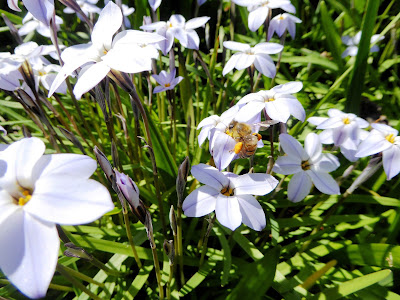 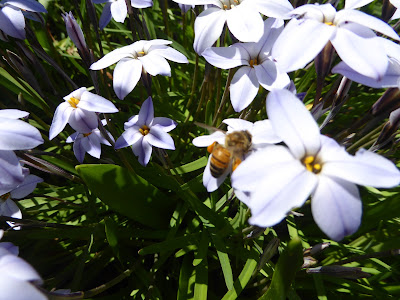 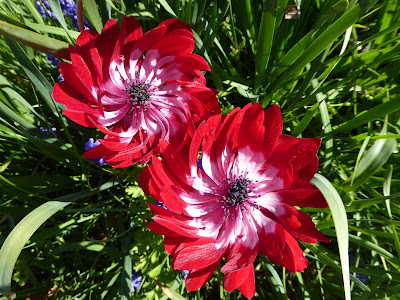 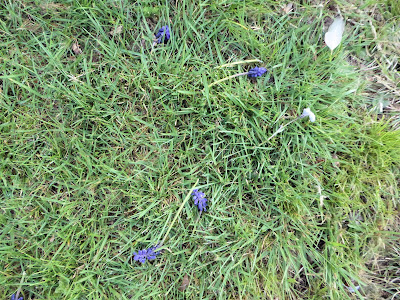 The usual feathered vandals have been busy too.  The sulphur crested cockatoos have (so far) left the tulips and the daffodils largely alone but are beheading and shredding the grape hyacinths and the tritelia with gay abandon. 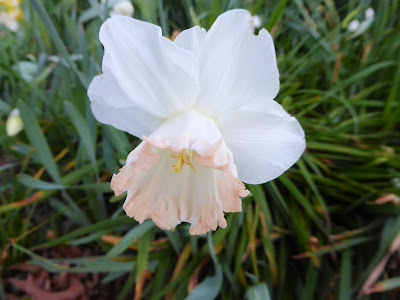 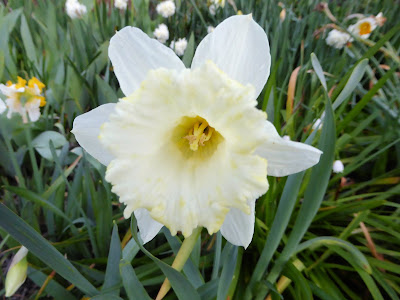 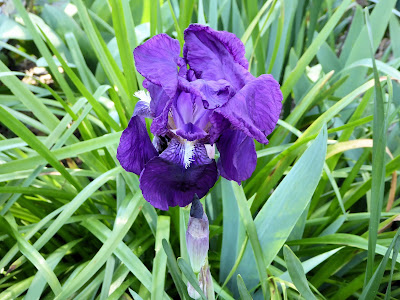 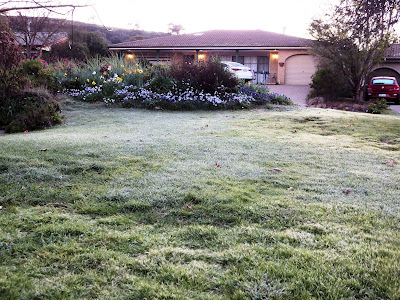 Spring is here - but that doesn't mean we are exempt from frosts. 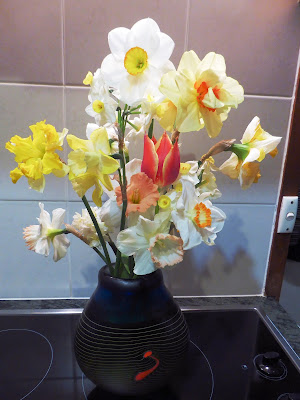 We have had some welcome rain too - which flattens some of the flowers - so we bring them inside. 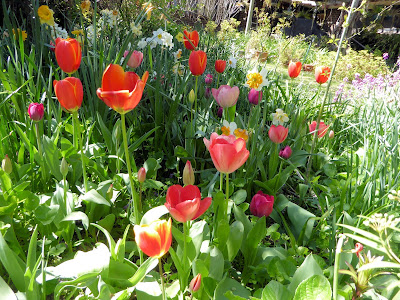 Other coloured tulips are starting to come out too. 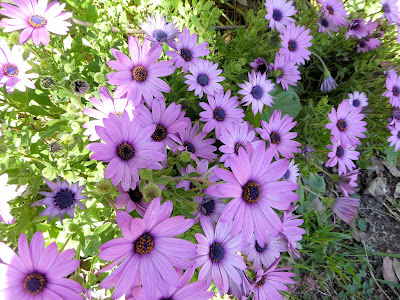 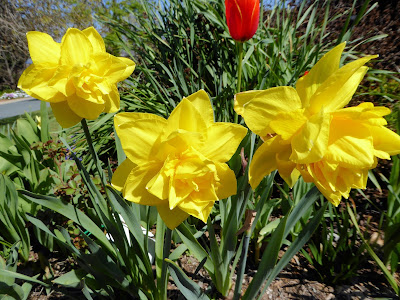 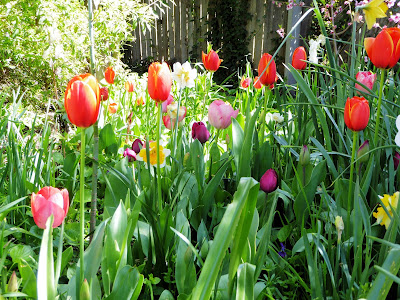 Then to birds.  The first, the Spotted Dove, is not native to Australia but since it was introduced in the 1860s it has made itself at home.  I think they are pretty birds and welcome their visits. 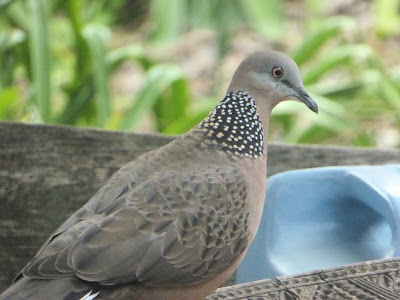 The second bird, the Australian Magpie is a native.  Our magpies are different to the European magpie and different again to those found in North America (showing a marked lack of imagination by those who named them.  Some of the males can be aggressive during breeding season when people stray too close to their nests but I love them and their song is home to me.

The following videos are very short.

For a change (not) I am going to finish with some early morning skycapes. 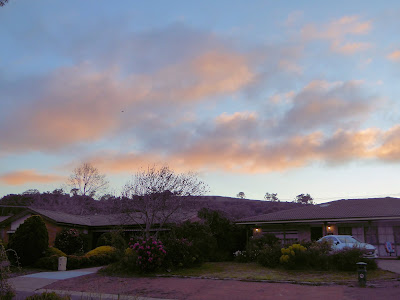 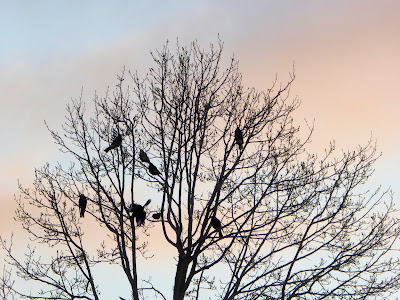 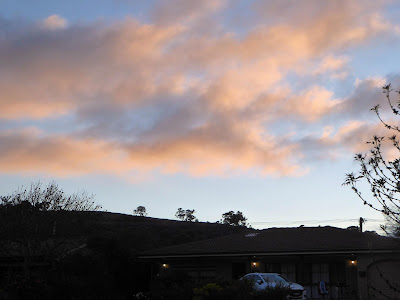 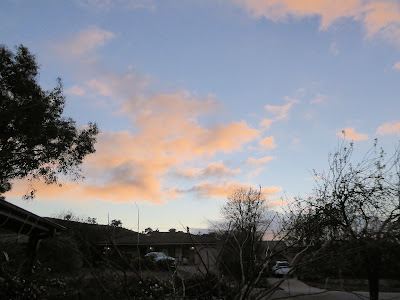 I hope your week is healthy, happy and filled with joy.