I usually run with a theme.  This week, and possibly next week, I am taking you back to the zoo with me.  This week I am going to mostly focus on some of our native animals. 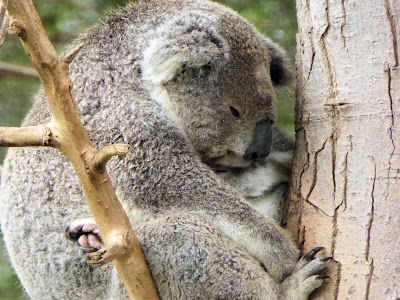 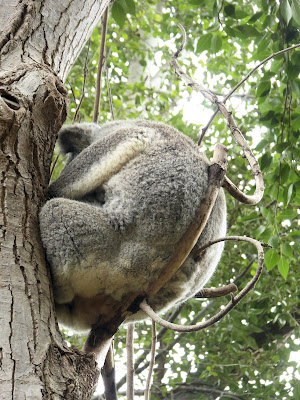 Koalas are dozy animals.  I know that we were told that the animals in the zoo missed seeing people.  I am not sure that the koalas even noticed we were gone.  I will ask the youngest of my brothers who volunteers at the zoo about that.  And as an aside he couldn't volunteer when our lockdown was at its hardest and he most assuredly did miss the animals.  All of them. 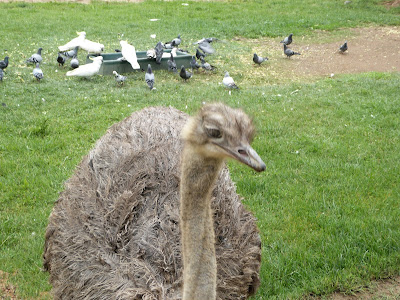 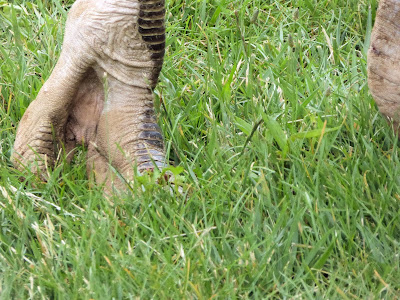 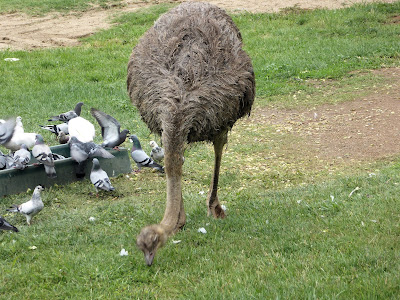 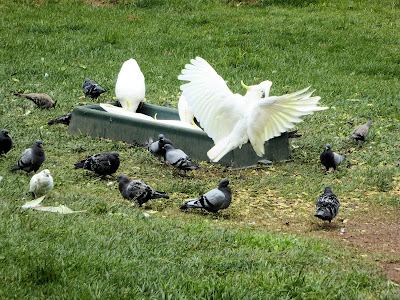 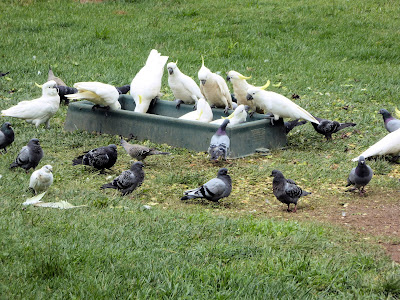 Ostriches are of course not native to Australia.  However when I got to their enclosure I was unsurprised to see that pigeons and Sulphur-crested Cockatoos had claimed their feeding trough.  The ostrich didn't look at all perturbed by the greedy interlopers.

Aren't those feet impressive though?  I would hate to be on the receiving end of an ostrich kick. 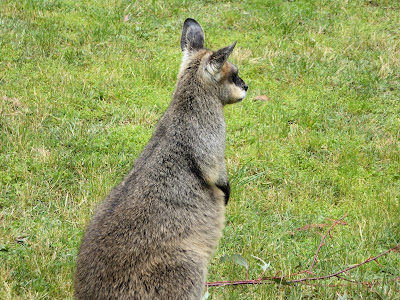 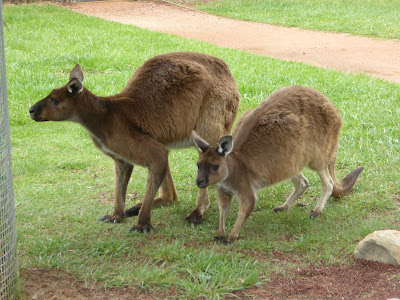 While many of the animals in the zoo are caged, there are others that wander freely.  These charming wallabies are one such animal.  They even have a labelled rest area. 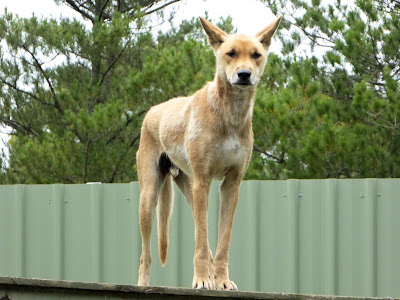 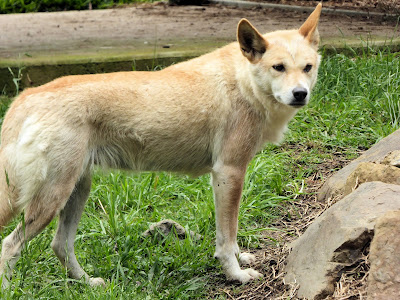 The dingoes are caged, but there is a sign on their enclosure saying that if they are nowhere to be seen, to keep your eyes out - they may be on their daily (escorted) walk through the zoo.  That is one of the jobs that zoo bro undertakes while he is there.  Goodness how he suffers. 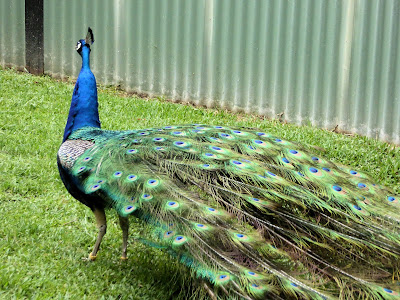 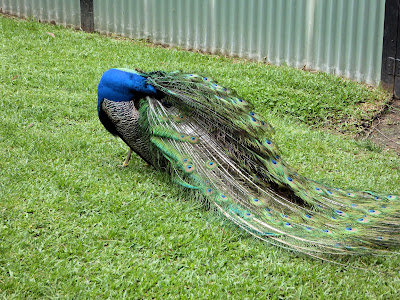 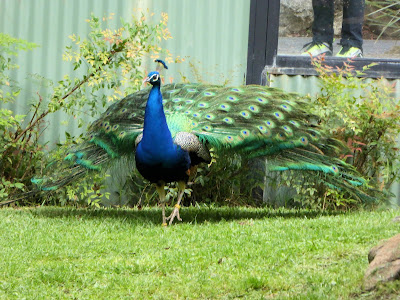 Again the peacock is not an Australian native, but happily wanders free in the zoo.  I suspect that its spectacular, but very wet tail, weighed a ton.  At one stage there were also pea-hens at the zoo and they bred happily.  However, the youngsters wandered into areas that were not safe for them (like the big cat's enclosures) and got munched - to the distress of onlookers.  This beautiful boy now lives alone. 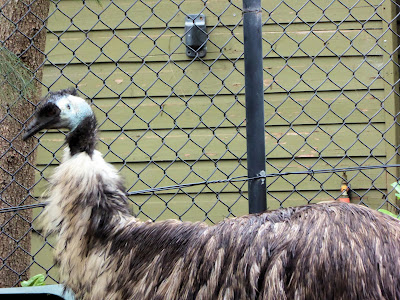 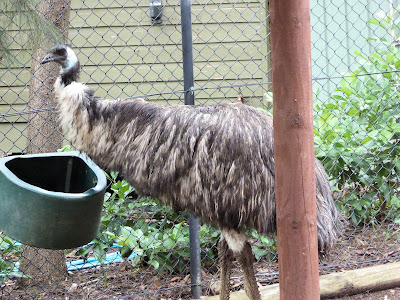 The emu also lives outside a cage - though I suspect it can often be found need this feed bin. 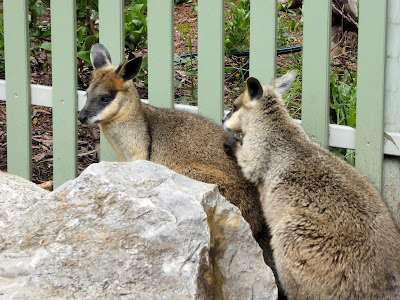 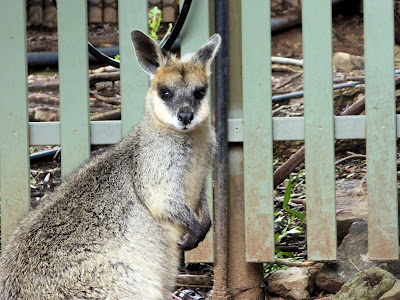 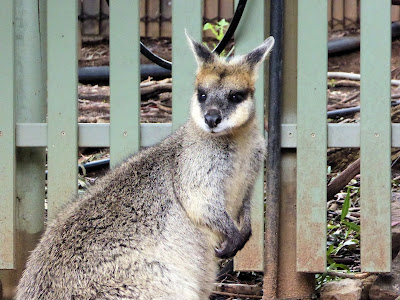 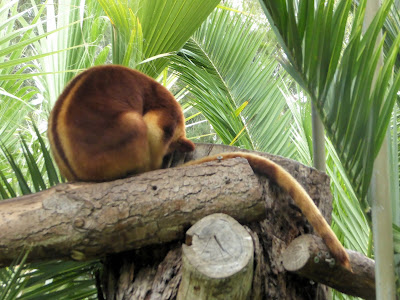 Tree kangaroos are another dozy animal.  I have never seen them more active than this one. 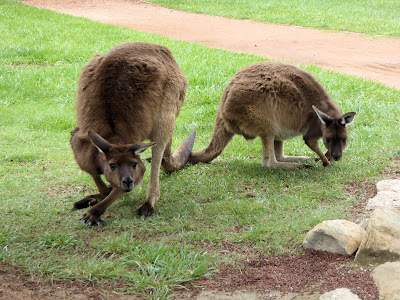 These kangaroos were in an enclosure, but I gather that other kangaroos have simply moved in and colonised other parts of the zoo. 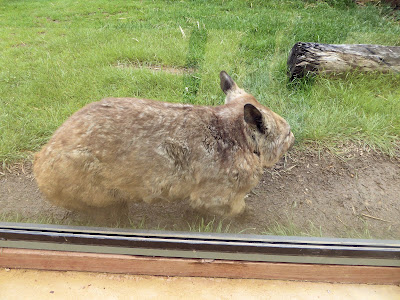 Finishing with a not very good photo of a wombat, doing the rounds of his/her enclosure.

I will remember the animals much better and for much longer than the meeting.  I hope your week is filled with happy memories too.