I usually run with a theme. It is beginning to look a lot like Christmas.  As well as the ubiquitous store decorations many people decorate their houses and I see quite a lot which look like this. 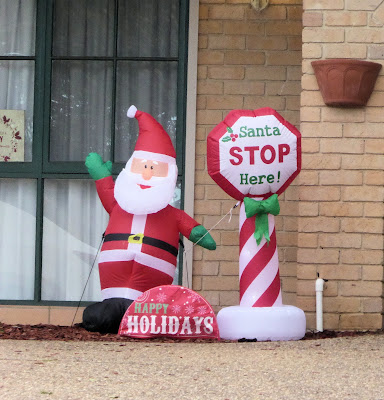 I am not religious.  Just the same, many of the Christmas decorations I see strike me as bordering on sacrilege and are a tribute to consumerism.

Out and about in my city I discovered some simple decorations that charmed me.  I hope you will enjoy them too.

The first photos are from the suburb in which I grew up and are simply titled 'Yarralumla does Christmas'. It is one of our older suburbs and is green and leafy. 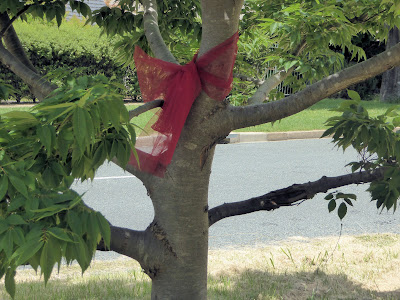 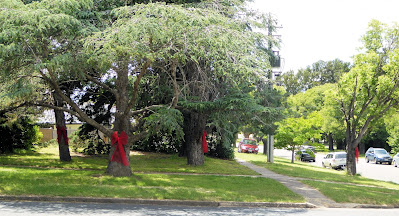 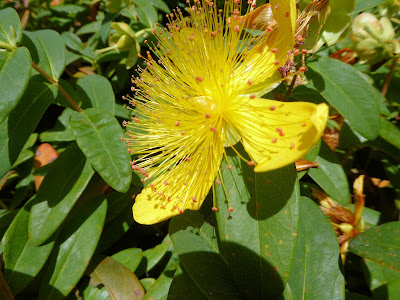 Being me I couldn't resist taking photos of lovely plants... 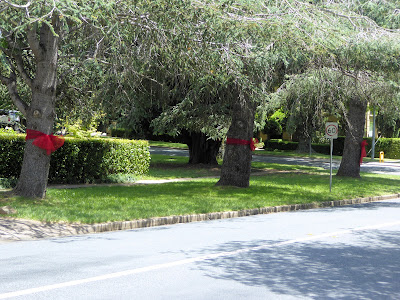 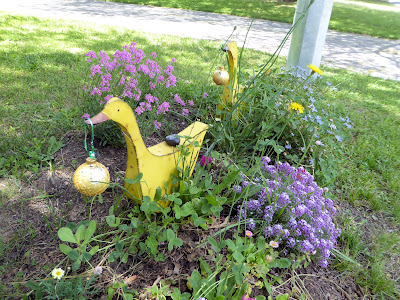 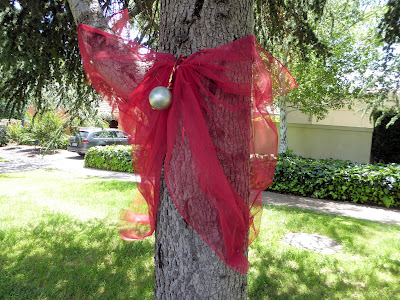 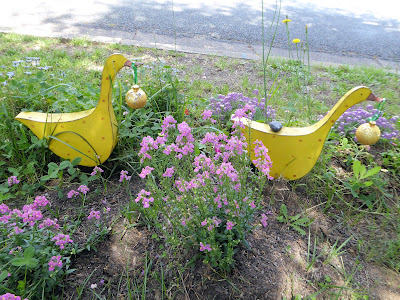 I did like the Christmas ducks who live in a garden bed beside the road. 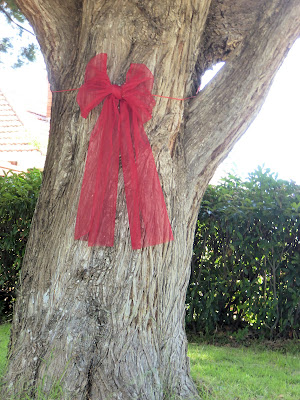 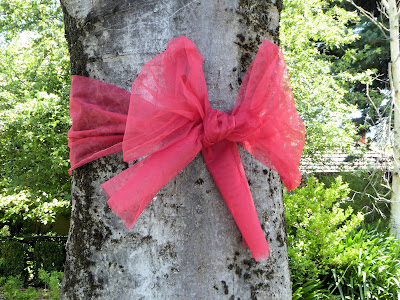 The red bows feature on many of the street trees.  Street after street of them.  I showed you some last year, and will probably show more next year too.

The final shots come from a house in my own suburb.  I loved it, and made a special trip to take photographs early one morning. 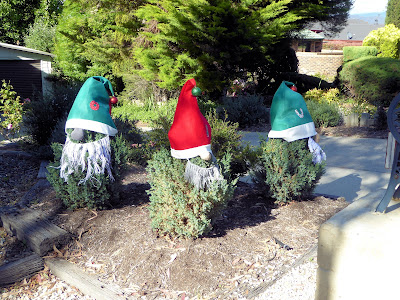 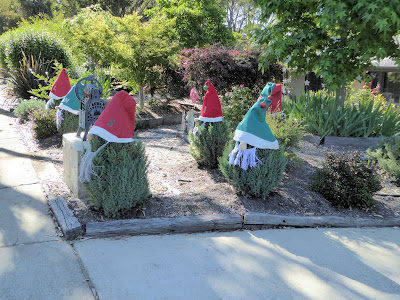 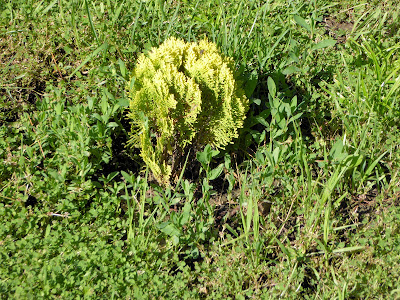 Perhaps this currently tiny conifer will feature in future years when it grows up. 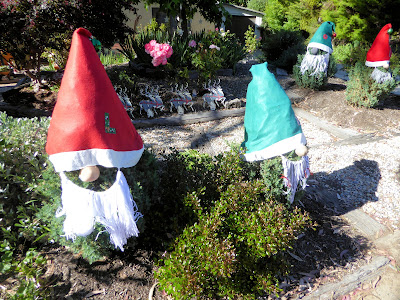 I assume that the initials on the hats belong to family members in the decorated house. 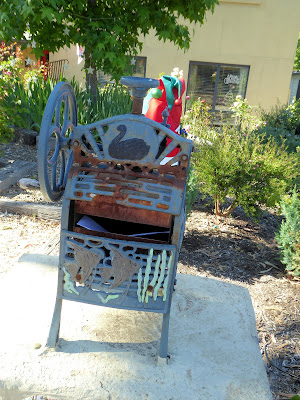 I liked their quirky letterbox too. 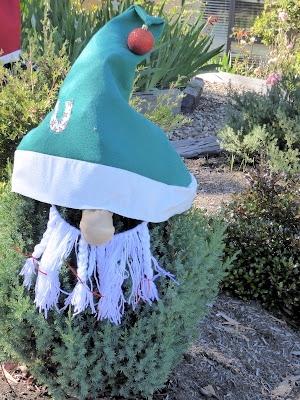 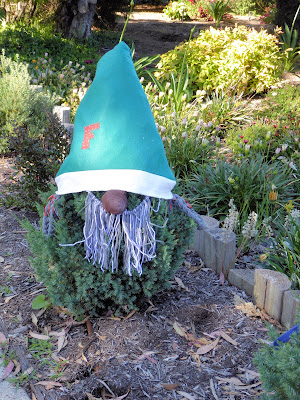 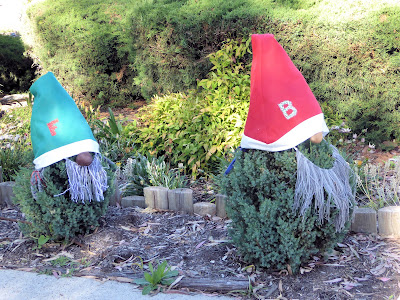 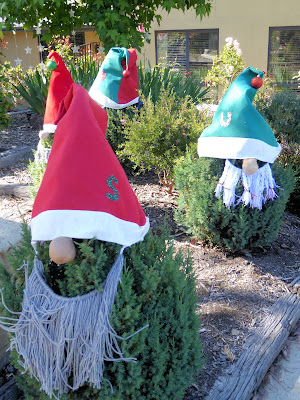 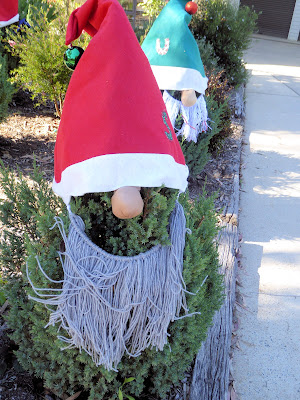 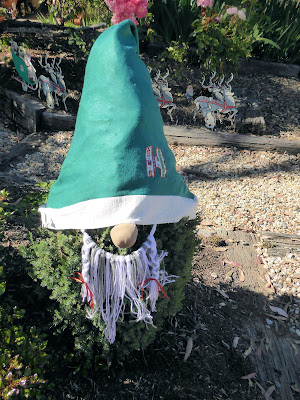 Aren't they charming.  Whatever you celebrate (or don't) I hope that the holiday season and year are packed with tidings of comfort and joy.