I usually run with a theme. We had a very wet day last week.  The following morning was not wet precisely (though more rain was predicted), but it was certainly grey.  When I went out just after first light the sunrise was invisible, but I delighted in rain bejewelled leaves instead.  And yes, the tree dahlias are coming out more each day, and many of them are well over ten feet tall now. 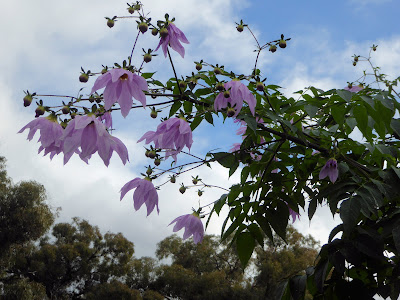 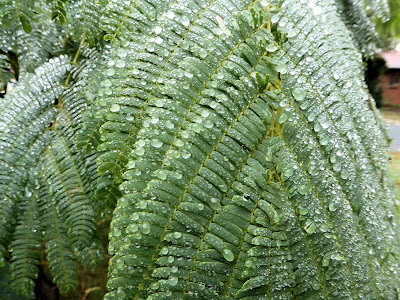 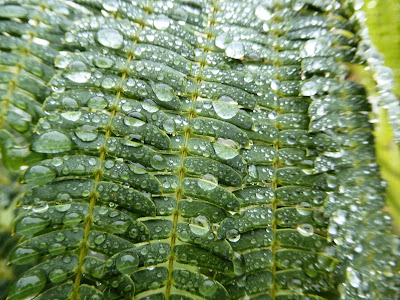 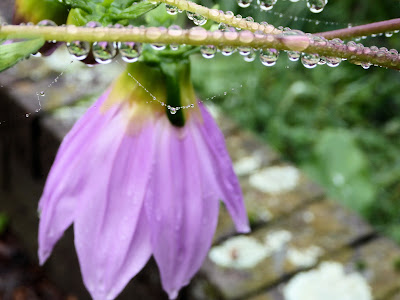 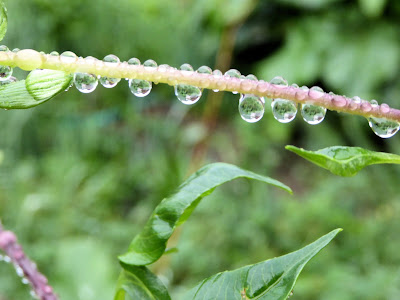 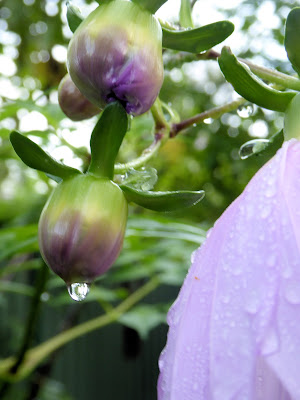 As the day wore on it continued to be grey.  However I noticed that the autumnal colour really popped in our garden so I went for a damp walk.  As I so often say, come walk with me... 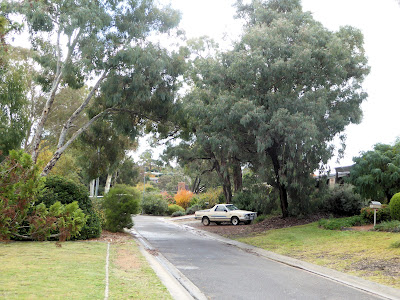 I loved that even on a damp day this bee had found the camellia. 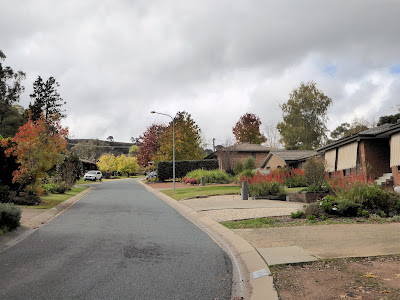 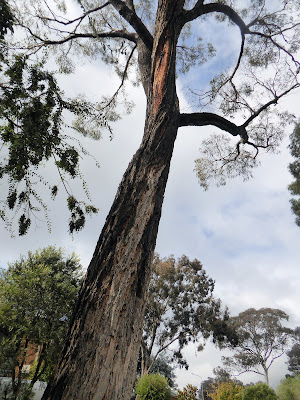 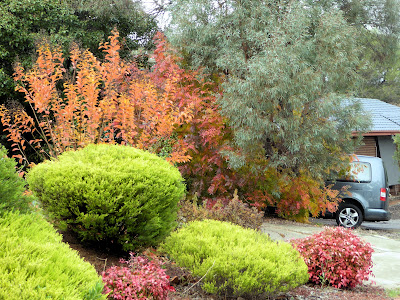 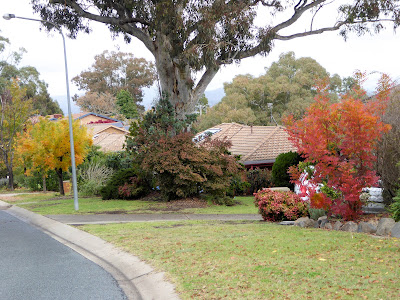 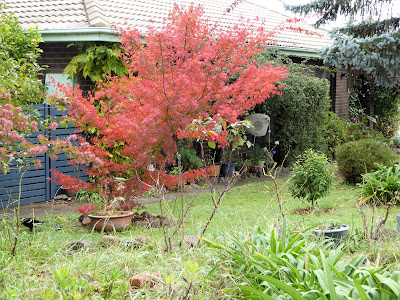 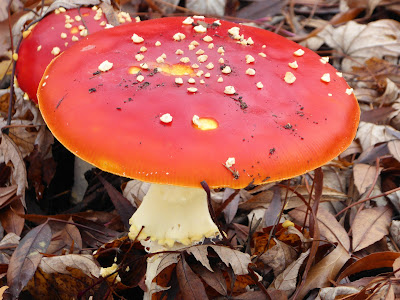 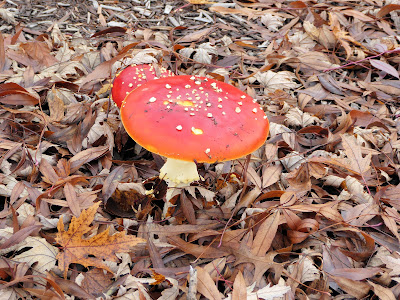 When first I saw this fungi emerging from the leaf litter in a near neighbour's yard I thought they were plastic.  But no, they weren't.  There were at least half a dozen of them, with more coming up.  Captain Google suggests they are Baorangia bicolour and that they are edible.  I wasn't tempted. 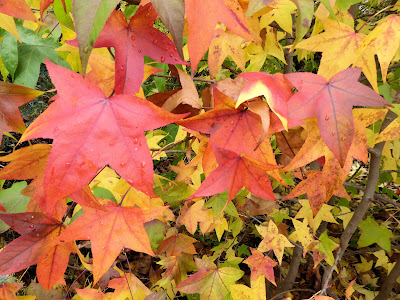 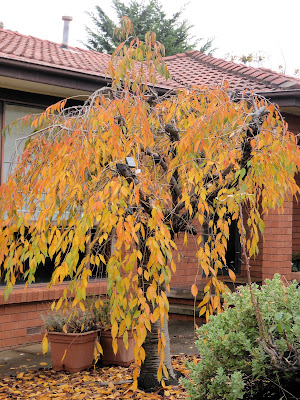 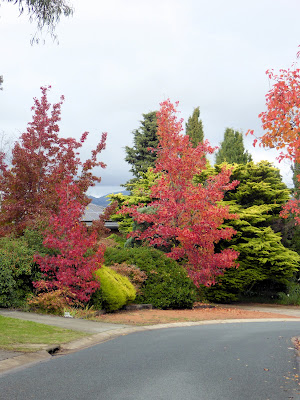 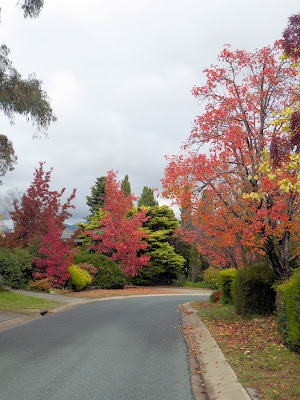 Do you see what I mean about the abundance of colour, despite the grey day?

Late in the afternoon some more colour came by for a visit.  King parrots.  Himself fed them while I took photos. 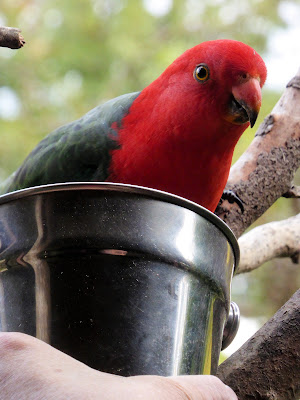 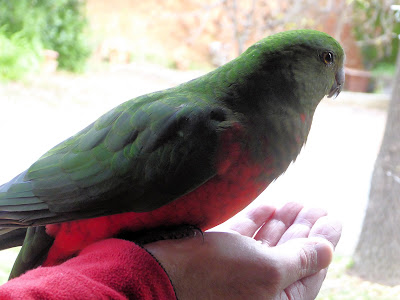 I hope you find colour and joy in your week(s) too.