I usually run with a theme. This week I am at home again, and mostly featuring early morning shots as well.

Yesterday was a chilly start.  At first light it was hovering around -6C (just over 21F).  So naturally I went out to attempt to freeze bubbles.  It was a tad too breezy for that, but I still spent nearly an hour outside, fascinated by the patterns in the frost.  In some of these shots you will see where the expression 'a sharp frost' comes from. 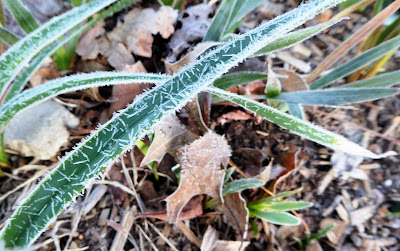 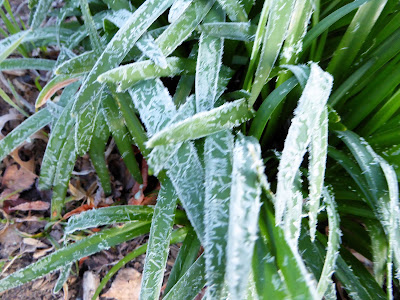 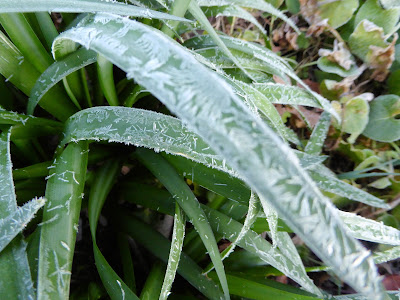 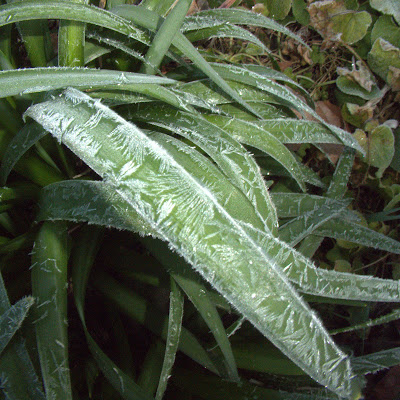 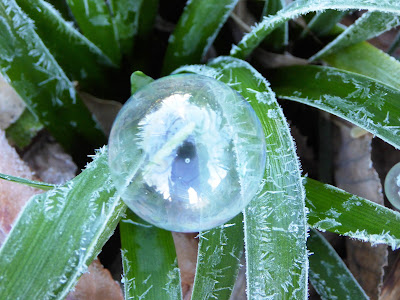 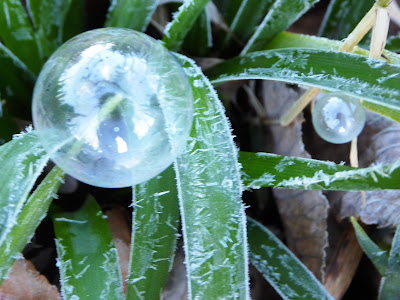 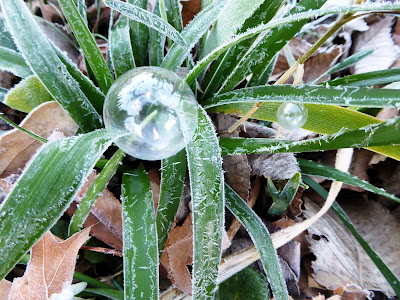 The dawn when I headed off to Lifeline early in the week was not as chilly - and definitely more colourful. 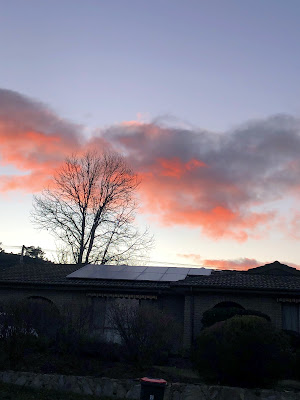 On the morning we were doing our grocery shopping it was grey, chilly and drizzling.  The day was immediately improved when we saw a rainbow on our way to the shopping centre. 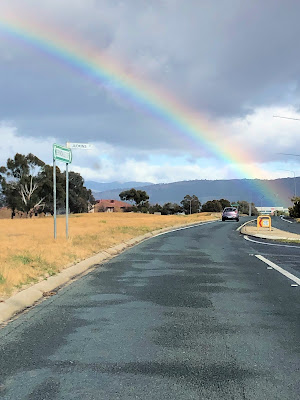 I often show you king parrots.  The males have the red/orange heads and beaks and the females and the young ones have largely green heads -though the males can be identified by their orange bills.

One day last week we were delighted to see a young male developing his adult plumage.  It is such a privilege when the adults bring their young to visit. 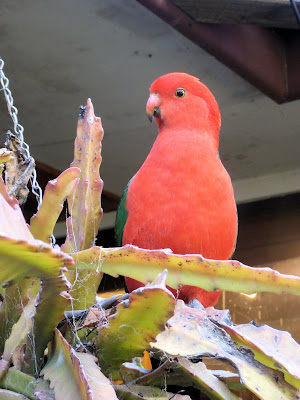 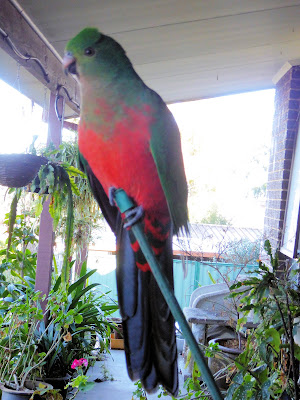 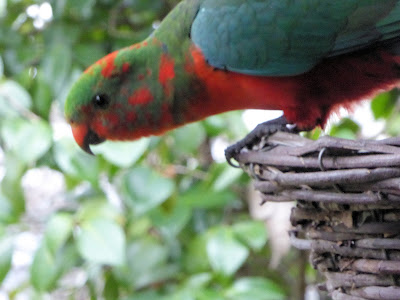 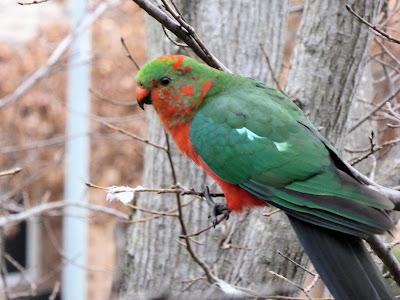 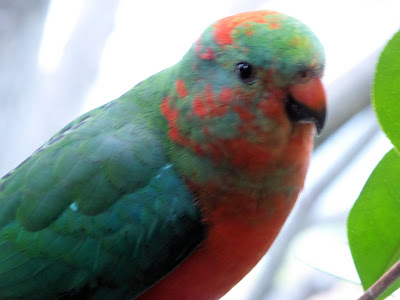 Just two more photos now.  Close to two hours after I came inside again yesterday morning I had to go out again.  And was amazed to spot two frozen bubbles. 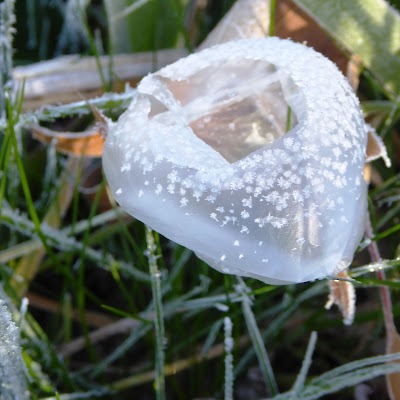 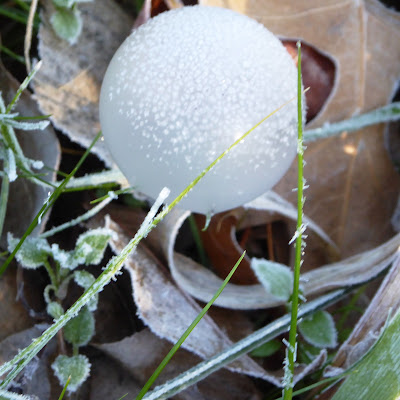 We hadn't yet got to positive temperatures and the bubbles had acquired a layer of frost.  The broken bubble is proof positive that they had indeed frozen.

I hope you find beauty in your week as I did in mine.

I am going to finish on a bit of a family brag.  The youngest of my brothers has now donated blood/plasma 400 times.  There is an old saying that says that whatever you do you should give a 100% of yourself - except when giving blood.  Over the years my brother has given more than six times the volume of blood in his body.  I am super impressed.