Yesterday Jahteh posted an amazing preview of The American Gem Trade Association 2011.  I fell seriously in love/lust with a dandelion executed in quartz and diamonds with silver and gold thrown in for good measure. I commented that I had a dandelion clock which has been cast in perspex and I didn't know how it had been done without the dandelion falling apart.  It is unmistakeably a real one and they are just so fragile.  And as an aside who else remembers blowing on the clocks to see what time it is?

Jahteh demanded that I post it on Sunday Selections.  So, here it is, though the photos don't do it justice. 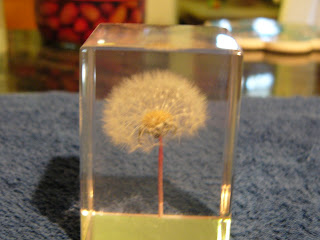 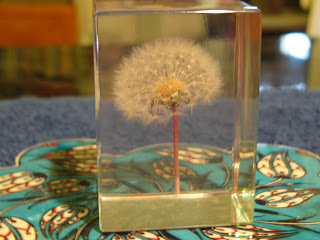 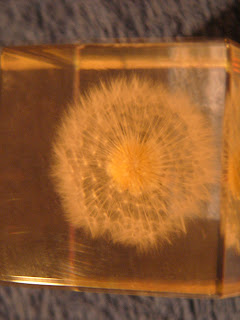 My father had died before I discovered it.  He would not only have loved it, but would have known how it was made.  And my youngest brother and I bought one each with just that thought in mind.
Posted by Elephant's Child at 09:24