Another truly beautiful day.  I headed off to the pool about 6.30, leaving the smaller portion blissfully slumbering.  Mean soul that I am I knew he would be woken sooner rather than later.  I had left the cats inside and Jazz had already made it clear that he wanted to go out.  NOW.   I refuse to let them out until it is fully light, and he follows me to the bus stop (on a busy road) so there was a reason for my unkindness.  Or do I mean another reason?  And the smaller portion (whose preference is for getting up at the crack of noon) was indeed woken before eight.

When I got home again we both wandered outside with the camera.  Every day more and more things burst into bloom. 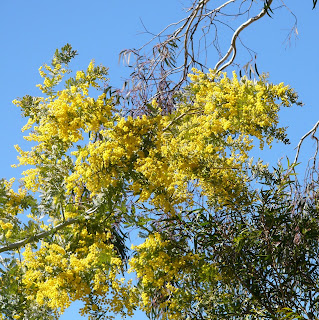 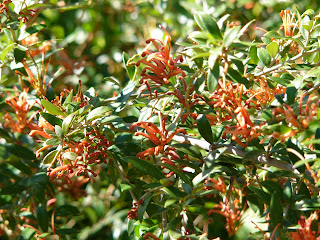 As we wandered past the dining room, we heard Jazz shrieking at us.  He had brought himself inside, but was objecting to us being outside while he was in (and on the table to boot).  What a little charmer he is. 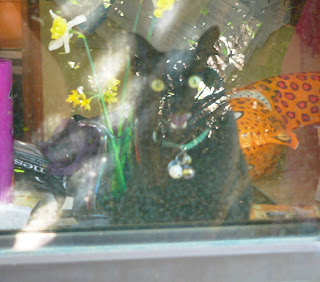 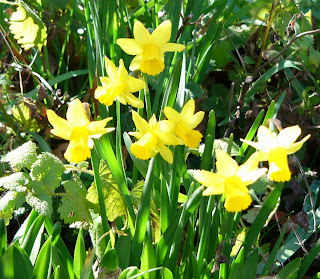 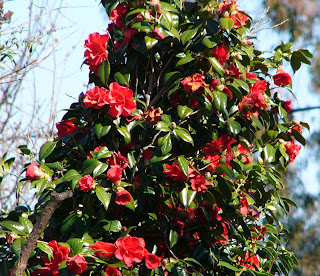 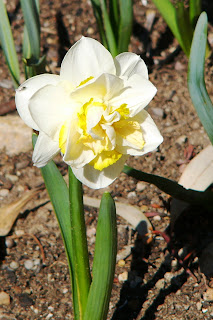 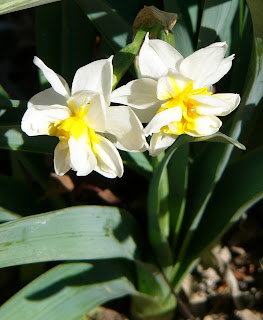 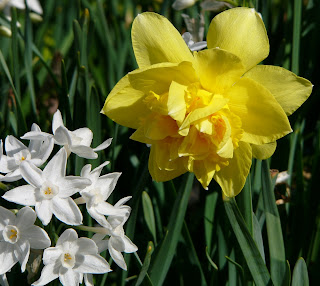 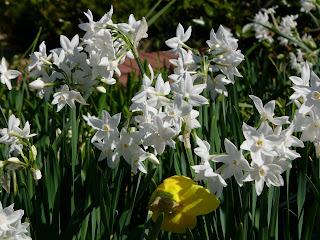 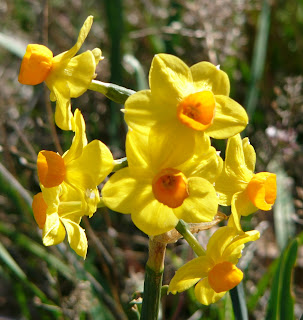 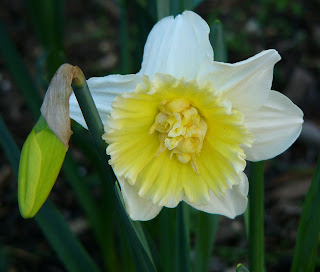 Most of the daffodils come from mixed collections so I rarely know what they are called.  I love them though, in all their infinite variety.  Which I had never known or guessed at before I had a garden of my own.
Posted by Elephant's Child at 14:46