When I got up this morning my mood was still blue verging on black.  So I took myself into the garden both to look for splashes of colour and to escape myself.

The colour I certainly found. 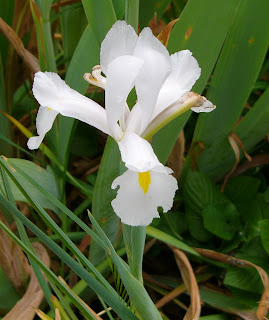 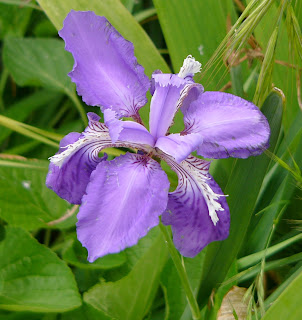 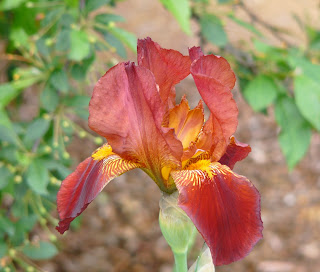 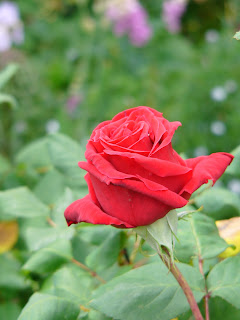 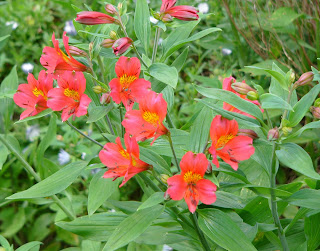 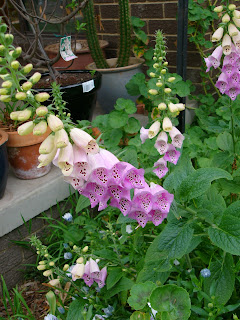 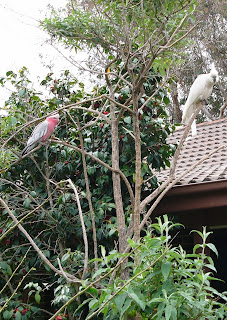 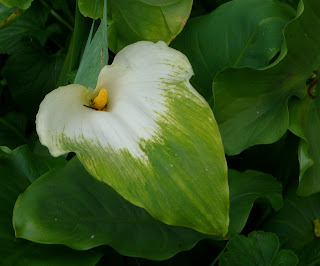 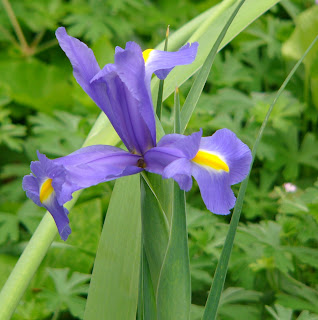 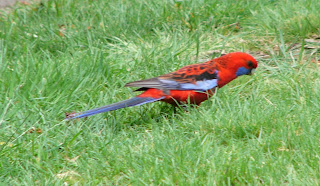 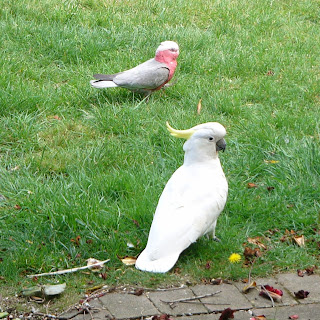 I also weeded.  Two big bags full.  There are probably only another twenty two bags of weeds to go.  Some time in the next little while we have 20 Sumo lilies, the same number of assorted dahlias and ten calla lilies to squeeze into the garden.  Somewhere.

Then I came back inside.  Almost as soon as I was in, the king parrots arrived.  I knelt on a chair in the lounge to take a photo.  Jazz ran up my back to see what I was doing and attempted to sit on my shoulder.  He slipped off.  So, using his claws like crampons he climbed up my back again.  I shrieked.  The smaller portion removed Jazz.  When I turned around (blood seeping through my t-shirt) it was to see Jazz in himself's arms being petted and soothed after his mishap. While I can see the funny side  I haven't forgiven either of them.  Yet. 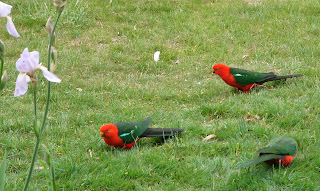