Like River I generally run with a theme.  Earlier this week a corella came to visit.  He wasn't shy at all, and allowed us to get within two or three feet away.  The corella had his back turned initially but sloooowly turned around to look almost directly at us, appearing to be almost as interested in us as we were in him.  A treat. 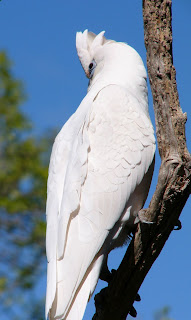 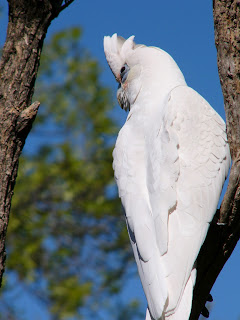 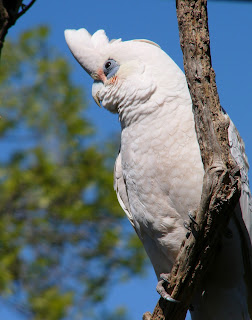 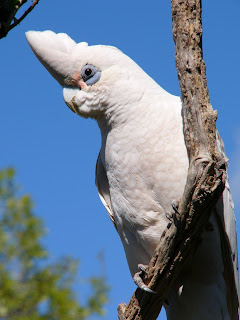 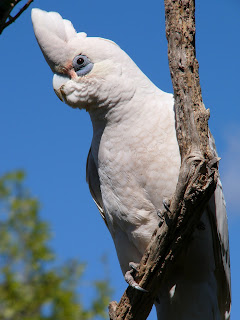