Sunday Selections was originally brought to us by Kim, of Frogpondsrock,  as an ongoing theme where participants could post previously unused photos languishing in their files.

Like River I generally run with a theme. This week I am featuring the  Red WattleBird.  This is an aggressive little bird that punches well above its weight.  It swoops the cats, and considers swooping me.   Instead it settles for abusing me as I come in or go out of the front door.  They wake well before the first sparrow fart and are remarkably unmusical.  A shriek crossed with a cough perhaps.  Just the same, I like them.  This fellow was having a fine time in the camellias just outside the front door. 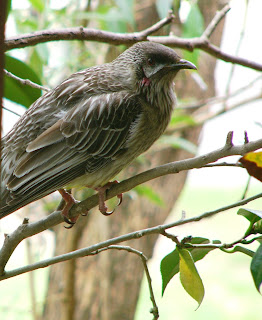 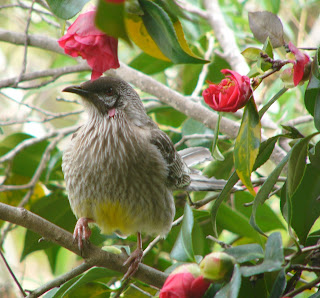 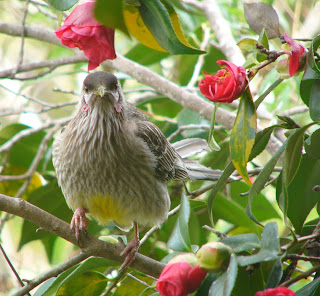 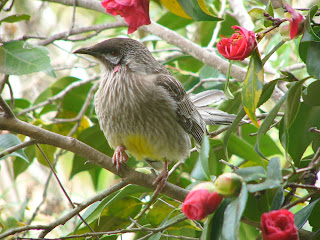 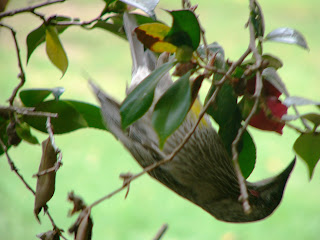 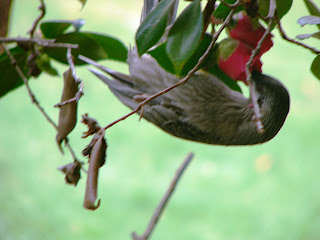 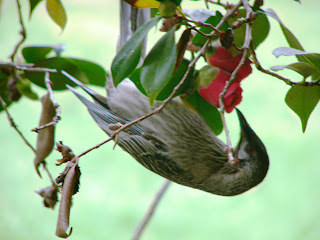