Like River I generally run with a theme.  Yesterday morning we started the day with fog and frost.  When the sun started making valiant attempts to break through I wandered out to pick up the papers.  There were many, many sparrows greeting the sun with noisy chirps from within the crab-apple tree and at least a little blue sky...  An hour later, there was nothing BUT blue sky.  As always, clicking on the photos will embiggen them. 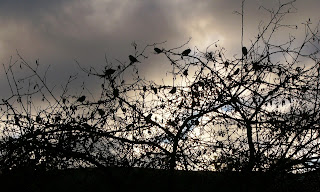 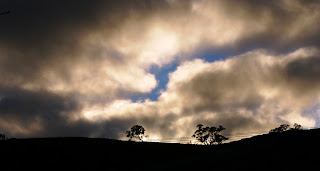 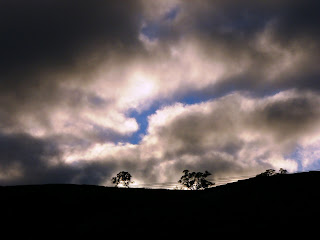