Like River I generally run with a theme. Yesterday was one of our first truly wintry days.  We started with a crisp frost (we had a minimum of nearly minus 6 centigrade) and bright blue skies.  So I went and played in the garden, putting in foxgloves, delphiniums and a poppy.  Then I wandered around the back yard and admired a bush I only know as Winter Joy.  Not the purple wall-flower of that name but something quite different.  (And if any of you know another name for it, I will be grateful).  It is a fairly ordinary bush for most of the year, but when it loses its leaves in winter it comes into blossom.  Bright cheery yellow blossom.  As always, clicking on the photos will embiggen them. 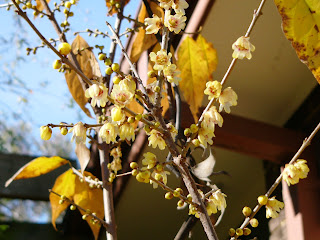 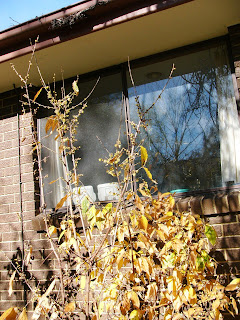 Shortly after that, the day clouded over.  Which meant that the sunset was a delight.  Never mind the silver lining, yesterday we had pinks, mauves, gold and orange instead.  Lovely. 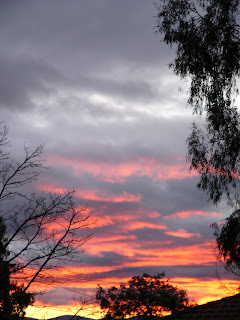 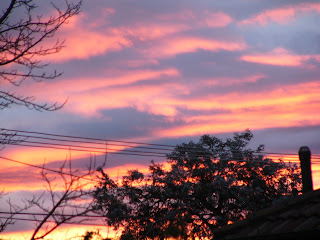