Sunday Selections was originally brought to us by Kim, of Frogpondsrock, as an ongoing meme where participants could post previously unused photos languishing in their files.

Like River, I generally run with a theme.   This week I am featuring birds that I don't often show you.  You will probably need to click and embiggen because the first bird of the week is very, very small.

The Silvereyes are tiny, quick moving birds which are hard to capture.  The lure of an apple kept them still enough (just) to fire off a few quick shots.  In the second shot you can see where its very original and imaginative name comes from. 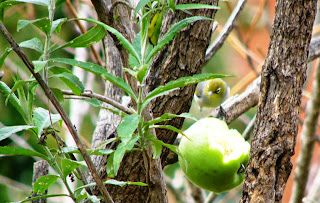 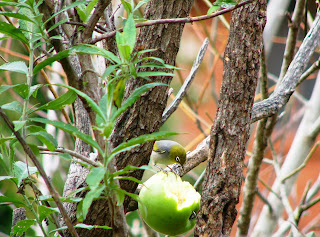 The next bird is a Rainbow Lorikeet.  They are quite common in coastal areas of Northern and Eastern Australia but we, being a distance from the coast, rarely see them.  And welcome them when we do.  This pair appeared just after six one morning last week. 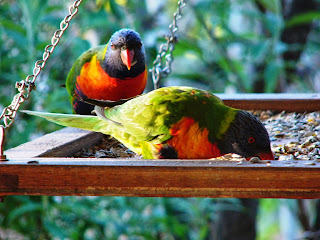 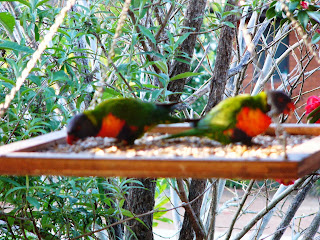