Like River, I generally run with a theme. This week is (mostly) devoted to Jewel.

Like the people they own, neither Jazz nor Jewel are fond of visitors.  Jazz growls at them, and scuttles away, belly to the ground.  Jewel runs for the safety of the wardrobe - which Jazz opens for her.

When the smaller portion's sister was staying with us Jewel spent all the hours that his sister was up hiding in the wardrobe.  (Jazz is more food oriented and came out to eat and to attack me).  Essentially Jewel spent a month in the wardrobe, adding to the patina of black fur on all my clothing.  This made his sister feel bad.  Soooo, she bought Jewel a treat.  A soft penguin for her to snuggle into.

Needless to say, the success of the gift wasn't evident until after we had the house to ourselves again.  Jewel LOVES it.  She pounds it into submission (and it doesn't put up much fight) and snuggles down into it. 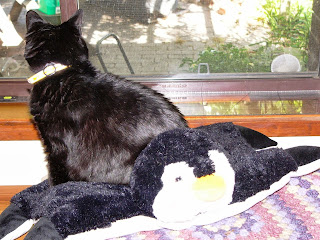 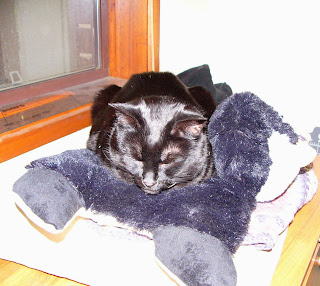 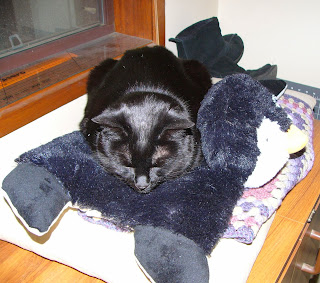 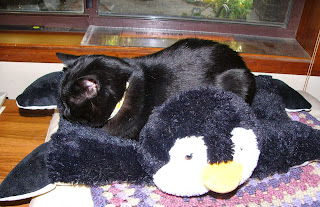 And I couldn't post photos of Jewel without including at least one of Jazz.  They are checking out someone walking in the street - ready to growl and run (Jazz) or just run... 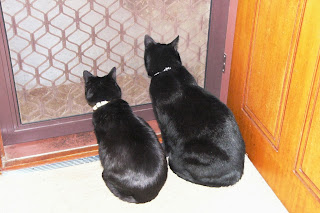