Like River I usually run with a theme. This week is no exception - but first things first.

Thank you all so much for your comments and messages of support while I was having a wallow in the pity pool.  I have found my flippers and my snorkel and have pretty much emerged from the murky depths.  The coughing virus and the ear infection I picked up are both mostly gone, but my MS is thriving at the moment (drat it) so I am not walking well and pain is an issue.  However, our Enlighten Festival (which runs for two weeks) started on Friday.  Lots and lots of illuminated buildings down by the lake.  Of course we went.  And this year they have added Night Noodle Markets so we went early - thinking we would have an early dinner and then a wander.

Wrong.  The Night Noodle Markets were incredibly crowded and expensive - and there was nowhere to sit (except on the grass) if you did reach the head of the queue.  Neither of us could face the queues and if I get down to the ground I have huge difficulties getting up again, so we passed.

Instead we wandered down to the lake to see Voyage - where 300 paper boats formed a fleet. 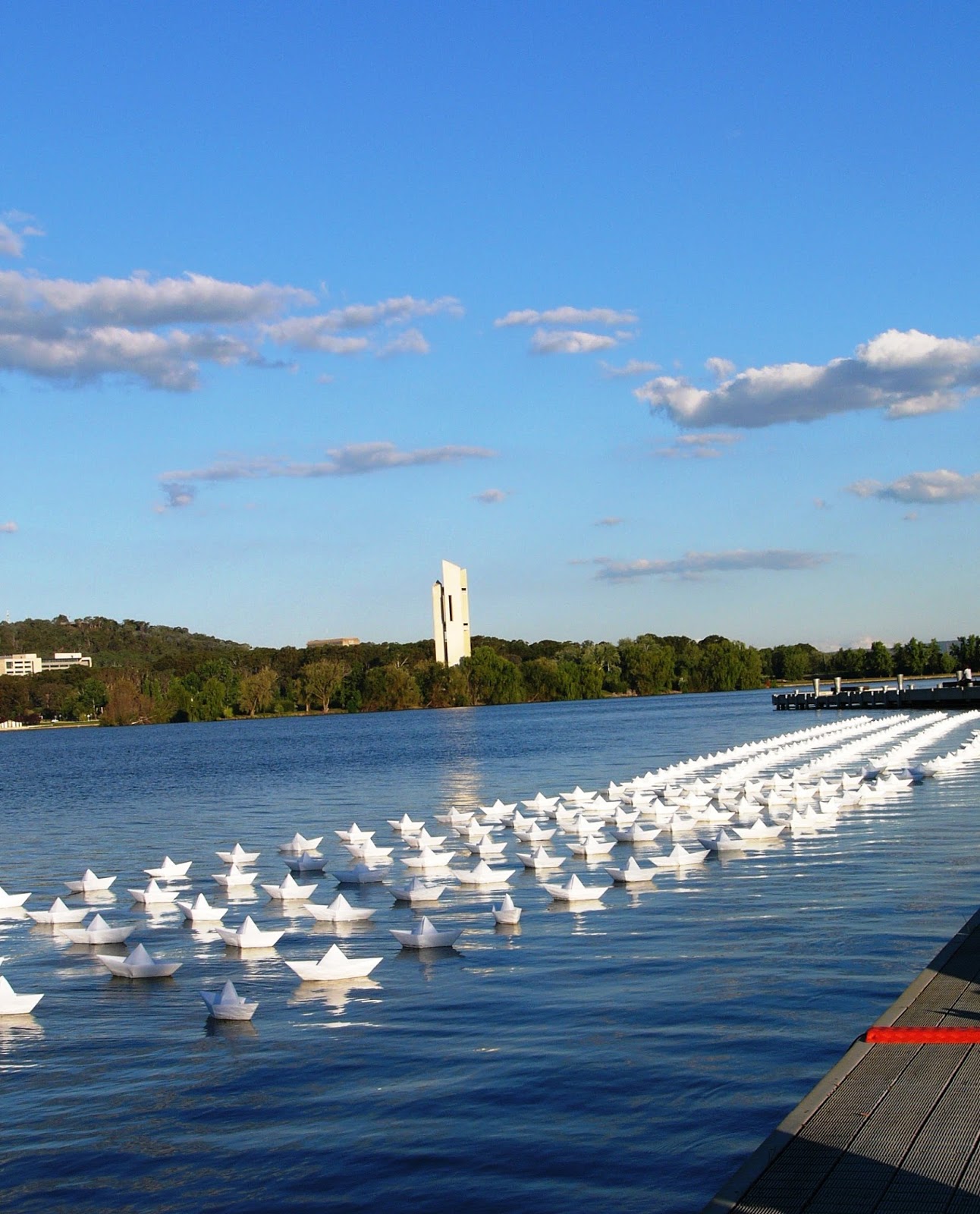 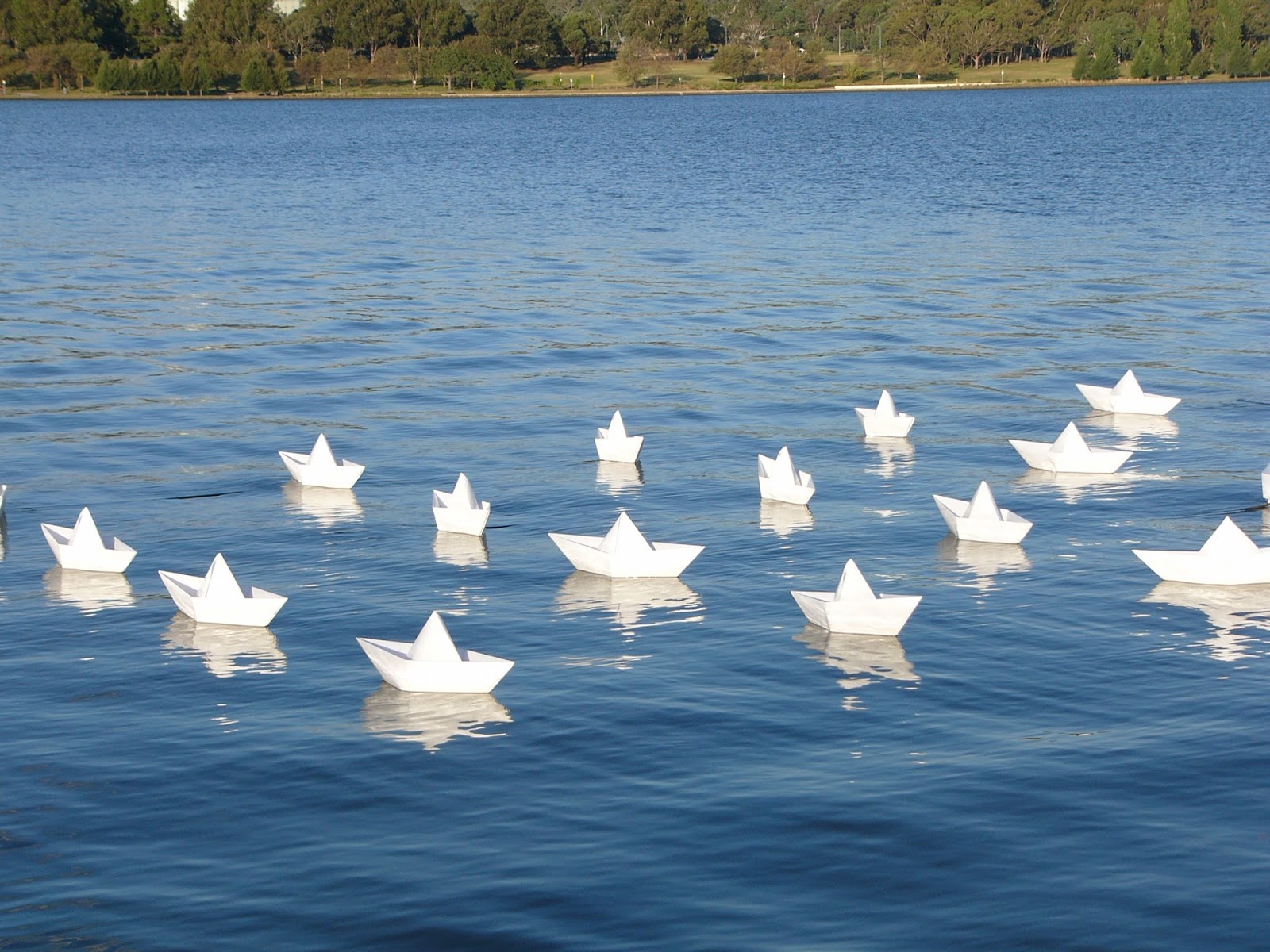 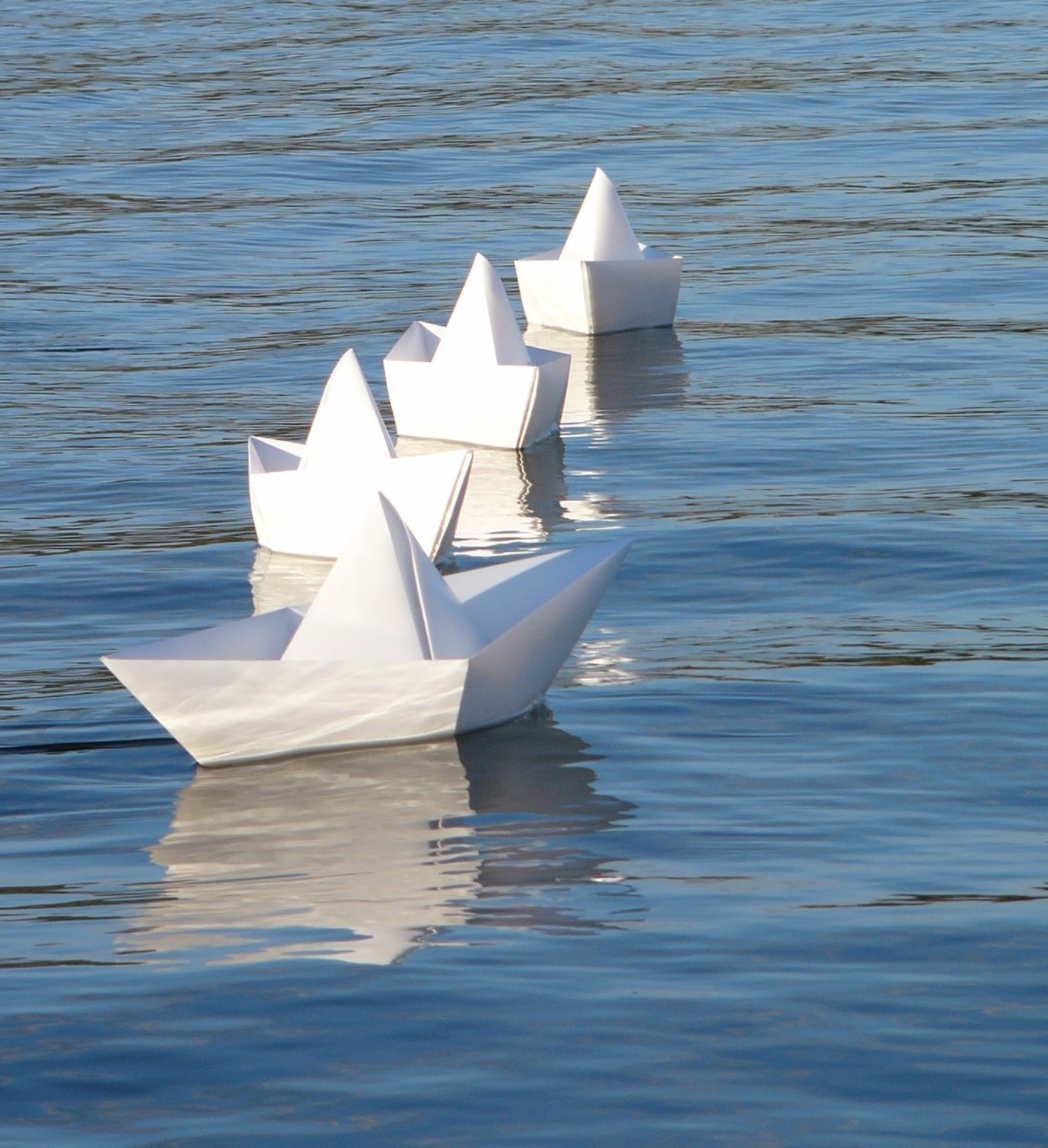 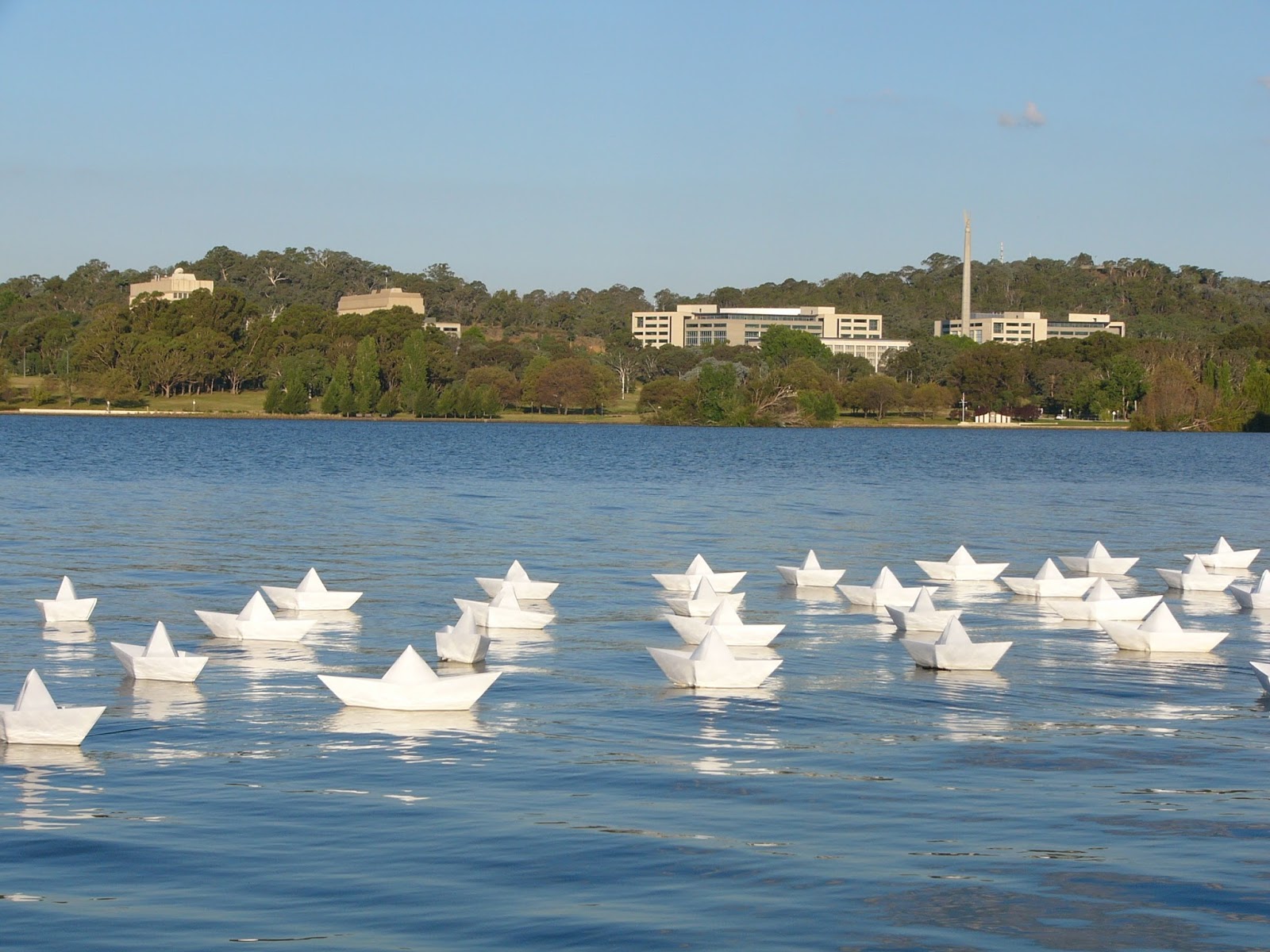 They were fun early - and after dark were illuminated and became an almost incandescent fleet. 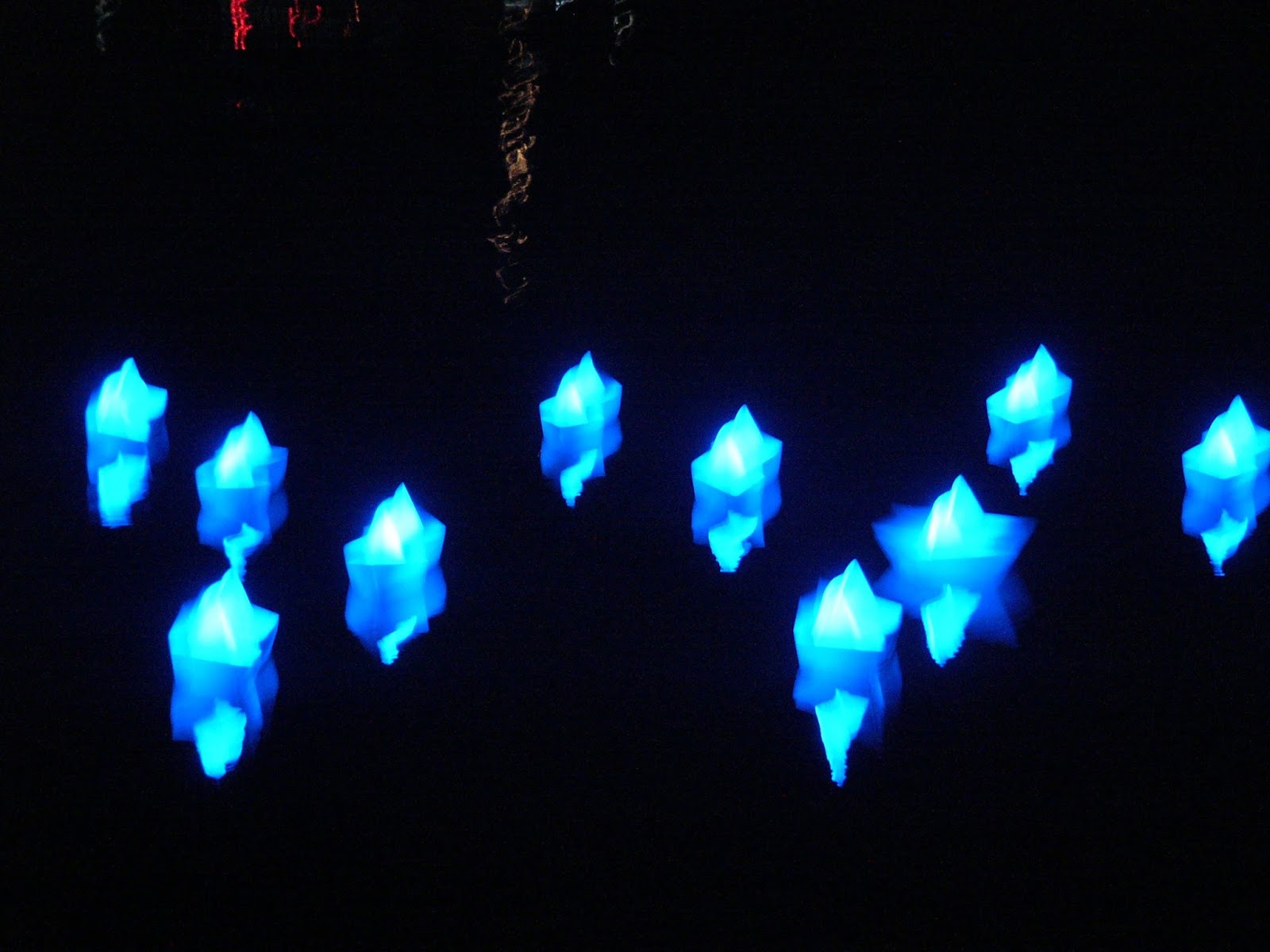 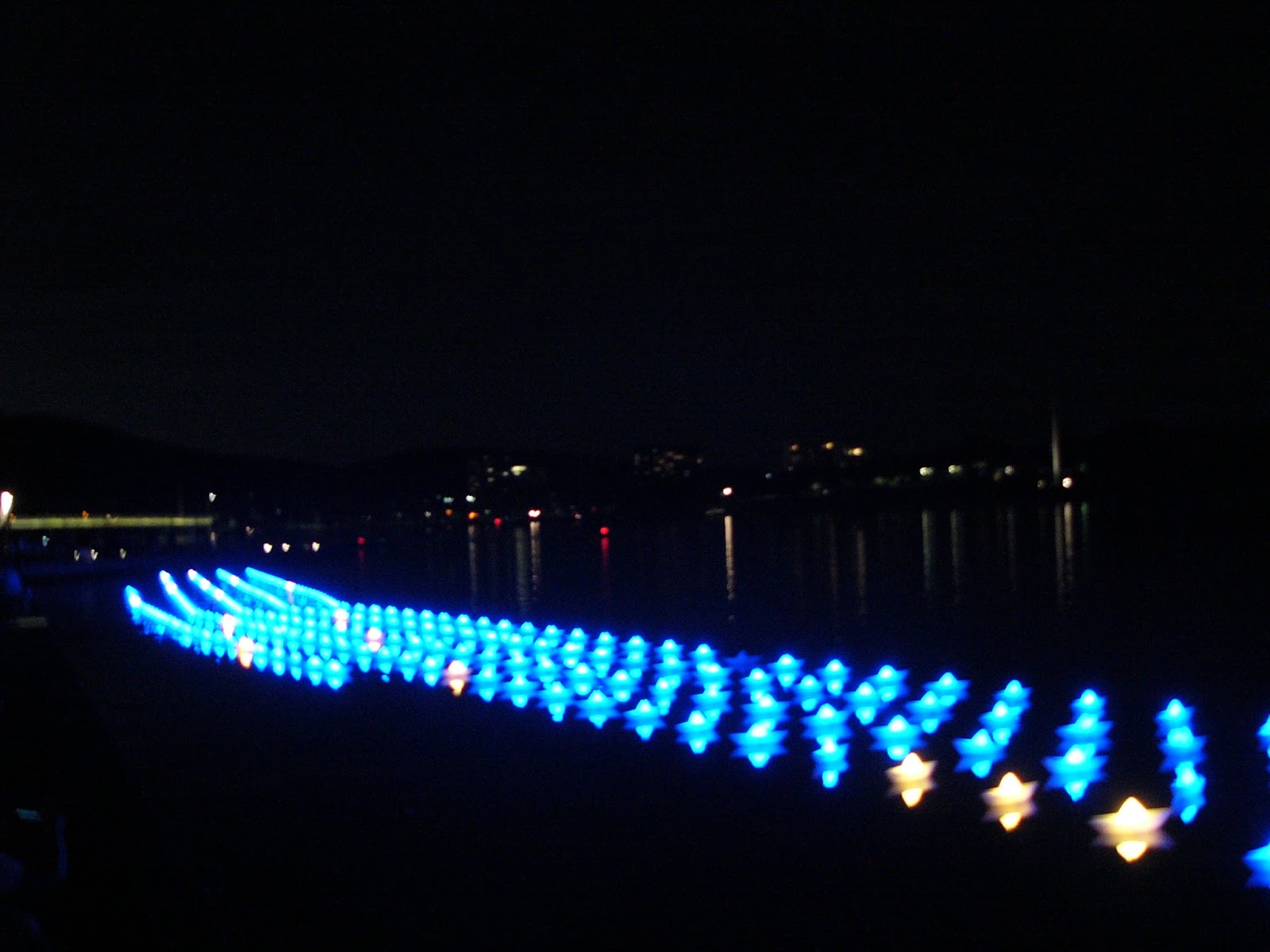 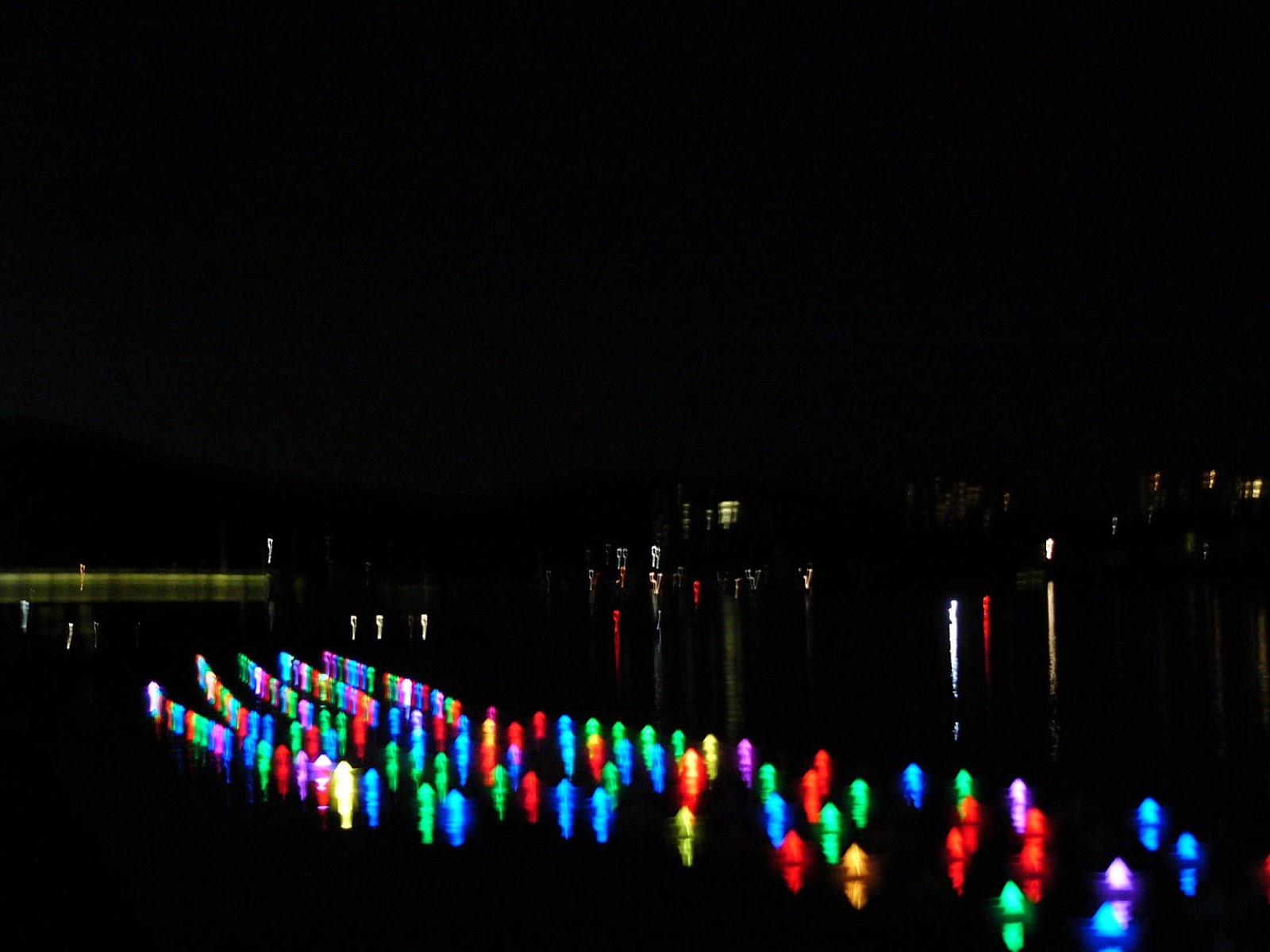 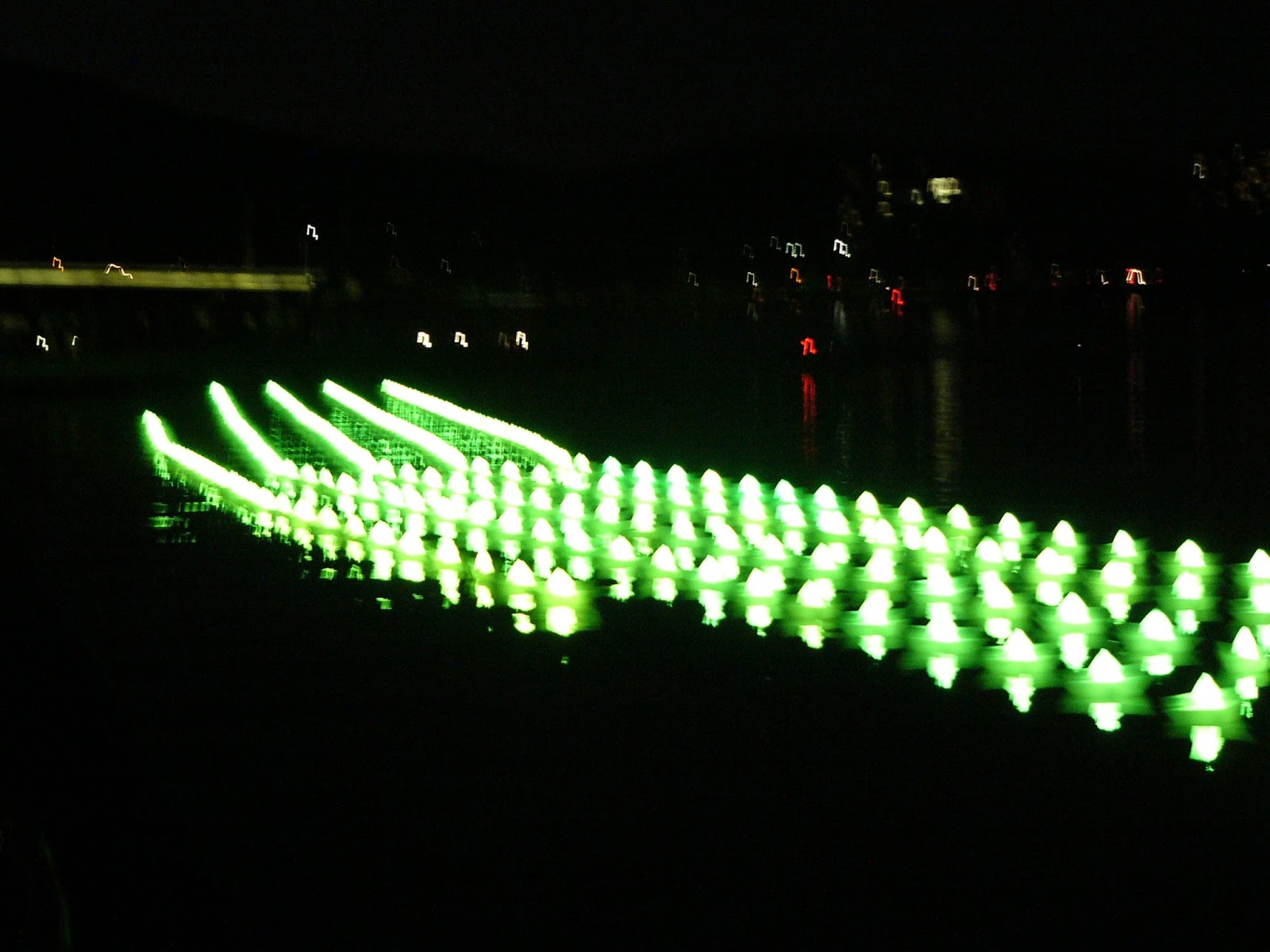 Before dark we trekked up to the National Gallery, planning to start the walk from there when the buildings were illuminated.

The next orb is not part of the Enlighten Festival - but I love it.  I take yet another photo (or six) of it each time I visit the gallery.  The light on it is natural, reflections from the setting sun and clouds... 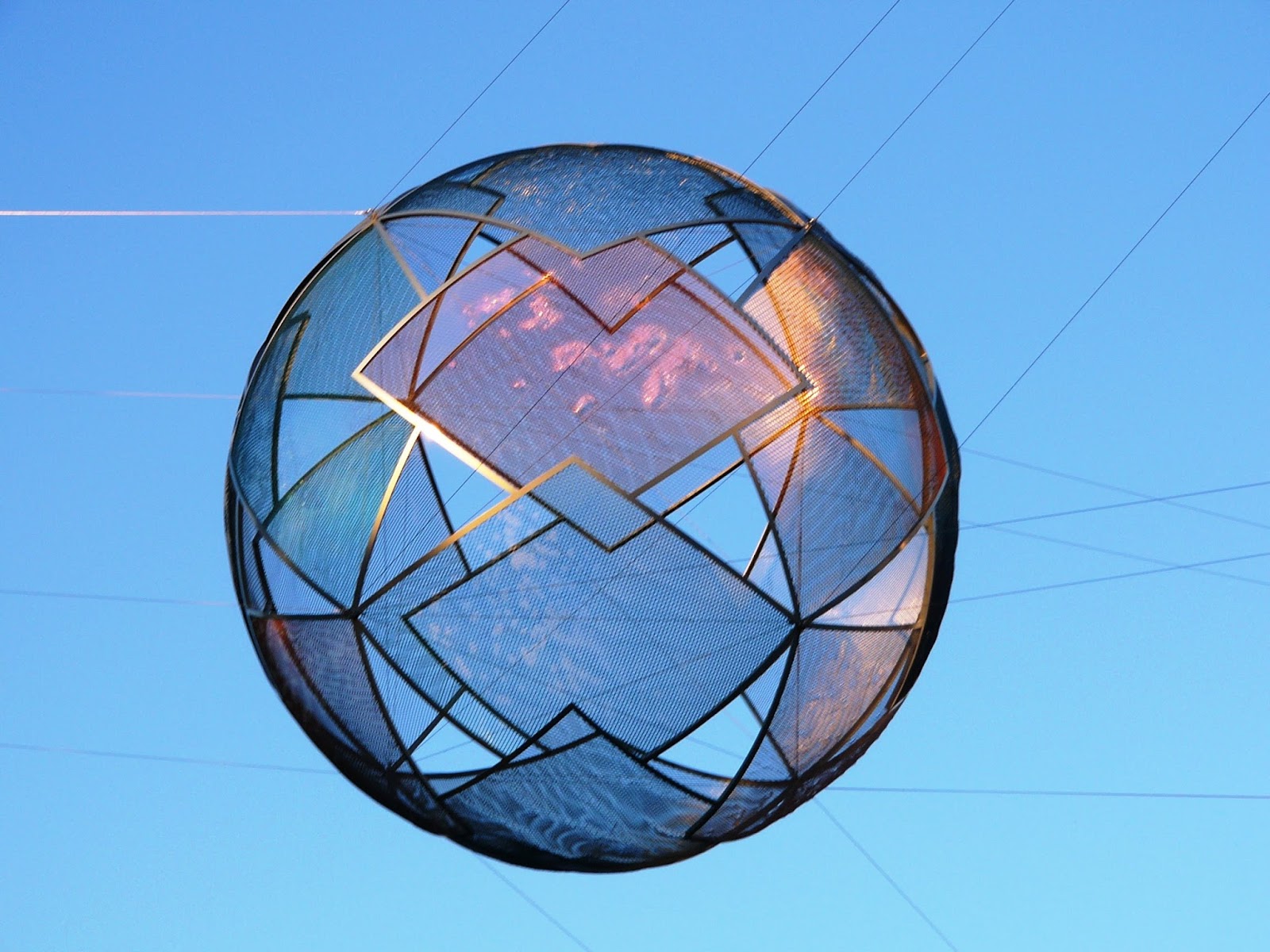 Needless to say there are many, many more photos (of variable quality) from the night.  I will probably devote a post to them in a few days.  One of the buildings lights failed, and there are some special features which won't happen until next weekend, so we will be back.  And, our balloon festival starts when Enlighten ends.  This balloon tragic will certainly be there to see that as well.
Posted by Elephant's Child at 03:11