Like River I usually run with a theme.  This week I am returning to the Enlighten Festival.  We went back yesterday to try and catch Old Parliament House illuminated, and to see a performance called Voala Station, performed by Spanish artists.  In it, we followed four businessmen who had missed the last late-night train and were swept into a world of magic and dizzying heights.  It was an incredible performance, and lots of it was done hangind from wires.  Sadly, my camera had a malfunction and the shutter speeds were wrong.  I will show some photos, but they are not good.

Starting with Old Parliament House - before the lights went on. 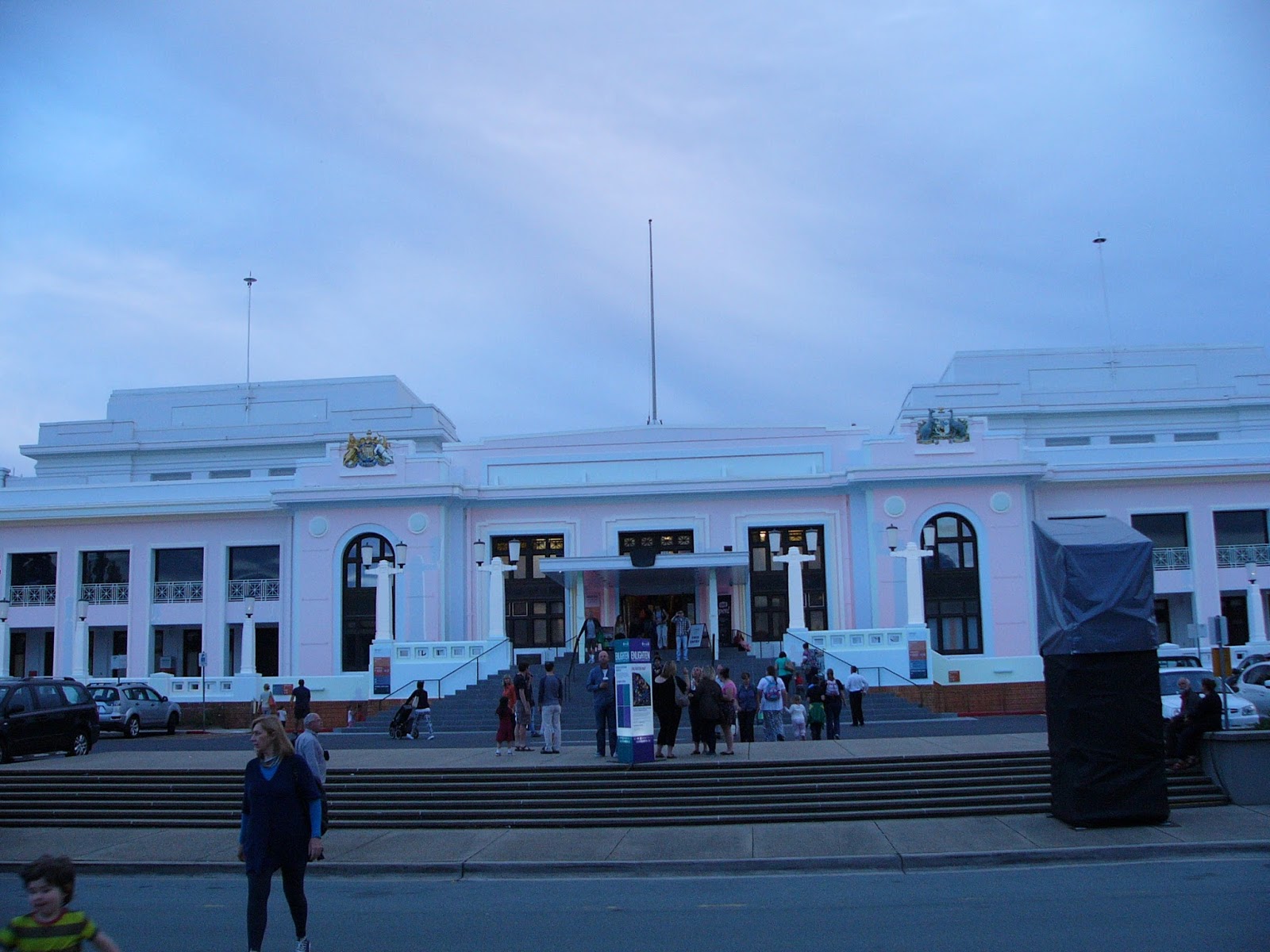 Then the sun started to go down. 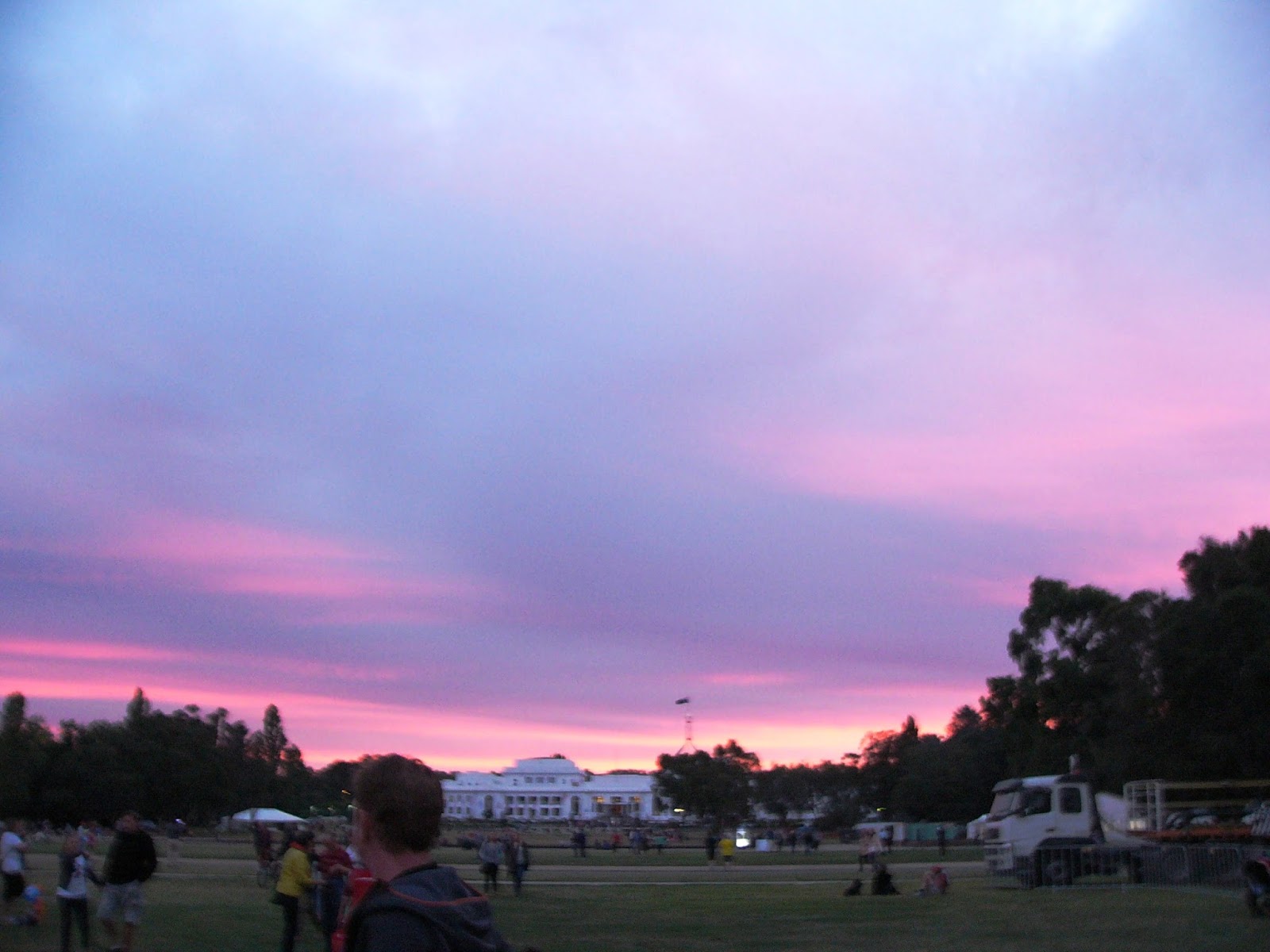 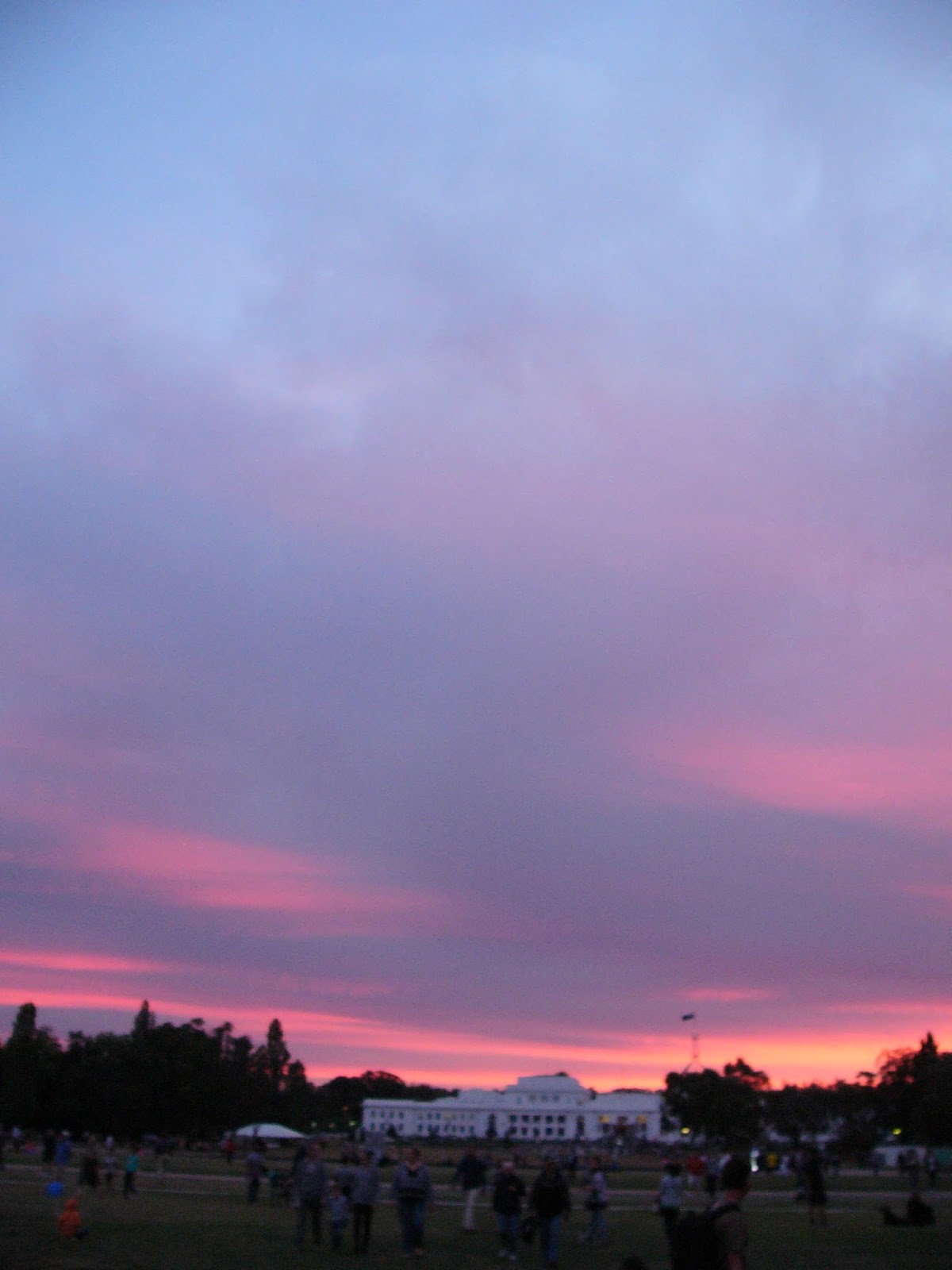 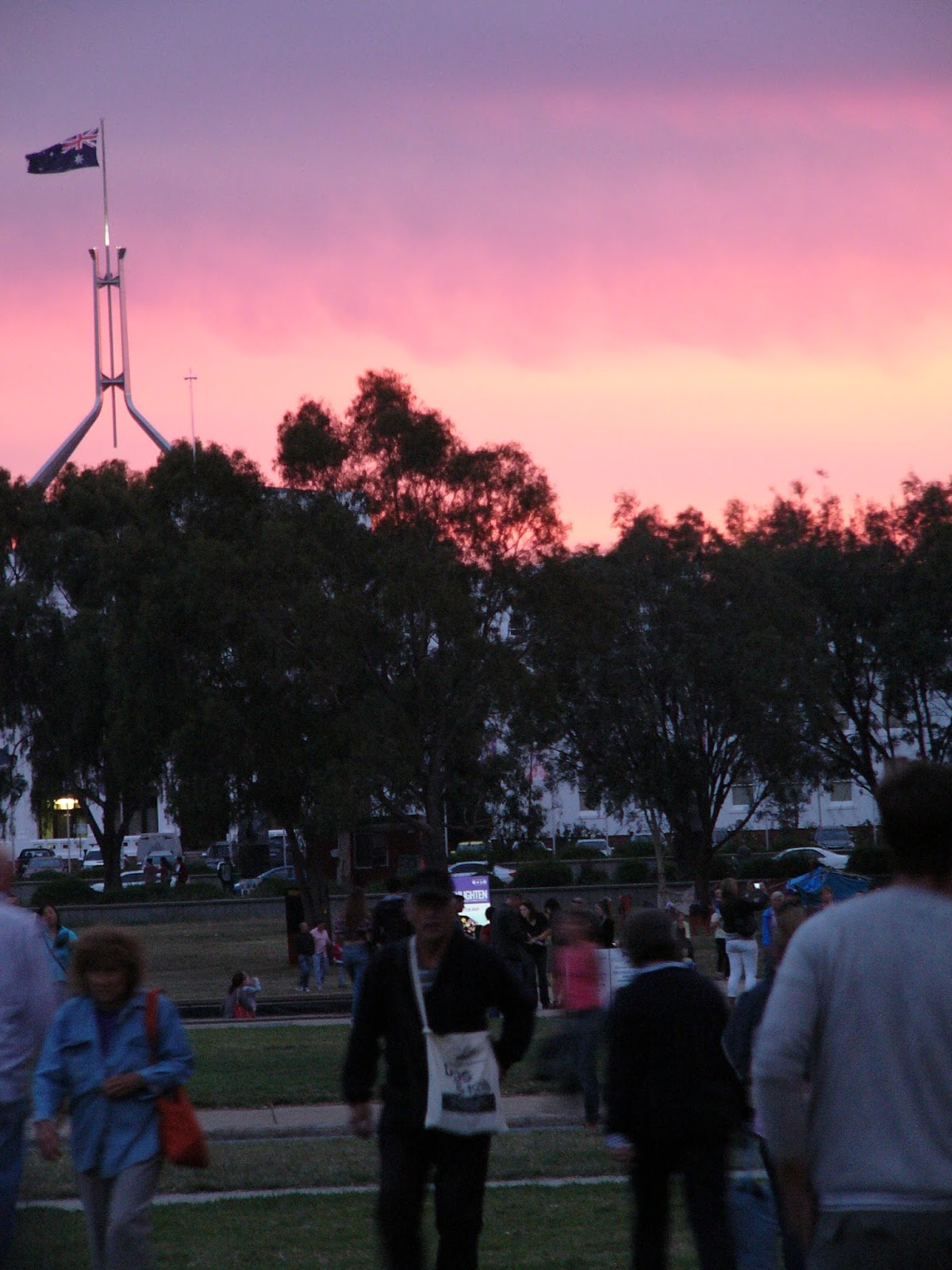 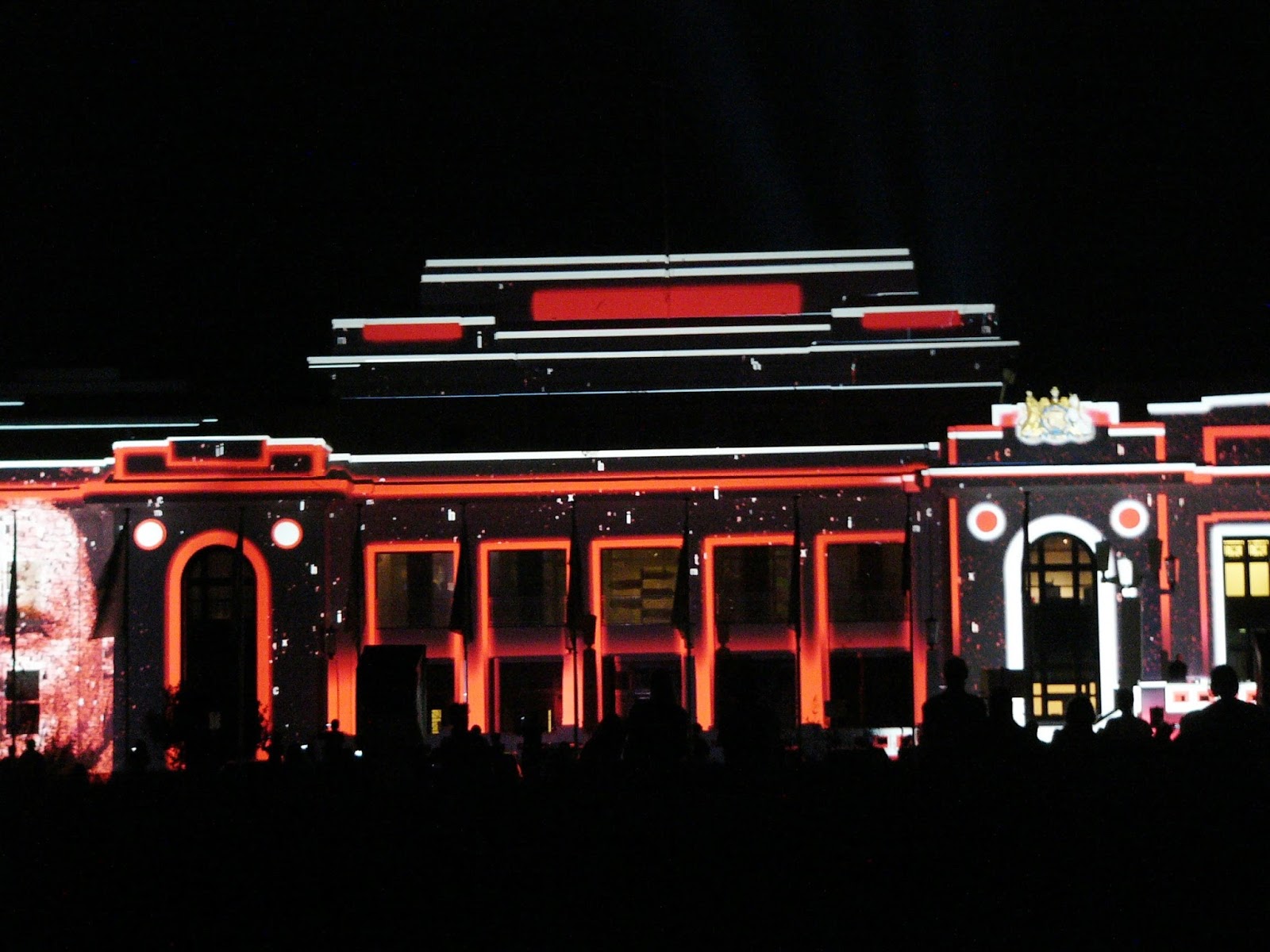 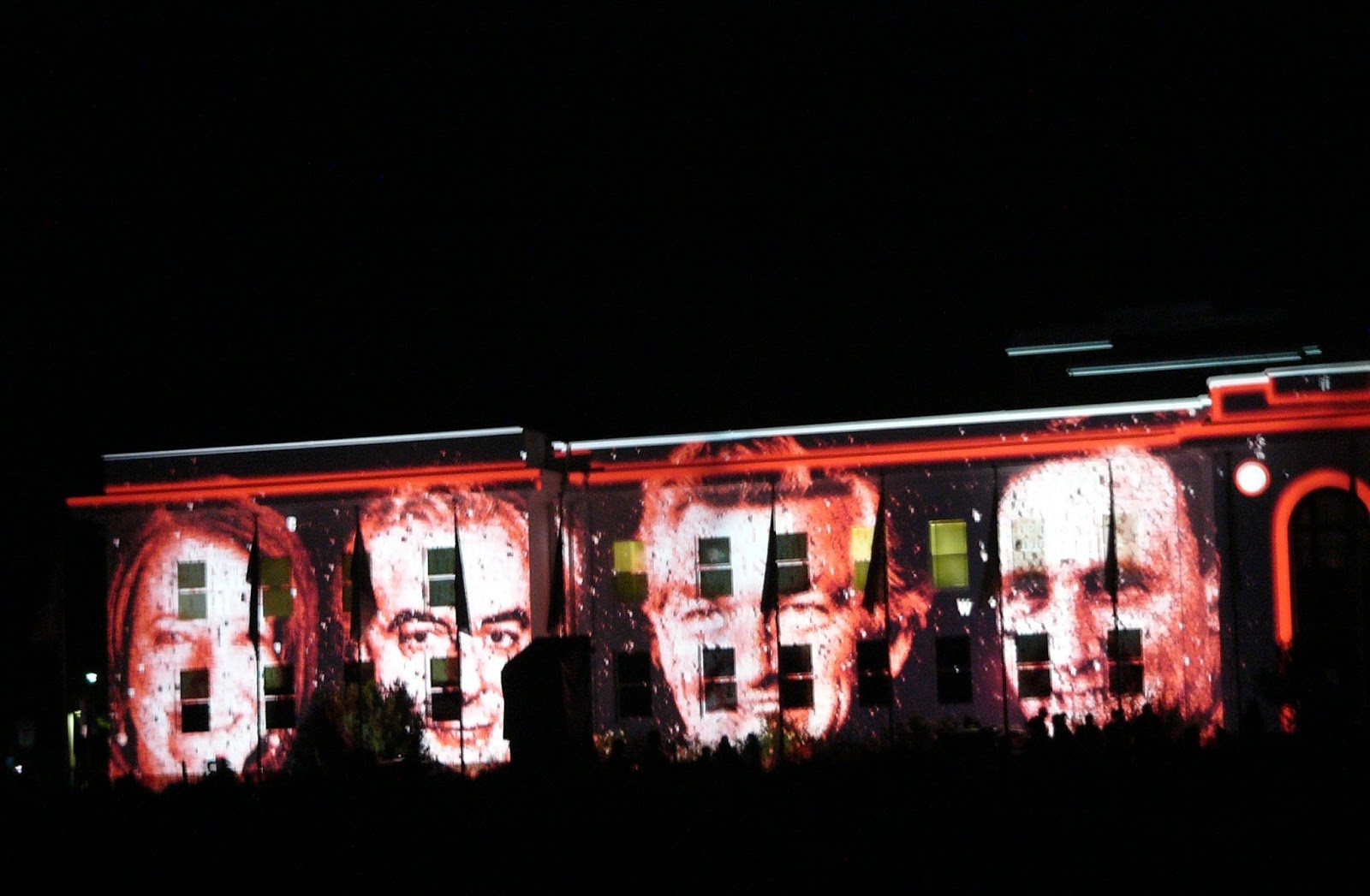 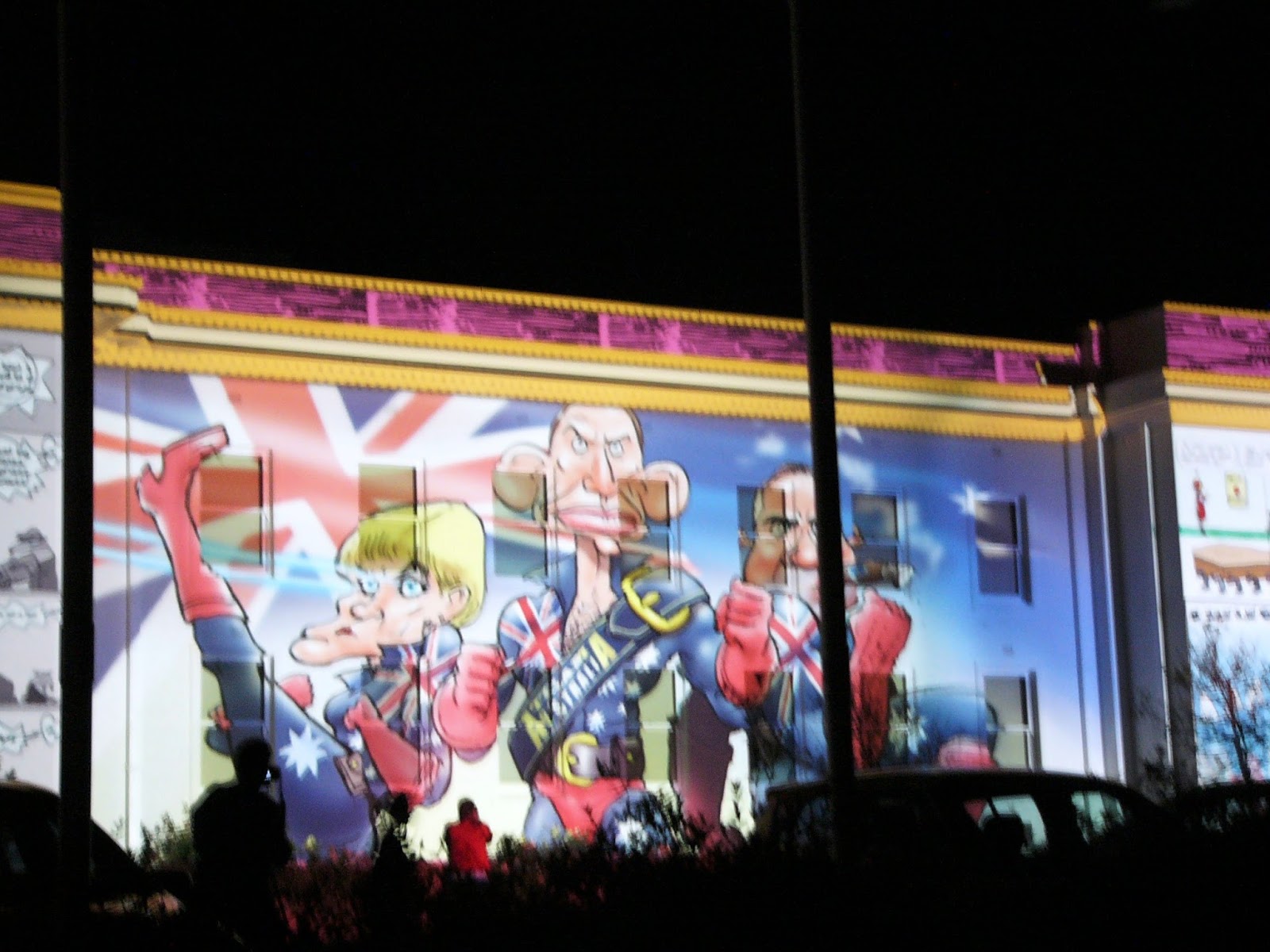 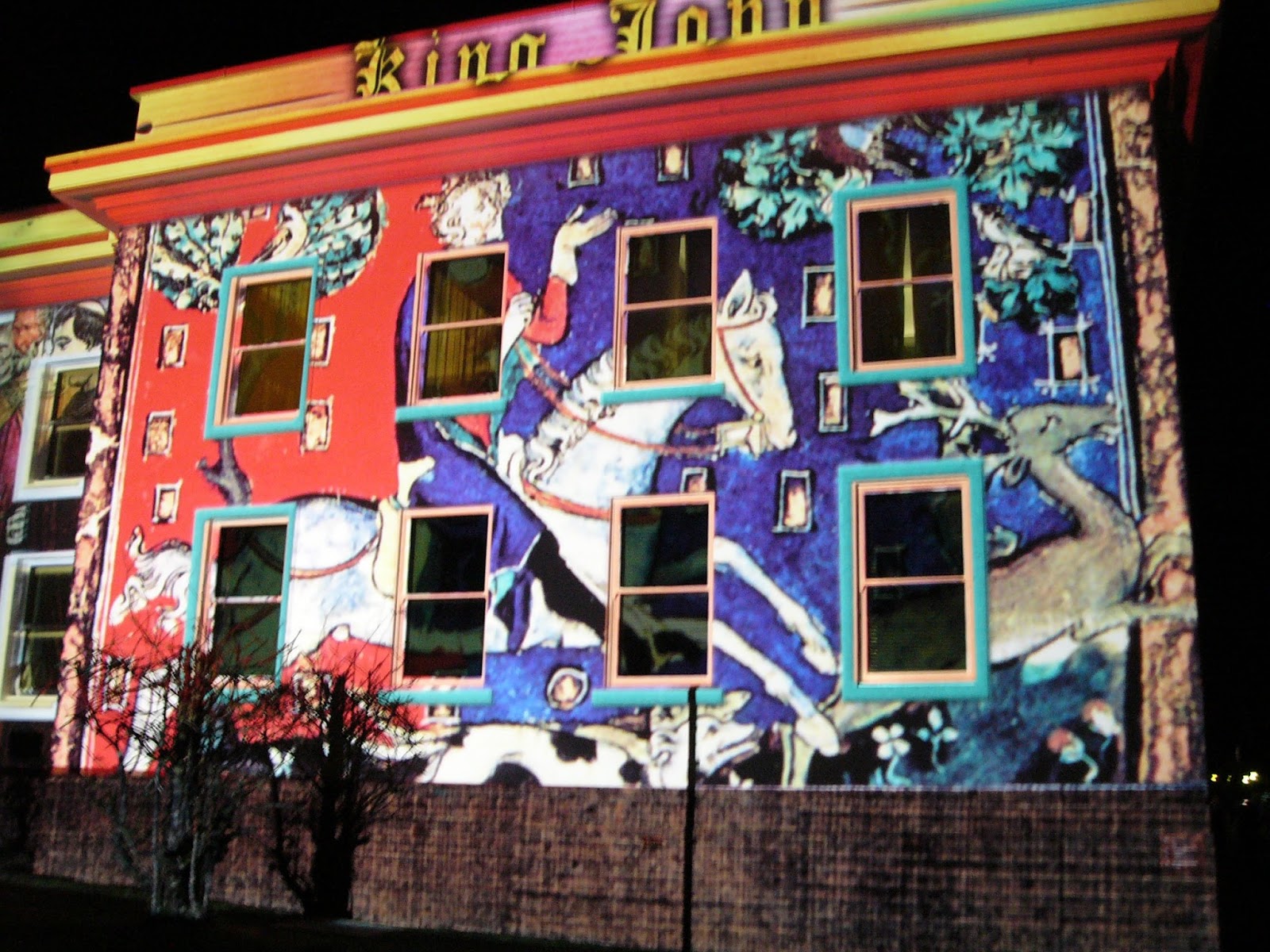 And some less than wonderful shots of the Voala Station performance.  How I wish I could have shown you just how magical it was, with up to eight people spinnng above our heads, and an absolutely glorious singer. 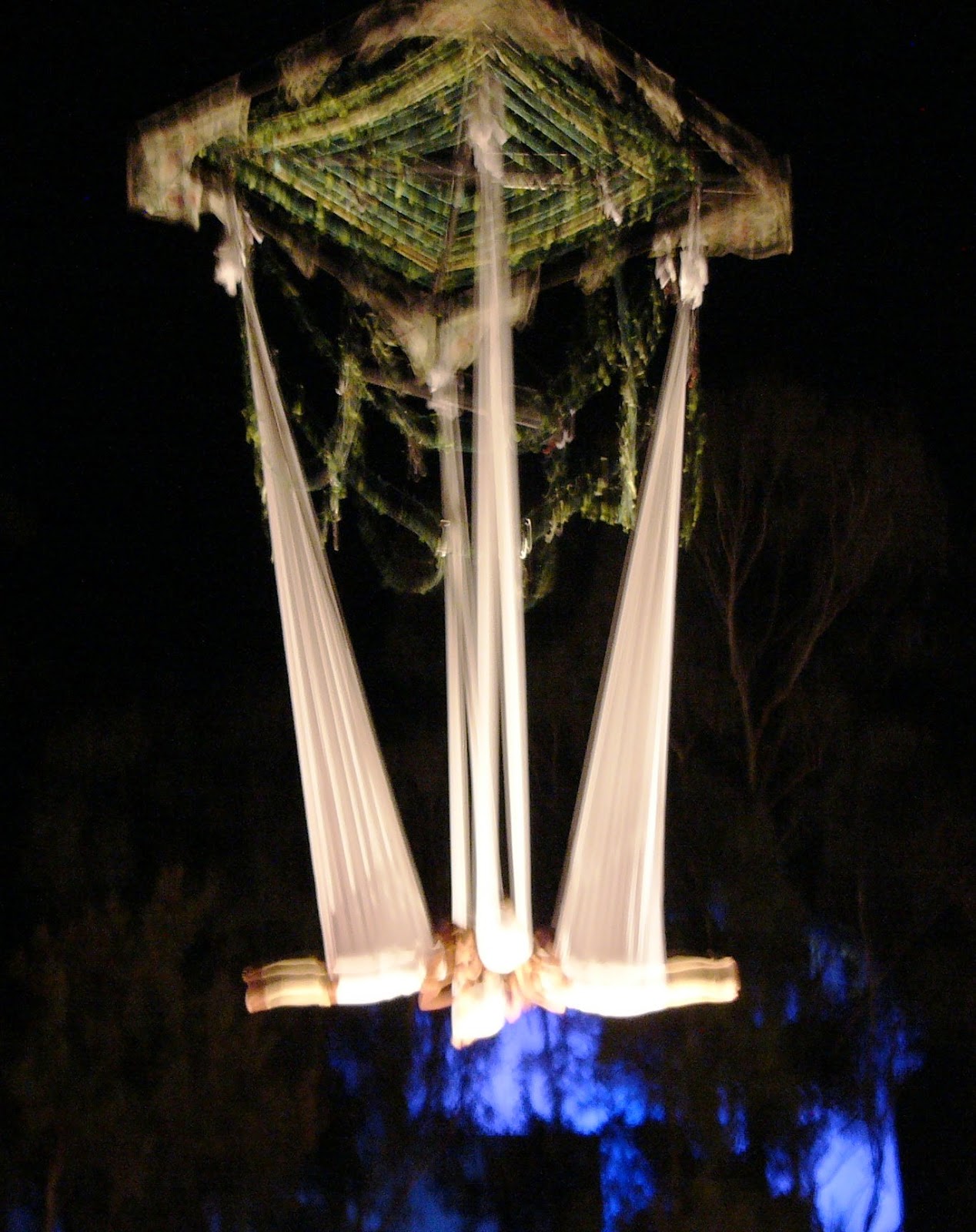 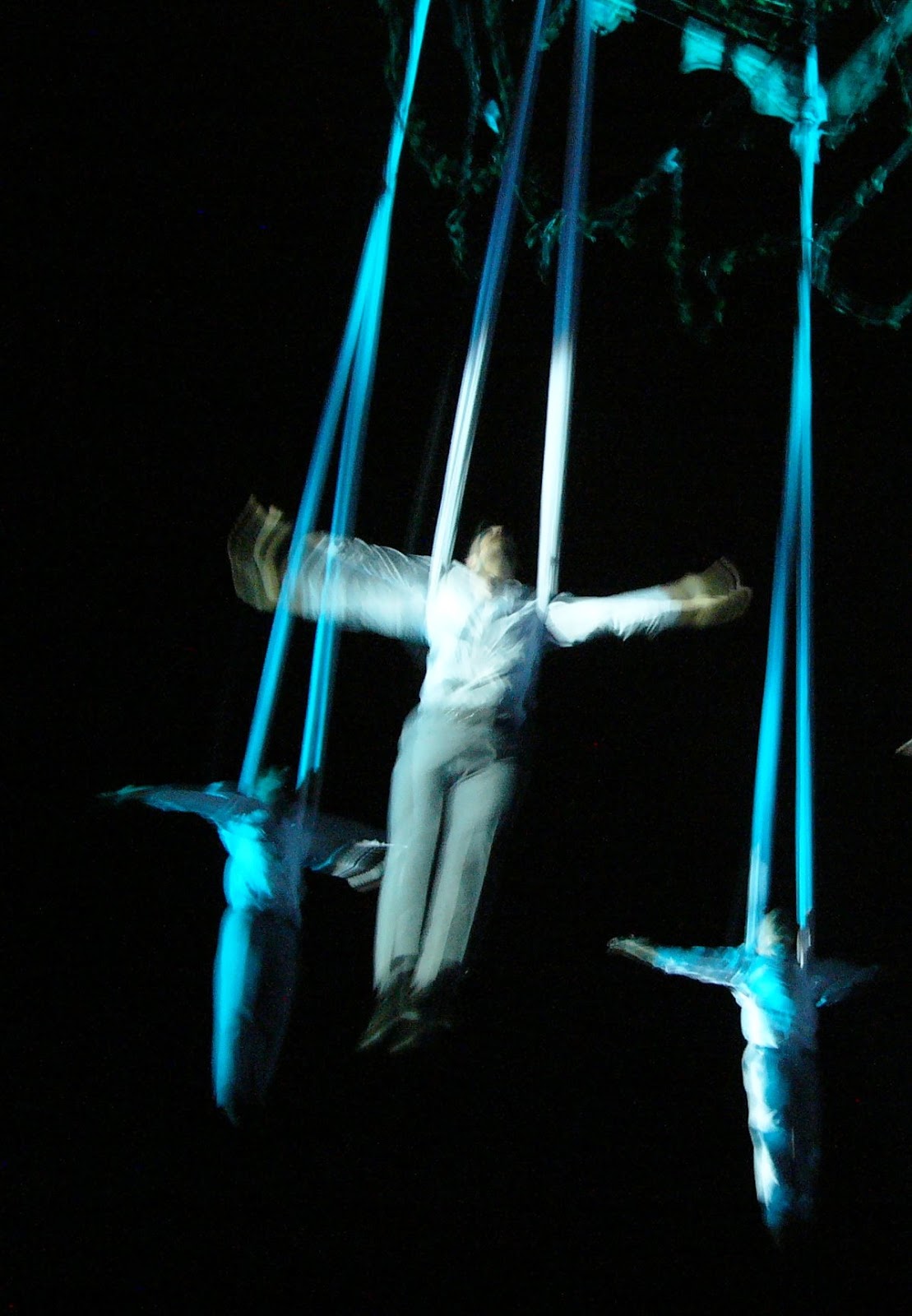 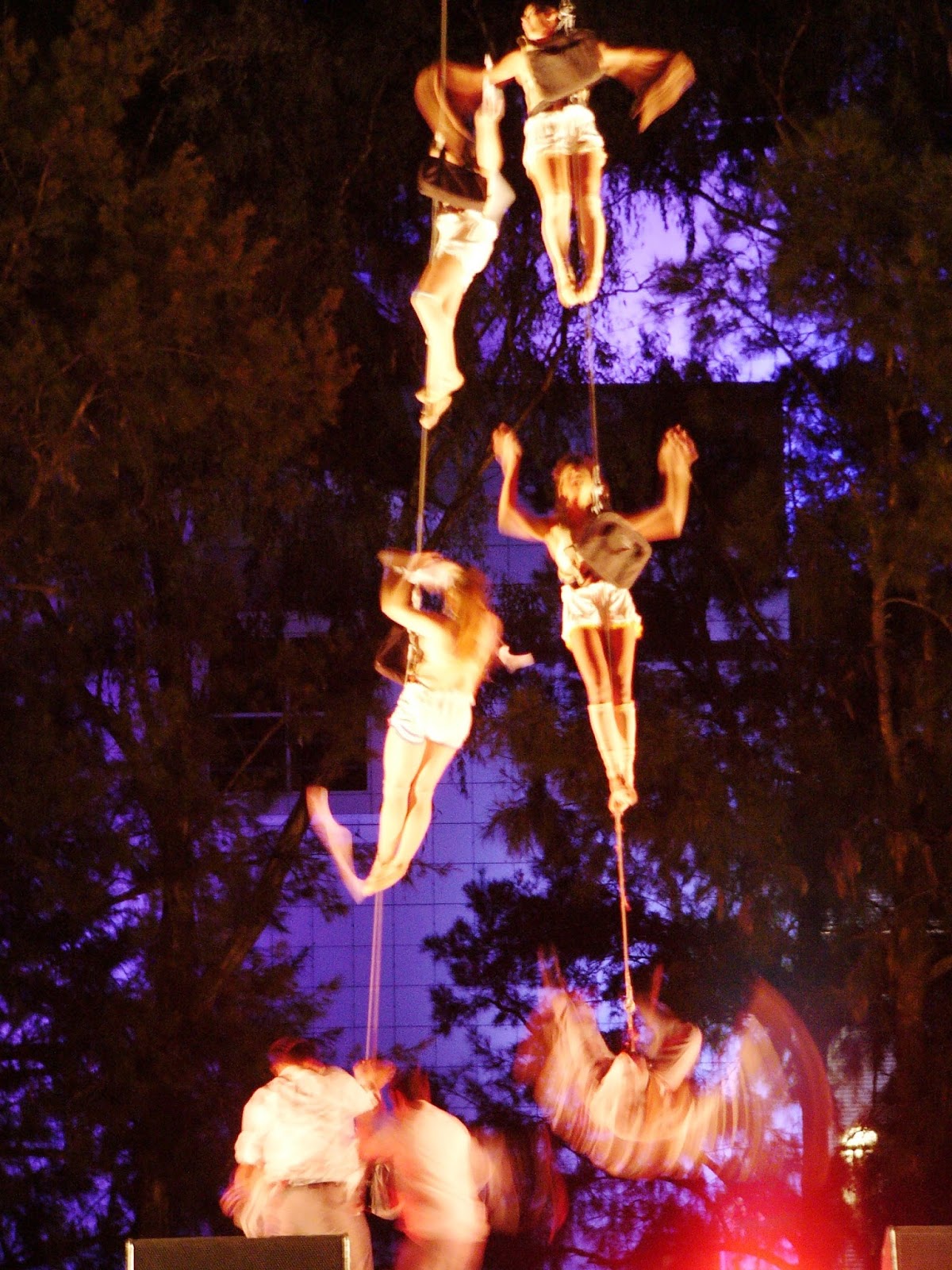 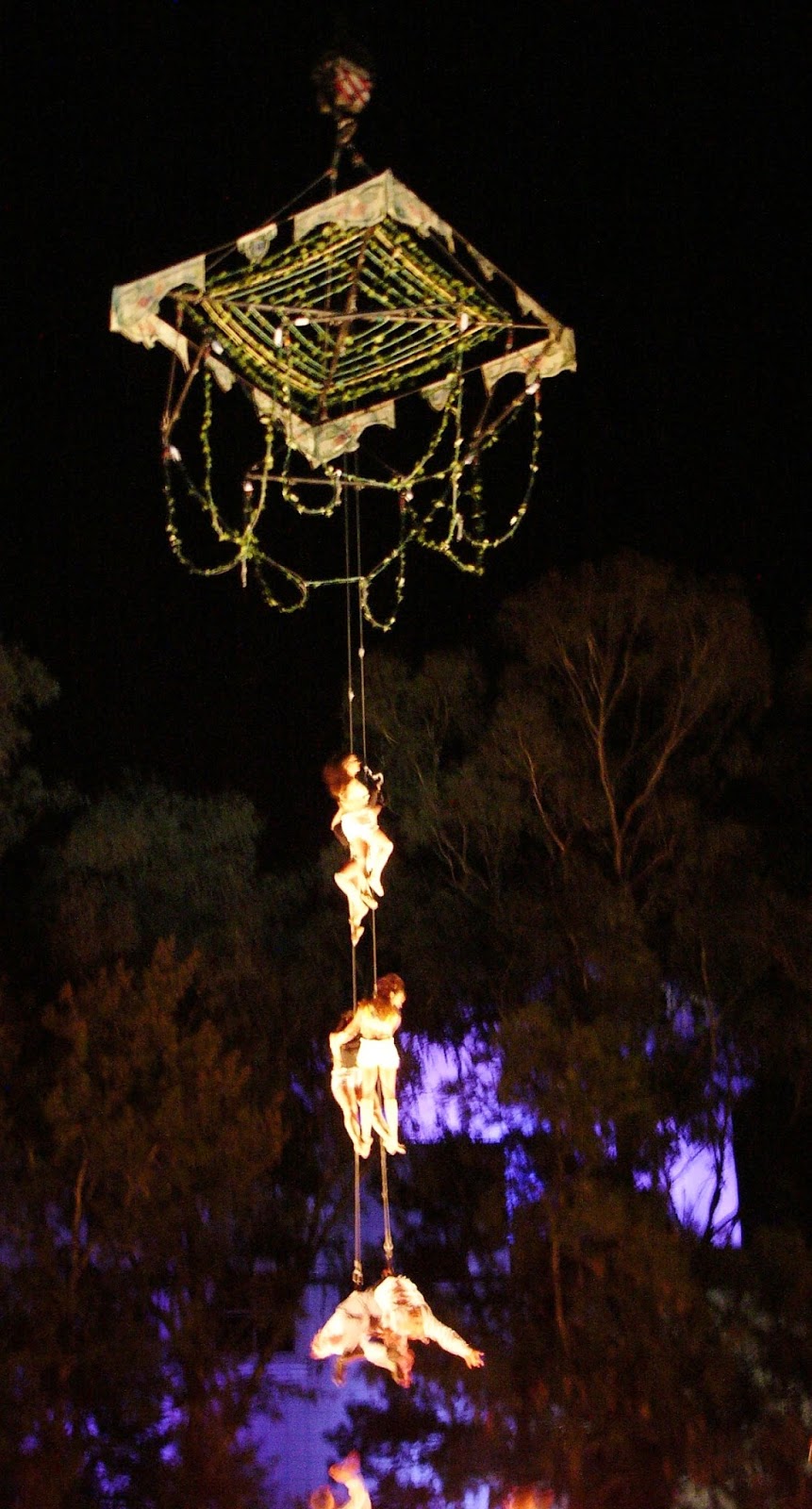 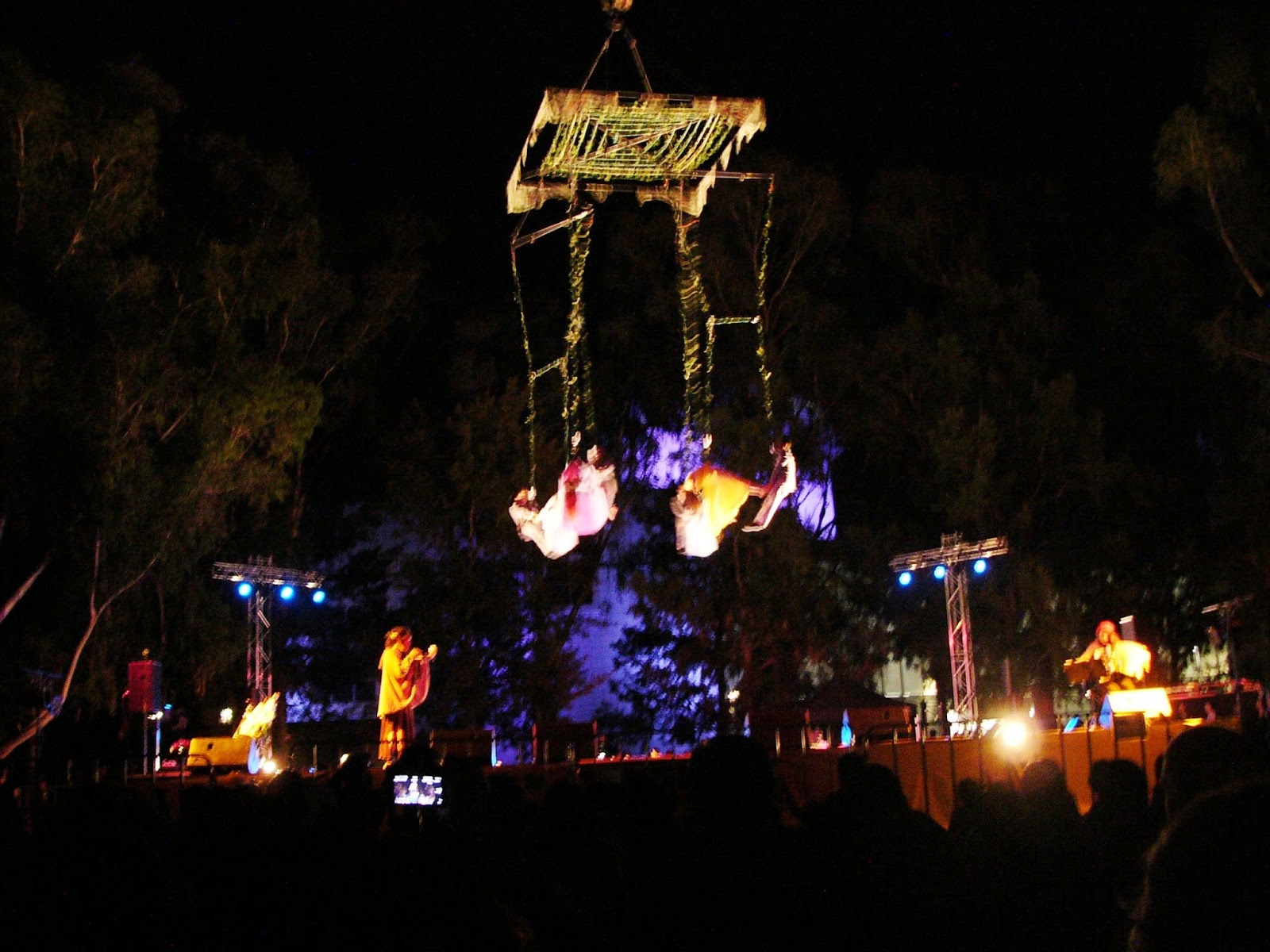 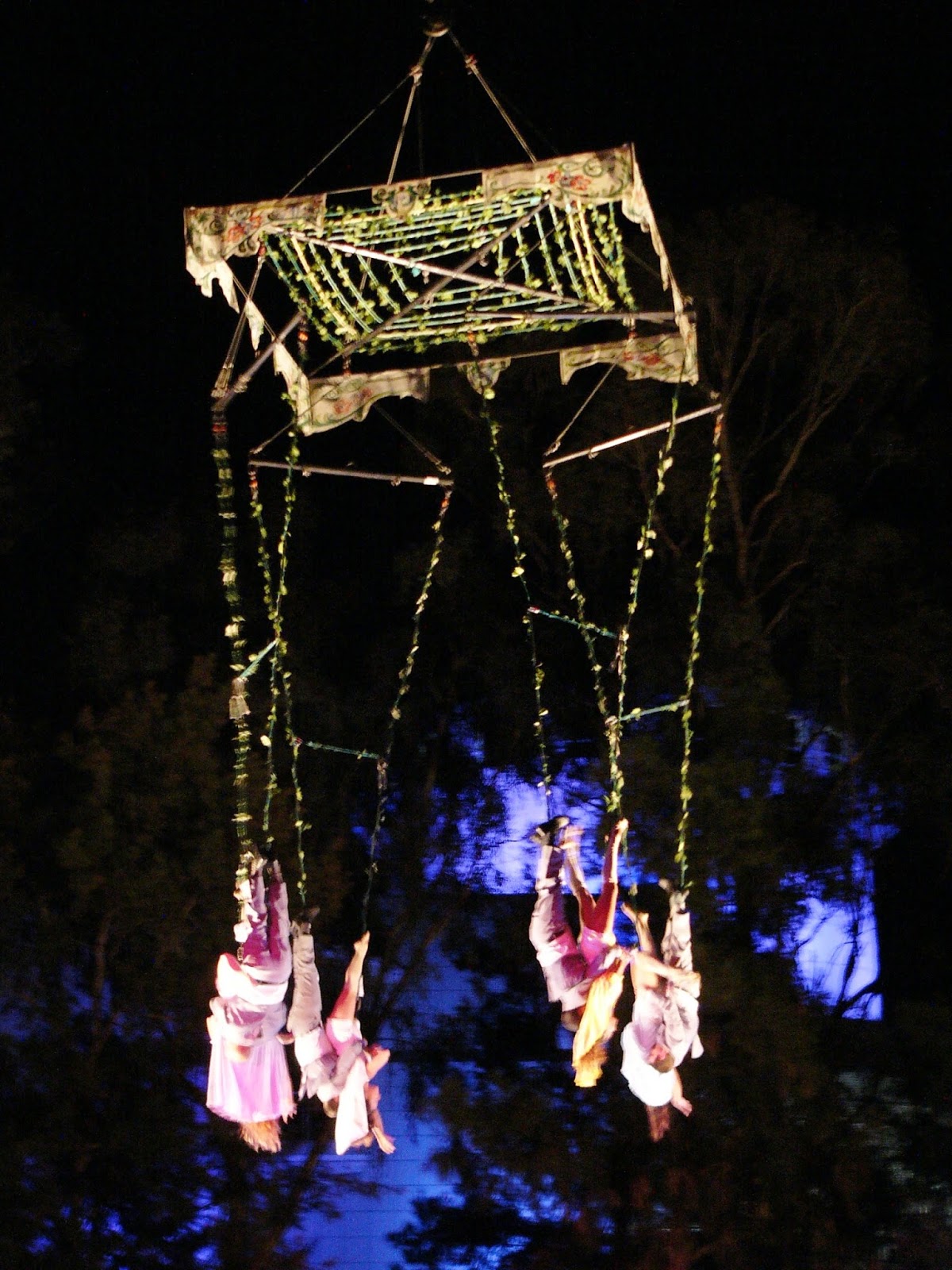 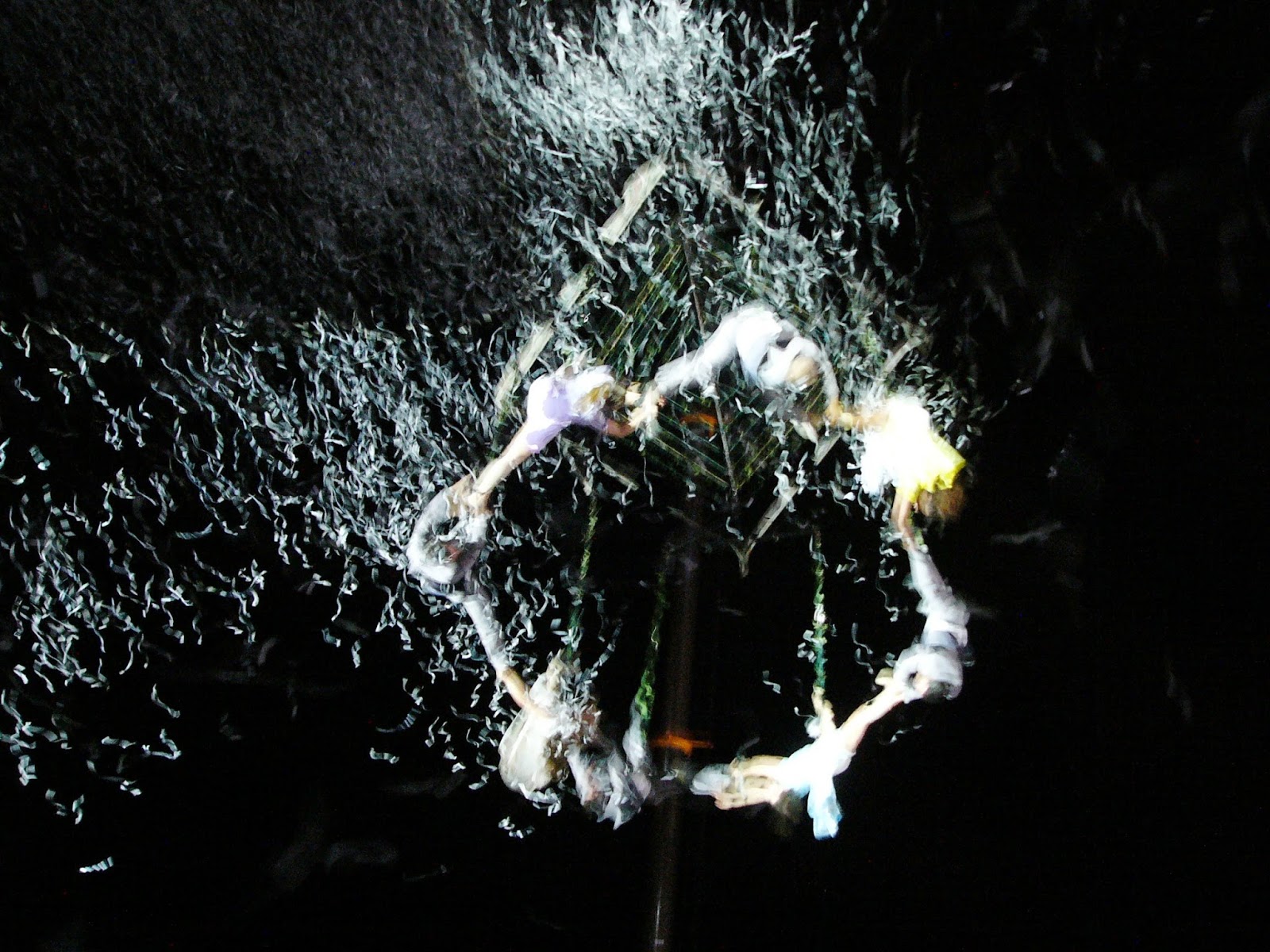 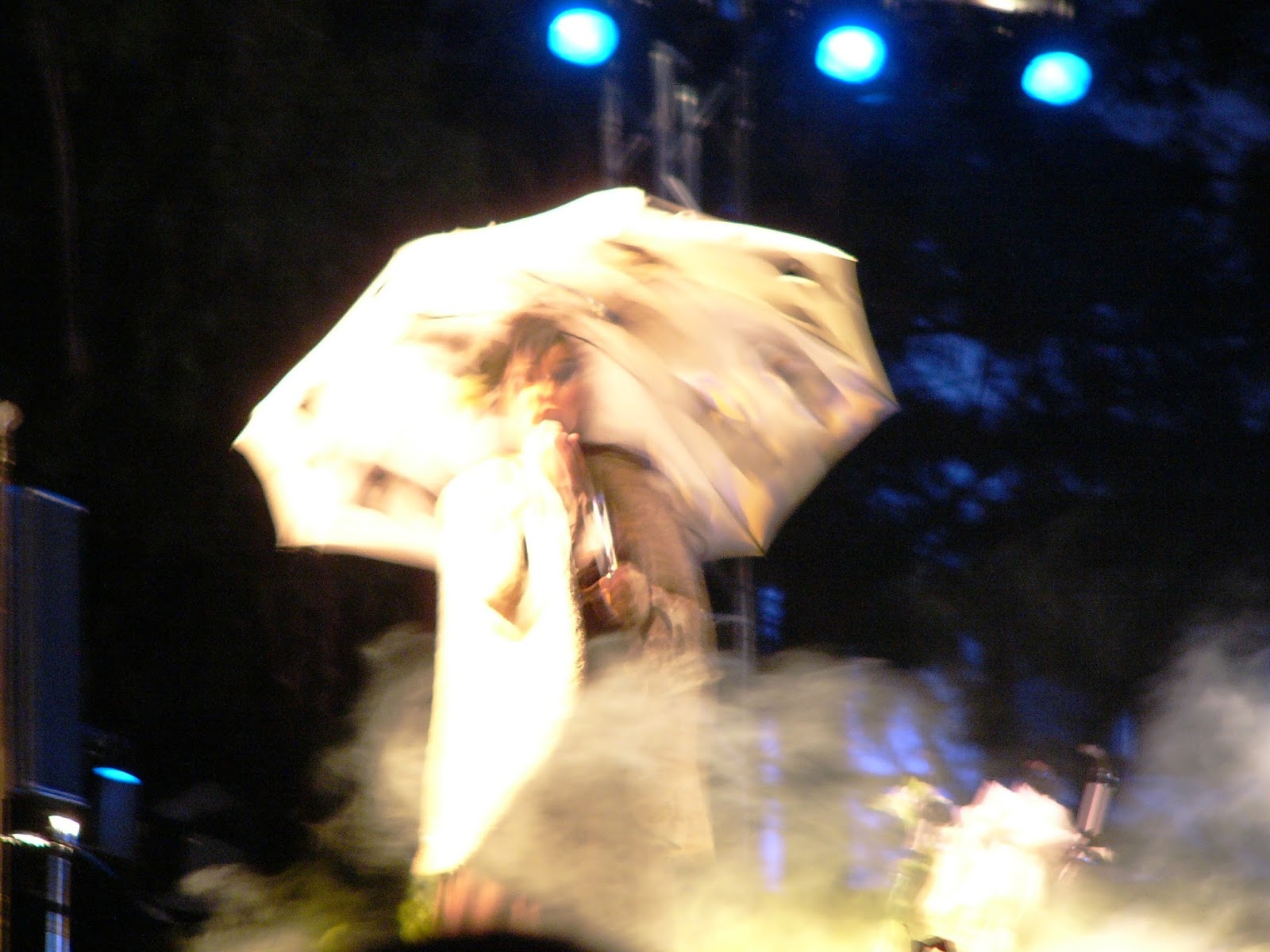