Like River I usually run with a theme. This week I am showing you the start and the finish of a very busy, and sometimes beautiful, day.

Enlighten finished last weekend, and our balloon Spectacular started.  It finishes this morning.

I am a balloon tragic.  I love them and will go considerable distances to see them.  They are an entirely weather dependent event and sometimes they simply don't take to the air.  Often too much wind is the culprit, but early last week there was not enough, and they stayed grounded.  And uninflated.  On Thursday morning my youngest brother and I decided we would risk it (his high and skinniness stayed in bed).  Just after six, we were at the launch venue.  We were lucky and the balloons did take to the air.  Naturally I took many, many photos - which will get a post of their own in a few days.

The dawn was beautiful though. 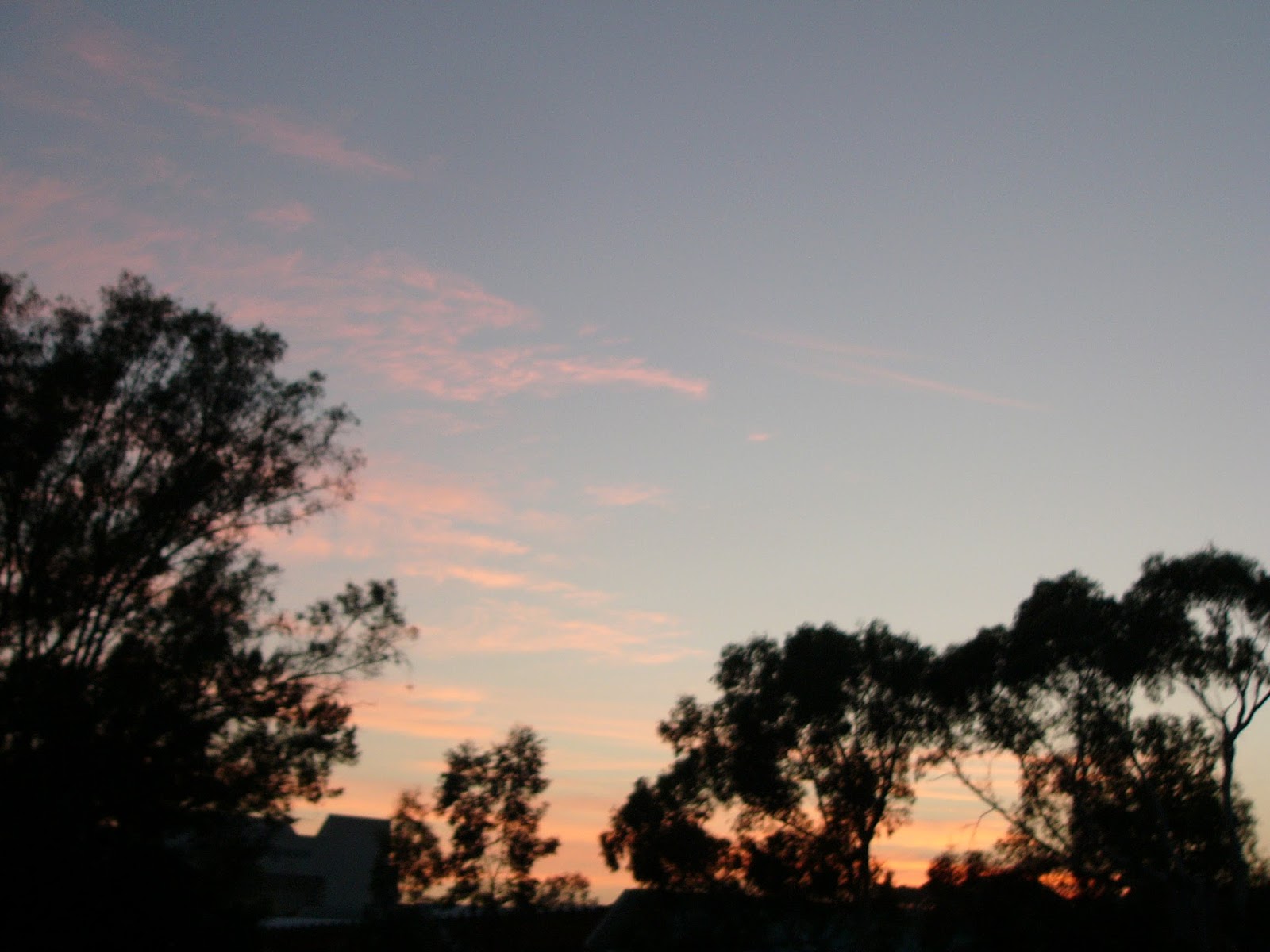 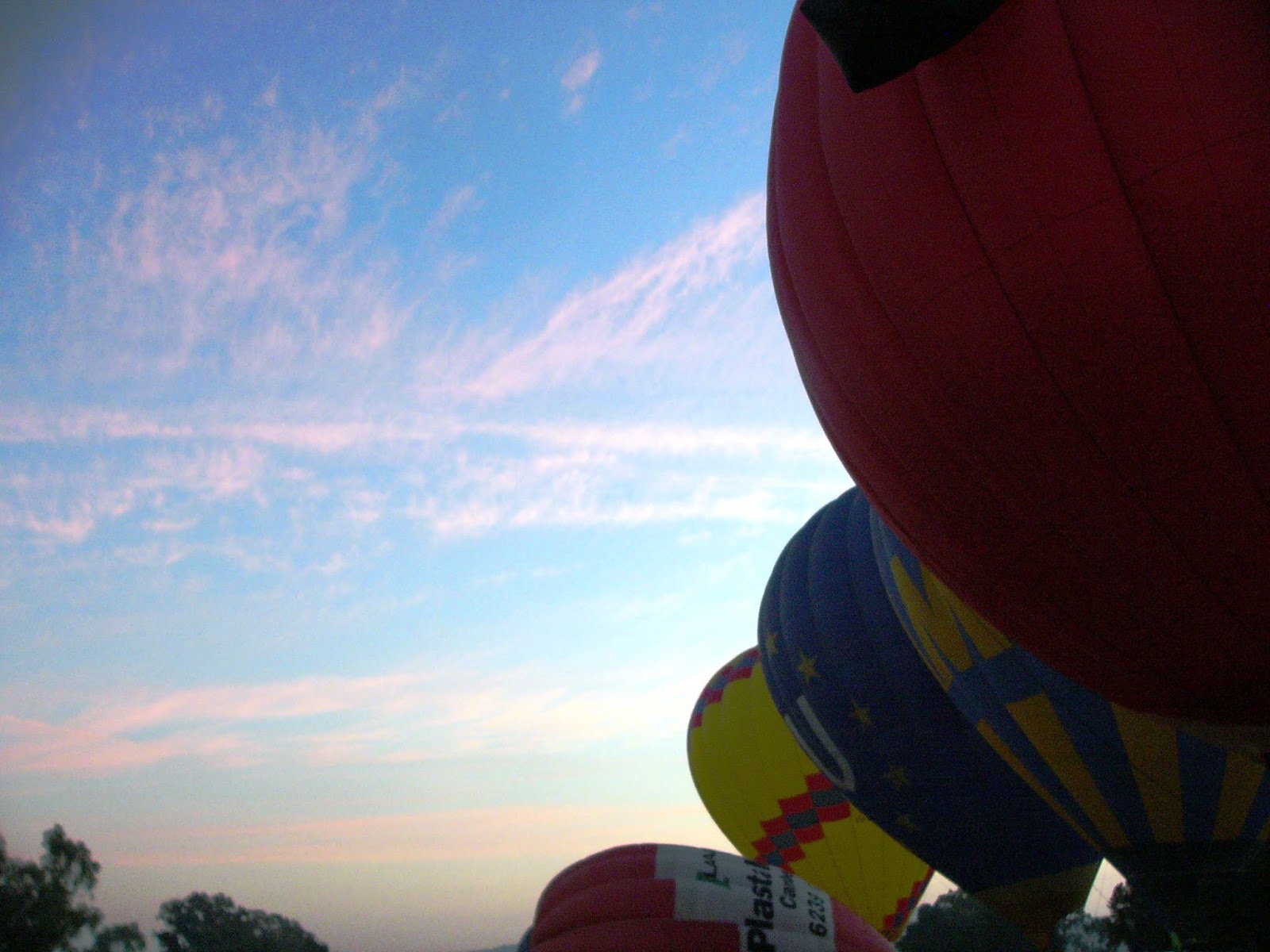 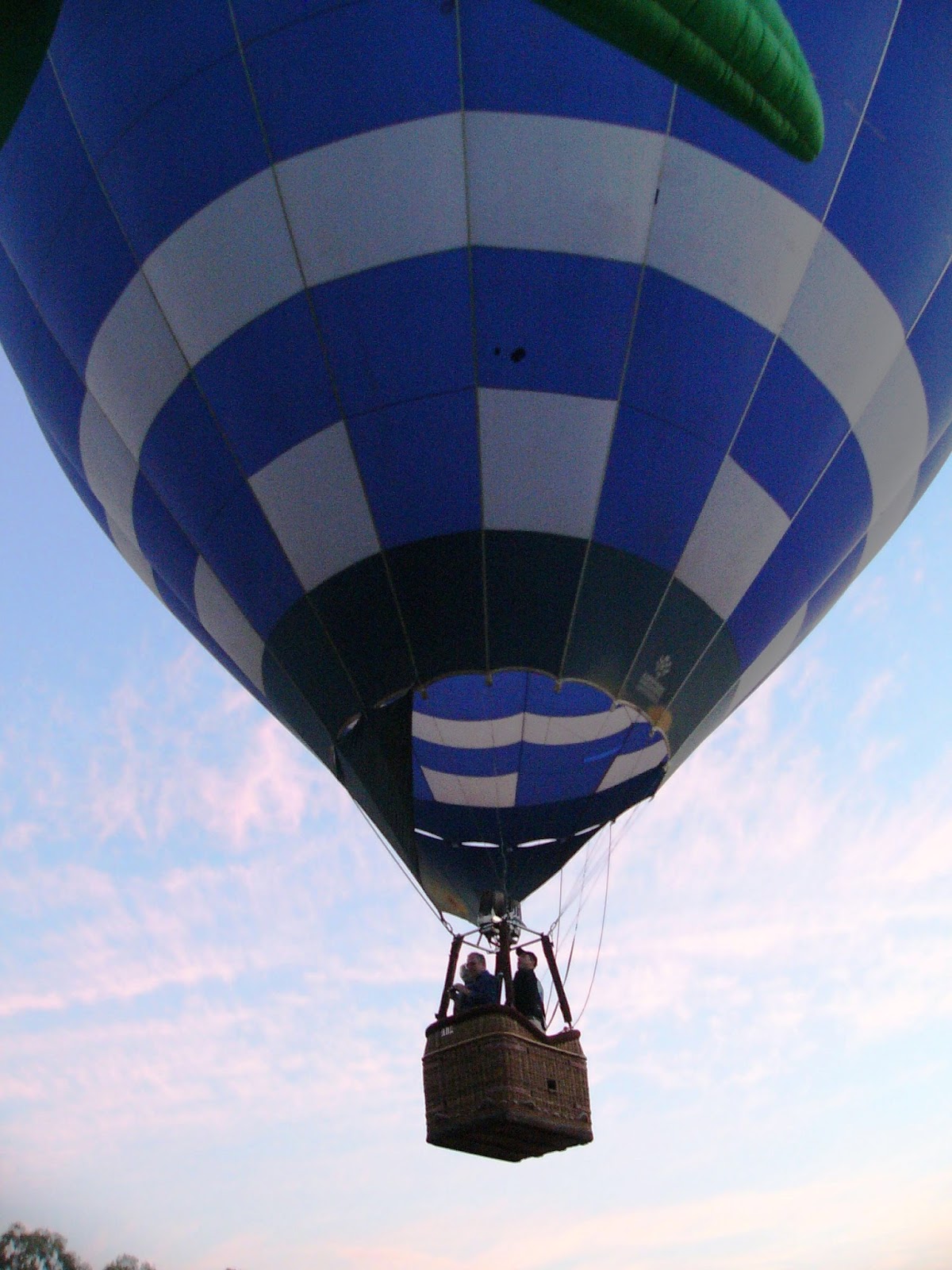 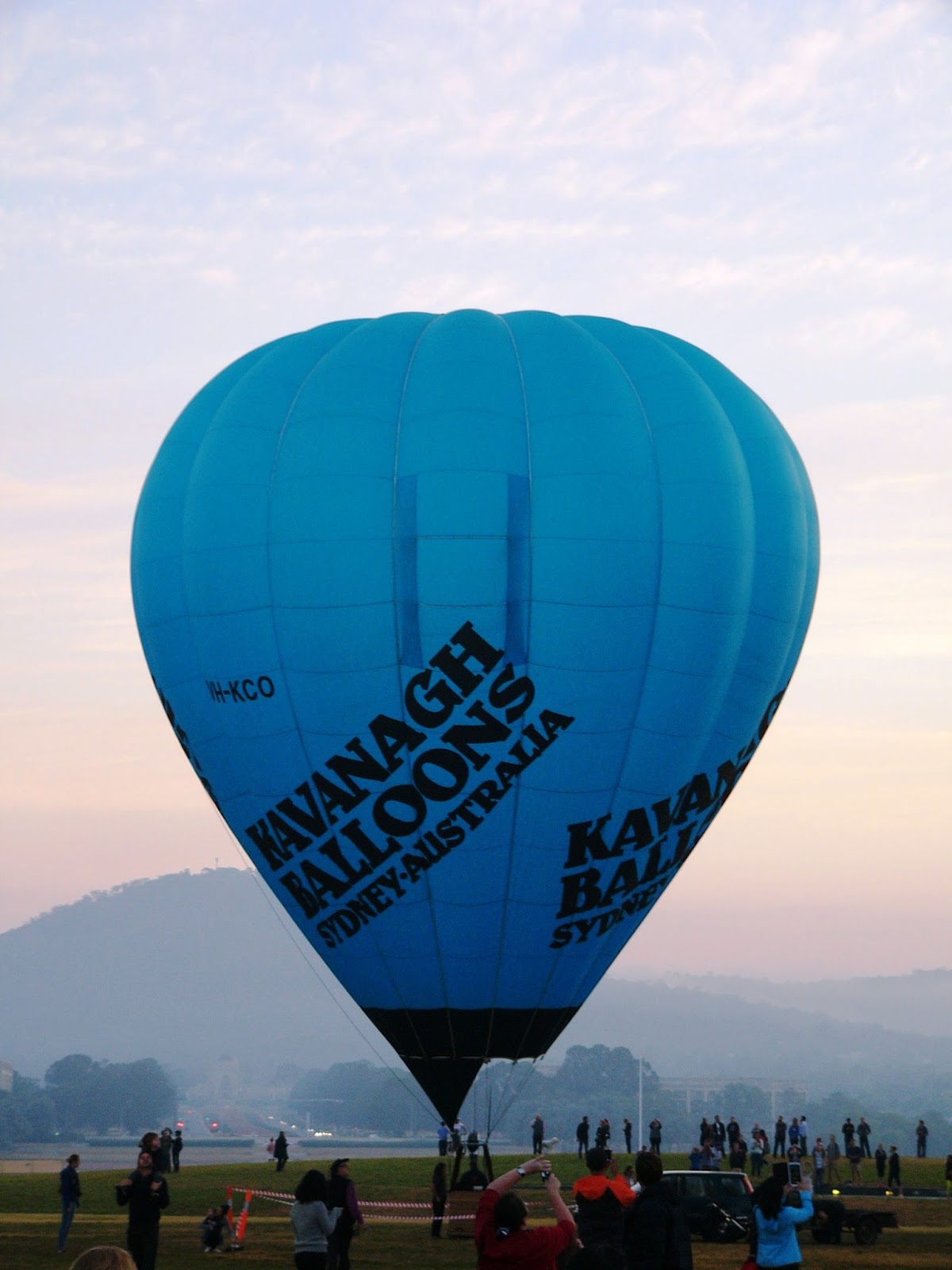 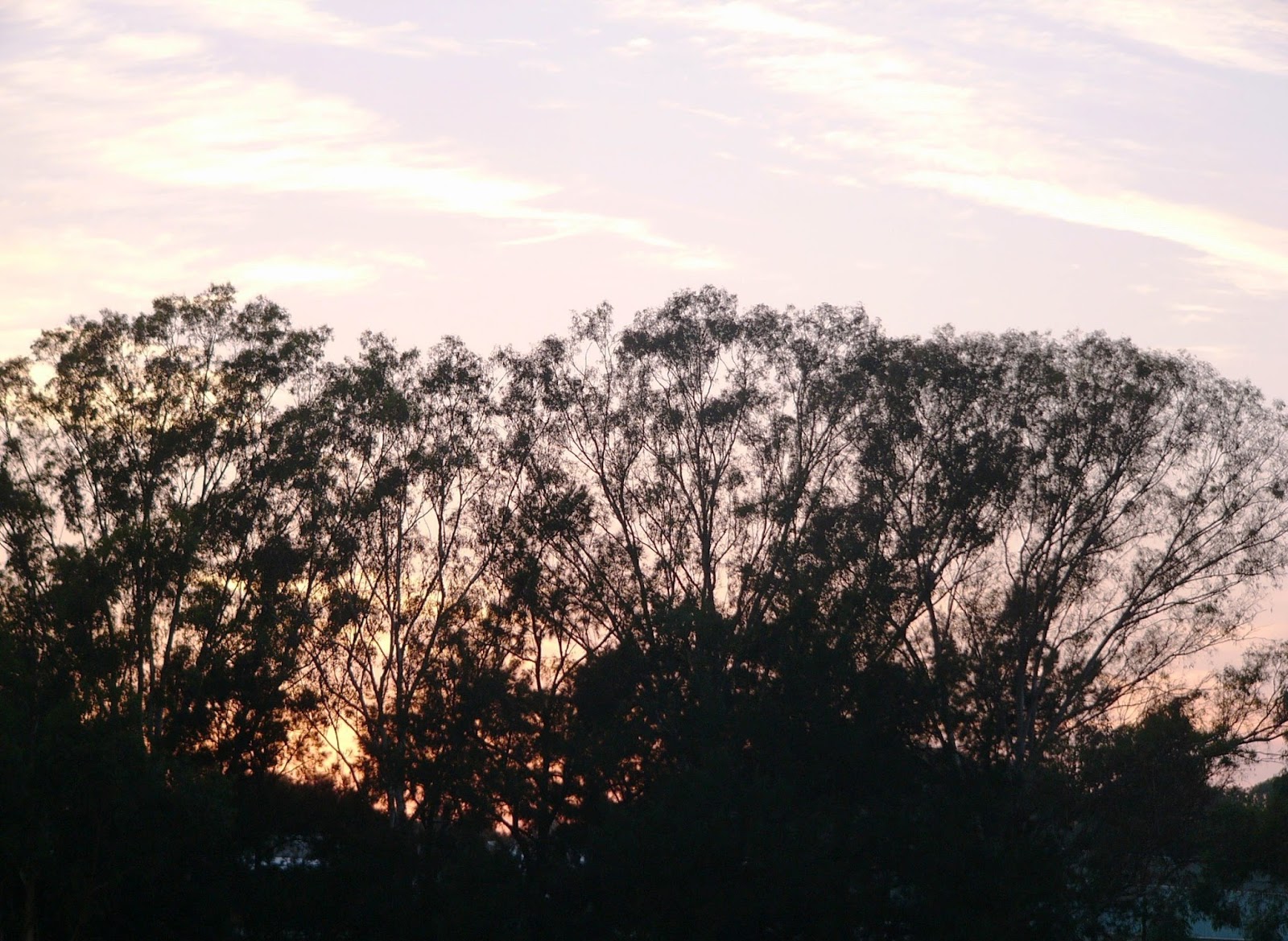 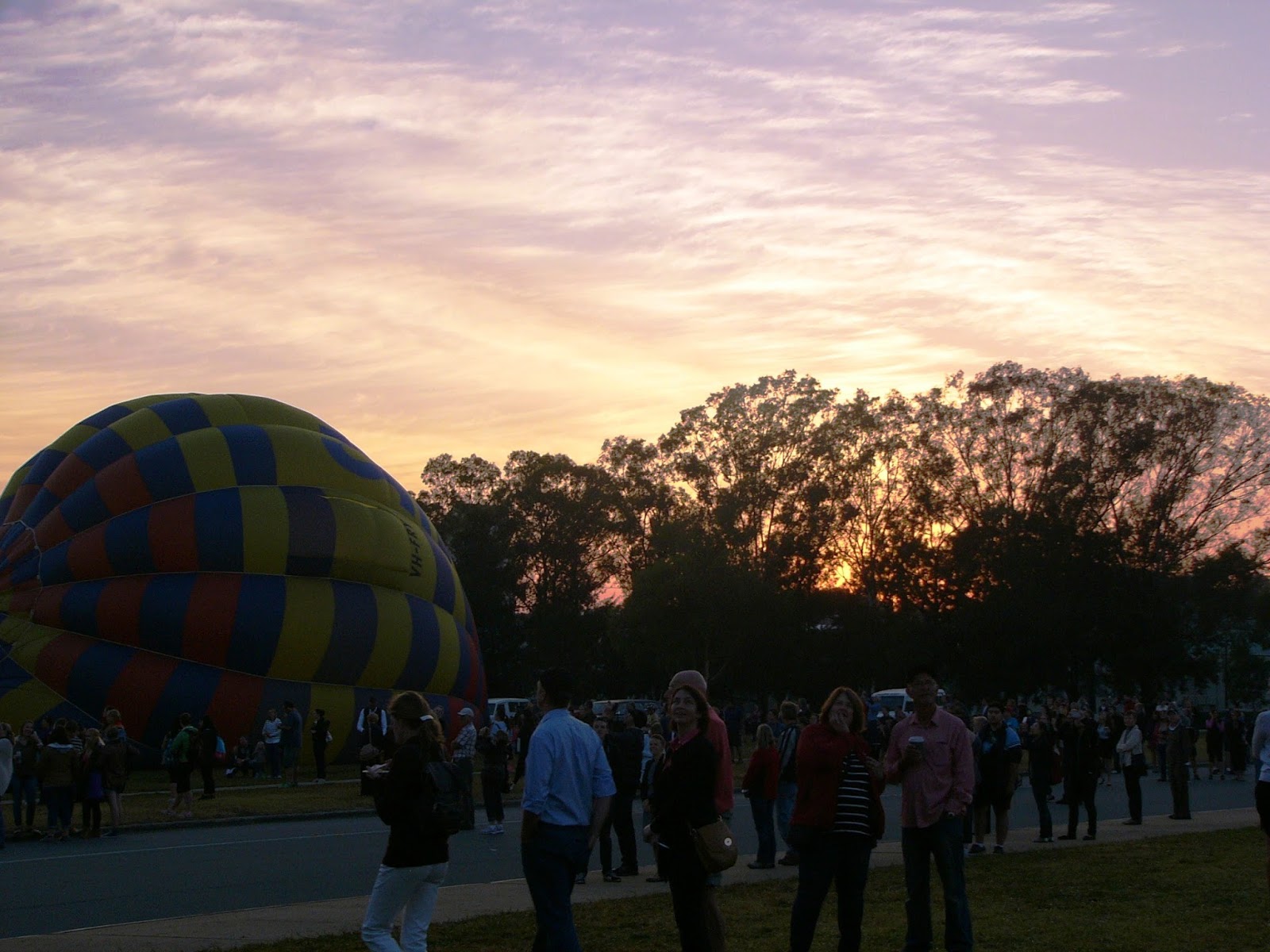 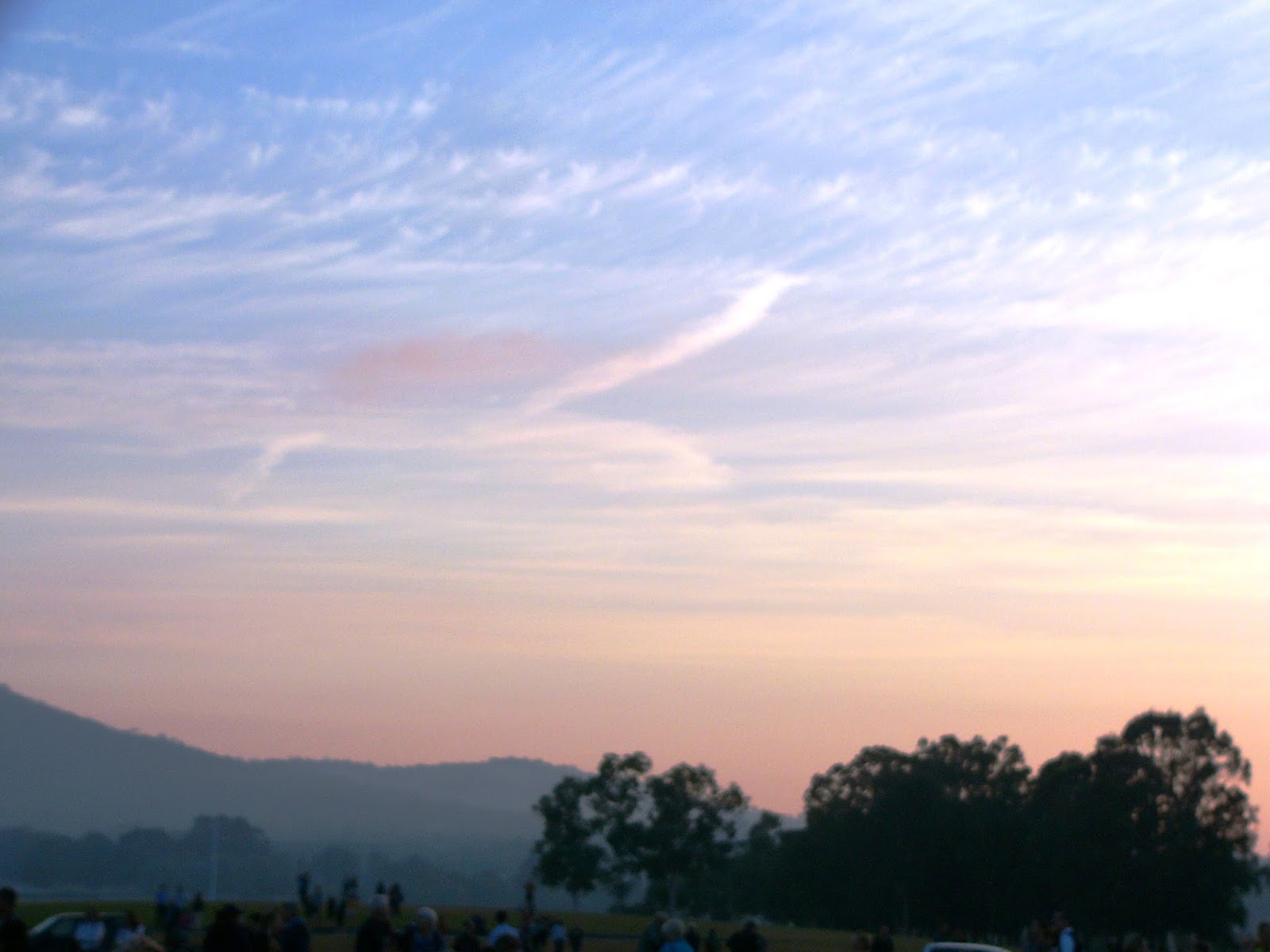 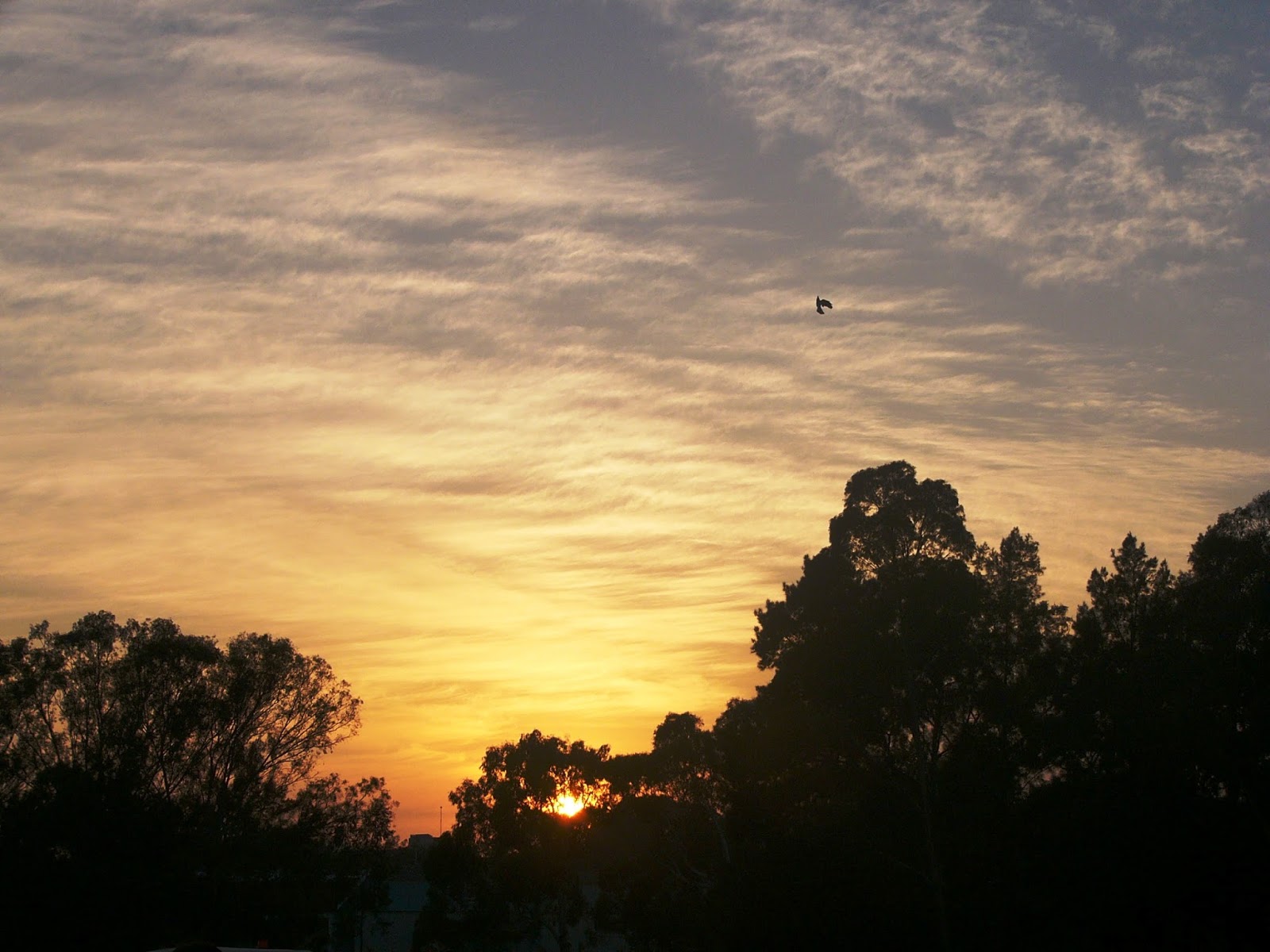 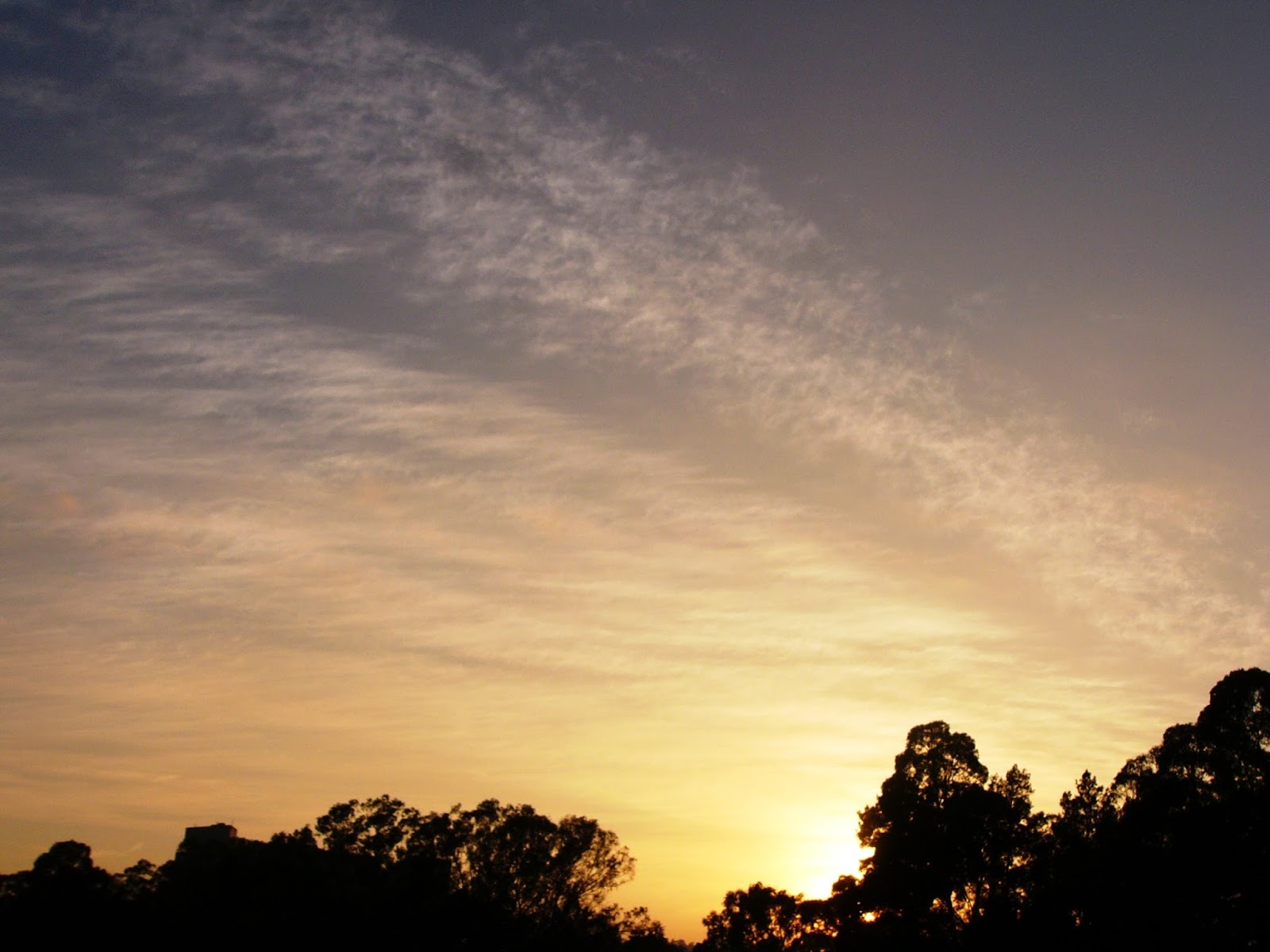 The day was v busy, and included a routine boob squashing.  Sigh.  I am sure that if men were more subject to breast cancer the test would be considerably less painful.

I was a tired puppy by the end of the day, but the sunset had me out in the road doing mad woman with camera dances.  Again. 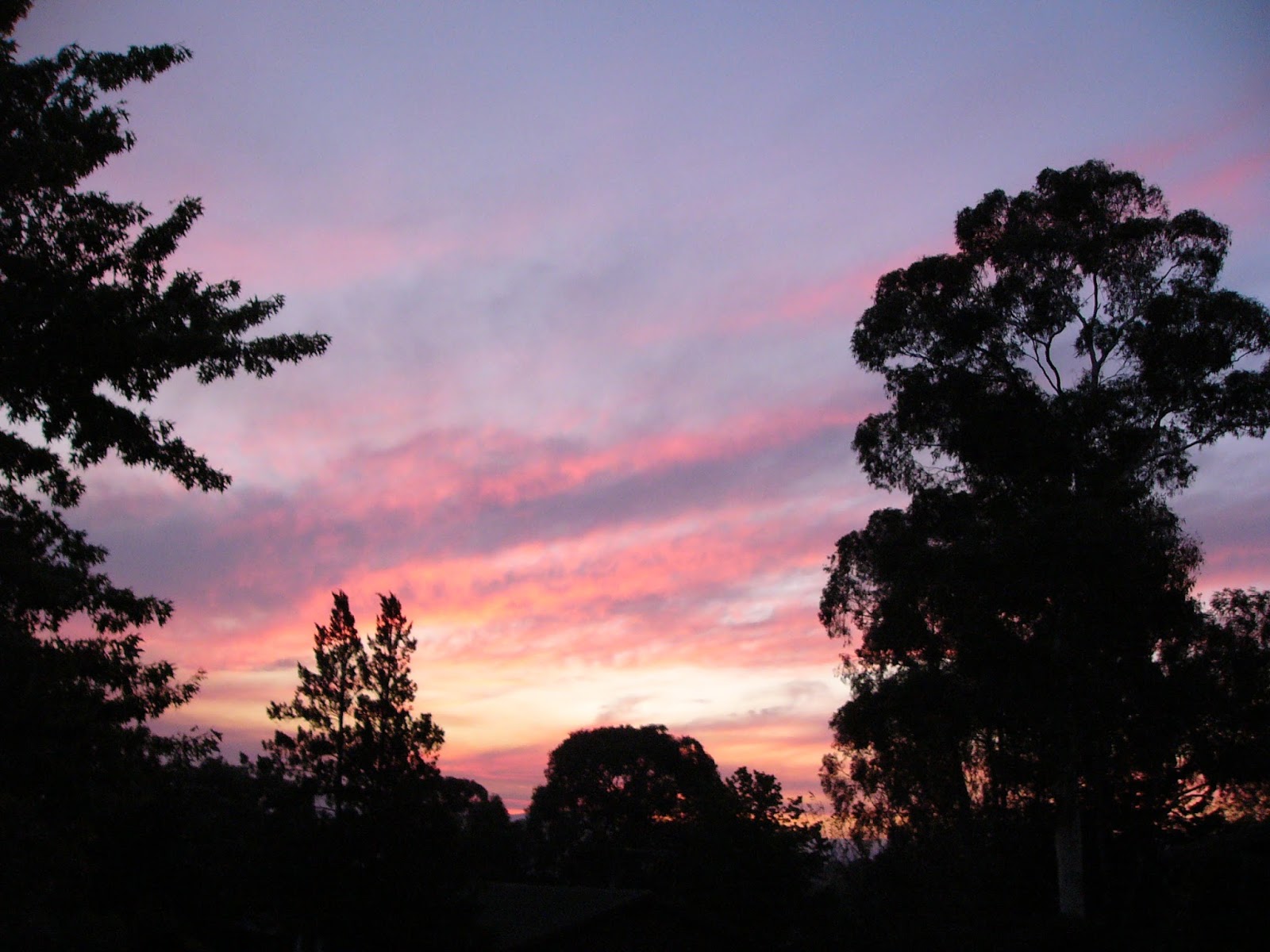 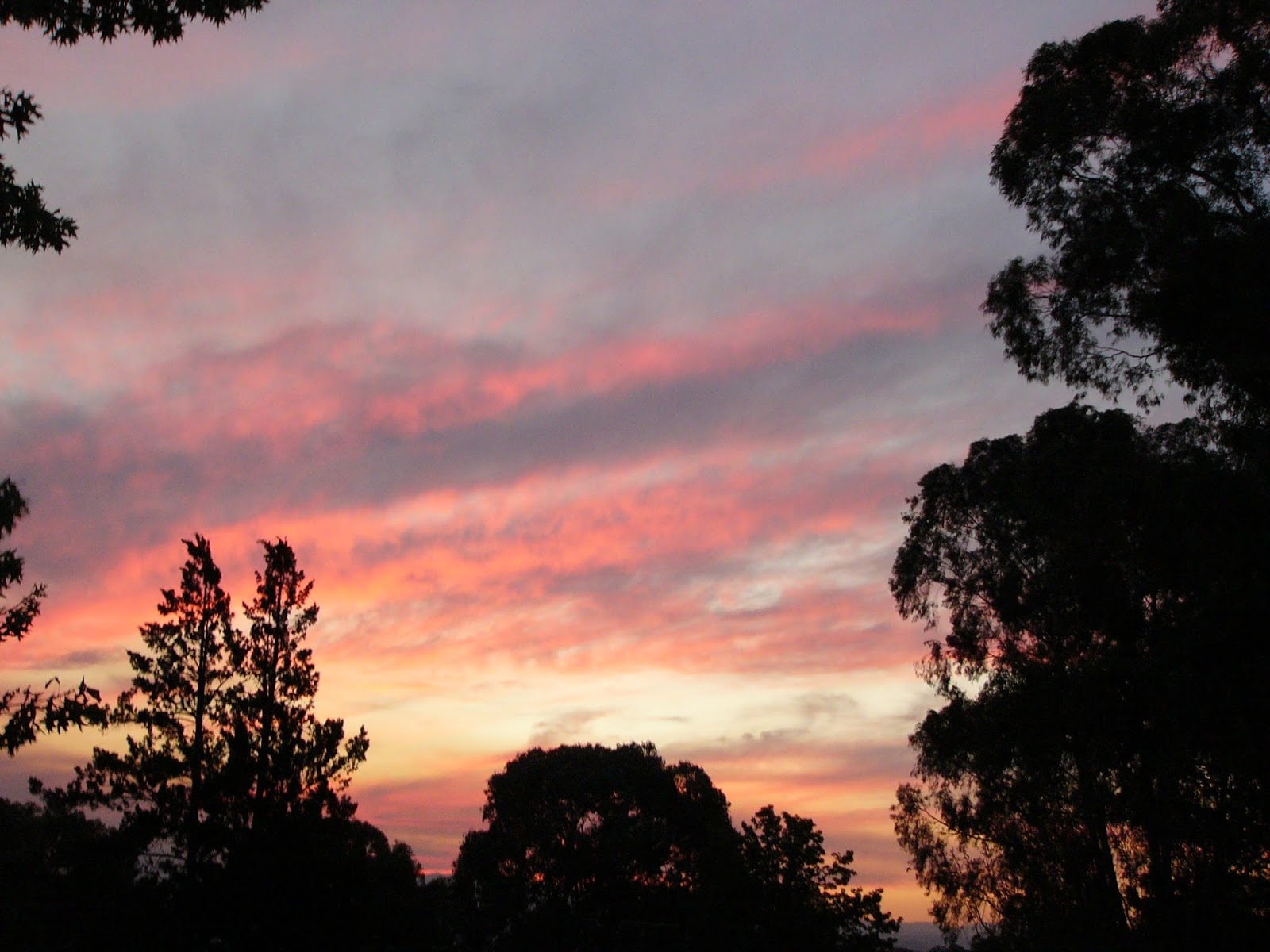 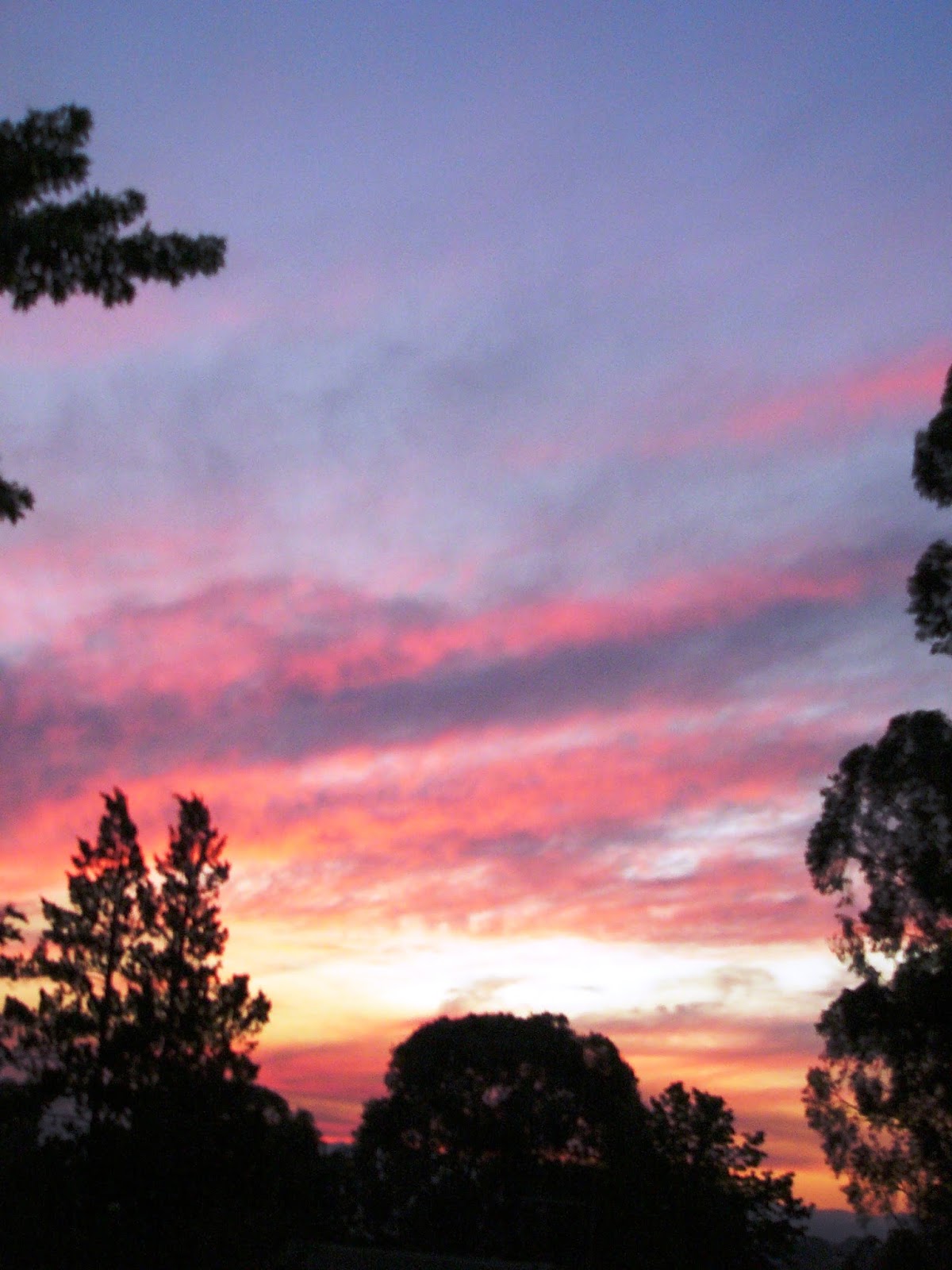 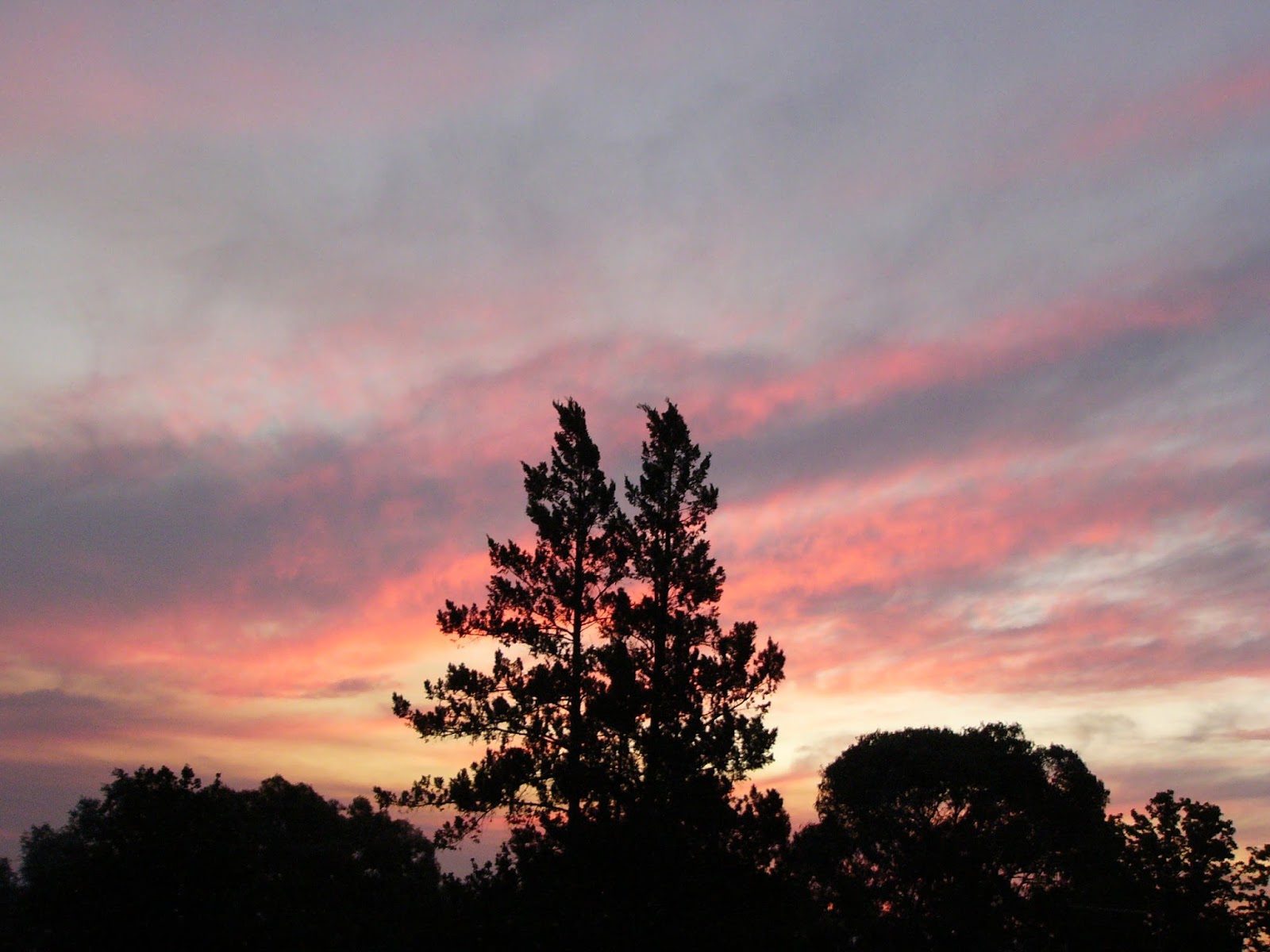 Definitely a good day.  A wonderful start, and a beautiful finish.
Posted by Elephant's Child at 04:24