Like River I usually run with a theme.  This week I am focussing on the weather, and on its impact in the garden.

We have been having some very, very windy days.  Some of you will remember that a large gum tree crashed into her house while I was talking to one of my sisters-in-law on the phone.  This week it was our turn.  A substantial branch came down and landed on the bed I had been weeding.  It was all I could do to drag it off the bed, so I am glad I was not in the garden at the time. 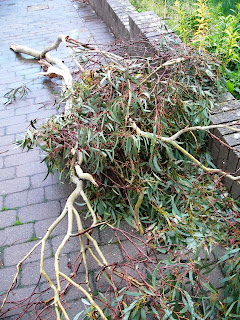 Our tree dahlias (dahlia imperialis) also suffered.  We grow more than a dozen of these leggy beauties every year and keep our fingers crossed that they will bloom before the frost kills them.  Things were going well.  Most of them were at least eight or nine feet tall and laden with buds.

And then the wind snapped all but three.  The remaining ones were bent, but not broken. 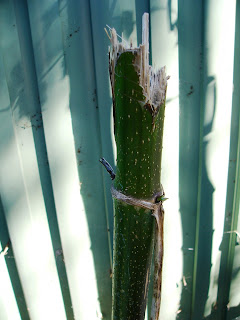 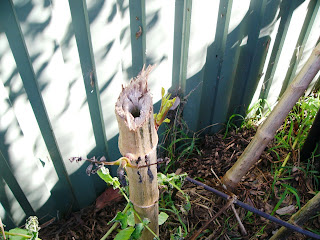 The next day showers were forecast.  Showers we got.  Showers of hail. 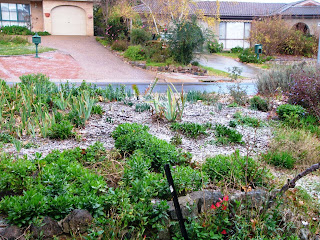 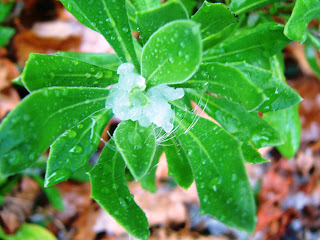 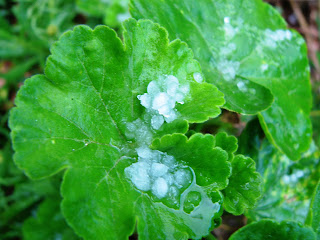 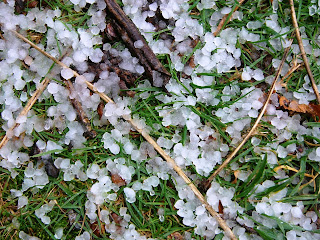 That night temperatures plummeted and my city recorded the lowest temperature of anywhere in Australia, and we got a heavy frost.

The remaining tree dahlia's leaves are black and burned.  They still have buds, but I am not hopeful. 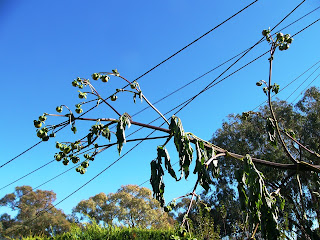 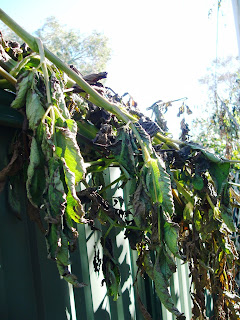 I expect that next weekend I will be cutting them back to ground level, and hoping for better luck next year.

And yet.  It isn't yet winter here, but many of the spring flowering bulbs are poking through the ground.  And some are in flower. 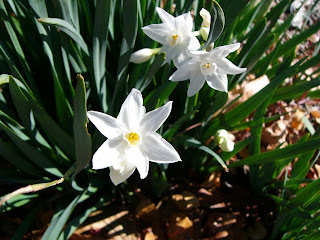 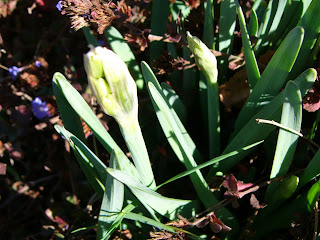 Weird. Discouraging and hopeful at the same time.  But gardening is like that...
Posted by Elephant's Child at 05:05