Like River I usually run with a theme.   This week?  Not really.

I am starting with a trip to town I took last week.  All the photos were taken on my phone - which is usually neglected.

Starting with red clover in flower at the bus stop.  I don't think I have ever seen it flower before. 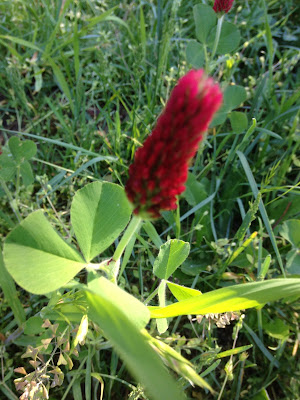 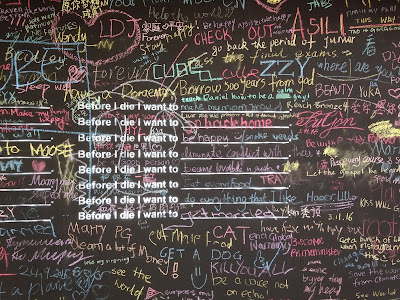 This is a new installation.  You will probably have to enlarge it to see some of the responses - and there were four or five more boards in place.  I don't think there is anything in particular I want to do before I die.  I am obviously sadly lacking in ambition. 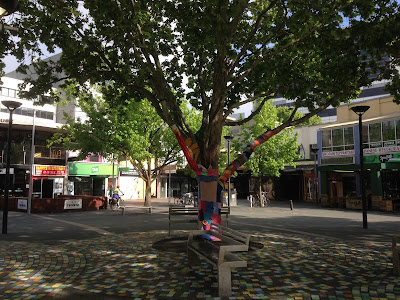 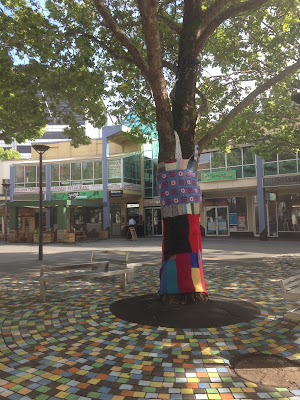 It is warming up fast here.  I felt for the yarn-bombed trees. 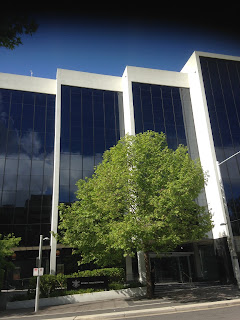 I always love the reflections in this building.

We had a brief sunshower/storm the other afternoon.  I found the light fascinating.  Twenty minutes later we had full sunshine and daylight again. 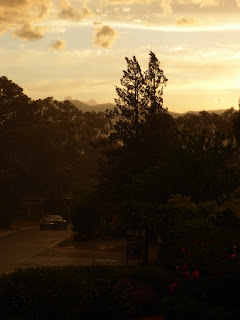 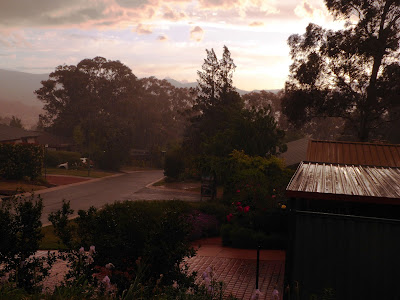 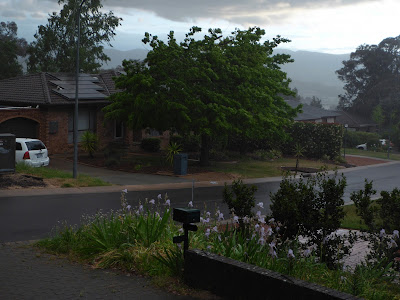 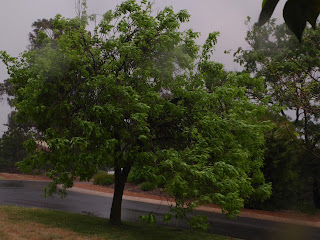 And more from the garden. 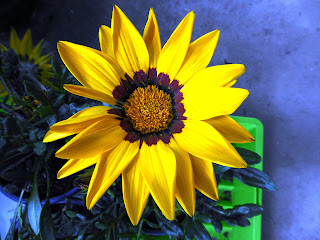 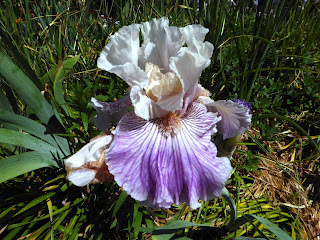 Yet another bearded iris. 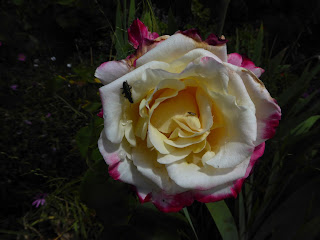 And double delight rose - which has a delightful scent too.
Posted by Elephant's Child at 05:08