Like River I usually run with a theme.  This week I am returning to autumnal magic.  Coming back from town after a Lifeline shift I noticed that the Manchurian Pears had exploded into colour.  I thought about it, and decided that we would get the 'best' view from the water.  So we took yet another lake cruise.

And were very, very lucky.  I woke himself up much earlier than he likes.  It was bright and sunny but while he had his breakfast coffee the clouds rolled in.  He suggested postponing the trip (and going back to bed).  I resisted, and with a lemon-lipped driver at the wheel we headed off.

The clouds got thicker and thicker as we drove across town.  And miraculously cleared while we were on the water.

Settle in for my usual extravananza of photos.

Still quite cloudy, and the colours are dim. 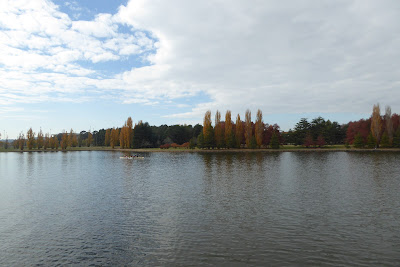 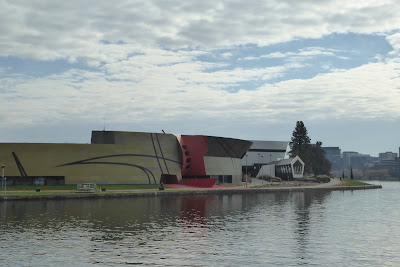 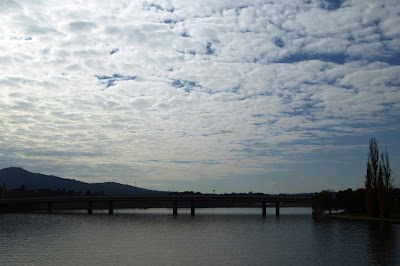 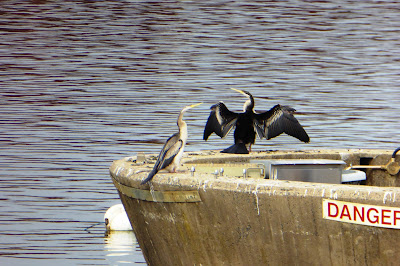 Cormorants soaking up the almost non-existent (at that time) sun. 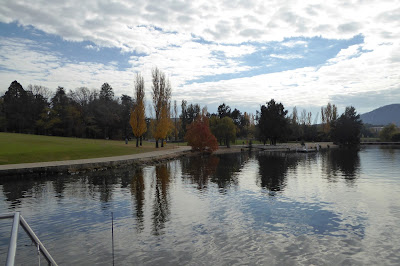 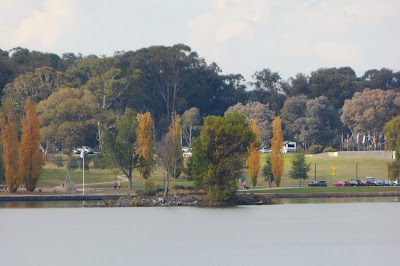 The clouds were starting to break up. 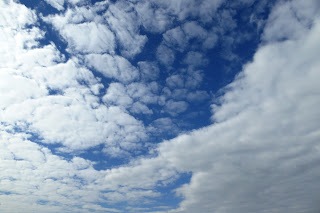 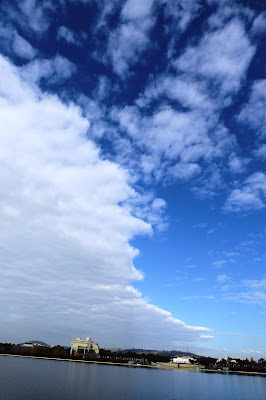 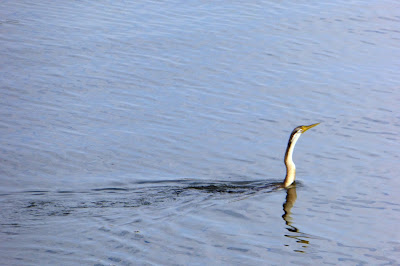 I was amazed at how 'low in the water' the cormorants swim.  They look rather like sea monsters... 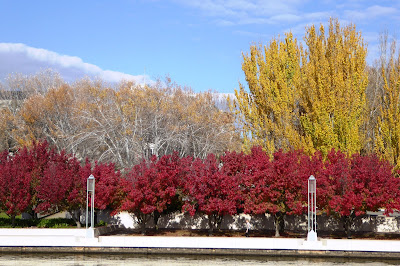 Some of the machurean magic. 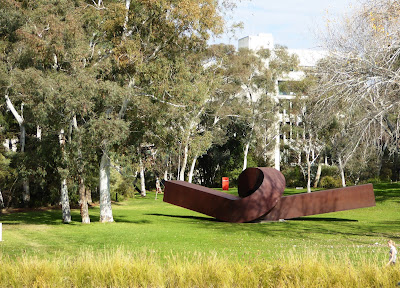 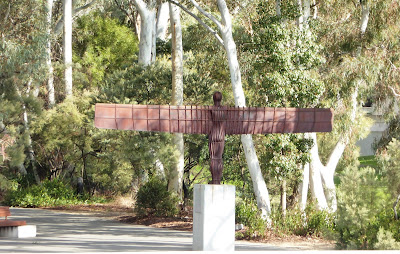 The sculpture garden from a different perspective. 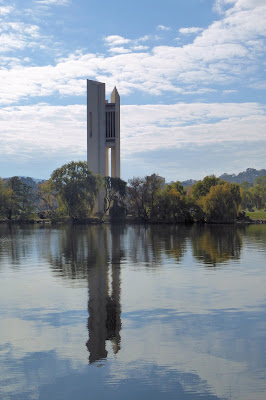 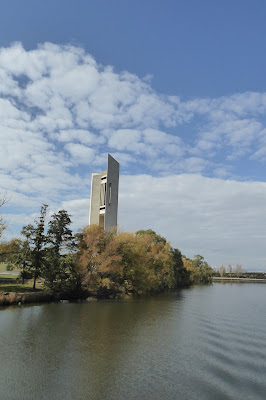 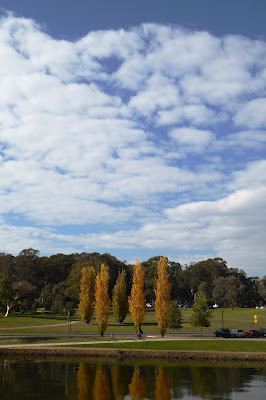 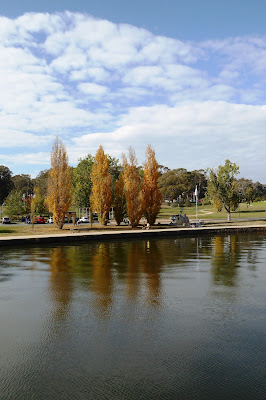 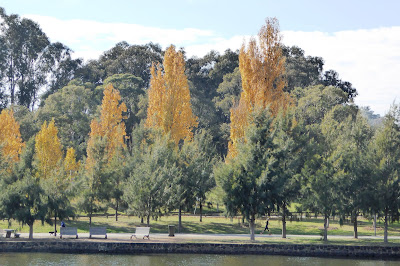 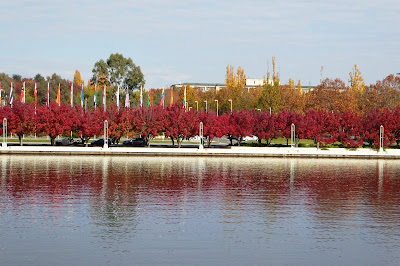 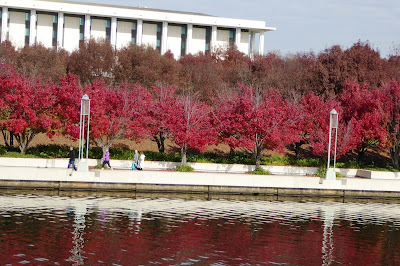 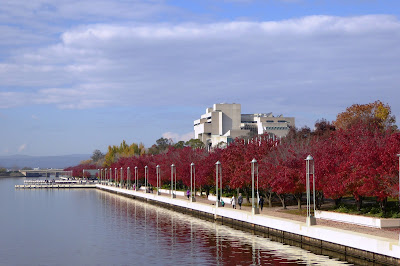 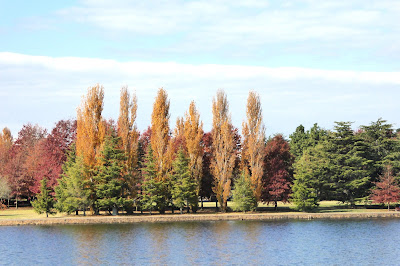 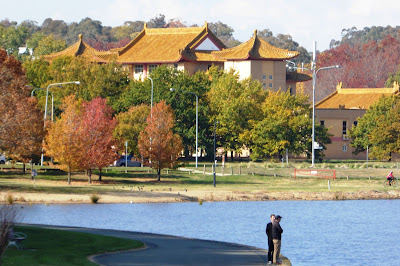 That is the Chinese embassy in the background. 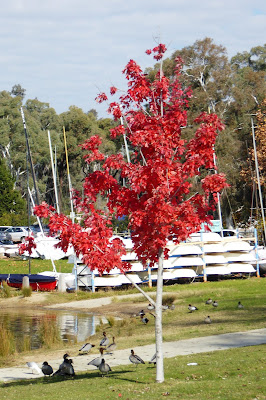 It was a delightful outing.  I mentioned that we had a treat planned for the Thursday which has just gone.  Signs up at the yatch club said that on Thursday mornings we could take a cruise in the opposite direction to the Governor General's residence and disembark and wander through the gardens.  Sadly they lied.  This is indeed a trip we can take - but it is very occasional.  So a treat yet to come.
Posted by Elephant's Child at 05:39