Like River I usually run with a theme.  The week just gone by has been busy.  Our gutters were removed and replaced.  The tradesman arrived about seven each morning and worked late too.  Lifeline and other things filled in the 'spare' time.

Each morning I took photos just after dawn and am going to share some of them.  I do love the early hours.  A soft light.  A gentle light. 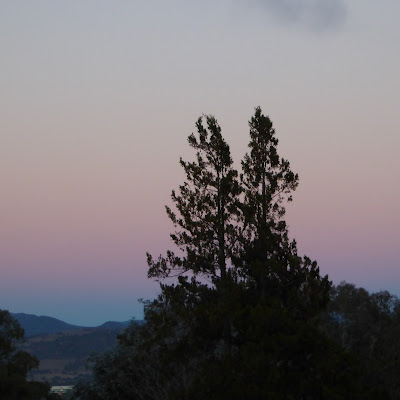 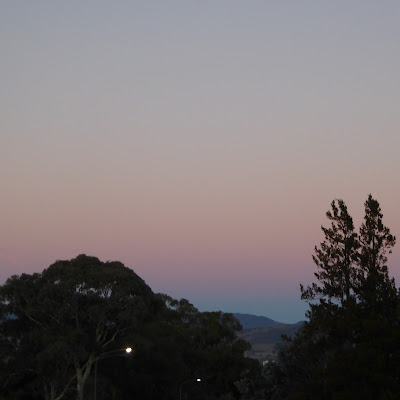 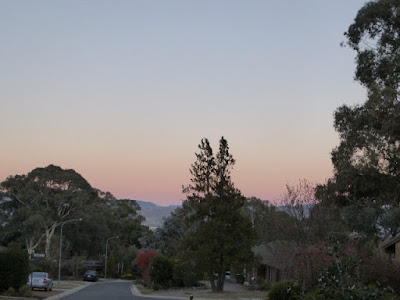 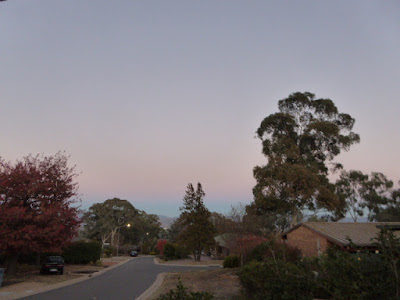 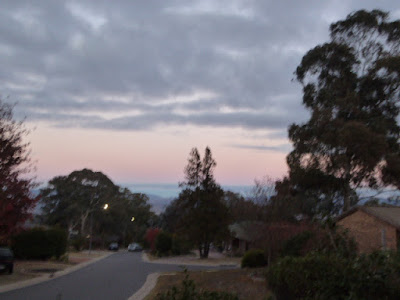 There is other colour about just after dawn too.
The leaves on the ornamental cherry in the back yard just about glow... 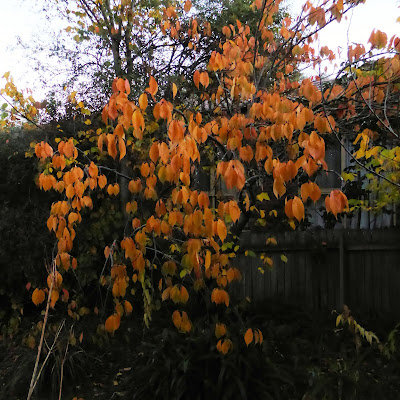 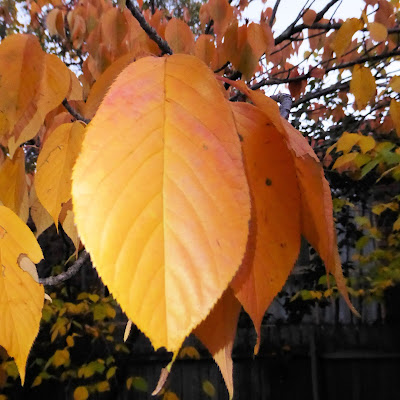 There have been frost flowers too.  If I get lucky we will soon have mornings which are cold enough to freeze bubbles. 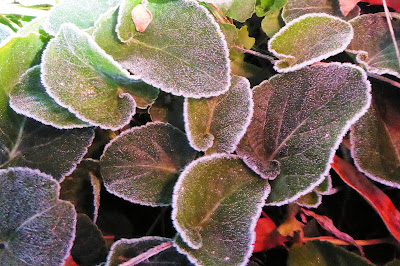 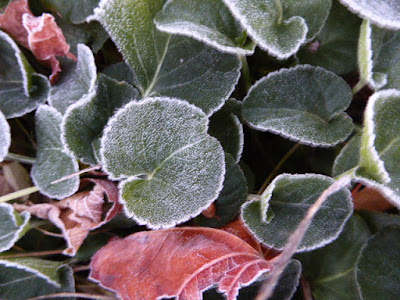 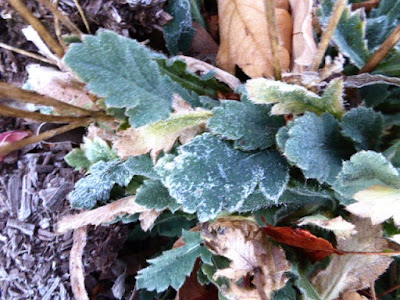 And, at the other end of the day, we have had splashes of more vivid colour. 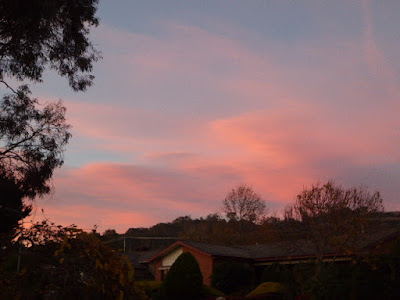 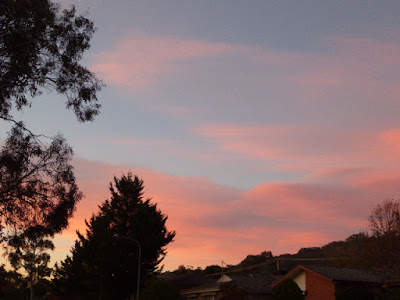 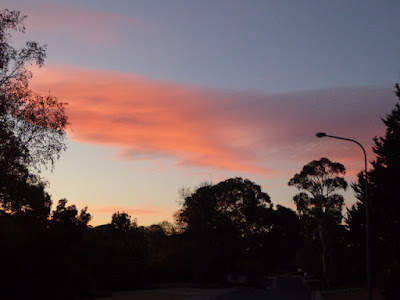 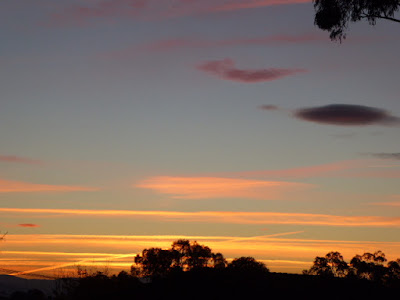 This coming week is going to be busy too.  A different set of tradies (roof restoration), Lifeline, a medical procedure for himself, and (hopefully) some mulch delivered and spread.
Posted by Elephant's Child at 04:36