The WEP (Write, Edit, Publish) Challenge so generously hosted by Denise Covey and Yolanda Renee is back.  Olga Godim and Nilanjana Bose have joined the team, providing welcome support to the doughty duo and adding to the wealth of ideas and talent.  Yolanda is not well and is taking time out.  She will be sorely missed and we all wish her a speedy and complete recovery. 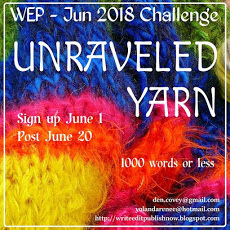 If you visit here and click on any names with a DL next to them you will be taken to some wonderful pieces.   As always I expect to marvel at the other participant's creations yet again.

This theme has been haunting me for a while.  My piece is an exorcism, a catharsis, or something between the two.


Joan was a scientist. A mathematician. A statistician.

She was an innovative cook, a gifted gardener and an embroiderer (of fabric and words).


She was a woman of determination and courage.  Widowed in a new country with three small children (one of them very ill) she ensured that they had everything they needed and much of what they wanted.  Poverty demanded that clothes were made not bought, a necessity she turned into an art form.

She ran an unofficial women's refuge from home.  Families in crisis came to lunch and stayed for weeks.  She taught migrants English in her lunch hour.

Bobbin lace intrigued her.  So she taught herself.  Taught herself so well that she was invited to make the lace collars and cuffs for the Parliamentary Speaker when the new Parliament House in her adopted home opened.

She was a heavy smoker who loved coffee, wine and conversation.  She had a nose like a parrot and a mop of curly hair she described as a flying doormat.  The neighbour's small son called her Mrs Bosoms.  She laughed.

She was complicated, inspirational and the woman I aspired to become.  I was the only child of her second marriage.  A marriage she refused to contract until she was certain it was right for my brothers.  At a time when it 'wasn't done' I was born out of wedlock and attended my parent's wedding celebration.  I am told I had hiccups for days.

When my father died, that inspirational woman died too.  In the weeks after his death she numbed her pain with alcohol.  Those weeks blurrily slipped into months and years.  Her medicinal doses of wine started earlier each day.  She was often very drunk before nine, and rarely completely sober.

Always an independent woman she still claimed the title.  And rang me dozens of times each day with demands for assistance and stories of persecution and woe.  There was a grain of truth to her tales, but that grain was often small, inconsequential and well hidden.

Her world shrank to exclude any source of happiness or joy.  She no longer read, cooked, gardened, or sewed.  She shunned friends and alienated those who refused to take the hint.  She also did her excellent best to set family members against each other.


She spent her days sitting on the lounge room floor with a coffee cup, overflowing ash trays and a cask of wine beside her.

In a rare co-operative moment she agreed that she probably shouldn't drive.  I quickly sold her car, which didn't cramp her style.  The local grocer delivered her wine, her cigarettes and miniscule amounts of food.  She was characteristically resourceful in finding ways to avoid leaving home.  Did you know that you could send dentures to the dentist for repair by taxi?  Neither did I.

She was sad, lonely and despairing.


I was sad, angry and despairing.

Then she had a massive stroke.  She spent over nine months in hospital.  Forgive me, but I was glad.  She was safe.  She wasn't drinking.  She was eating.

In hospital she continued her skilled manipulation of people.  One day I told her that I was very, very tired and wouldn't be in the next day.  Shortly after nine the next morning the phone rang.  It was the hospital. 'Your mother is in tears because you said you were never coming back.  You need to come in.'  I went, and was greeted with 'I thought you weren't coming in today'.

She was adamant that she wanted to go home, and although she needed 24 hour a day care, the hospital administrators helped her achieve that goal.  Significant household modifications had to be made and nursing care organised .  I was responsible for arranging both.

She had been home for nearly two hours when she had her first fall.  The next day the carer rang me again.  Mama had rung up her local supermarket and ordered delivery of both wine and cigarettes, despite being without either for nearly ten months.  The pattern continued.  The carers would ring me several times each day.  My presence at her home (two buses away) was often essential.

Ten days after she returned home the carer rang me to say that she was very far from well and refusing medical treatment.  When I got there it was obvious that she was desperately ill so I called the ambulance.  Furious she told the paramedics that I was being selfish and just wanted her out of her own home.  The hospital rang me in the small hours to say she was dying.  She died shortly after I got there without gaining consciousness.  And in our last speaking interaction we were both angry.  Which I mourn.

When my  mother took the plunge into alcoholism she became a stranger to the truth.  A while after her death I discovered that this trait wasn't alcohol related.

For example we had always been told that her brother, a doctor, had died of an untreated melanoma.  It was implied  that he died relatively young, unmarried and childless.  Years after my mother's death a brother's exploration of the family tree revealed that our uncle had died, of a heart attack, a few years after my mother.  He had four children.  He had been a doctor.

My father was the warp to my mother's weft.  Without him her life fell into disarray.  I could not fill the gaps.

Learning that my family history was built on a tissue of lies caused my world to lurch.  I will never know why she felt the need to fabricate a different past.  I do not and cannot know what her reasons are.  I cannot alter them.

A shift in focus is finally helping me dispel the grief, the guilt, the anger and the confusion.  The ugly years were there, but I am now also remembering and celebrating the woman she was rather than the tragedy she became.