Like River I usually run with a theme.  As I said last week, winter has arrived.  We had a couple of very brisk starts early this week - so I went out and froze bubbles.  Himself was still asleep and Jazz ensconced in the warm but I had a heap of fun.  And yes I did get some weird looks from early birds heading off to work. 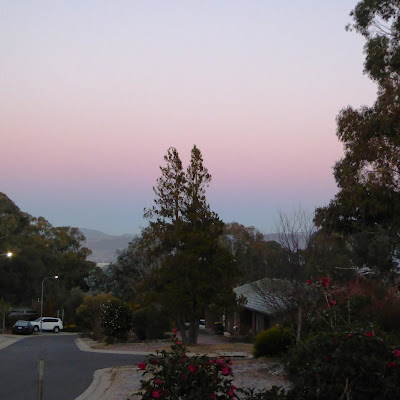 It was a lovely soft dawn too - another bonus. 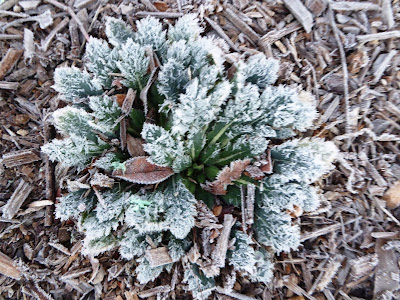 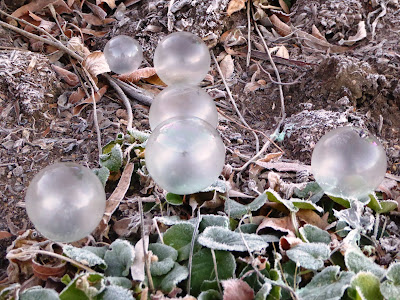 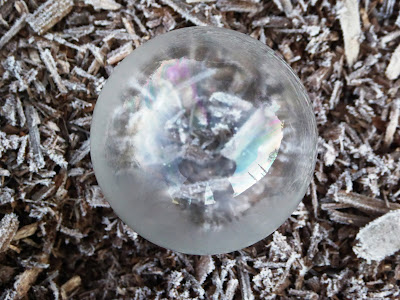 If you embiggen this one you will see a reflection of the hills behind.  A very lucky shot. 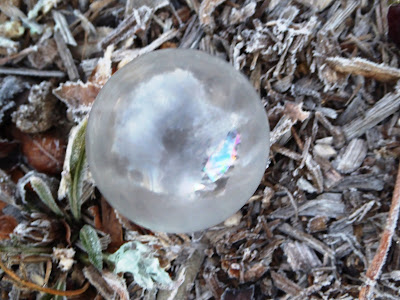 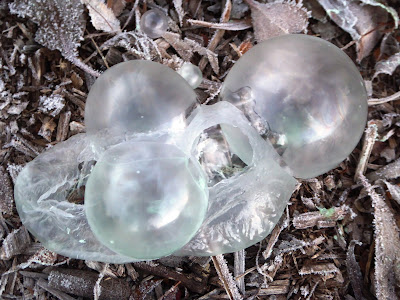 Not only do I love the frozen bubbles I am endlessly fascinated by their demise.  Unlike normal soap bubbles they don't pop and disappear.  Some develop slow leaks and wither, and those that pop leave a shell behind them. 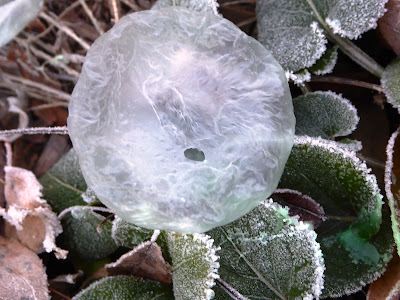 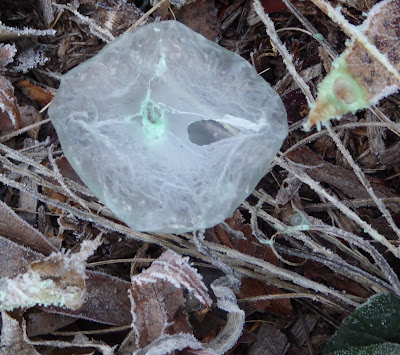 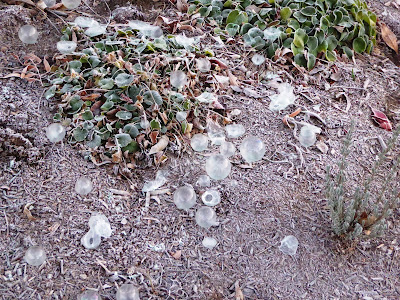 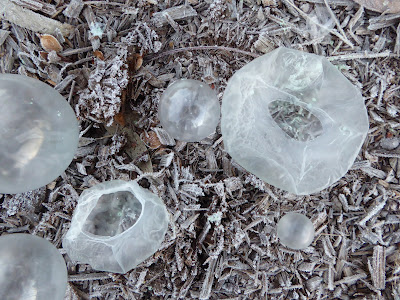 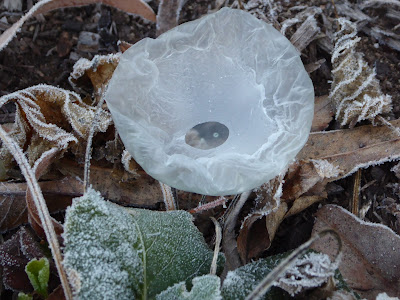 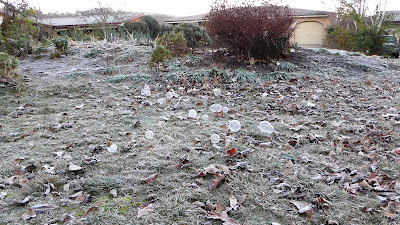 Some of them lasted a couple of hours, only disappearing when the sun was directly on them 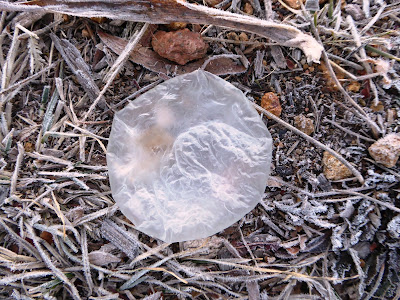 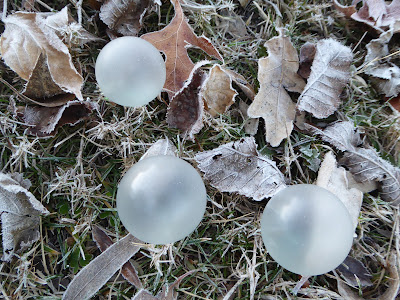 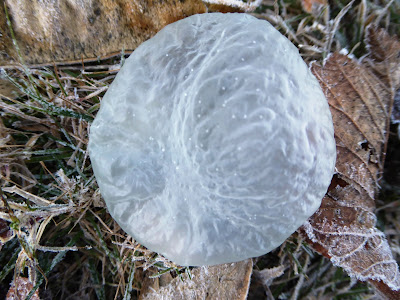 This one made me think of brains (frozen zombie treats?). 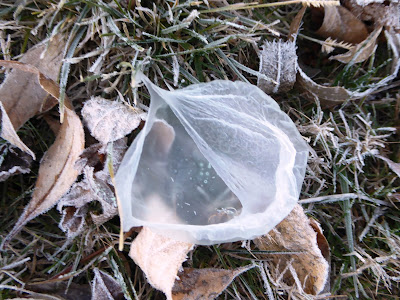 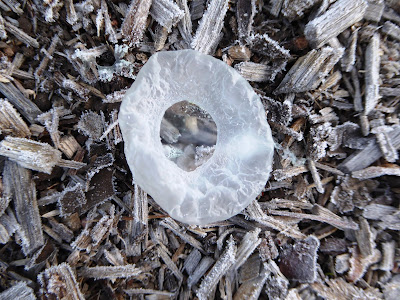 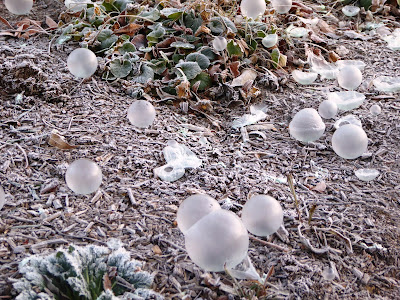 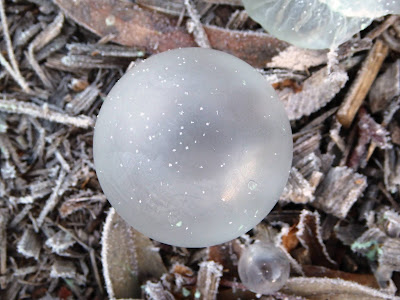 I think the spots on the last one was a layer of frost developing.  It was chilly, but I did have a wonderful, wonderful time.  I suspect that if we get another chilly snap I will continue to feature as mad woman with camera.