Like River I usually run with a theme.  This has been a grey week, both literally and metaphorically.

However, heading out the door early to go to Lifeline one morning this week I was stopped in my tracks by a truly spectacular dawn.  I HAD to rush inside for my camera and nearly missed the bus.  And it would have been worth it if I had.

This is a more normal dawn for us.  Pretty, but understated. 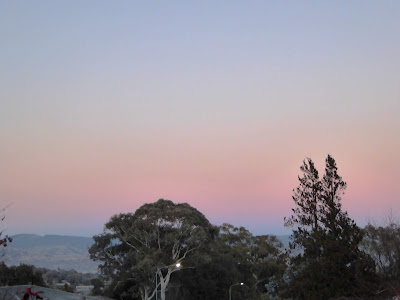 And these images will explain why I rushed inside for my camera. 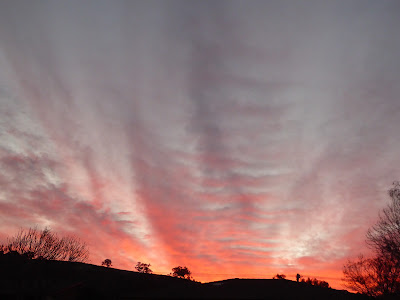 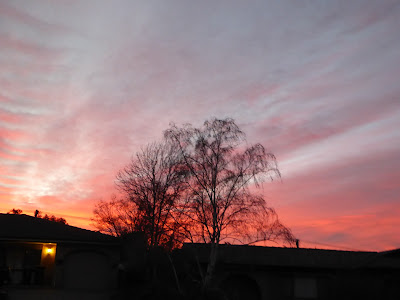 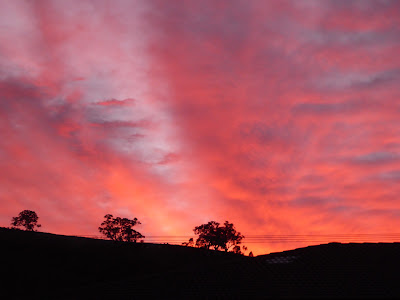 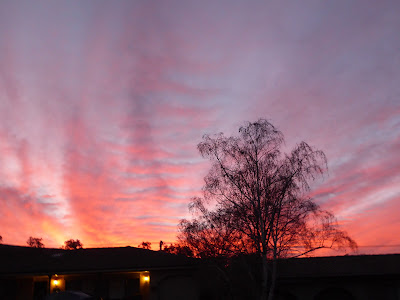 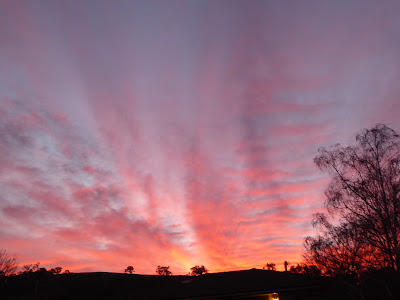 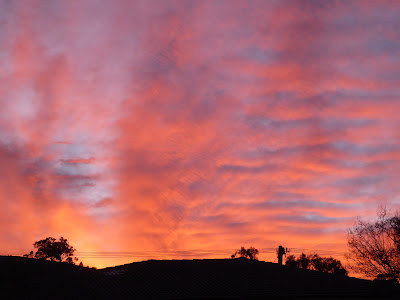 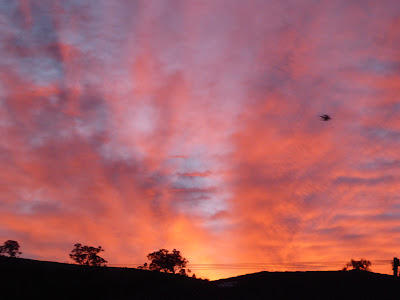 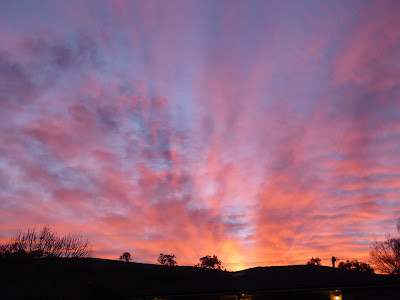 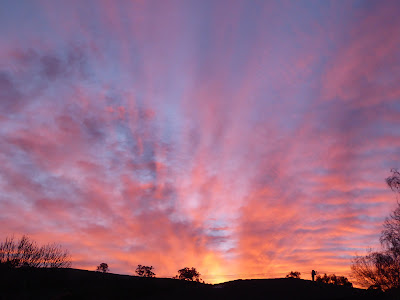 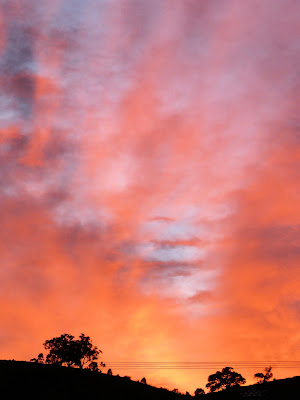 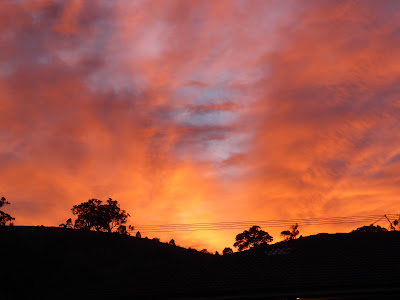 Sadly those red skies didn't warn us of ANY moisture falling from the skies.

There were other patches of colour and drama in my grey week too. 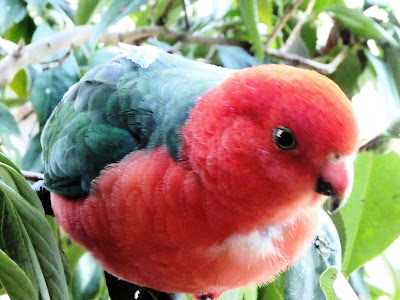 This King Parrot has got quite clever, and comes to the back yard rather than the front.  He and his female companion can be fed there without being menaced by other birds. 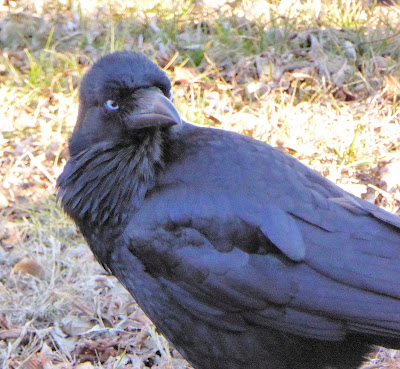 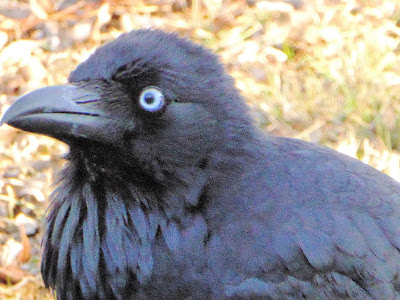 The Bearded Ravens are such majestic birds.  Sadly they too give way to the bully boy antics of the much smaller Rainbow Lorikeets featuring in the next photos. 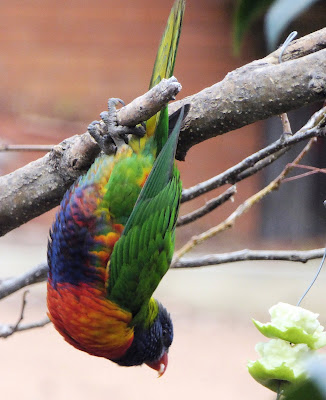 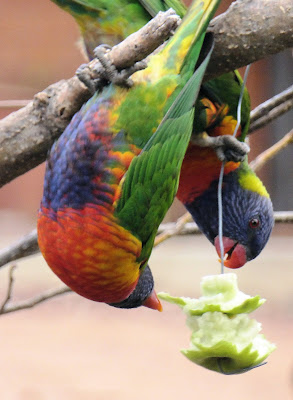 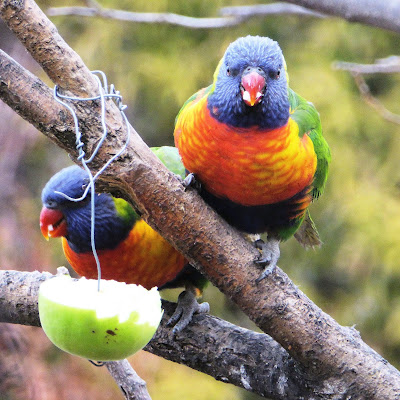 Finally, please send some good wishes.  The eldest of my brothers has a health crisis and we are all worried.
Posted by Elephant's Child at 04:41